I’ve been away from this blog for a long spat of time. I really can’t remember when I stopped posting. Checks logs. Oh, last time I posted was on my birthday back in September. Well, high time I posted again, or the internet might revoke my domain or something.

I finished writing my latest mystery novel and it’s out to Beta Readers at the moment. So far they are loving it and I will soon be cleaning up the manuscript and sending it off to my editor. I’m not sure that I will self publish this one. I have totally failed to succeed with the first mystery, Null Pointer. So I’ve started taking it out of online stores. If you still want it, get it ASAP. I’m thinking come Christmas, it will be gone. The reason I’m taking it down is that I plan on sending the second mystery to an agent. It’s the second book of a six book series, so I’m hoping to sell it as a series. Anyway, sometime early next year I’ll be sending it to agents who work with mysteries and sci-fi.

Because, I also have a stand alone sci-fi novel that is nearly ready to be edited too. If I can snag an agent for the mystery, I’m hoping they will at least consider the sci-fi manuscript. Anyway, all that will be going on in the next few months behind the scenes. Meanwhile, I have a couple of series that I need to get back to.

First up is book 4 of the Starship Series which will be called Destroyer, Declo Demons. Follow Captain Armon Vance and his Destroyer crew into a seven planet star system in search of Trin Lestor. This is the first of the middle trilogy books and I hope to have it out in the Spring. The other book that I will write next year is Book 5 of the Star Saga – XiniX. I know, I’ve been talking about that one for a while. 2020 will be the year it gets written. Unless of course I sell a mystery series and suddenly have to write four more Joshua Jones novels. ;-)

I tried to make the writing of the Destroyer novella live on Google Docs, but I didn’t get the impression anyone cared. So I’ve taken it off line and loaded it into StoryShop. Not sure if I’ll like writing in this on-line IDE, but I’ll give it a go with that book. I do like the casting ability of this tool which lets you create character bios and pictures of your characters.

As for me personally, Fall is here and I’m still out there running three times a week and lifting in my garage and eating as best as I can. So my health is good physically. My mental health is being treated with books and less and less TV News. It’s the only way I can make it through this long National Nightmare. I’ve read far more books this year, than I have in a long time. Unfortunately, most of them are non-fiction books about politics and science. But the political books are nearly done and the science books will take over. In between them, I’m hoping to get back into more fiction. Both SF and mystery.

My trusty System76 laptop is still going strong, but will soon be retired from book writing. I’m passing it down to my son who will use it to write programs and web applications. Meanwhile, my primary writing laptop will be an HP Spectre x360. It just won’t run a crap OS. It will be running stock Ubuntu. ;-) As many of you may know, I write primarily on my lunch hour at work. My employer has mandated that we only use HP laptops while at work, so I’m towing the line. Luckily, HP makes some bad-ass laptops and I’ll be driving a pretty cool one. Here’s a picture of one, below. 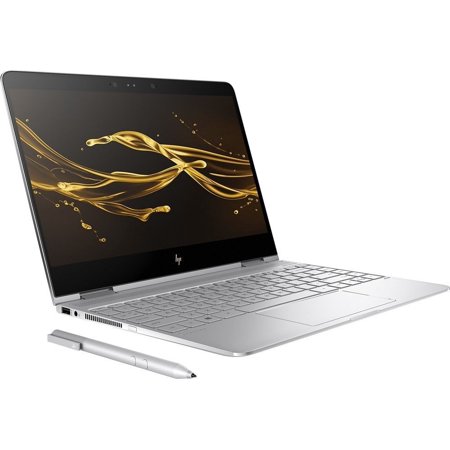 That should get you up to speed regarding me and my writing. Next post I’ll let you know some of the books I’ve read this year and why I recommend them.

One thought on “Oh, Hello Blog!”