The Corvette 3 manuscript is being scrutinized by Beta Readers at the moment, so I have some time to prep the starship models I built for the cover shoot. This began by using canned air to blow the dust off of both the pirate ship and the new corvette. More time was taken on the Kootenai to ensure dust and hairs were removed as it would probably be in the foreground. I had to glue a piece back on that the air can blew off, but other than that, they were good to go. 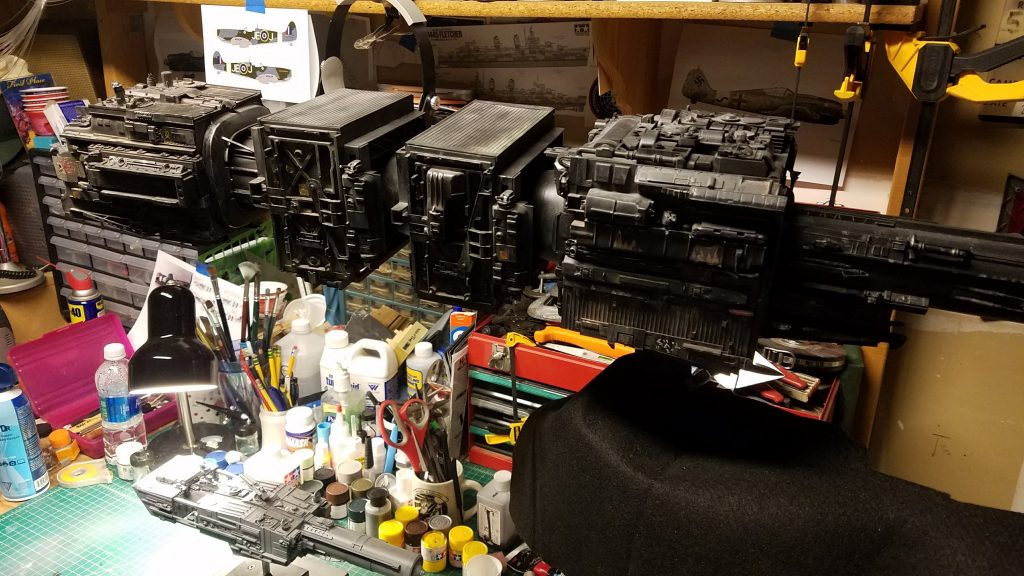 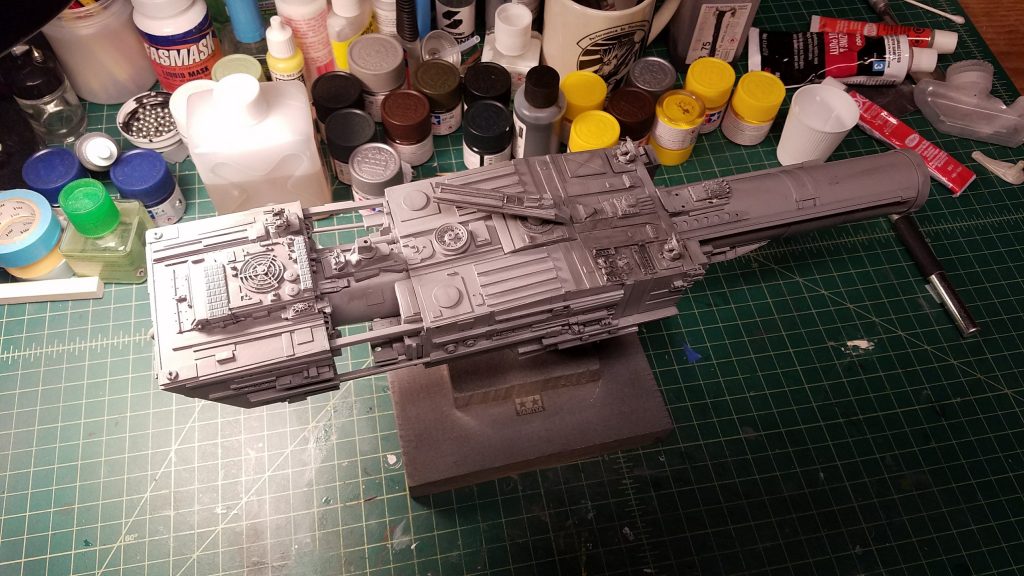 I still don’t have an exact idea how the ships will be positioned on the cover. I’ll try and replicate a scene from the novella and make it look visually interesting. But the end cover will come alive after a decent Photoshop session from Byron, my cover artist. The color scheme will include mostly blues and oranges. No more black and white covers like Corvette 2.

The title will be orange and the nebula and twin black holes in the background will be blue. I’m going to rely on Byron to make all that. I think the end product will be engaging and fit with the previous covers of the series. Since this is a trilogy and the next books will be called Destroyer, I’ll probably combine three novellas into a single book and charge $1.99 for it. That cover might be just a collage of the other covers.

The ebook should be out at the start of this summer with the paperback version probably coming out in the fall.