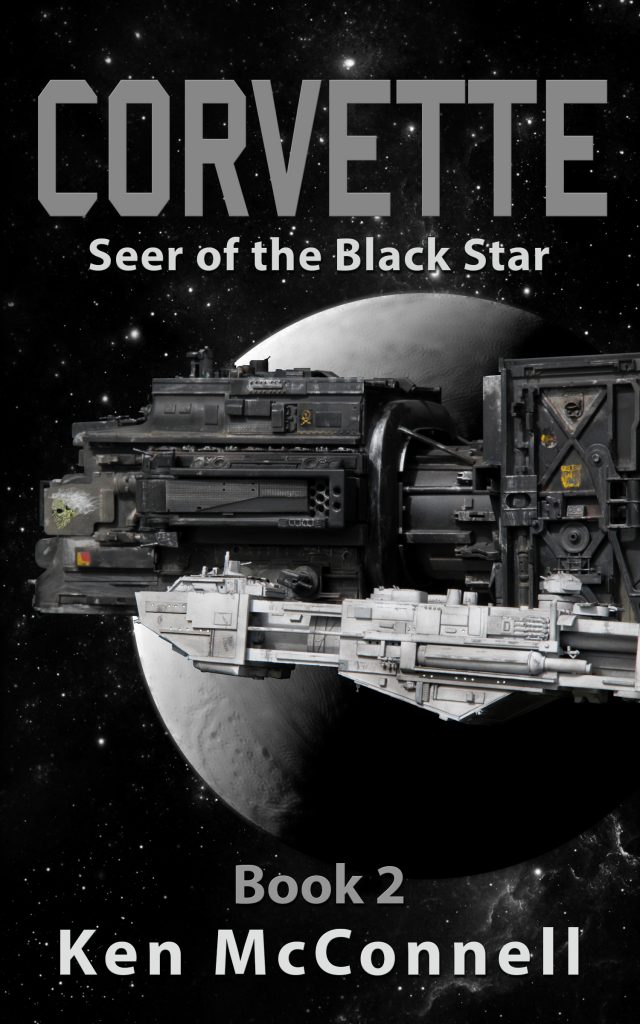 Busy weekend. I’ve uploaded a stub for the next Corvette book and it’s now up for Pre-Sale on Amazon. So far, five eager readers have ordered it. Many thanks! It’s already done better in pre-sale than three of my back list books! The actual release date is this coming Tuesday, 14 November 2017. So it won’t have but a long weekend to gather pre-sales.

In preparation for the release I’ve also spent some time updating this website with a new page for the book and adding it to the front page. The cover I’m using is not quite final yet but it’s close enough. We’re going to add that it’s book 2 of the Corvette Trilogy and then alter the old book 1 cover to match. Details, details.

In the meantime, I’m still pounding on the Corvette 3 first draft. I’ve realized that I might actually need an outline for this one and so will take some time to organize it before continuing on. I have plans to do another trilogy following the career of Armon Vance, so I have to make sure the final Corvette book sets up the story arch for that trilogy. If it gets written, and that depends on sales and sales alone, that series will be called the Destroyer Trilogy. I think you can guess he’ll be captaining a destroyer starship.

Next year will be dominated by finishing the third Corvette book and working on the fifth Star Saga novel – XiniX. Can’t wait to get back to those characters again and see what the Silicants have been up to for the past five hundred years. Sometime in the next two months I will do a post on how my book sales have done this year. Thanks to the first Corvette novella, it’s been a pretty damn good year.