I found a background image that would be striking for my novel The Blood Empress. I had the idea of shooting a KIV-3 over the desert planet of Con-One, a brief scene from the novel. My first attempt was weak on both the background image and the font for the title. The background image was too light and I had to create contrast by using a drop shadow effect. Which looks terrible when I do it myself. Also, the image used has no direction or focus and is not at all interesting in terms of color, terrain or mood. 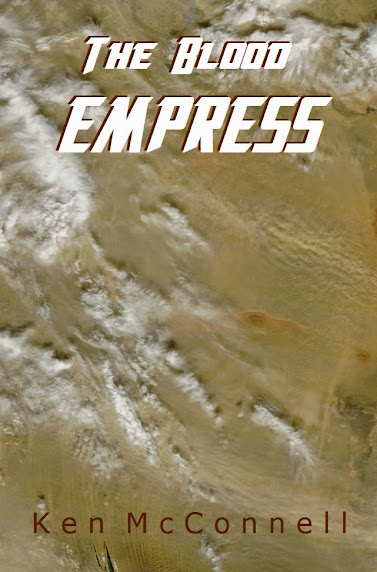 The new image is darker and sets a tone that matches the darker tone of the book. Also, being darker I can now use bold white font for the title and it pops better. The shapes in the terrain are more interesting and dramatic and the lines all move the eye upwards to the title. I might need to make the author name font slightly bolder but not much. It looks pretty classy the way it is. If this winds up being the final image I use, I’ll be adding a starfighter streaking upwards to bring the eye right back to the title. Also, the color of the fighter’s exhaust trail will be blue, which contrasts perfectly with the red/orange of the background. 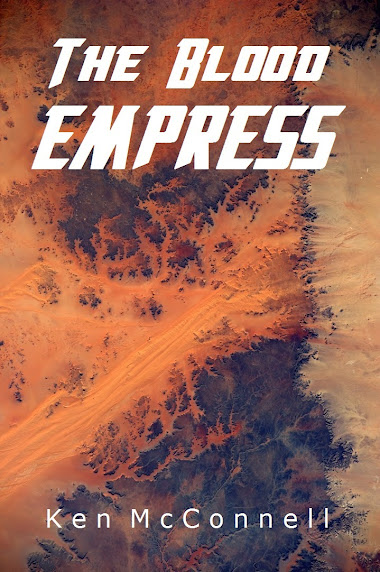 So many things go into making an awesome cover. I’m still mulling over color and brightness adjustments to the base background image that will help make the fonts pop. Tonight I searched in vain for the little model I was going to use for this cover and didn’t find it. So I might have to finish another KIV-3, a twin boom model to include it in the shot. Actually, that model is more true to the scene in the novel. 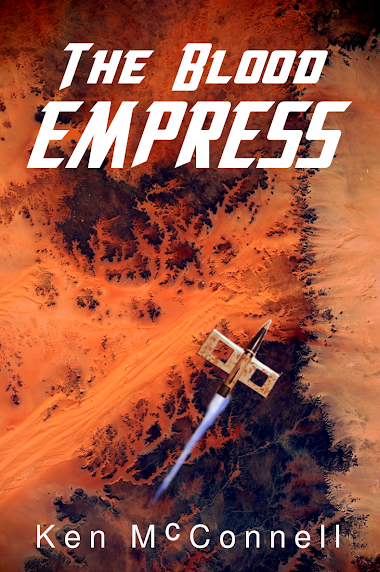 Above is my final test cover for this concept. It was a bit of a challenge determining how to place the fighter. At first I had it going straight up and my wife pointed out that it looked like a cross. Not the direction I was intending. So I angled it and kept it going upward in the same direction as the dunes in the background. Again, this is not the final art for the fighter, just my crude thumbnail in Gimp. What do you think?