Friday night we went to the Bronco game at Albertson’s Stadium here in Boise, Idaho. It’s always fun watching the Broncos at home. They defeated Fresno State and earned back the Milk Can.

This weekend I worked on the starfighter model and decided to build a Victory Fighter version with downward sloped wings. Turns out that X-1 model fuselage can be used after all. I installed a short bit of the aluminum bar into the fuselage with two tapped holes to allow for mounting from the bottom and the rear. Due to the taper of the fuselage, I’ll have to do some creative sculpting to get it wide enough in the stern. It’s something to play with when the main Vickers model is drying. 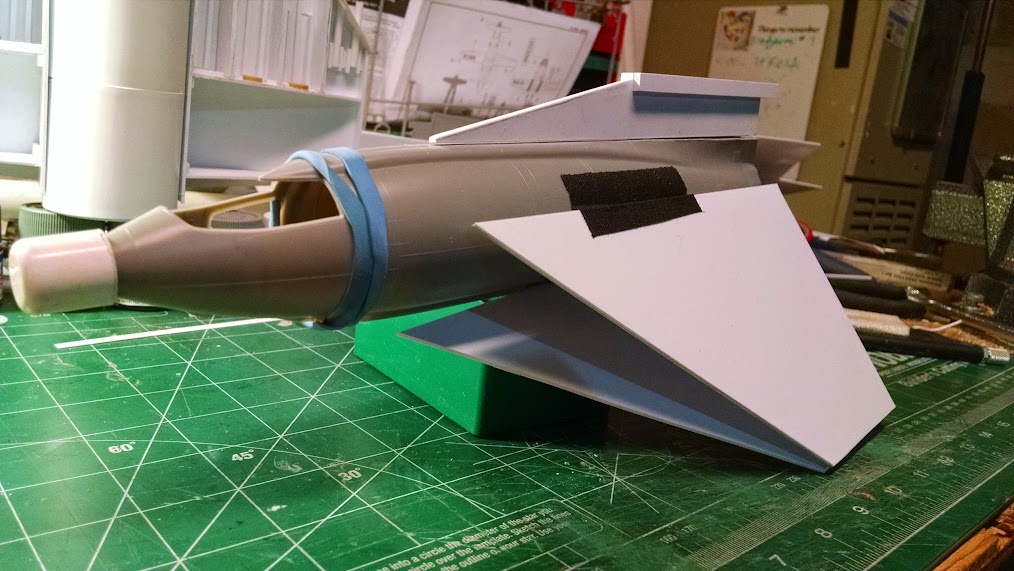 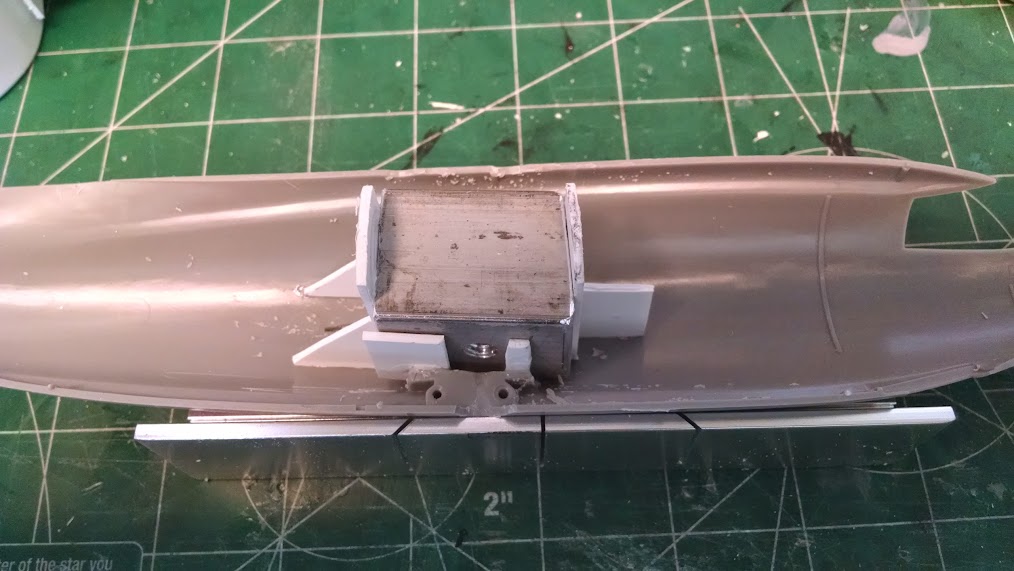 Speaking of the other model, I worked on it this weekend too. Finished the air intake vanes and painted them so that I can glue on the wing tops. (Below is a picture of the model with some dry brushing oil pastels for gunking up the air vents.) Also finished covering the extended fuselage behind the cockpit. I have to start thinking about how I want to do the panel lines and other exterior details. A trip to the hobby store also netted me some paint for the exterior. Trying to decide on either light or dark sea gray. Probably do some tests on that before deciding which to go with.

The other thing I worked on was helping the kids build light sabers out of PVC pipe. Youngest came up with the idea and I helped where needed. By the end of the day on Sunday, we had three light sabers. Each of them could be twin blade types, two were made from some old 30 mm round holders I had from my AF days and one was made entirely of PVC. Later the youngest son built an LED light with a switch so his handle could glow. Pretty awesome. 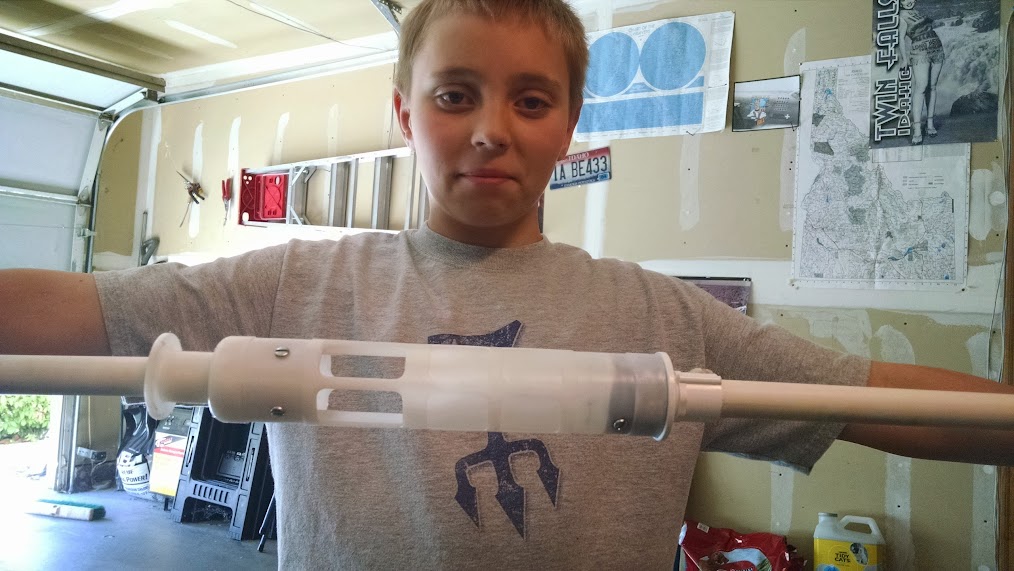 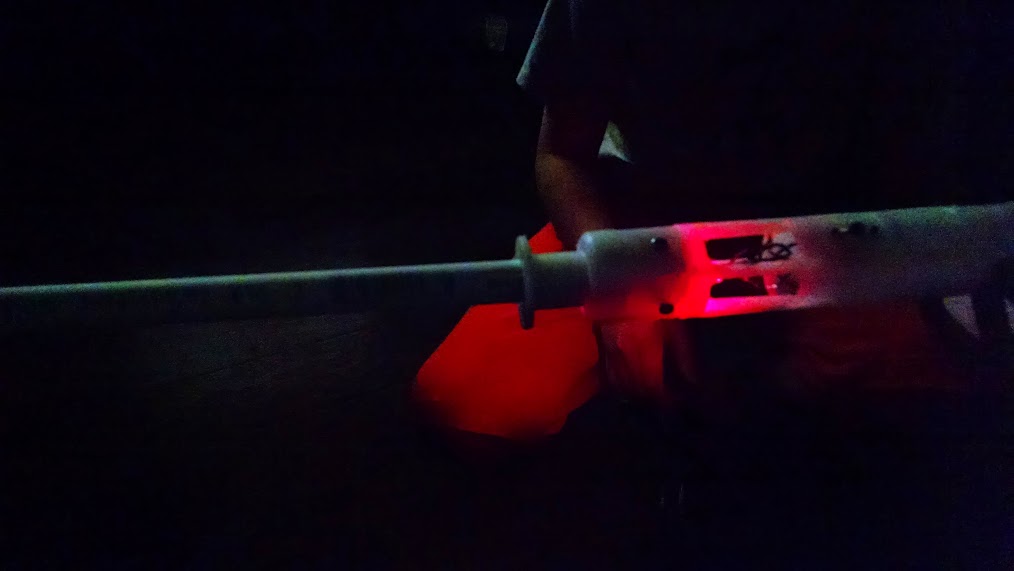 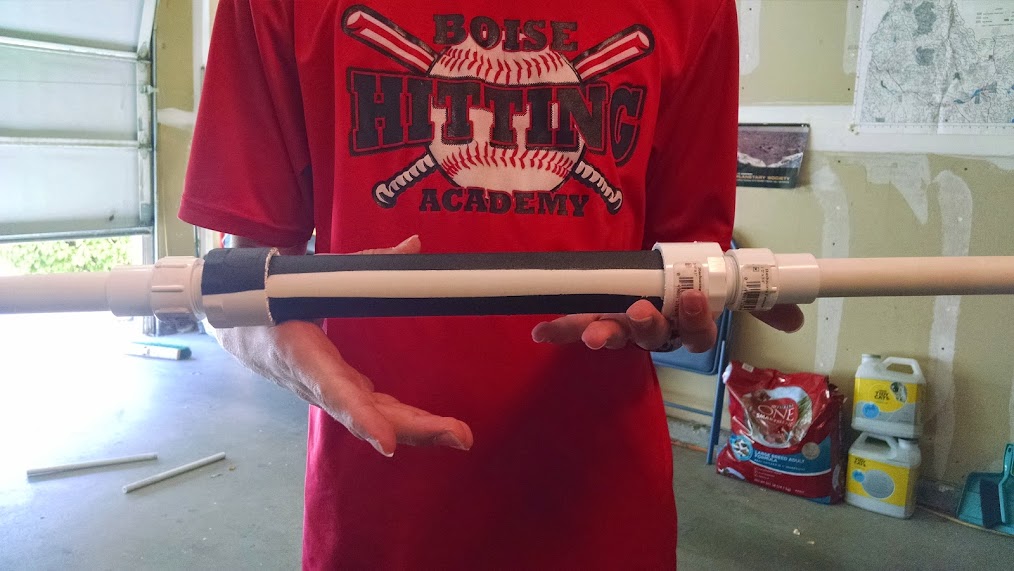 All in all a great Boise weekend at House McConnell.

One thought on “Weekend Play”