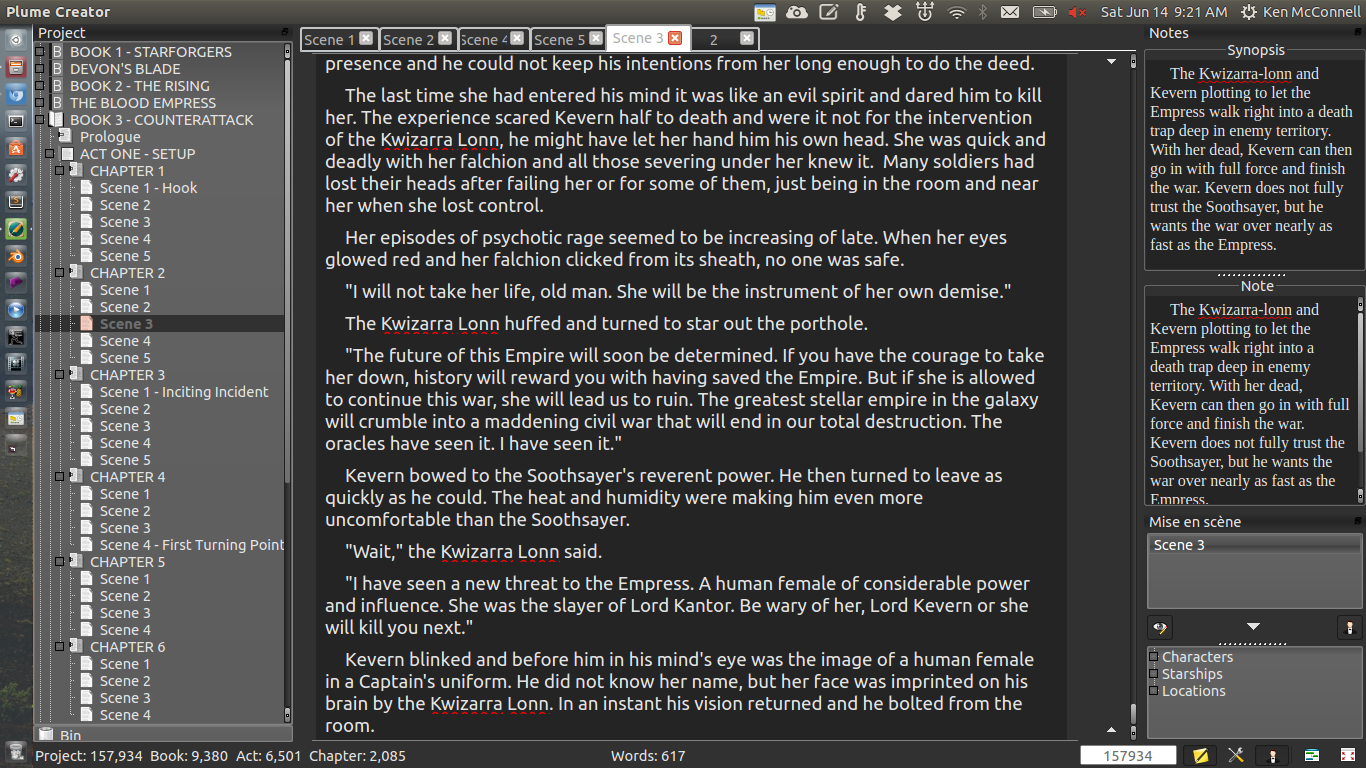 I’m at the 60% mark of the first draft of Book 3, Counterattack, the final book in the Starforgers trilogy of the Star Saga series. I have one more book to write in this series – Devon’s Blade. Then I’m done. Five books total in this trilogy plus three other books set in the series. I’ve been writing in this fictional universe for close to a decade now with about eight books to show for it. Next year I don’t plan on writing any Sci-Fi. I’m taking a break from it.

I won’t stop writing though, that’s my sanity check for reality. I need to be writing to be happy. I just won’t be writing books set in the Star Saga. Most likely I will start a new Joshua Jones Mystery novel. After that, I’ll either do a vampire novel or a stand alone SF novel. Not sure how long my hiatus from the Star Saga will be but it likely won’t be more than a year or two. Because I still have so many more books to write in that series. But I think this break will let me recharge my creative spirit and hopefully when I get back to the series I will be ready to roll.