This weekend I started building yet another model. I’m standardizing on 1/32 scale for my single seat starfighters and starting by building a Vickers Swift Starfighter. Technically, this is the V-28P variant of the Vickers Victory fighter. Known as the Klau by the Votainions and nicknamed Swift by the Alliance. The V-28P was the primary surface based pursuit fighter of the Alliance Fleet. Units stationed on planets or moons with an atmosphere were given this variant. There were some deep space carrier wings that flew the fighter as a support fighter but it usually was found attached to surface units.

This fighter will be featured prominently in the gap novel between book’s One and Two of the Star Saga, called Devon’s Blade. It will be needed for the cover of that book. It’s the first model of my starfighter series in 1/32 scale and using my new mounting system. All future models in this scale will feature this mounting system and I’ve decided that the 1/32 scale is best suited for models destined to be photographed for covers. I was previously using 1/48 scale but only using cardboard as my medium. None of those models were intended for studio shooting, only as displays, so they lack a decent mounting system.

I started this build by doing a side view blueprint of the fuselage. It’s basically a cylinder with wings and a snub nose. I originally designed it to be similar to the Bell X-1 that broke the sound barrier with Chuck Yeager at the controls. Primarily the windscreen design was what I took from the X-1. Time passed and I continued to develop the design, completely forgetting where I got the canopy design from. I stopped by the hobby shop on the way home and found a Bell X-1 in 1/32 by Revell and picked it because it had a pilot figure. When I got the kit home and examined it, I realized the cockpit details could work too, so that’s where I started. 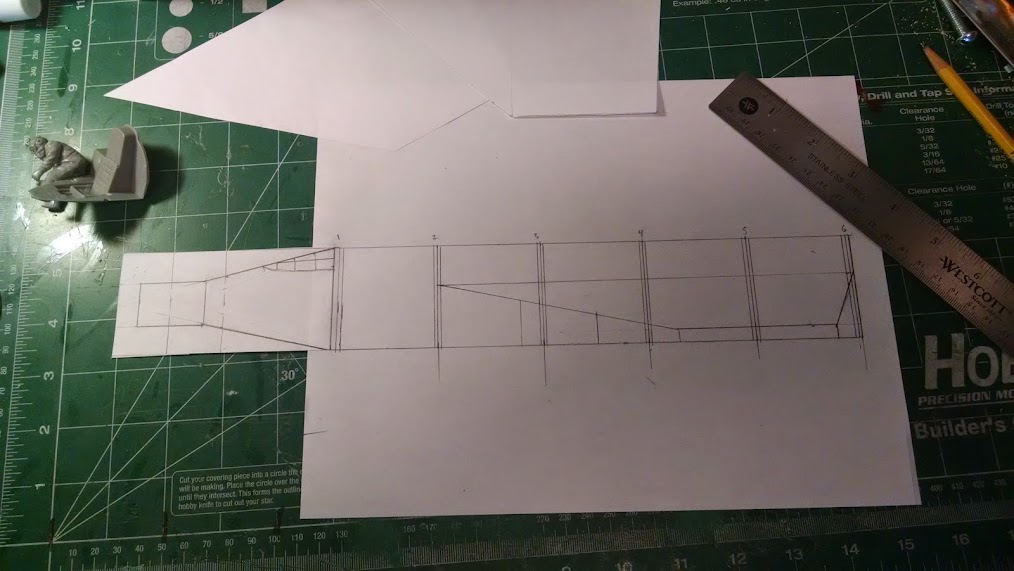 My first attempt at the engine exhaust is the cap to laundry detergent. I may change this later, but for now it looks pretty great. I put a stock piece of plastic that I had on hand inside to be the actual nozzle. I will put a yellow or clear high intensity LED in there for engine lights. 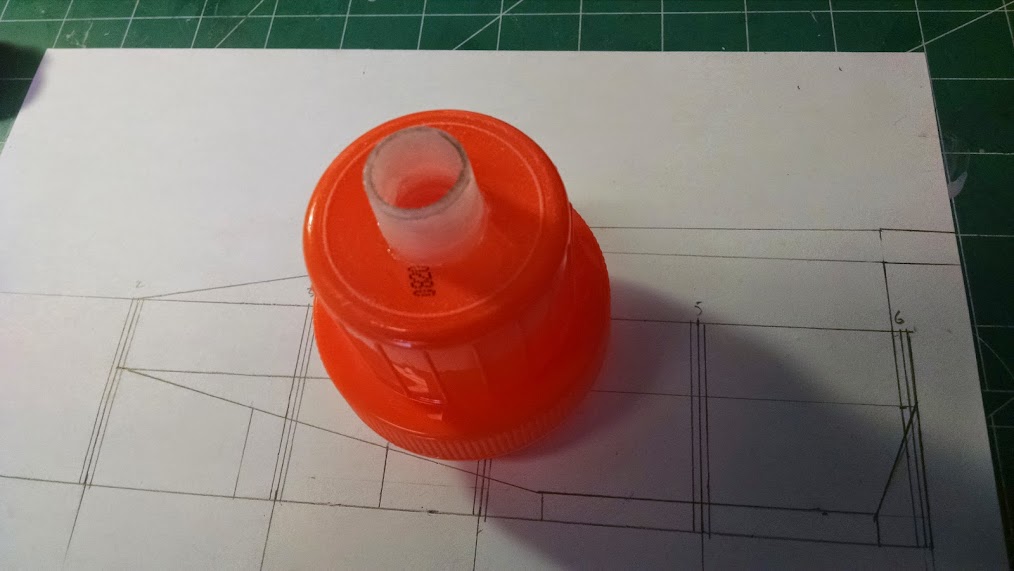 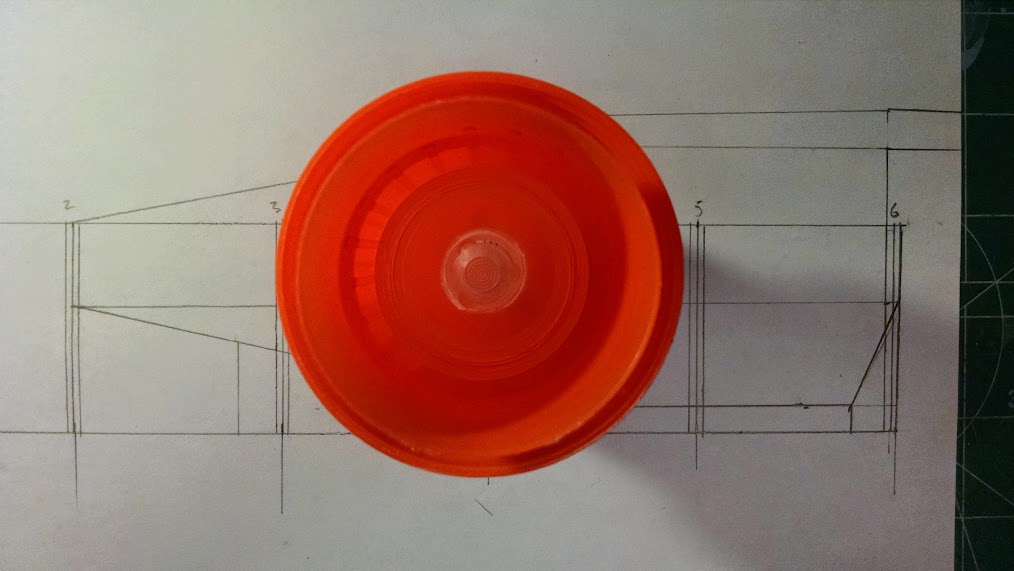 I started the cockpit with the seat and floor of the X-1 model. Check Yeager looked on. 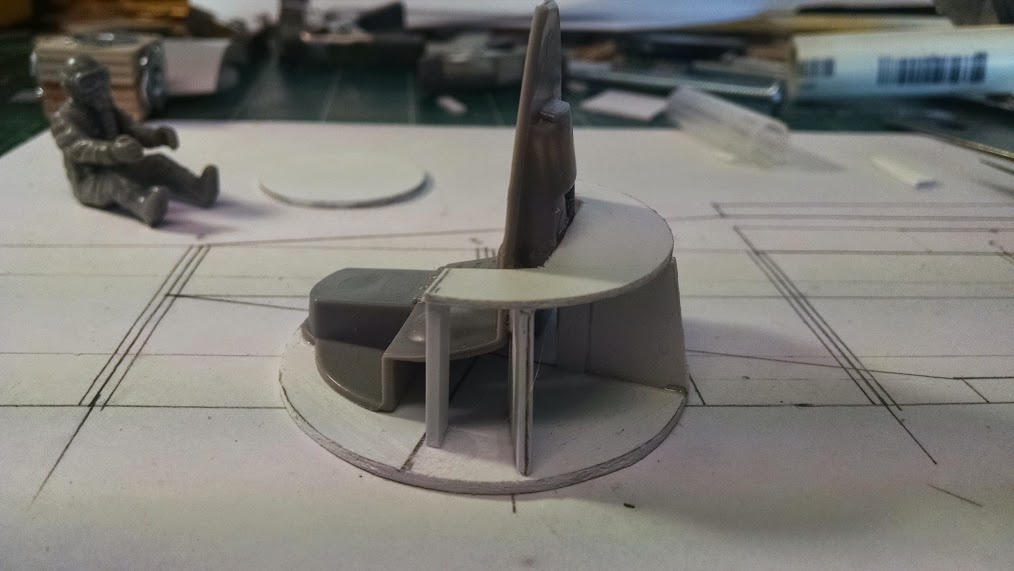 The seat braces with a bulkhead. 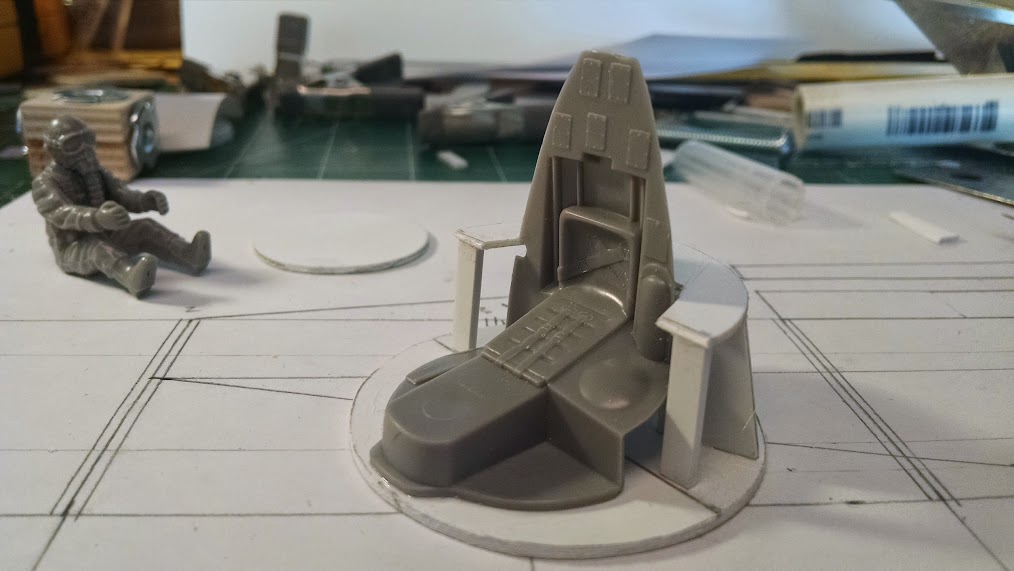 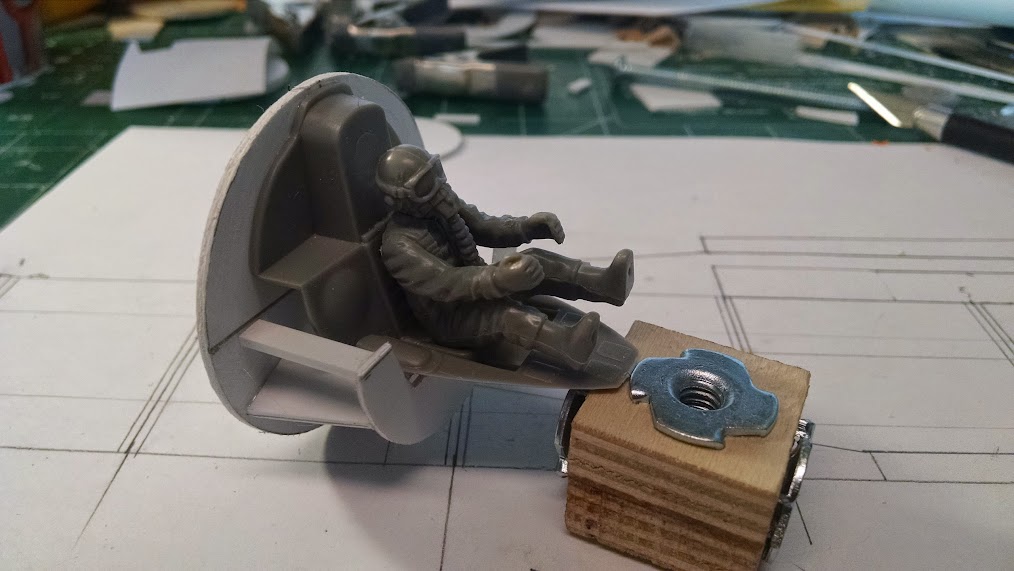 Chuck takes a seat to see how the scale looks. 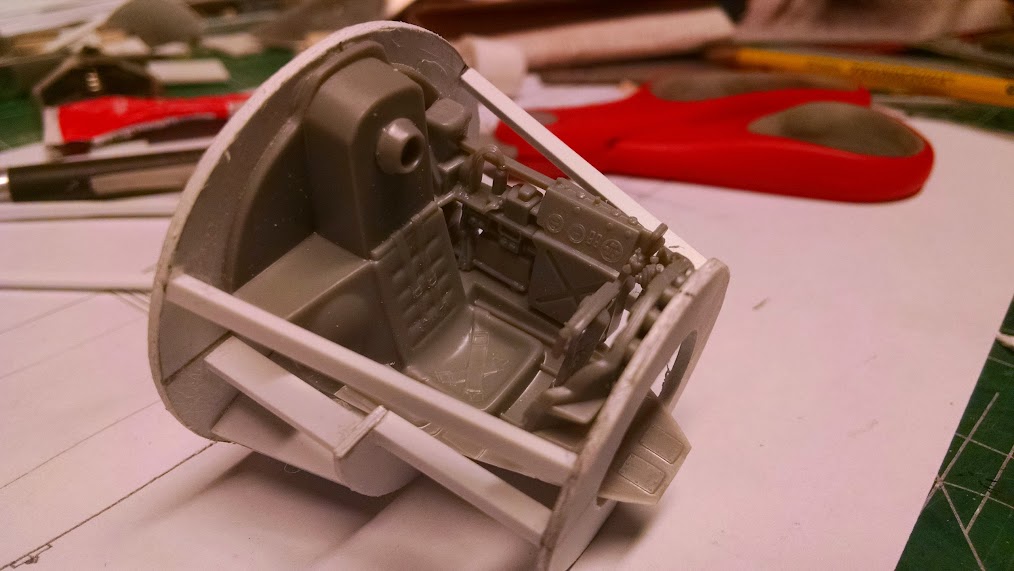 Some of the framing necessary to form the shape of the starfighter’s nose. 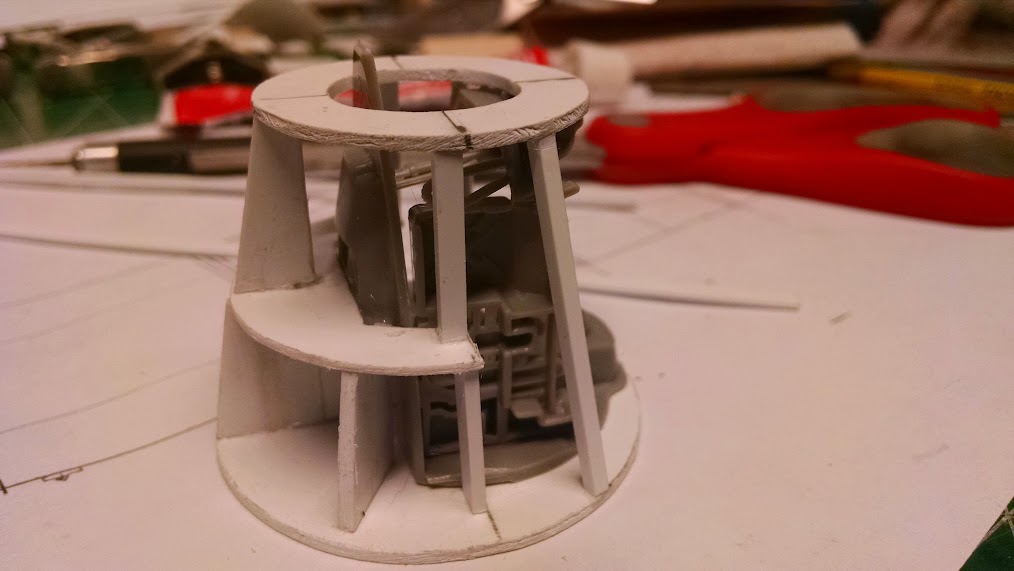 A top view shows the Bell cockpit pretty much as is. I’ll be modding the cockpit up to make it look more futuristic. 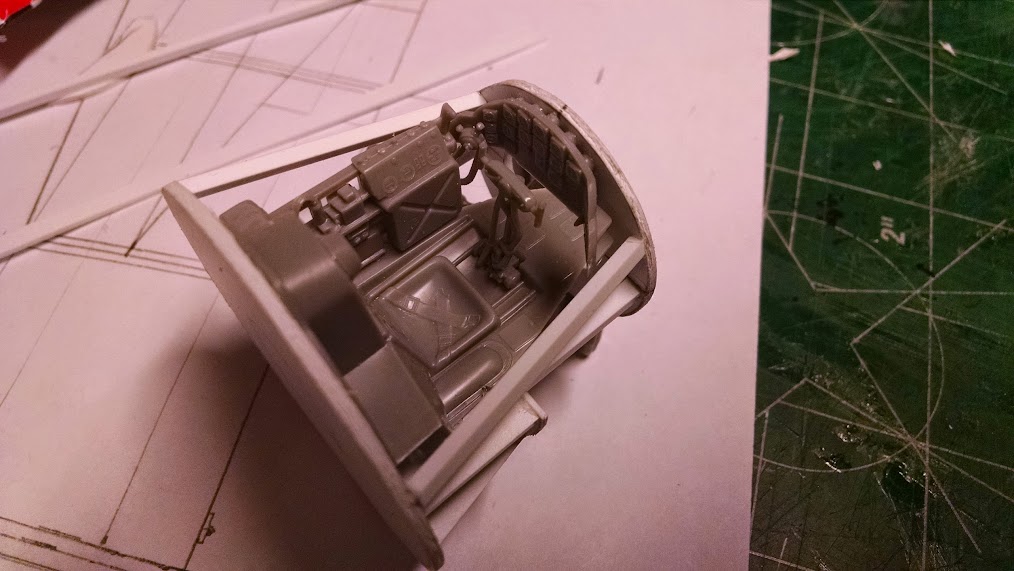