I broke down and purchased two tank model kits so that I could build these gun pods. The main guns are 1/35 scale M-48 wheels and the smaller tank wheels are 1/72 T-90 tank wheels. The rest of the parts consist of keys from an old kid’s computer and zip ties. The white plastic pieces above and below each gun is a plastic keyboard spring cut in half. Everything else is strip polystyrene from the hobby store. I built the first one and made sure that I had enough parts for the second pod. They had to be build in reverse of each other due to being on opposite sides of the model. 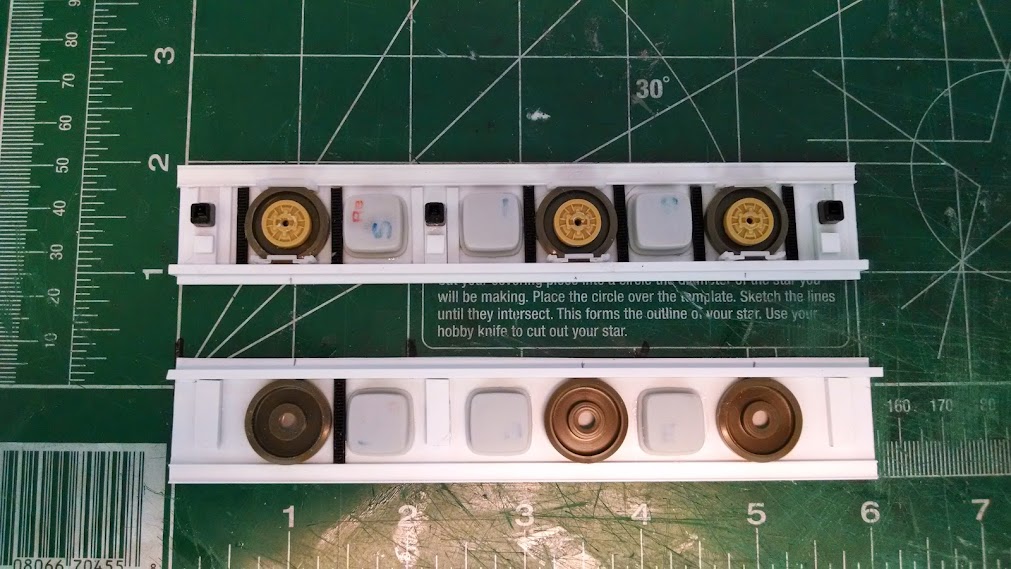 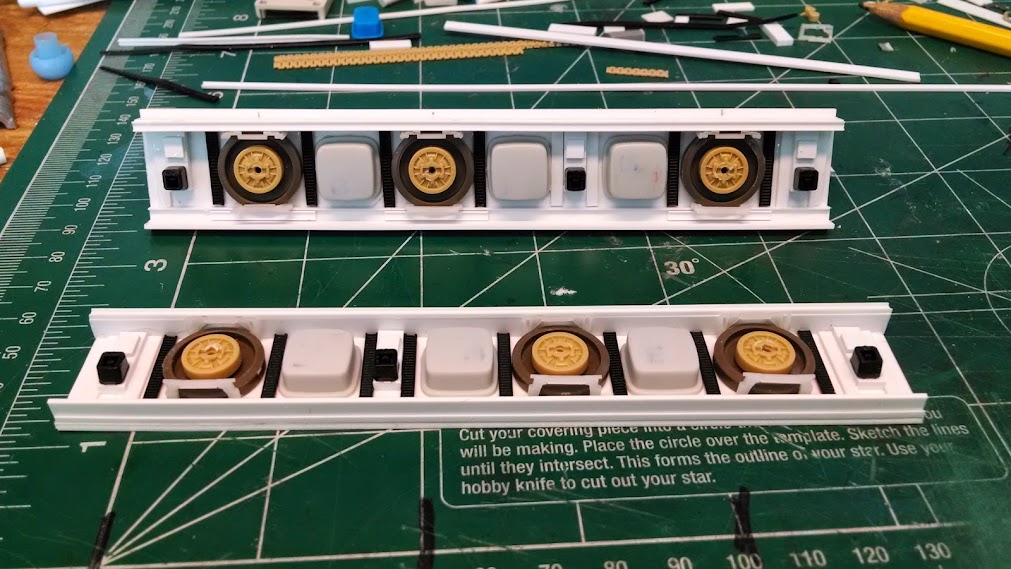 Below shows the gun pods being glued onto the side of the model.

I’m experimenting with a new layered armor technique to cover this model with. It involves using strips of plastic of varying sizes and just building up layers as I go. This is inspired by the reactive armor found on modern tanks. Also, I don’t have enough random model kits to kit bash from and cover the entire model. So large areas will have this style of armor plating. 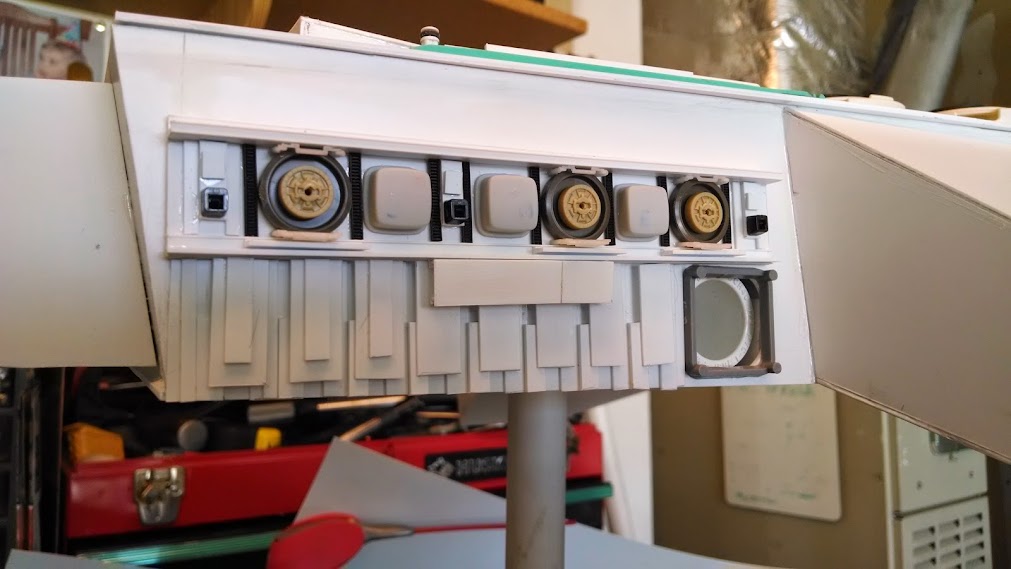 The scanner pods are made from PC drive mounting brackets of various sizes. I had a bunch of them in my greebly drawers. I then added strips of plastic and some plastic tubes of various diameters. There are also some various other parts from the dollar store toys such as hair rollers and some kind of square puzzle thing. I collect all manner of little plastic bits that I find and sooner or later they wind up on my models.

Again, I had to make sure that I had enough parts for two of these pods. They will be attached at the tips of the main wings of the warship. 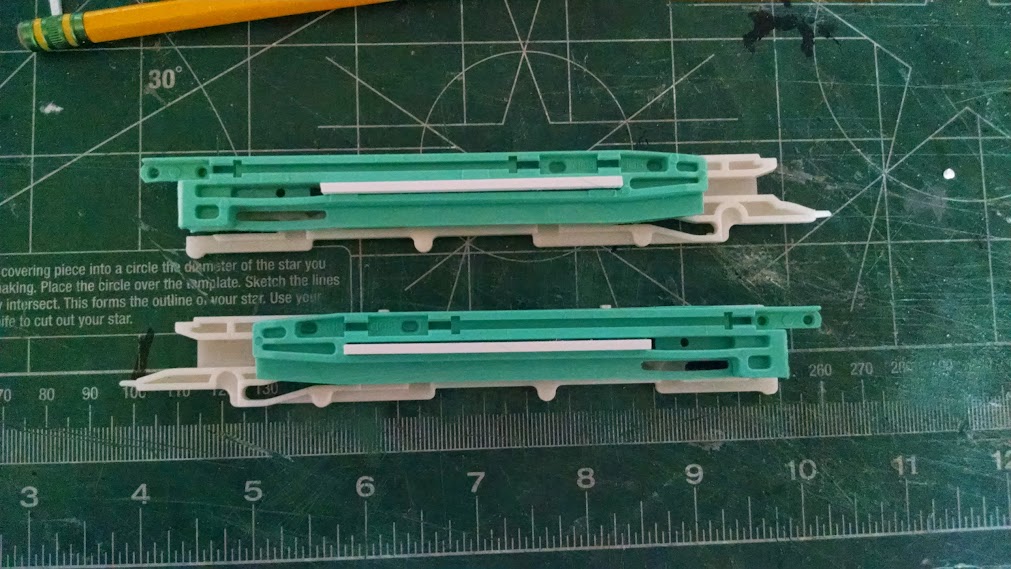 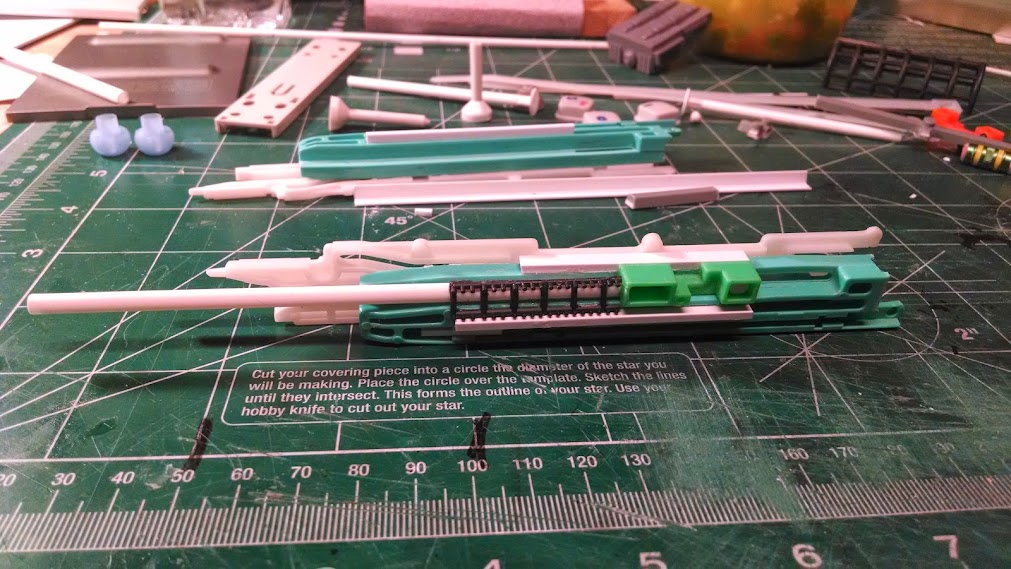 For the top deck I decided to use some old six pack packaging I had to replicate the tops of the star drive engines. I’m still in the process of adding details to this deck. Once again, I’ve had to get creative with my parts as you can see. Hopefully by the time it’s all done and painted, most of the details will be unrecognizable. 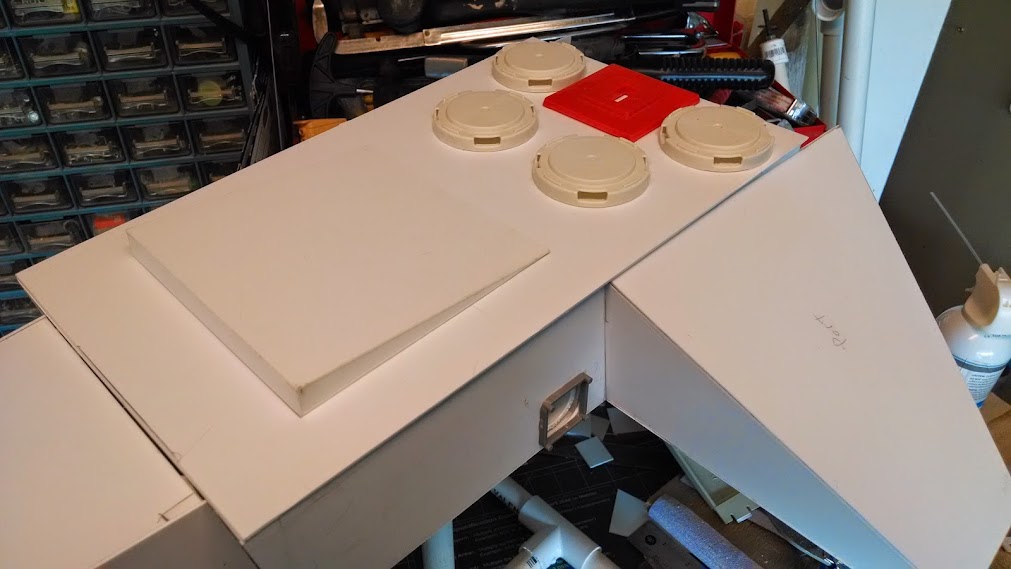 Below, more PC mounting rails, this time used on the top deck. 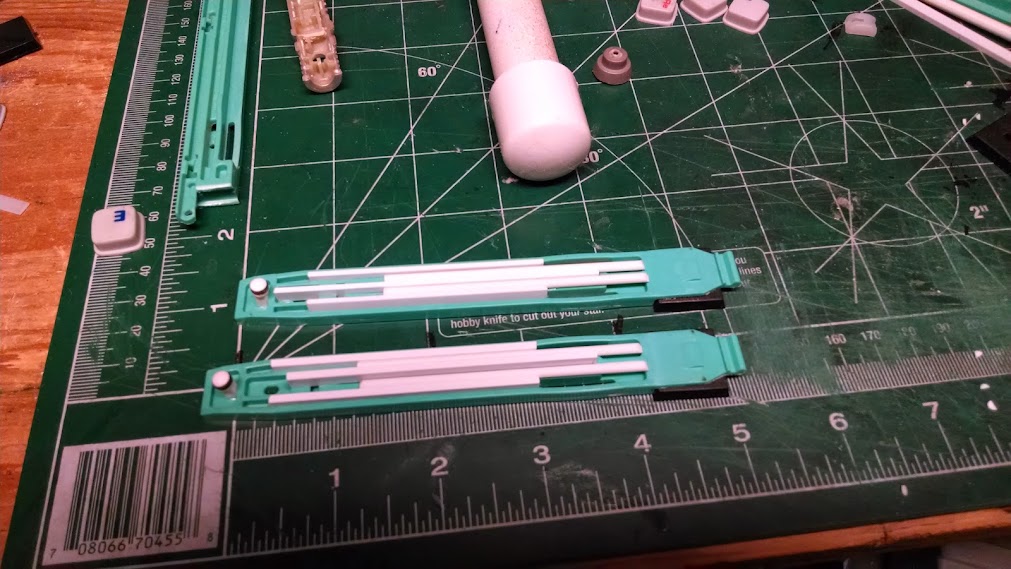 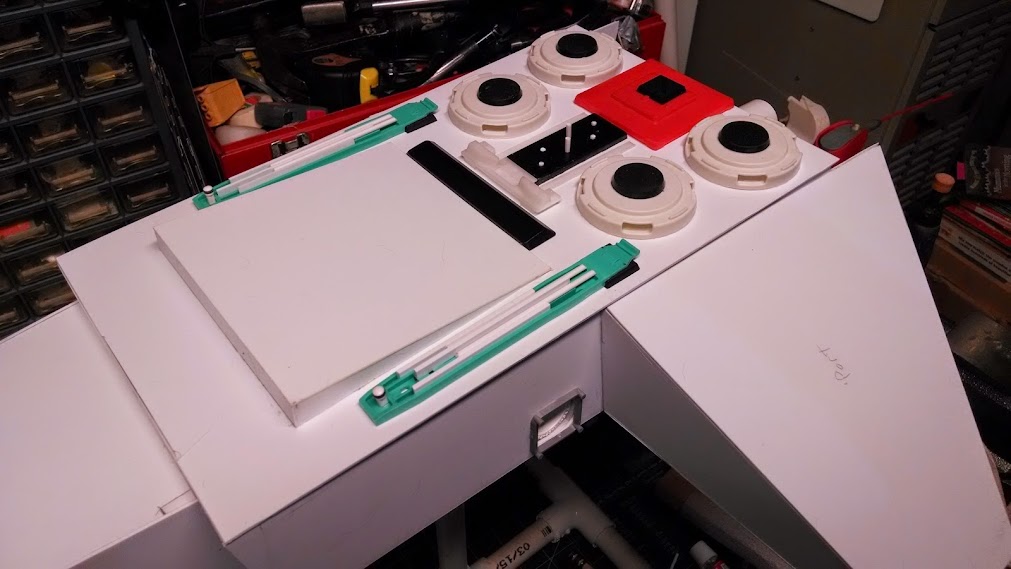 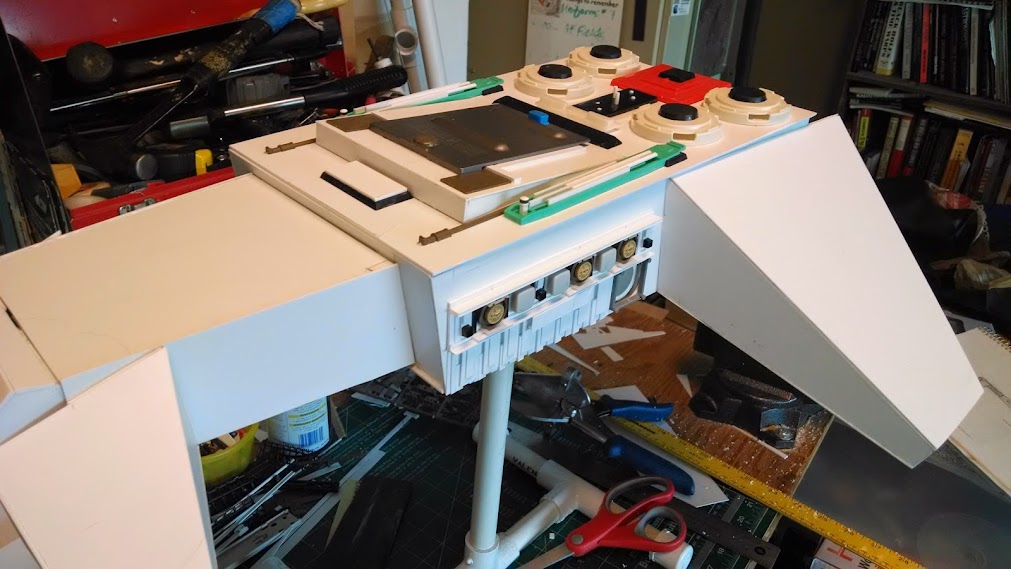