This is the final post for the KIV-3 model. The  only thing left to do to the model was weather it. It sounds kind of odd to be weathering a spaceship, but even in space there are things to run into and besides, this particular starfighter does travel in planetary atmospheres  sometimes.

I started by using pastel chalks along the panel lines. I then used black chalk to add the smudges from the wing guns. 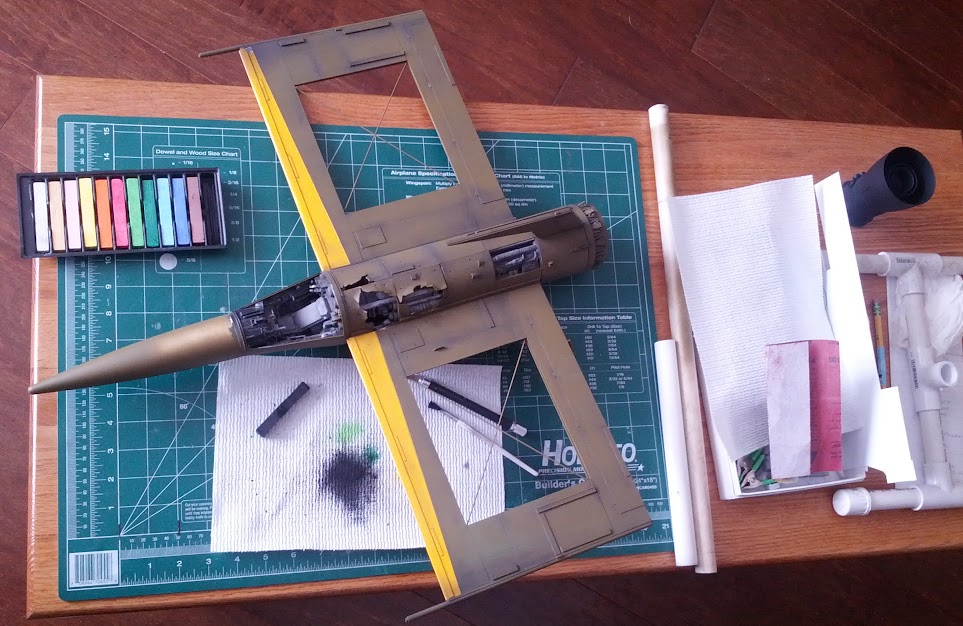 Then I used aluminium colored model paint to create the illusion of paint chips caused by the battle damage. This is basically done with a toothpick. Sometimes I used a brush to make more flaking of paint around the leading edges of the starfighter. 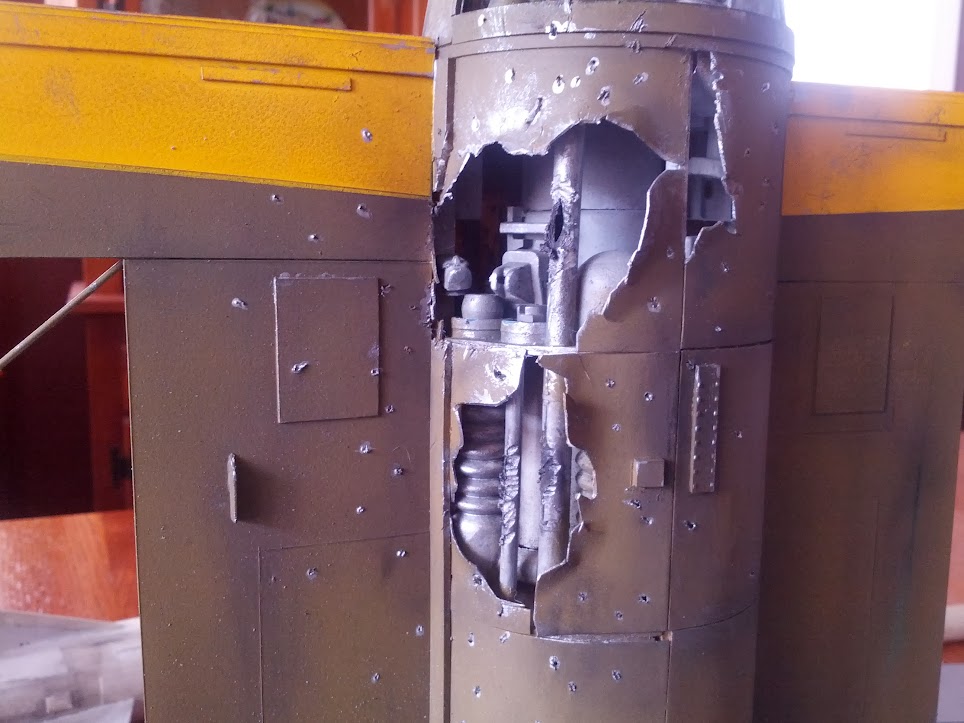 Also evident in the above image is further damage to interior details. This was achieved with a hobby grinder and some black and aluminium paint. The tiny holes were done with a hobby knife by twisting it and then pushing at an angle. 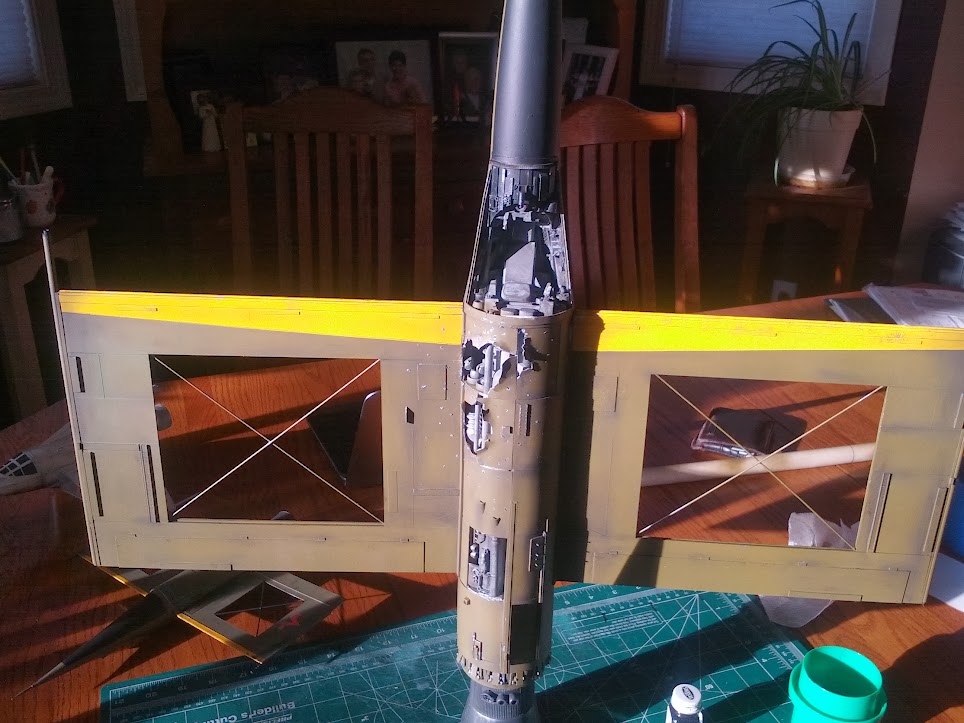 This image is of the finished model. I also dirtied the exhaust funnel with black chalk and painted the black fake canopy window on the top of the nose.

In order to finish this build, I had to do some touch ups to two other models. Both of them are 1/48 scale. The KIV is an older KIV-1 and the white model is a Vickers Victory fighter. I needed to add some guide wires to the KIV and rebuild the guns. The Vickers needed some attention underneath, as that’s what is showing. 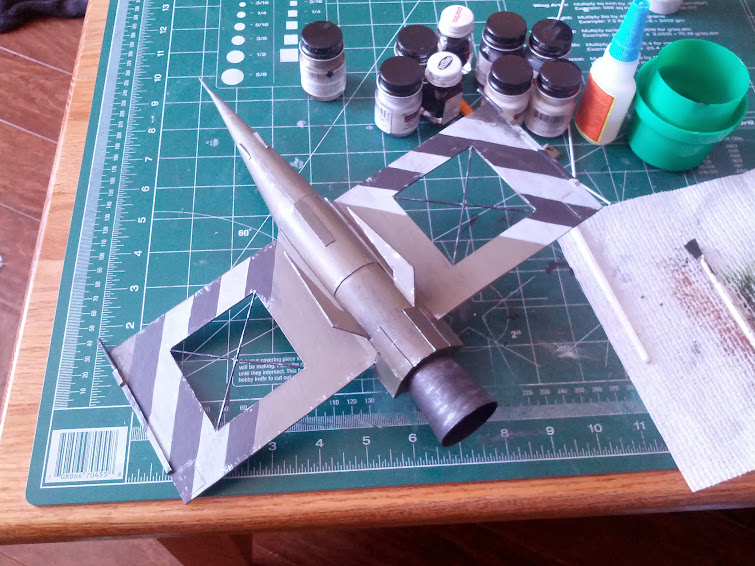 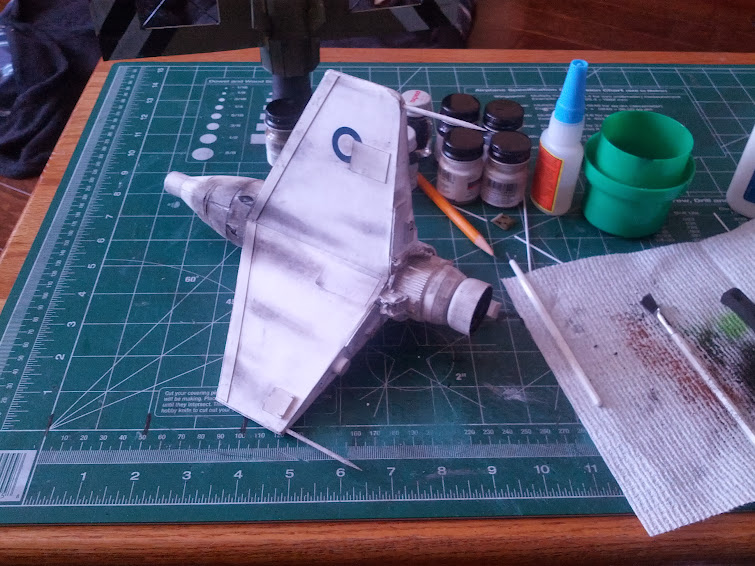 Sometimes after building a model in a larger scale, you start to notice that you have enough parts to make the same model in a smaller scale. This time I created a 1/72 scale KIV-1 just for fun. I like desk models. ;-) 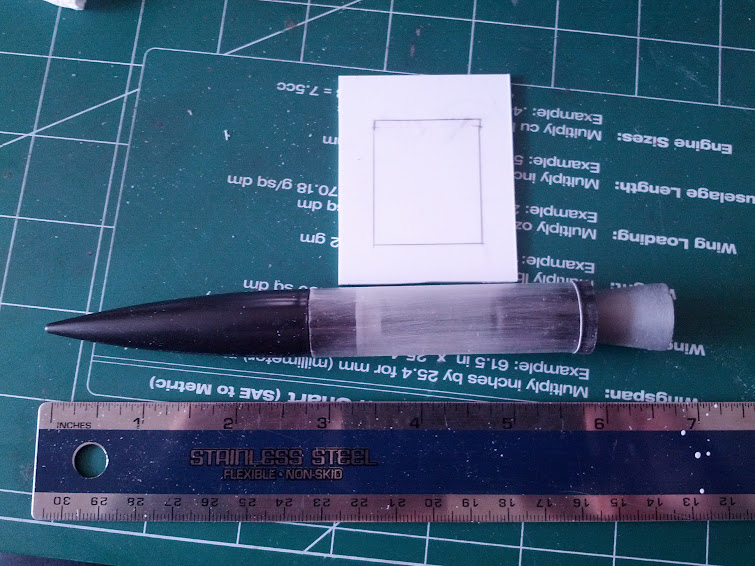 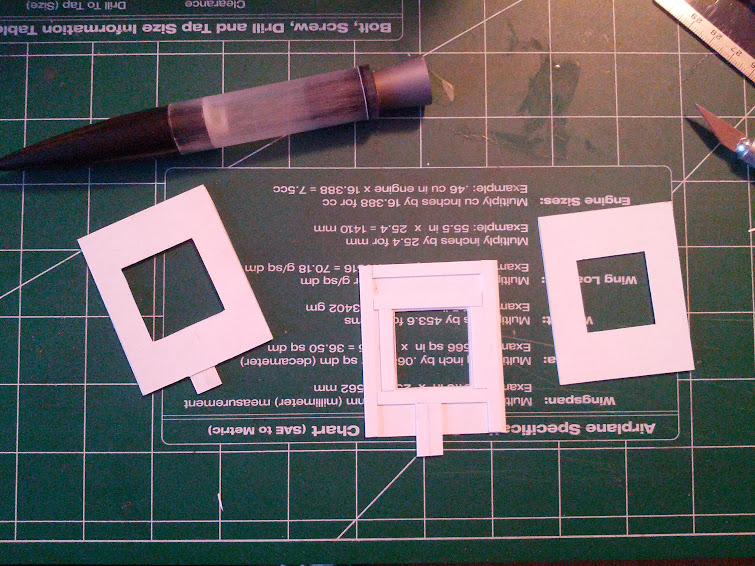 I created the wings out of thinner stock and built them up the same way as I did the big one. The nose and fuselage are both from an Estes rocket kit.

Never hurts to have your models help you build new models. ;-) 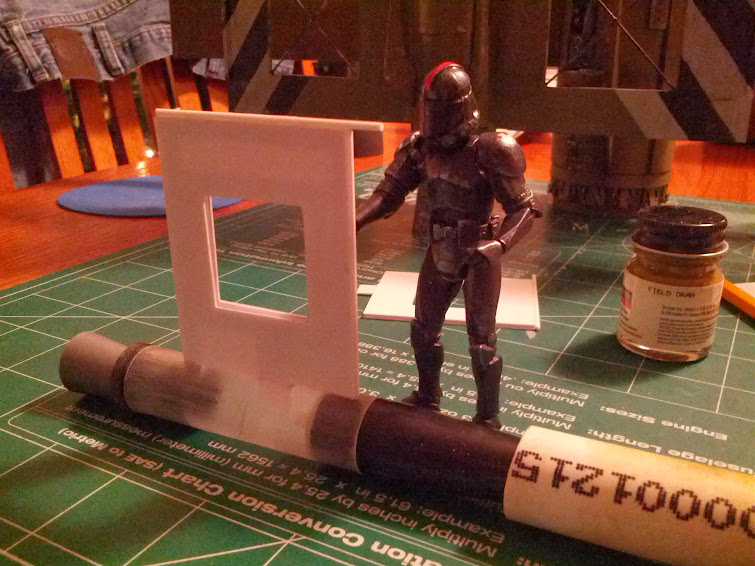 All in all this has been one of my most enjoyable builds and you should see the results appear on the front cover of my next novel.