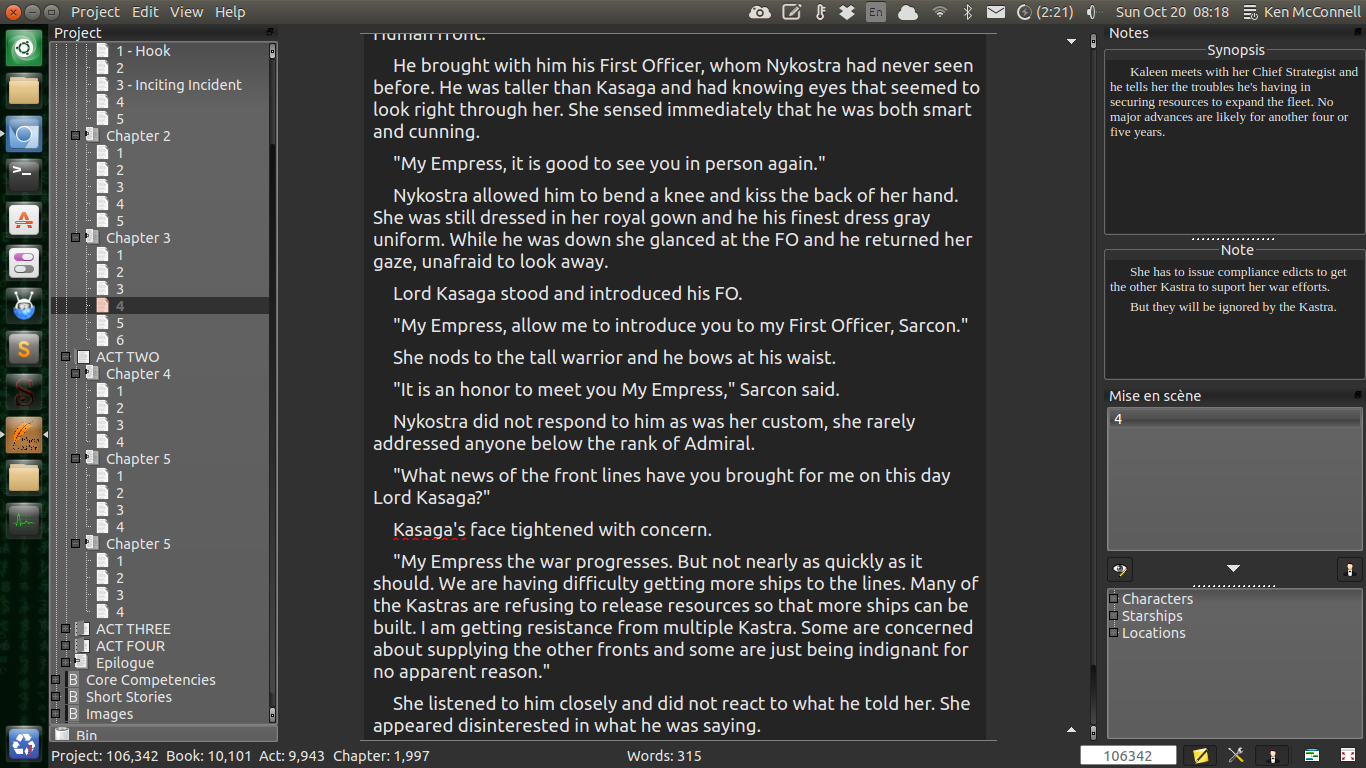 People tend to think I’m some sort of Uber nerd when I tell them I use Ubuntu Linux instead of Mac or Windows. The truth is, I’m not. I don’t build useful programs. I don’t fix kernel bugs or write documentation for Linux. I just use it. I write novels and check email and Tweet on my laptop. Just like you do. Modern Linux distributions are easier to install than Windows. You just have to make the decision to change. Which for most folks is the hardest thing to do. But you know what? Apple has seen a huge rise in its user base in the past few years and just about all those people came from Windows. If you can figure out how to use Mac OS, you have what it takes to use Linux.

I’m not really such a corner or space case. Nope, just a regular guy who realizes the value in Open. There was a joke in the Linux community that Linux was Free as in Free Beer and also Free as in Libre. Now Mac OS is Free as in Beer and Windows is probably right behind them, but neither of them are Libre. Only Linux lets you open the hood and put your own carburetor in there with big air breathing pipes. Only Linux lets you, the average computer user contribute to the programs that you love.

When my Mac laptop died I decided to just go completely Ubuntu and be done with dual booting. Best decision ever! Because suddenly, I was without my favorite program – Scrivener. What in the world would I do now? Go back to writing novels in a word processor? Hell no! I looked around and didn’t see much out there for Linux in terms of writing software. So I tried to get Scrivener going on Linux. But it was not reliable or even supported. So I gave up on it. I searched the interwebs again and again, actually using a text editor to write with for a while. Not as scary as it sounds. Cory Doctorow does it.

Then I found this program called Plume Creator. It was kinda chunky and kinda feature poor and looked weird. But you know what? It was made for writers by a writer and it was Open Source. So I introduced myself to the programmer and offered to help him out in any way possible. I’m not a programmer, so coding was out of the question, but I was a former software tester and so I offered to test it for him. He gladly accepted my help.

Even though he lived in France and I lived in the US we both could type decent English and so we started a Google Docs page on testing results and began a journey that has been more rewarding than most jobs I’ve had over the years. The programmer’s name is Cyril, and he would send me beta versions with fixes for the problems I found with Plume and I would test them and cheer on his fixes. Others joined us and our document now has more than half a dozen people contributing to it. That little program has now bulked up and thinned out to become quite an awesome piece of writing software, all because a handful of interested users decided to pitch in and help out the developer.

That is the power of Open Source. It enables users to help developers in ways never before possible. It brings to life great software that while being free of charge, is often more free to innovate and change to meet the demands of its user base. So if you are a writer and use either Windows or Linux, please give Plume Creator a test drive. If you decide to use it, feel free to email Cyril or myself to let us know what you think could be better. We’ll listen and your suggestions will make the program even better. That is why I use Open Source programs.

4 thoughts on “Why I Use Open Source Programs”