This is the first screenshot of the outline for The Blood Empress. Dated 16 Oct 2013. It basically shows the stuff I wrote for The Rising and later pulled out. But the basic outline is pretty much in place for the entire novella. 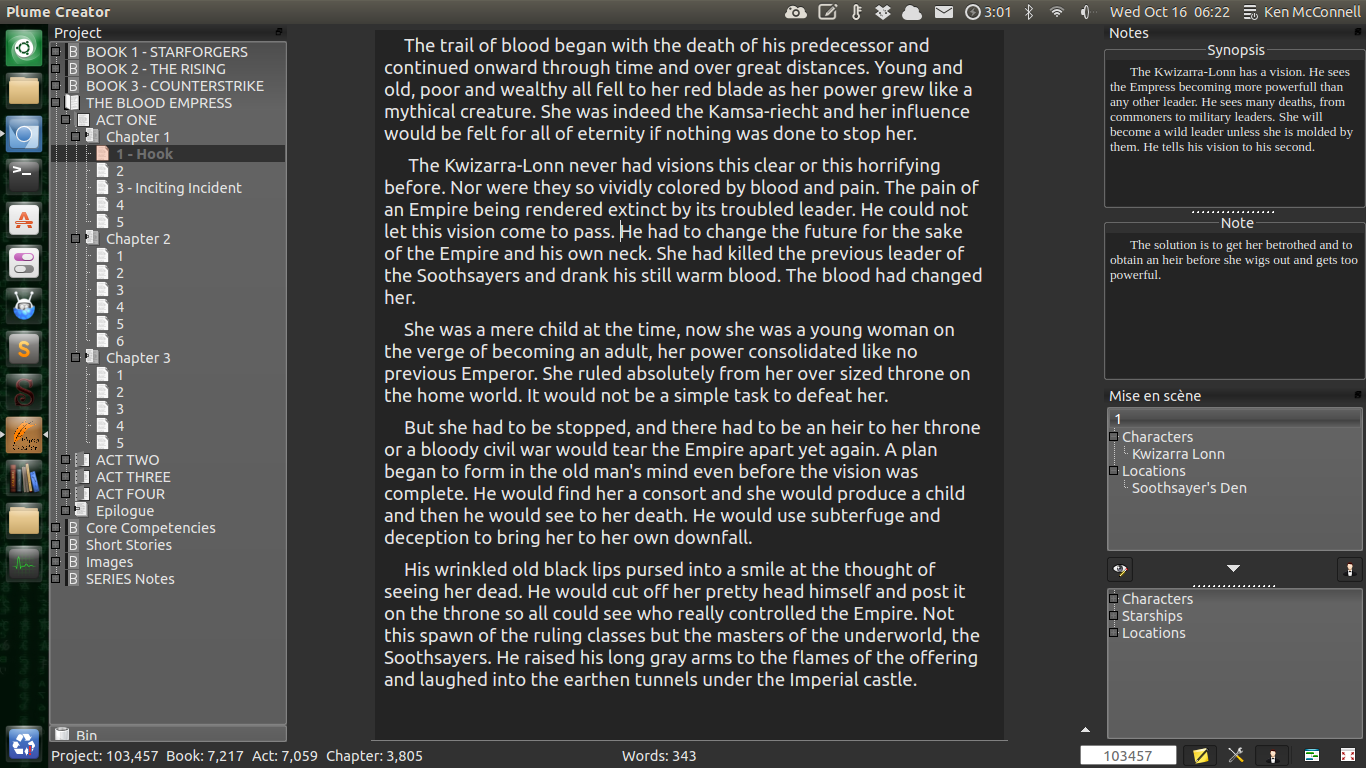 I started writing TBE in earnest this week. So far I’ve added about a thousand words a day which is my average for an hour’s worth of writing time. You can track my word counts in the progress bar on the main page of this website. The story is already outlined in Plume, as you can see from the above screenshot. I’m shooting for a 40K word novella, which will be a first for me. Theoretically I could write this book in less than two months, but life tends to get in the way sometimes and so my real schedule is to try and complete the first draft before next year.

The story is about Empress Nykostra coming of age and dealing with those who would control her from inside the Empire. There is a limited cast of characters and really only one plot thread. The story is about as close to a Fantasy story as Space Opera can get. I have decided at this point to not make this a YA book. Although that could change. It will start innocently enough, but as the title suggests, there will be violence.

This novella is set just after Starforgers Book 2, The Rising and right before Book 3, Counterattack. The reader can ignore this novella and still get enjoyment out of the first trilogy of the Star Saga. But if you want more, and what reader doesn’t, then this novella will fill in a gap and hopefully be just as entertaining.