Writing came to a screeching halt this week as I had a major a-ha moment concerning a subplot involving the Votainion Empire. I would up pulling four thousand words and a dozen chapters out of the book. This left some holes and caused me to rethink the plot structure of the book. Tomorrow’s post will show what I’m attempting to do to work out the new plot structure. But it means I won’t be writing again until I finish plotting.

Which is sad, because I was just getting into a grove again on the novel. This also means I probably won’t be publishing this novel in 2013. It looks like a first quarter of 2014 release date at this point. Pushing back the release date won’t cause me to work any less on the book. It’s just a realistic understanding of how long it takes to get a book written and then marshal it through all the post production stages of drafting, editing and proofing. Since I don’t have millions of fans waiting on my next release, I won’t be missing anything by overshooting the big holiday buying season. Sometimes obscurity is a good thing.

I’ve added a new menu item to the website. Model Builds will take you to home pages for each of my scratch starship builds cataloged on the blog. This will make it easier to follow a build as new posts are created.

My son’s Optimist football team is the Titans. They had their first week of practice that ended in full pads on Friday. With weather in the 90’s for the foreseeable future, I don’t envy them. But Jack really loves going to practice and working out with his friends. He’s either played football or baseball with the same group of kids for years. This is his senior year in football and our team is looking pretty awesome, at least on paper.

Every evening I watch the local sports reports on my Boise State Broncos football team. This could be another nearly perfect season for Coach Peterson and the boys in blue and orange.  Jack will play on The Blue field this Saturday at Jamboree. It may be the only time I get to see my kid playing on such a historic field. Fun.

Do you remember that Spielberg film Always? The heroes (Proof that nobody really reads this blog.) flew WWII bombers rigged to drop fire retardant chemicals on forest fires. Our local airport has been refueling and rearming fire bombers all week against several fires all around us. It’s been like an airshow up in here. Much admiration for those guys and gals flying the old bombers against the Idaho fires.

Below are a series of pics taken by my wife Laurie of the fire clouds as seen from our home on the east side of Boise.

If you like to kill and run off with children for nefarious reasons, don’t come to Idaho. We have FBI helicopters with infrared cameras and highly skilled snipers who will, you know, retire your ass. 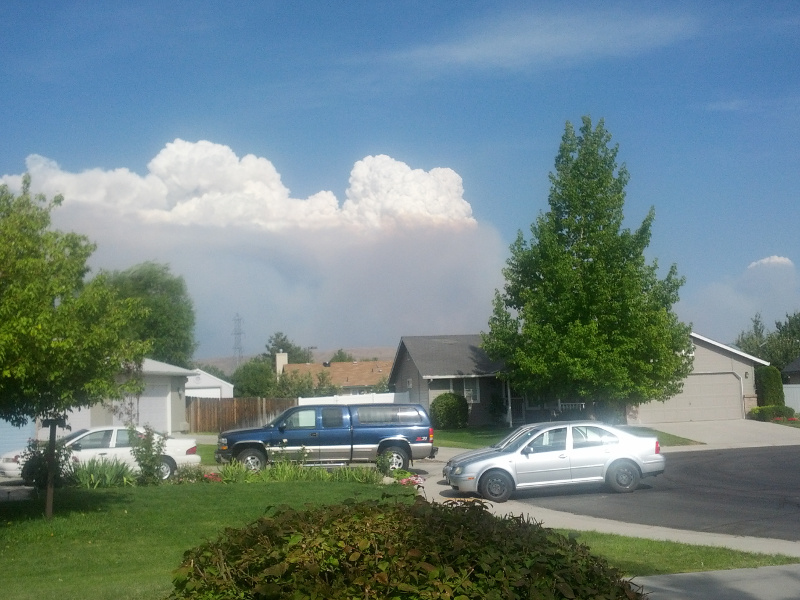 Impressive how fires create their own cloud systems. 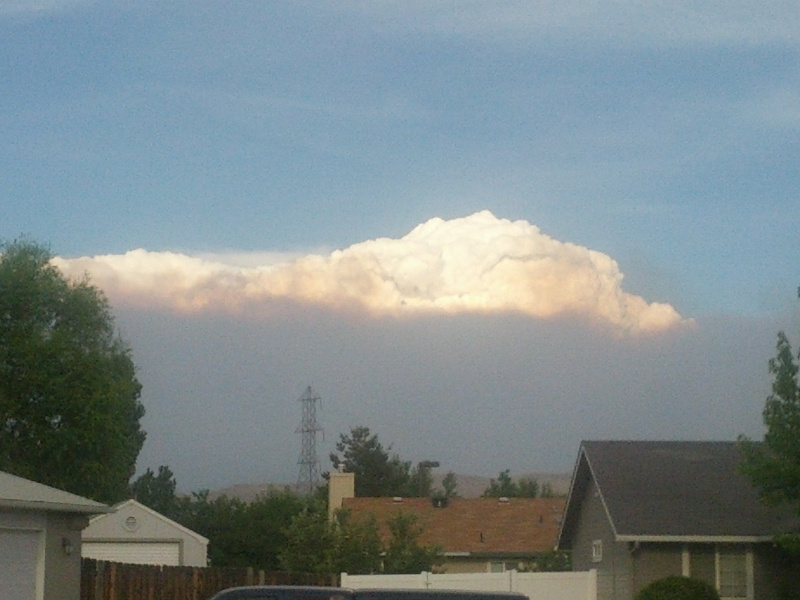 Reminds me of end times coming. 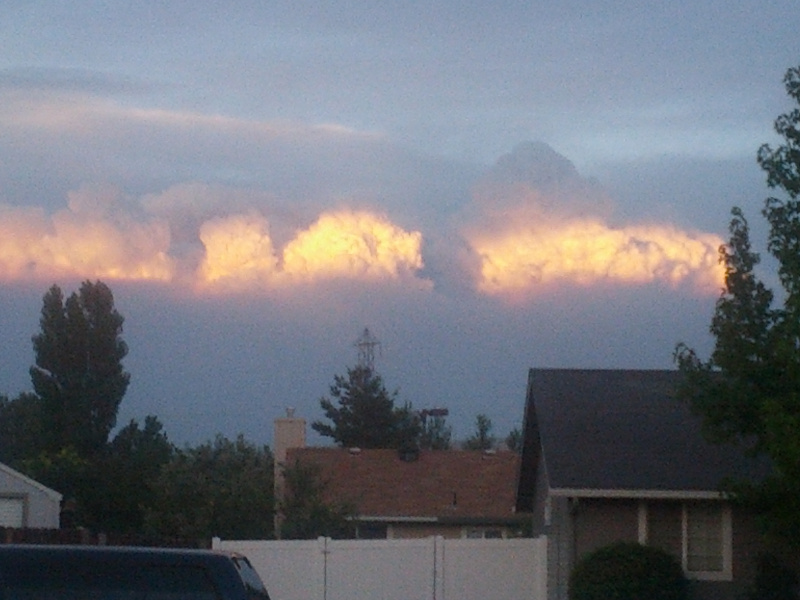 As sunset approached, you could see more detail in the fire clouds.