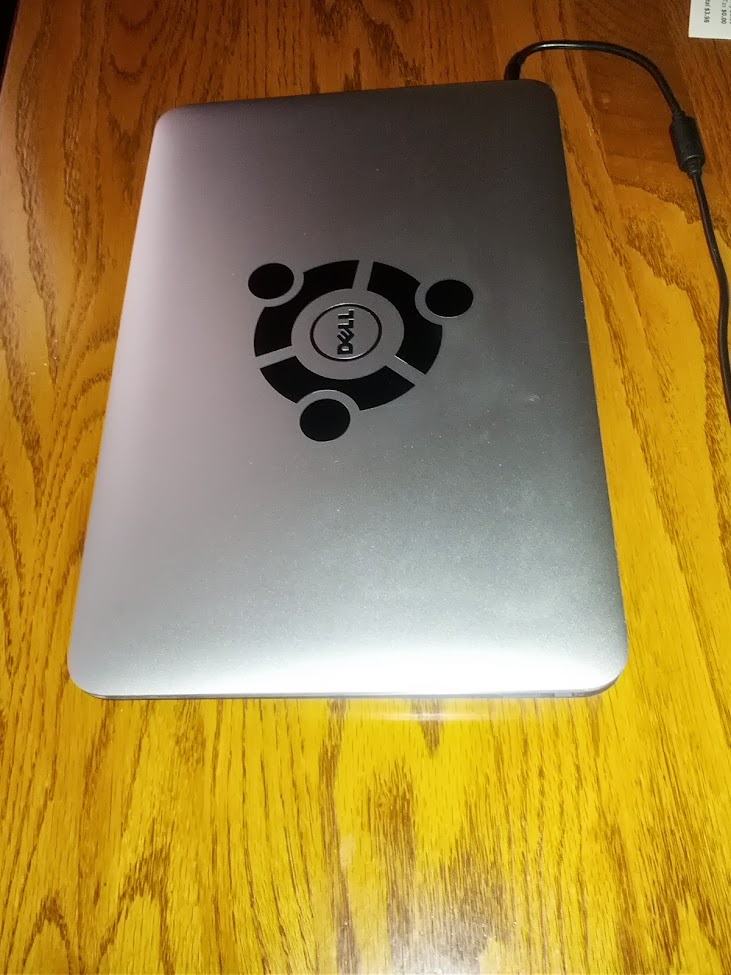 I’ve only had this laptop for a year or so, but I finally finished decorating it. It now carries three stickers. On the bottom it has the Powered by Ubuntu sticker and on the super key it has the Ubuntu circle. This weekend I put the black Ubuntu circle around the Dell logo on the lid. That’s it, done.

It’s been a decent computer for the most part. But it does tend to over heat and shut down if you have it on anything other than a perfectly flat surface. Also, the drivers for the touch pad are still poor. No setting will completely hold off your palms from jerking your cursor around the screen. I can get it to stop for a while with programs, but eventually they die and I have to reboot them.

In playing around with my kid’s new Chromebook, I’m really tempted to go that route next time. Things just work. If I got the Pixel, I could probably get Ubuntu on it without much difficulty. I wonder how Ubuntu works on the Pixel with the touch pad?

My next computer will either be a Pixel or more likely, a System 76 laptop. I’d rather support companies that make Linux only computers over the likes of Dell and HP who have sold their souls to the devil. Heh, I still don’t like Microsoft all these years later.

One thought on “The Final Sticker”