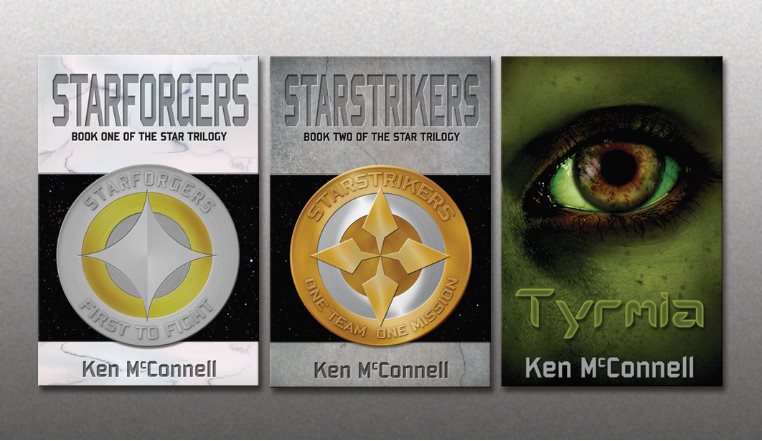 I’ve been rethinking my SF Universe and the books that I will be writing in the next five to ten years. Initially, I expected that Starforgers, Starstrikers and Starveyors would be a loose trilogy in and of themselves. And that’s how I’m going to market them later this year. Including a single ebook with all three novels in one volume.

But initially, I imagined that each of those books would be the first book of a trilogy. So the final outlay is actually a trilogy of trilogies or a nine book series. This is what I’ve decided to head back to in the coming years. Each of the above novels is set in a different time period or generation.

Below is the entire series as it stands now. You can see by all the lack of titles, that I have many new novels to dream up and three total trilogies to write. That’s a lot of work. But better to figure out the big picture now, than to write myself into a corner down the line.

There are other series within this universe, some of which have already been written. Tyrmia for instance and the anthology, Tales From Ocherva. Tyrmia is set in the Third Generation sometime after Starveyors. The plan is to eventually expand that storyline into at least three sequels making it a free standing trilogy. One of the principle characters from that novel will make an appearance in the Starveyors trilogy.

As for the anthology, Tales from Ocherva, it contains short stories that take place during the First Generation or Starforgers time period. I expect to turn out one or two more volumes to that anthology over time. But they are not a priority for me.

One final series that will be set in the Starstrikers or Second Generation and will either be a few novellas or a anthology of short stories loosely based around the pilot featured in the short story The Renoke.

But wait, I’m not finished! I have yet another series that takes place a couple thousand years before the Great War. It’s a High Fantasy series about the man who united the houses of Voton. It will be a trilogy and will be set on the planet Voton. I’ve never written a Fantasy before, so that one will be a challenge.

I’d like to step up my production to completing two novel first drafts in a calendar year. That could start in January. It’s a stiff goal to achieve, but I think I can make it.