Those of you who follow this blog, that would be you and you, over there; know that I prefer to use Linux over Windows and Mac operating systems. I’m not alone. Other writer types use Linux, or so I’m told. But we are a rare breed of writer, to say the least.

My preferred distribution of Linux for the past half decade has been Ubuntu. Ubuntu have impressed me over the years with their ability to innovate and bring desktop Linux to a place where anyone can now use it. I rarely have issues with using the OS myself and I’ve gotten to the point where my tolerance for tweaking is lower than ever. I just want my OS to work and get out of my way. At the same time, I’m willing enough to give innovative new features a fair shake to decide whether I like them or not.

Ubuntu has been doing a fair bit of innovating lately with Unity. Many users either turned off the feature or left the distro for more traditional versions of Linux and that’s their option. But loyal Ubuntu users have doubled down and learned the new system, sometimes offering suggestions for improving it. With this latest version of Ubuntu I think we can say that Unity is pretty well polished and integrated. I’m no longer concerned with that aspect of the OS. It’s fine.

The fit and finish of this release is at an all time high. Sure there are little things if you look for them, but you could say that about any OS. For the most part, Ubuntu looks great now and works great too. Job well done by the developers, testers!

My primary writing laptop is an old white MacBook. Apple no longer supports it and refuses to let me upgrade to Lion. Although the hardware is starting to slowly fall apart in places, the little bugger keeps on ticking. So to help extend it’s life even further, I split the hard drive in half and installed the latest Ubuntu on it. Ever since I did this, I’ve been living in Ubuntu land and have never once booted back into Mac for anything.

The 12.4 release of Ubuntu has awesome support for Mac hardware and it runs great on my laptop. I hope that when my MacBook dies, this support is also lauded on the new HP Folio 13, the next laptop in my future.

Here are some screenshots of my desktop under the new Ubuntu. Shown are some of the programs I use on a regular basis. All of them seem to work just fine a week into using the new release. 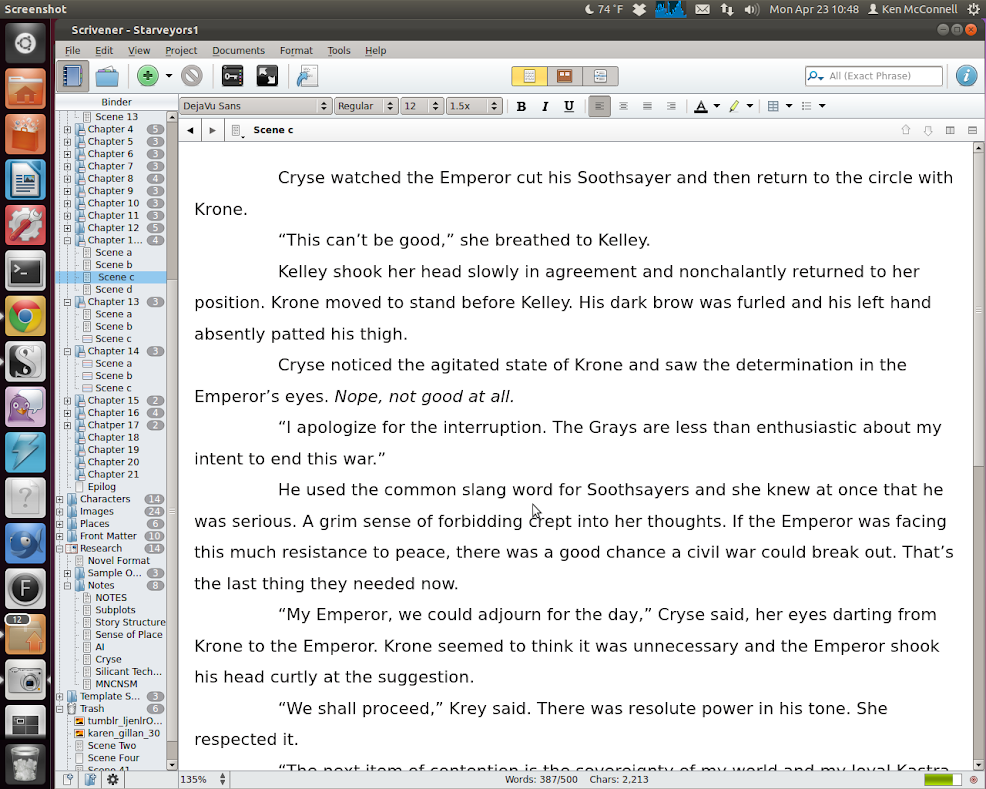 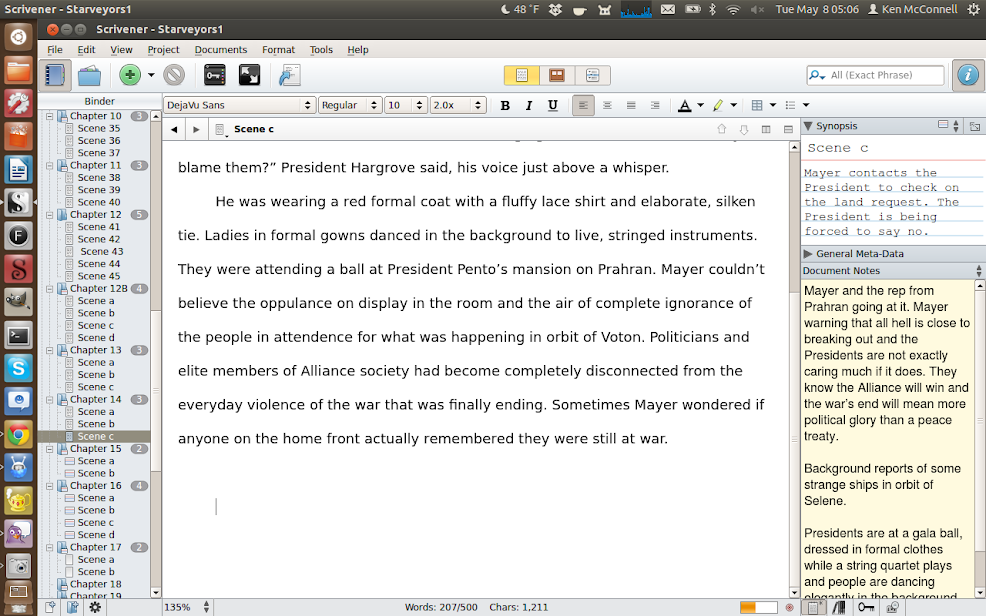 The top screenshot shows Scrivener running on an older monitor. Notice that the Unity buttons are huge. When you run it on the laptop, the resolution on my MacBook is good enough to allow for the option to shrink the Unity buttons. The result is much more pleasant and gives you more screen real-estate. 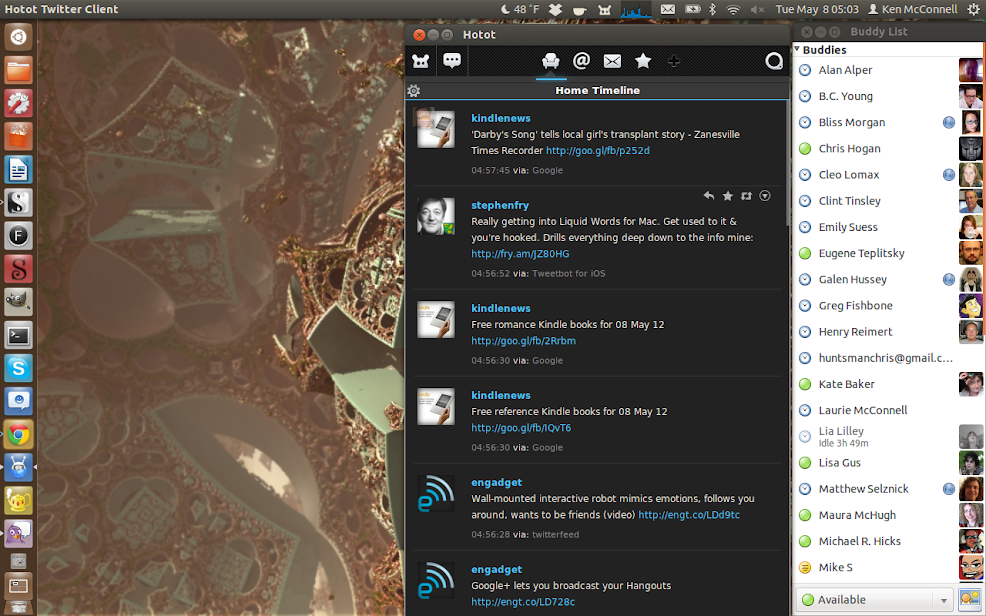 This screenshot shows the Twitter client Hotot and the old faithful chat client – Pidgin. Which I much prefer over the default chat client. 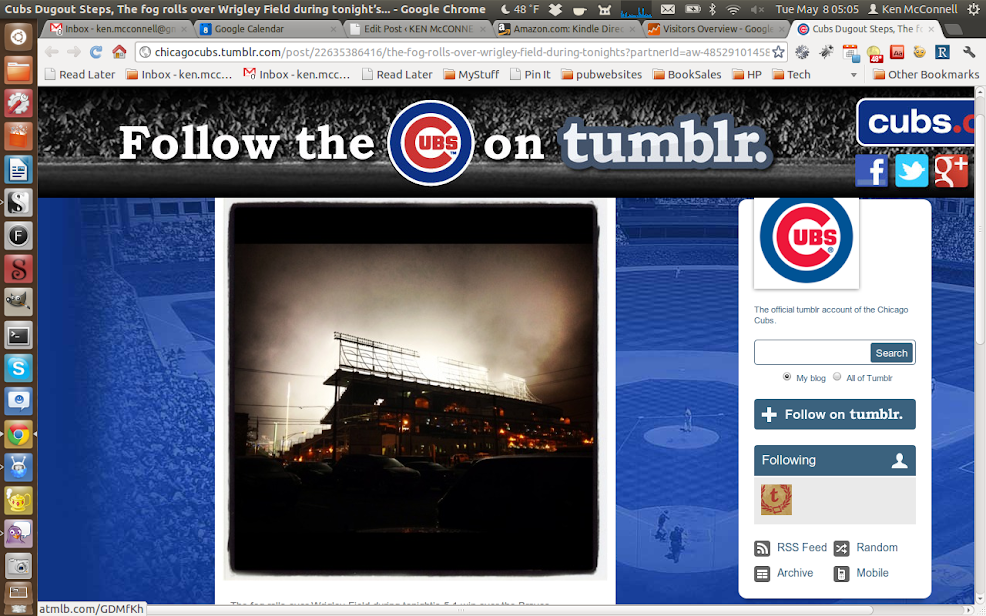 This shows my default browser – Chrome. As you can see, when I run it full screen, it pretty much gives me all kinds of real-estate. I like Chrome better on Linux than Mac or Windows. For some reason, it has a smaller memory footprint. Seriously, the Cubs on Tumblr? That service has jumped the shark man. 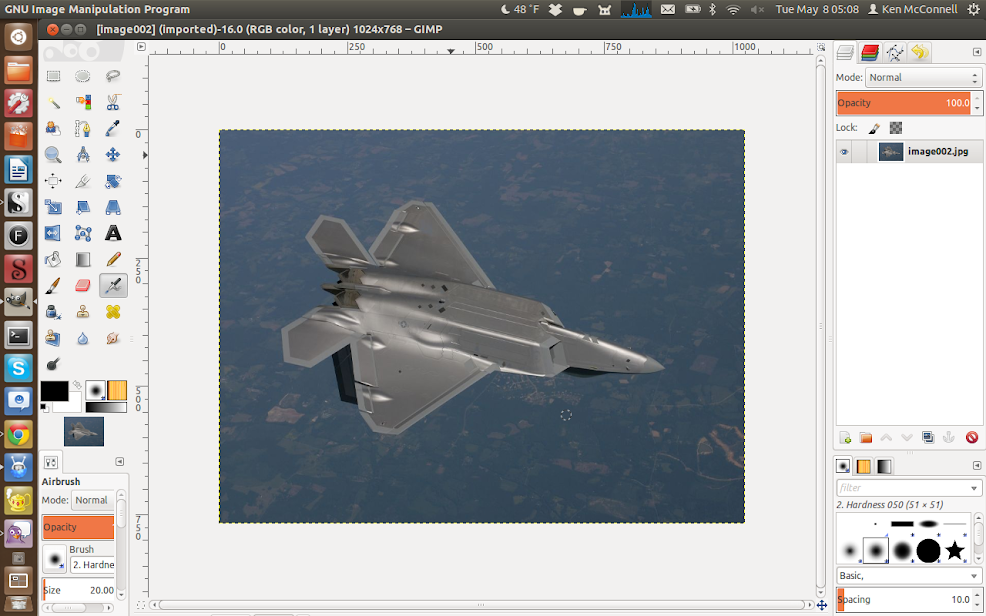 Here is the new Gimp, showing off it’s single window look. I like. I can’t wait to get some time to play around with the new features in Gimp 2.8. That’s a stock USAF photo of the new F-22. Because I just love airplanes, don’t you know? 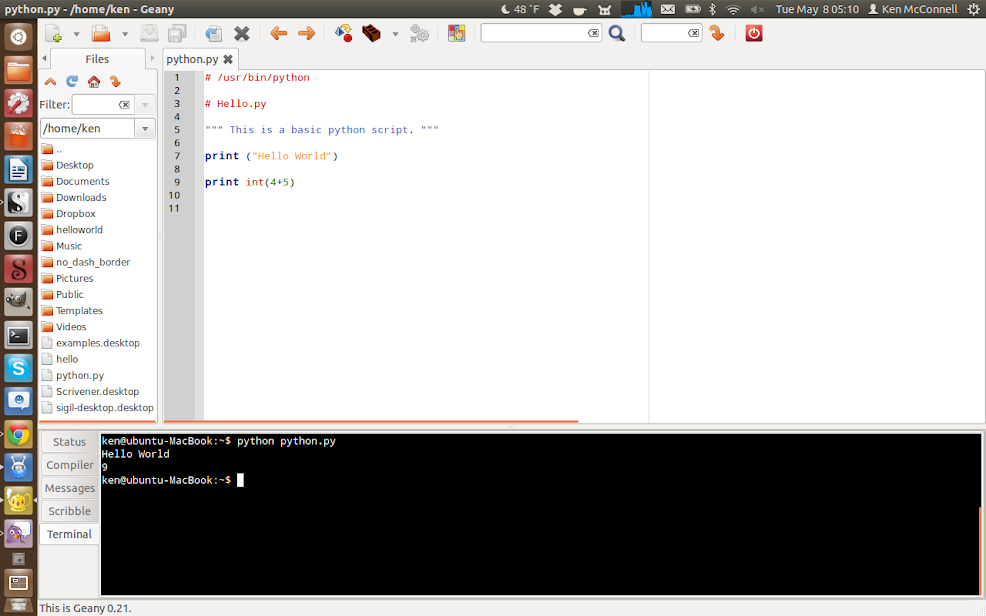 This is Geany, a GTK based IDE for programming. I use it when I mess around with Python. I’ve got my son using it now on the HP Mini. He’s been watching the Khan Academy class on beginning programming. Don’t get me started on why Sal Khan is using a Windows only IDE in the video. I mean come on! 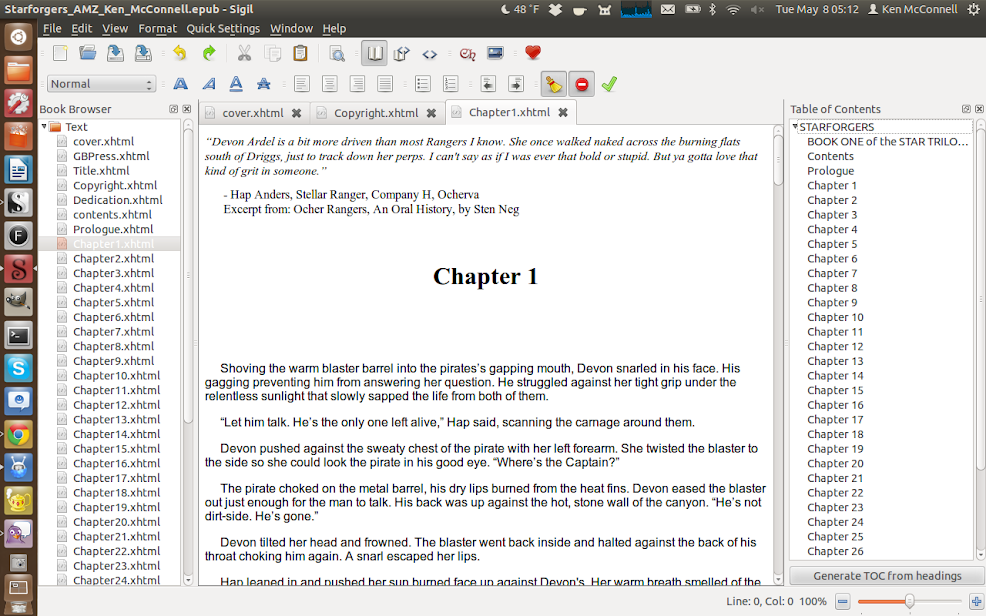 Here is Sigil, the Open Source EPUB creator that nobody seems to know about, but that I adore to pieces. I no longer build my own ebooks, but when I did, or when I need to look at one, Sigil is my go-to program.

As you can see, Ubuntu is working just fine for me and the programs I use on Linux. Not saying that it’s for you, but if you’re looking for something different and free, you should consider using Ubuntu.