Now that the season is three quarters over, I thought I’d post some pics of my kids playing baseball this year. If you’re not a lover of America’s past time, you can skip this one. If on the other hand, you love baseball – enjoy.

First up is the 11-12 year old boys in the Majors. My oldest son tried out for and got on the Fighting Irish of Notre Dame. All the teams are using college names due to a licensing snit by Major League Baseball. Their loss. 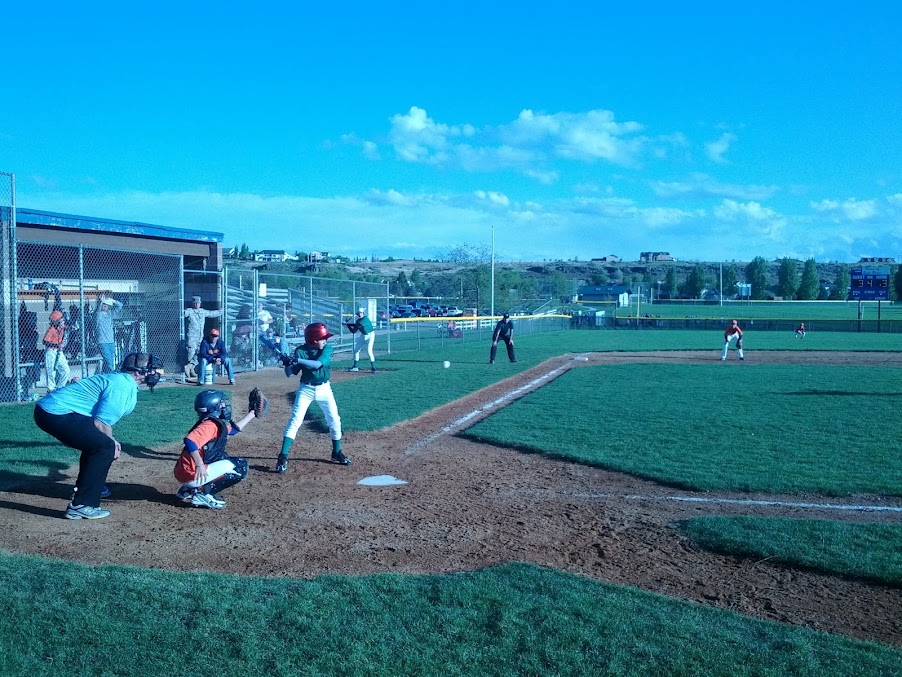 This is my oldest son Jack at the plate in his last game. I shot this through the backstop fence on a gorgeous Monday evening game. I love the green, brown and blue colors in this picture taken with my Nexus phone. If you look closely, you can see the white ball coming. Jack’s locked-in on this inside pitch. 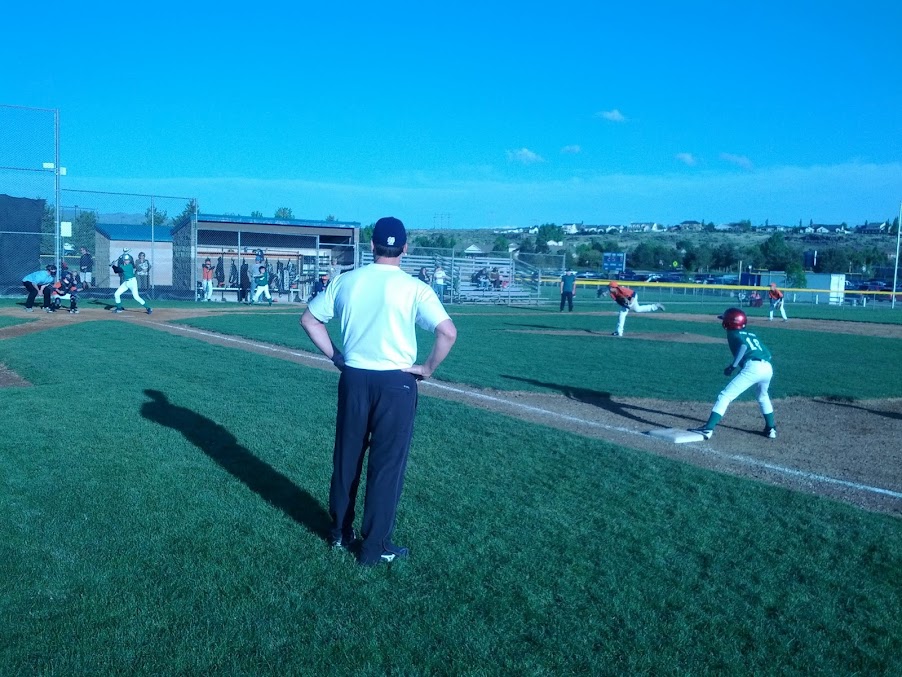 Same game, now he’s on first. The game ended when the kid at the plate, also named Jack, hit into an out at first base and advanced my son to second base. (This was a fielder’s choice play, but they should have gone for the out at second, to keep the lead runner out of scoring position.) From second base, my Jack stole third base on a pass pitch. In other words, the pitcher threw it behind the catcher, forcing him to run to get the live ball and then the catcher threw it to third base to try and get Jack out. Only it was a bad throw that wound up in left field. Plenty of time for Jack to run home with a walk-off steal. That’s baseball. 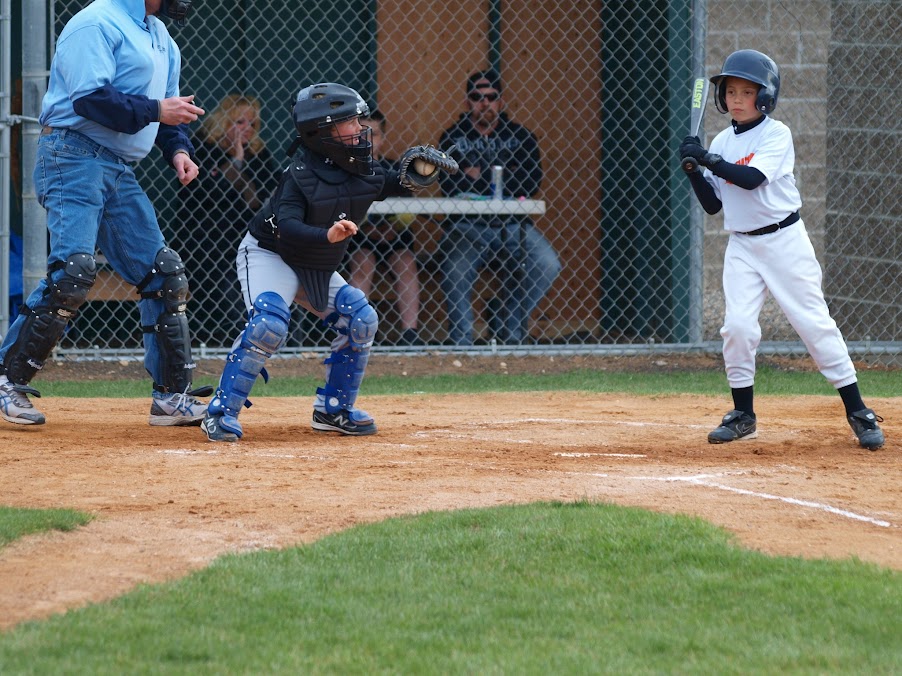 This is my youngest son, Spencer, who plays for the Oregon State Beavers. I’m one of his Assistant Coaches. This picture was shot by a fan with a really nice digital camera. You can tell that these kids are a couple of years younger than the ones in the Majors. This is AAA league where the boys are 9-10 years of age. Our umpires are volunteer dads. The team we are playing here – the Cal Bears beat us on this day. They are a great team of good baseball players.

I’ll have lots more pics at the end of the season. But this gives you a taste what I see when I coach and when I get to watch my kids play. 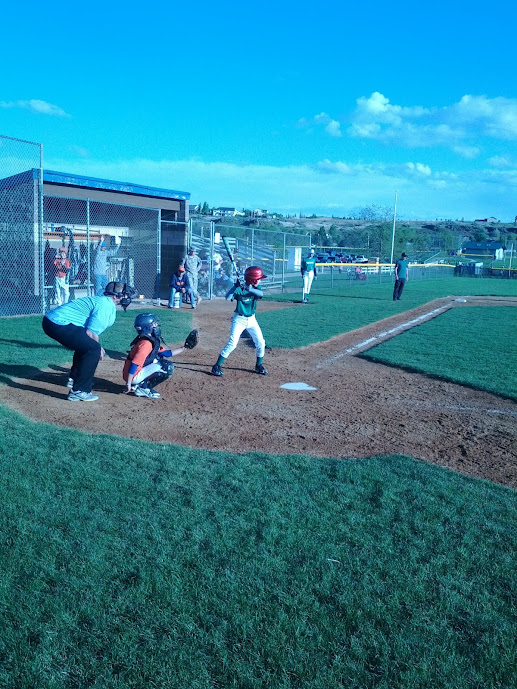