The first SF short story I ever published will be free this Friday and Saturday on Kindle. You can read it for free right here on the blog, but sometimes people like to read on their e-readers instead of their monitors. If that’s the case for you, then snag it for sure. 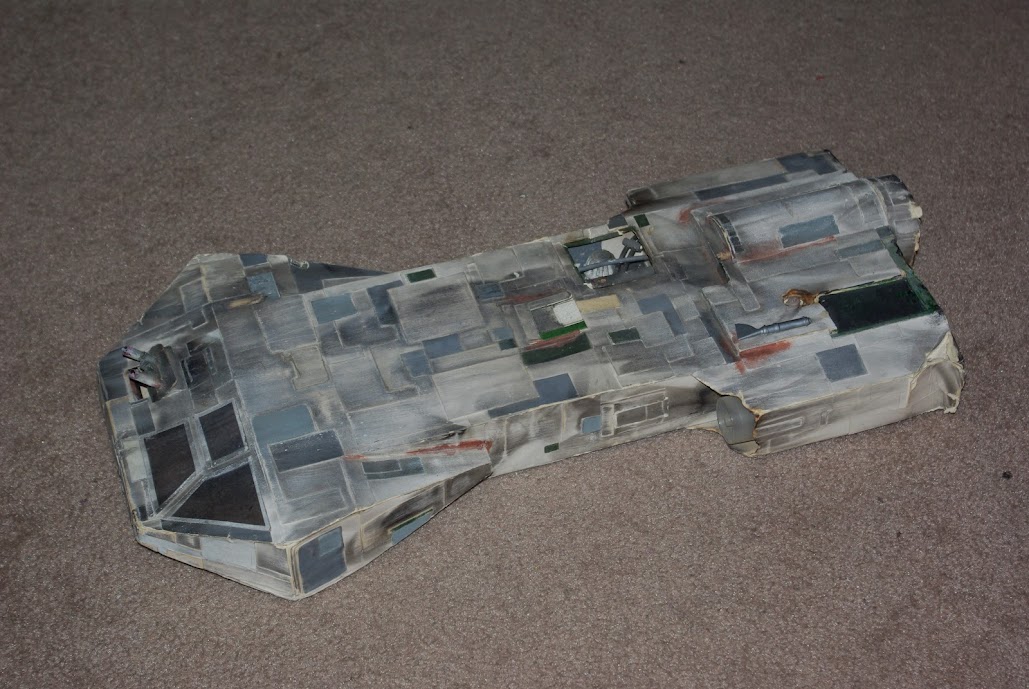 The above picture is a model that my buddy Ed Halbig and I made of the title starship. It was built from poster board and detailed with model paints and bits of plastic model parts. We used the model in a short film that we shot when we were in Junior High School. Yes, I said film. It was shot on Super-8 film back before you could get camcorders or digital video recorders.

The short story is about what happened when the ship was purchased by the owner, Joules Rouse. Rouse was featured in our short film, called Renegade. But the plot of the film and the plot of the short story are completely different. The Renoke is the first of series of short stories about the ship and its captain. I have not written the other stories yet. I will get back to them, eventually. But for now, enjoy this origins story.