I’ve always been fascinated by the concept of camouflage on starships. When I was in college, I had a collection of Star Trek models, the old-school original series versions, back when they were affordable. I painted one of my modified Enterprises with the disruption camouflage used by allied battleships in the North Atlantic during WW2. I wish I had a picture to show you, it was one cool looking starship. Below are some pictures of ships from that era so you can get an idea where I was coming from. 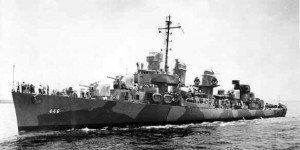 The above picture is the USS Radford from WW2 sporting a Measure 12 scheme. This is the SS Empress of Russia a troop carrier with the Dazzle scheme.

These paint schemes were designed to make ships harder to see on the horizon. The bold shapes helped to break up the lines of the ship, making it harder for submariners to see them. In space, one would think that scanners or some such would replace visual acuity for tracking enemy ships. But some schemes could also help fool scanners, much like the mysterious black material that coats modern stealth fighters and bombers.

For the smaller starfighters though, they can easily be painted up, especially if they fly over jungle planets in low orbit or even in the skies of earth-like planets.

In my novel, Starstrikers, I have the bad guys using camouflage on their starfighters. Above we see a Terror Diver starfighter with no camo, but a funky red skull design on the  nose. I love that image it’s alien and yet familiar. 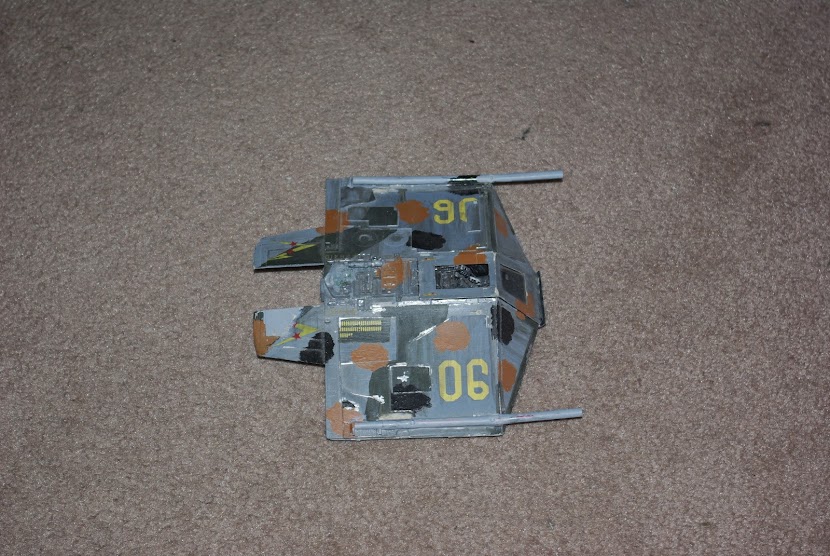 This is a model I built of the Votanion Stratofighter from Starstrikers. These were primarily atmosphere fighters and had my unique patterns intended to help mask it over the jungle planet of Tomungia. I figure starfighters would use grays and black when in space, but land based fighters would still use the more colorful blends to fool human and alien eyes. The last pattern I want to show you is from Starforgers, the first book of the Star Trilogy. The Votainion fighters in that era were called Eight-fighters by the humans and KIV-3’s by the Votainions. The bottoms of the KIV-3’s had a version of the Dazzle camouflage of WW2. Again, the idea was to confuse the eye as to which direction it was traveling and to break up the pattern of those monster big wings. 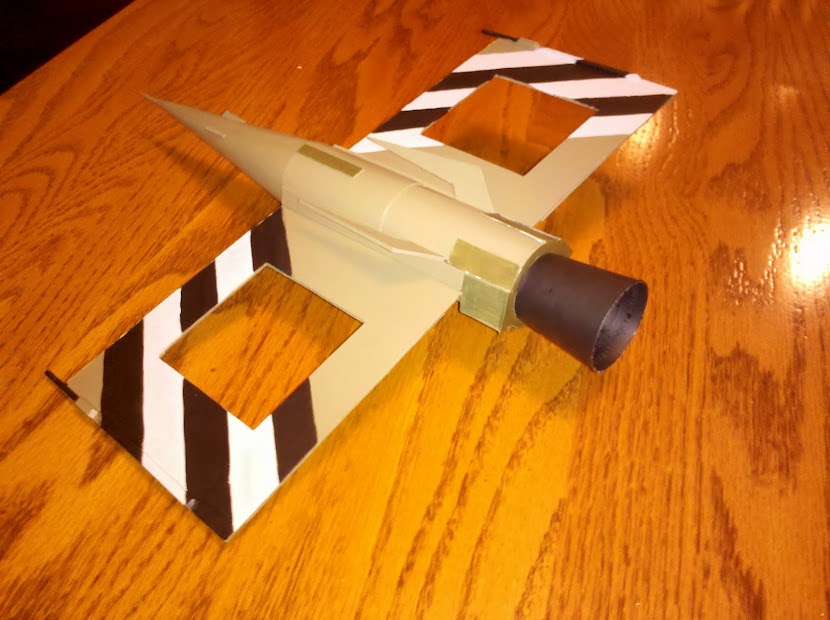 The last picture I have for you is of a tiny model that I made when I was a kid. It’s a Votainion Interceptor ship from the novel Starstrikers. These had black invasion stripes on their noses, also culled from WW2, and splotches of browns, greens and blacks along the body to break them up a bit. Interestingly, the allied fighters in Starstrikers had no camouflage.