I included some of this post on G+ this morning, so I apologize if you have already read it there. The following is a brief explanation for the Star Trilogy novel covers.

Marble – “As the favorite medium for Greek and Roman sculptors and architects (see classical sculpture), marble has become a cultural symbol of tradition and refined taste.” – Wikipedia

Silver – “It has also long been used to confer high monetary value as objects (such as silver coins and investment bars) or make objects symbolic of high social or political rank.” – Wikipedia
The Star Trilogy books – Starforgers, Starstrikers and Starveyors tell the story of the founding of a classic galactic empire. In this case it is an Alliance. Each book takes place in different time periods during the lifespan of the Alliance. 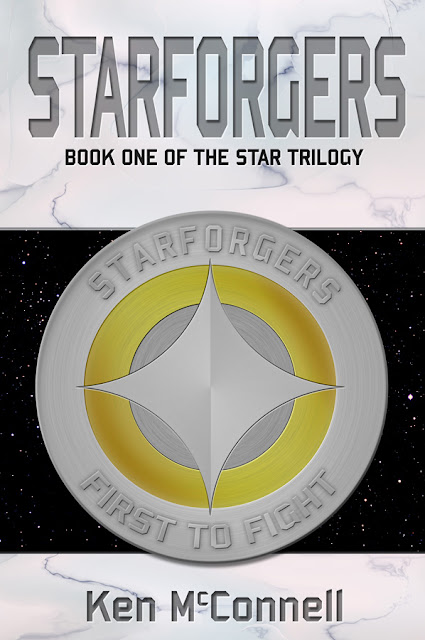 For Starforgers, we went with Marble for the background, because of its association in classic society as an early building materiel. Before the Great War, the Federation was rich and refined. The Starforgers coin is mostly silver because that metal signifies high social and political rank. The gold band is a visual tie-in to the next book cover Starstrikers. 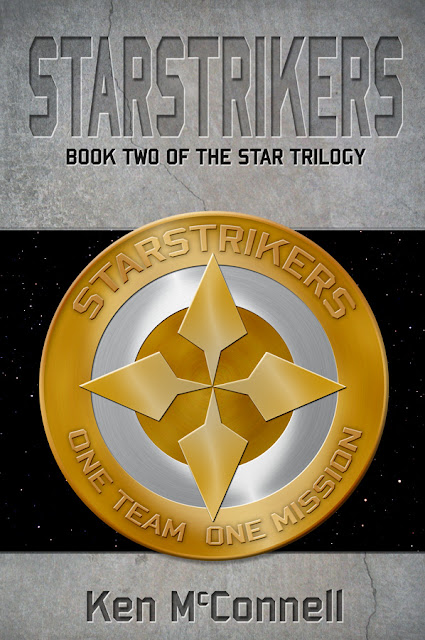 Each book in this trilogy has a different type of building materiel and a different valuable metal used in the unit coins. The building materiel follows the evolution of society. Starforgers – marble, Starstrikers – concrete, Starveyors – steel. The final coin will be an alloy mixed with gold and silver, possibly platinum. We used military unit coins, because each book is titled after three such units.

The band of space is meant to imply that the stories are epic, space operas and not set on any one planet. The military fonts reflect the Great War that starts in the first book and ends in the last book. The font used is Bombardier.

And now you know why the covers are the way they are.