In the final game of the season, the O2 Titans were shut out 20-0 by the Vikings from Middleton. The game was not as lopsided as the score indicated. Both teams were scoreless until the third quarter when the Vikings got lucky on a deep kick return. The entire team went to one side of the field and got burned by the Viking return man who simply went to the other side of the field. 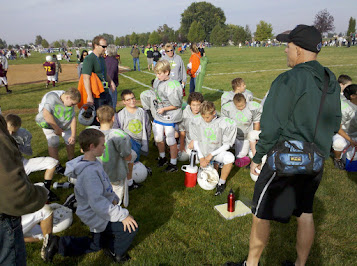 The Titan offense was able to move down field on multiple tries but were unable to score. A blocked punt on the Titan thirty led to another Viking touchdown. Both PAT’s were denied. The final score came late in the fourth quarter on a nice sideline run by the Vikings runningback.

The Titans played hard but were hampered by ignored holding calls, as is the norm in this particular league. When will adults stop teaching kids to cheat? Probably not as long as their egos are in the way. The Vikings kids played hard and were well coached in fundamentals. The Titans offense had some bad long snaps and found it hard to break open for long yardage. The Titan defense had a few one and outs, giving their offense plenty of etra playing time. 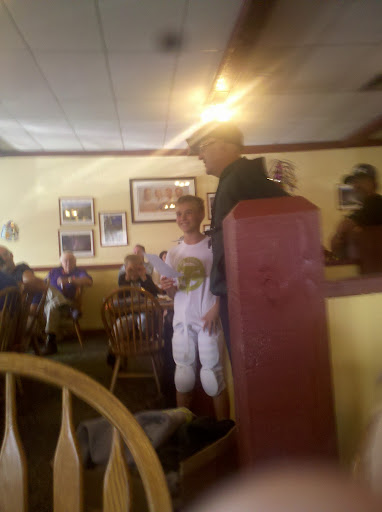 But all was not lost. The Titans ended the season with a hundred-and-eighty degree turn around from last season’s dismal 2-5 season. Finishing 5-2 this year was an awesome record to build on for next year. Considering they played several games without some key players due to injuries and sickness, the team pulled together and persevered. The coaching staff is to be commended for helping the boys learn the fundamentals and helping them realize that they are an awesome team. 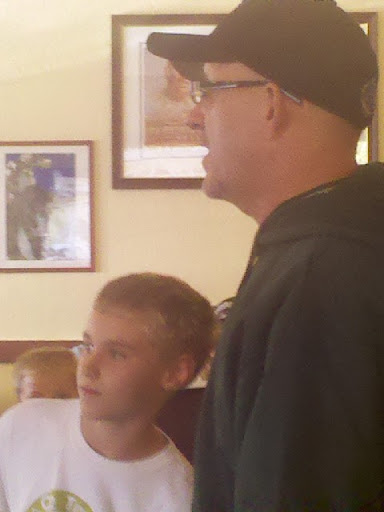 My son got his third interception in the final game as well as a decent punt return. Jack also managed to make some critical third down stops which included a shirt tail slow-down of a Viking running back that allowed his teammates the time needed to bring him down with minimal gain. Congrats to Jack and all his teammates for a great season!