The O2 Titans cruised over the Vikings 34-6 this afternoon in what Defensive Coach Ty Akers called the most complete game of the season to this point. Once again the Titan defense had a shutout going until late in the 4th quarter. But the Offense was on fire today with five touchdowns and two point after attempts. 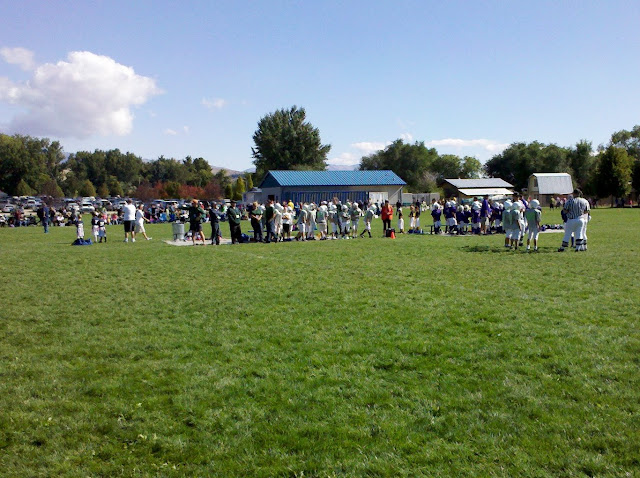 Running back Brooklyn Akers got his first rushing TD this afternoon in a thirty yard sprint into the endzone. Joey Banks picked up two touchdowns and Kelvin added to the total with his own impressive charge into the endzone. 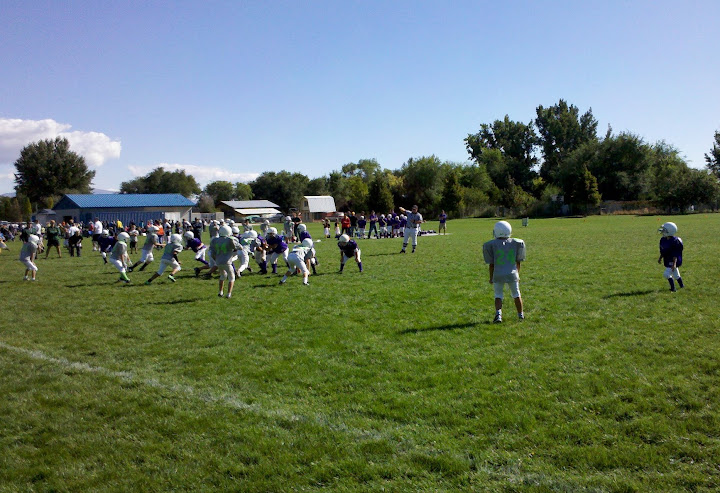 Defensive efforts included knocked down passes, blocked punts and very aggressive three and outs all day long. The Titans improved to 5 and 1 and now enter their final game of the season next Saturday with one of the best records in their division. Quite the turn around from the 2 and 5 record of last year. Great game coaches and players!