The undefeated O2 Titans looked sluggish and tired from the get go, and the win-less Blue Knights were hungry. The game was tight with both teams scoring to keep it close the whole way. But the Knights came out on top, winning 26-24. 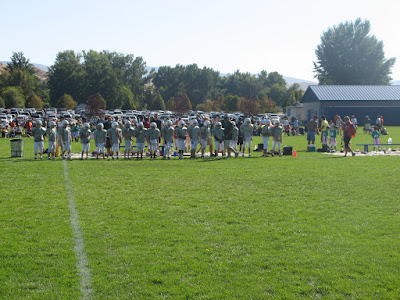 Pre-game team leader meeting and the Titans got the ball first. But they were unable to score on the opening drive. The Knights scored first and were on top by two TDs when the Titan Defense stepped up. 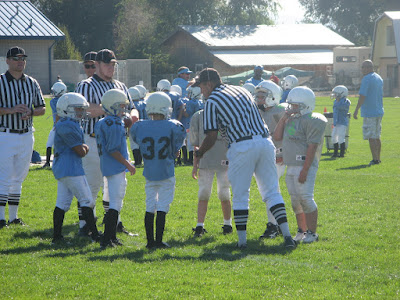 The Knights tried to throw a pass on the corner and it wound up being over everyone’s head. The very next play, the Knights came back to the air on the same corner and Jack McConnell stepped up and caught it. Not satisfied with a mere pick, Jack started down field at the forty. Cutting back across the center of the field, he avoided tackles and then sprinted for his first pick six! Both of his parents were screaming for him the whole way down the field. 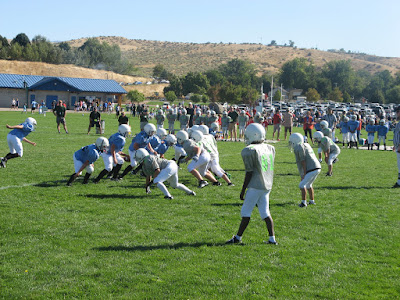 The Titans had the ball deep in their own side of the field as the time wound down. Then on forth down their pass was intercepted. The Knights then took a knee and the game was over.

If the loss was not enough, Titan QB Bradley was hit hard on a running play and knocked out. Having just got back from a concussion, his season may now be over. Bradley was able to walk off, but he was clearly shaken up. We hope he’s recovering comfortably and he will be missed for the rest of the season.