My brother sent me some cool things for my birthday this week. An F-16 model featuring the Kunsan AB Wolfpack jet. My final assignment in the AF was at Kunsan AB, Korea. He also managed to pick up a first edition Asimov paperback of David Star, Space Ranger. I love these Asimov juveniles and they are really hard to find. So this one is a prized possession. 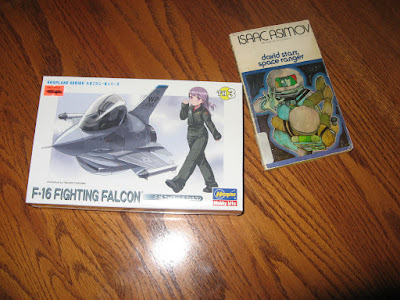 Of course BSU’s Heisman candidate QB, Kellen Moore is on the cover of SI this week. I had to pick up one for the Bronco’s collection. That makes three covers in two years. 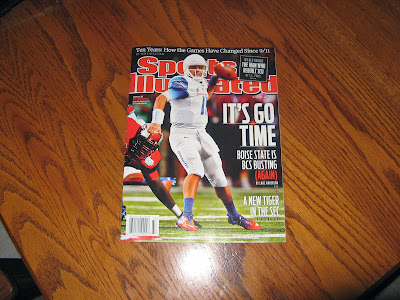 My son’s football team – the O2 Titans, beat the Kuna Crushers this afternoon in Kuna, 22-8. Defense dominated once again and the offense had some issues with point after attempts, but otherwise ran pretty good. A fun game to watch.

The last football note for the day was my alma mater – University of Central Florida beating Boston College in Orlando tonight. I watched them on CBS Sports for the entire second half and loved it. Like watching my Broncos play football. The Knights dominated on defense. Almost makes up for all those times I watched our football team get creamed back in the eighties. GO KNIGHTS!