My oldest’s youth football game was at Bronco Stadium this morning. They scored one TD and allowed two TD’s on defense. But to be fair, a fumble on the second TD was a lucky shot for the other team. The Titan defense was stiff. The game was exactly twelve minutes long. But hey, they can now say that they have played on the most iconic field in college football. 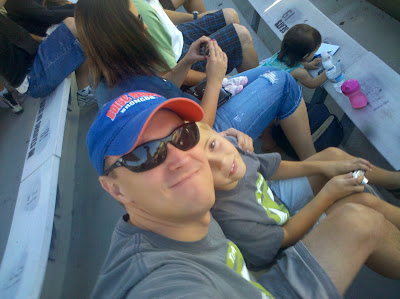 Here I am with the youngest, Spencer, above and my wife Laurie below. 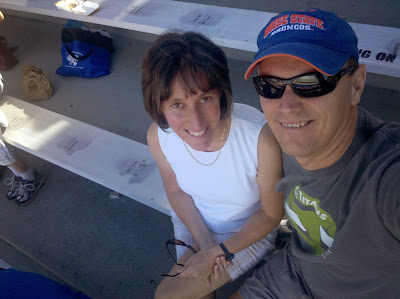 All the families were sitting on the visitor’s side of the field, which is why the stadium looks empty. 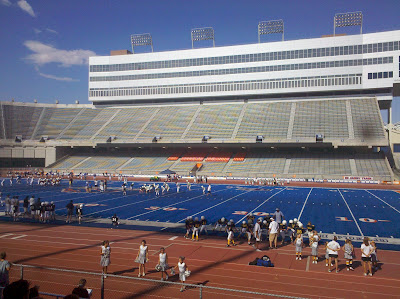 Alert college football fans will note the MW or Mountain West logo on the field, signalling the Bronco’s first year in that conference. It was a fine time for one and all.

The black smudge is from my broken cell phone camera. Daddy needs a new phone. ;-)