I didn’t realize it until now, but I’m actually writing a trilogy. The Star Series books are really only three books long. So, um, I guess that makes them a trilogy. They are related and sequential, they just all have mostly different characters. Anyway, it looks like I will have to alter the cover to Starstrikers and include in the cover of Starforgers the order to read them in and stuff. To avoid any confusion, or at least to cut down on the confusion.

Below is what the Starstrikers cover may look like this fall. It’s just a crude hack, but you get the idea. Branding must reflect the fact that it’s book two and that it’s part of a trilogy. I won’t make this change though, until Starforgers is out, otherwise people will worry that they read them in the wrong order. The third and final book, Starveyers, will be out next fall. But don’t wait till then to read them all. They each can be read separately and still enjoyed. 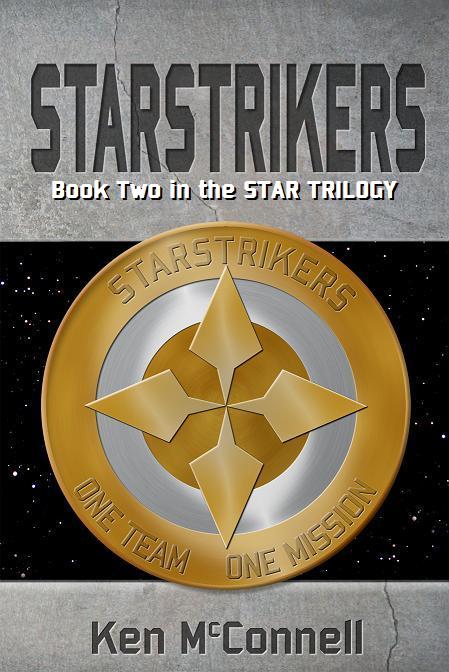