It’s been a while since I last posted a screenshot from the WIP – Starforgers. I’ve updated to the latest version of Ubuntu – 11.4, featuring the Unity desktop. So here’s where I am on this fine Saturday morning. 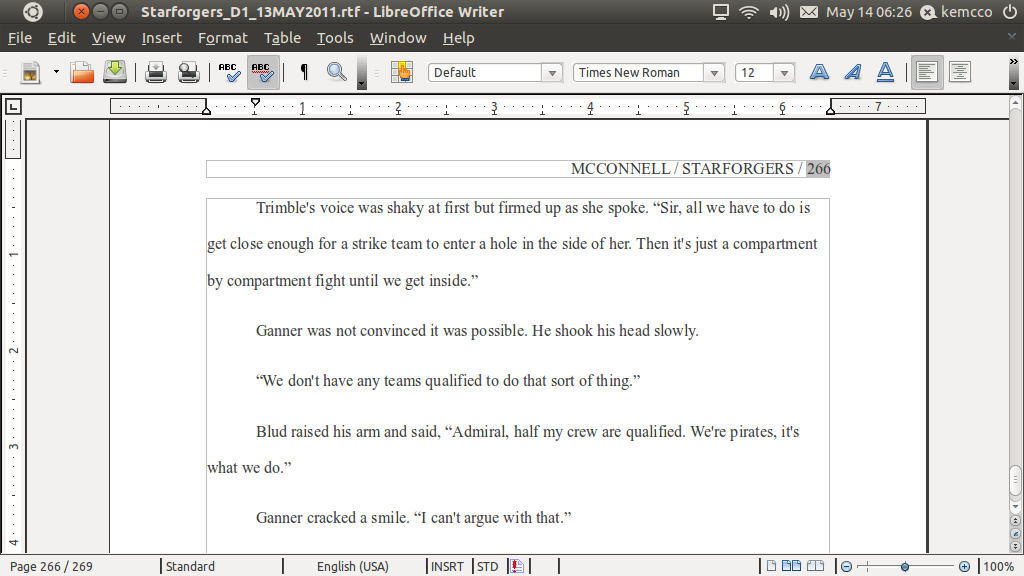 As you can see, LibreOffice does not fit into the new Unity interface like a proper application yet. The menus are still below the bar. Most apps will have their menu’s on the top bar and only visible when you highlight them.

I’ve been using Unity on the HP Mini for a couple of weeks now and I have no big complaints. Once you submit to the fact that you’re not in Kansas anymore and you have to do things the Unity way, it’s not that bad. There are some things I miss, like the weather applet. But for the most part, I can do my work and it stays out of my way. This is good for productivity.

One awesome update to this version of Ubuntu – the internet on after wakeup is fast, like on my Macbook. It was horribly slow in 10.11. Thank you Devs for fixing that annoying bug!

As for my overall impressions of Unity on the netbook, it’s fine. Nothing earth shattering, but okay. Sometimes it gets rocky and crashes, but only after I start pushing buttons and knocking it around more than I usually do. I think the next version will be more stable. I have no idea how Unity would be on a Desktop machine, but on this tiny, ten inch screen it works fine.