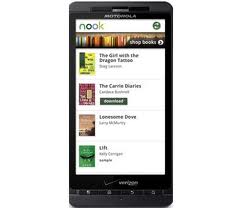 One thought on “An E-book Moment With My Kids”