What is Tyrmia? A planet on the star charts known as IS400c. It was where the first meeting of humans and Votainions took place. Things didn’t go well. Landing parties from both sides were trapped on the jungle planet and consequently never heard from again. The greatest interstellar war in history raged for a thousand years all around the planet and yet never venturing back to it, until the war was long over.

It was rediscovered by an unlucky Starveyer pilot who crashed on it’s lush, green surface. What she finds and how she survives is the story of Tyrmia by Ken McConnell.

Tyrmia will be available on the Kindle and Nook, exclusively from GB PRESS.

Buy it for the special introductory price of just .99 cents until January, 2011. Available for purchase Thanksgiving week. 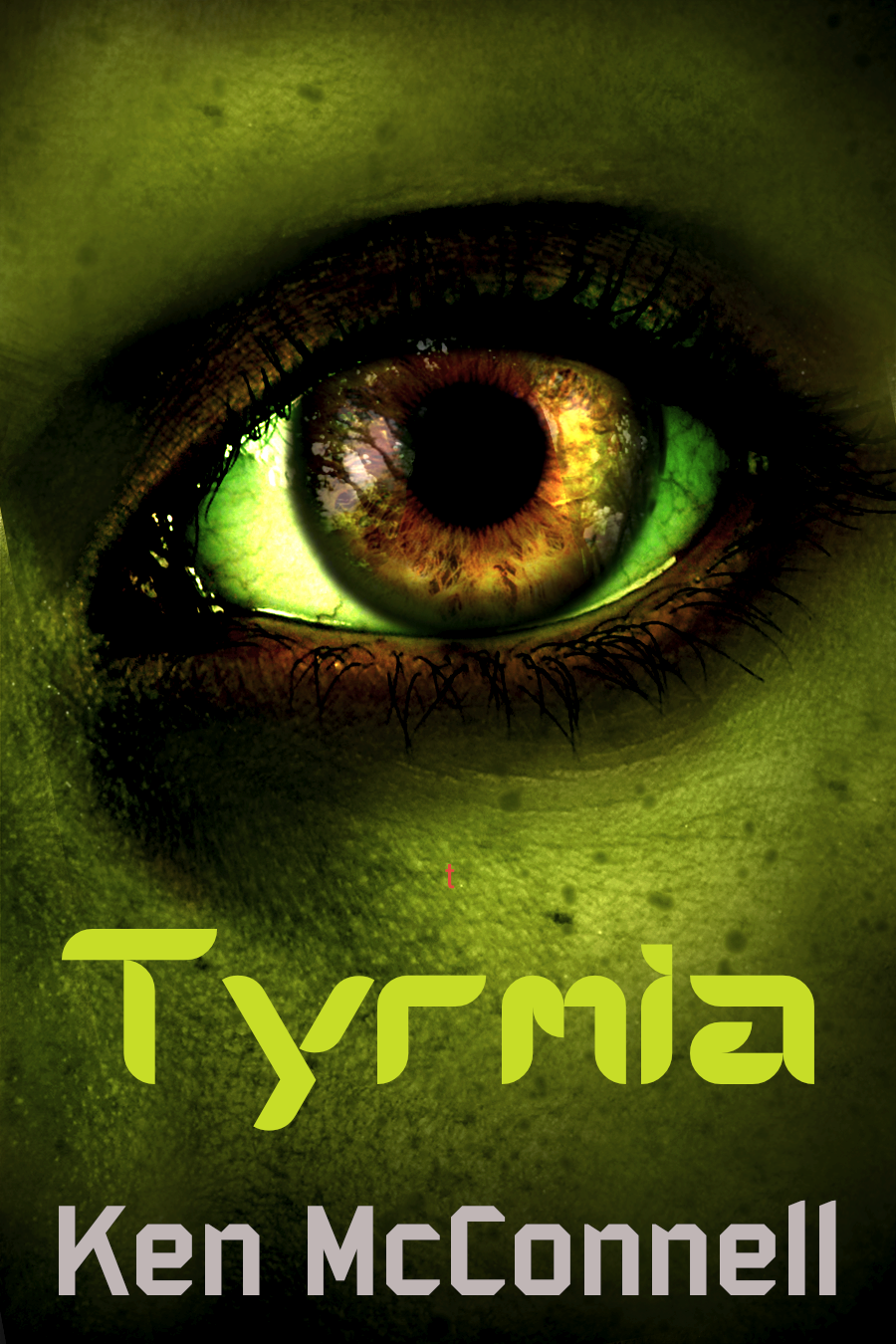