I actually took the time to include Vynn’s four winged starfighter as it would have looked after he rammed the bridge of the Black Star in chapter one of the novella. I build it from strip styrene stock and stuck it into the bridge windows. At least I know it’s there. 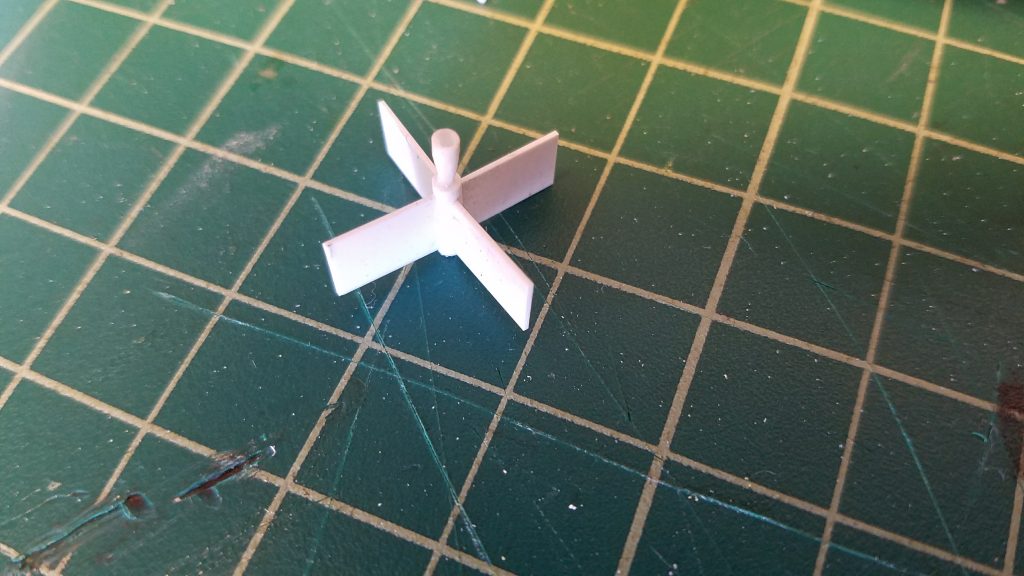 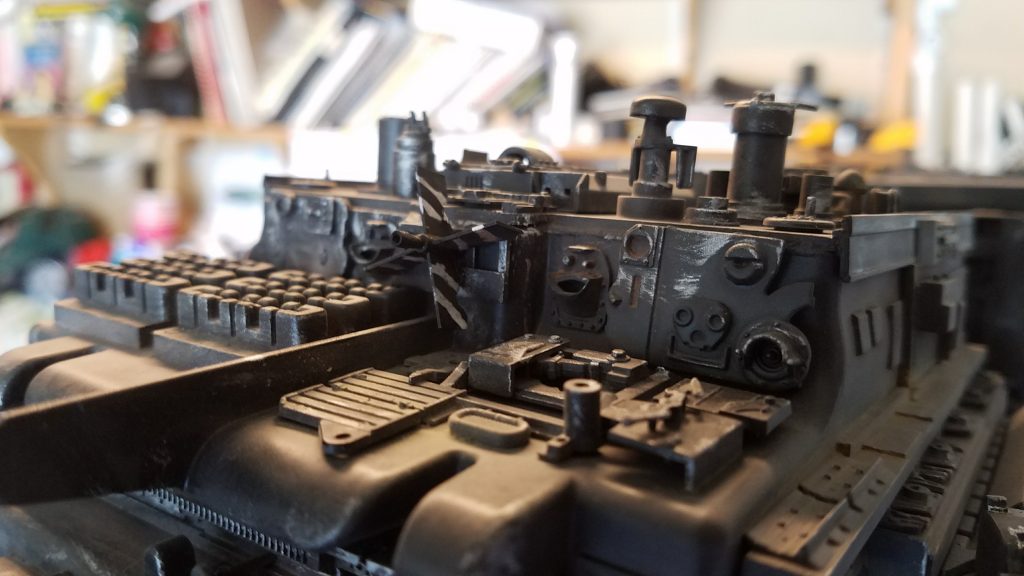 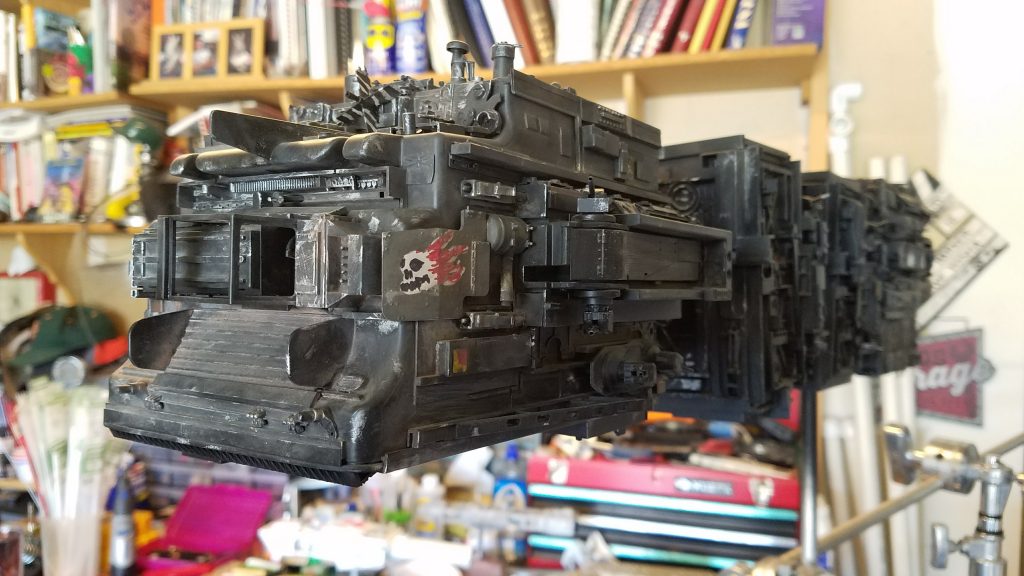 I also added a hand painted flaming skull that marks it as a pirate ship in this universe. At this point the model was done and I had nothing to do but photograph her for the book cover. 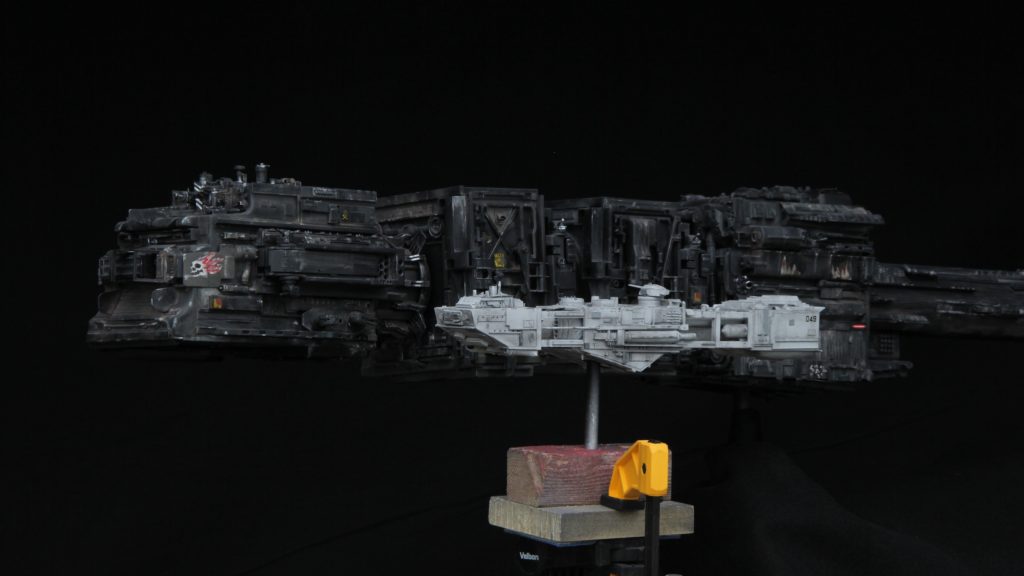 Here she is with the Weippe. 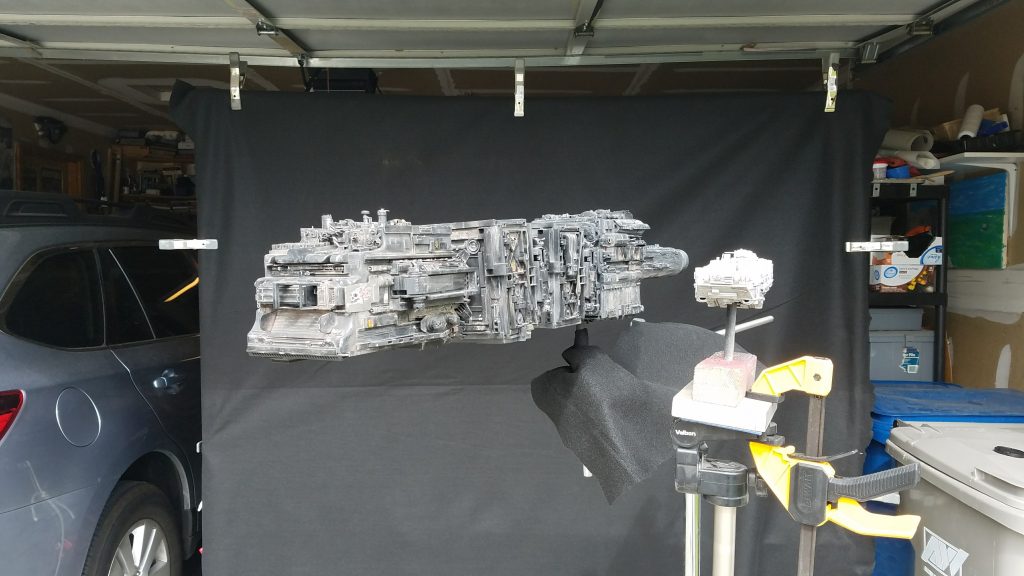 Took this one with my phone so you could see the set up in my garage. I used the sun as my single key light. 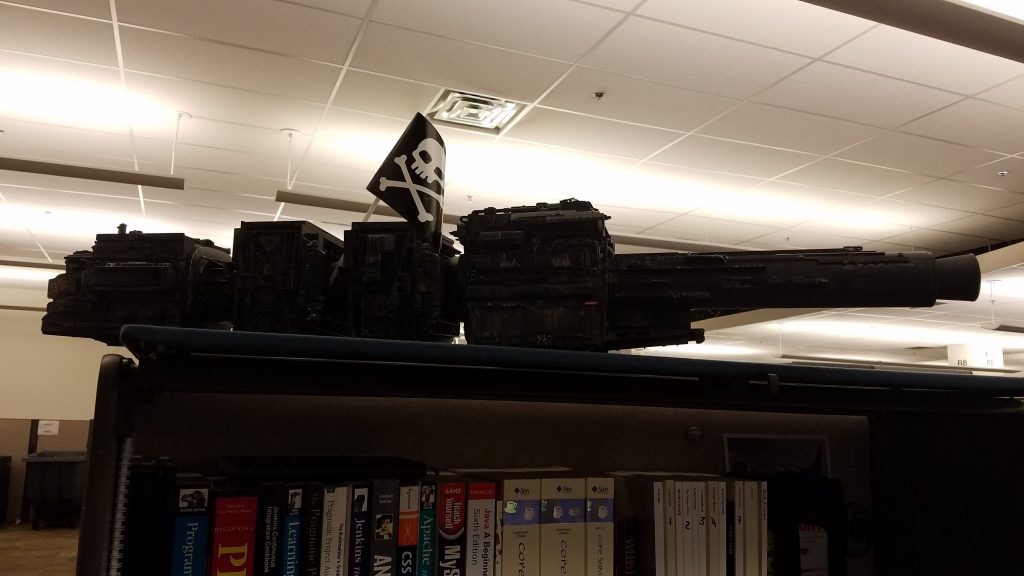 The Black Star made regular trips to my office for show and tell. Below is the final book cover after a decent Photoshoping by my brother, Byron.

Byron improved the flaming skull and composed the elements into a pretty cool scene from the book. Done.