Corvette 3, Pirate’s Lair is now available in 5×8 paperback, exclusively on Amazon. As of this writing, it has not been linked to the ebook offering page, but I expect that to change next week. When you buy the paperback, you will get the ebook for FREE. So if you like to have two versions of a book for convenience sake, like me, this is the better value.

I’m mulling the possibility of creating a Trilogy Paperback in a larger format, probably Trade Paperback. Let me know if this interests you. It would cost less than if you were to buy all three in paperback. I’m less likely to offer a similar ebook because Amazon already bundles it for me.

I’m done with this series for now. My immediate writing efforts are going towards completing Kill Dash Nine, the next Joshua Jones Mystery novel. Once that’s finished I can come back to Destroyer. 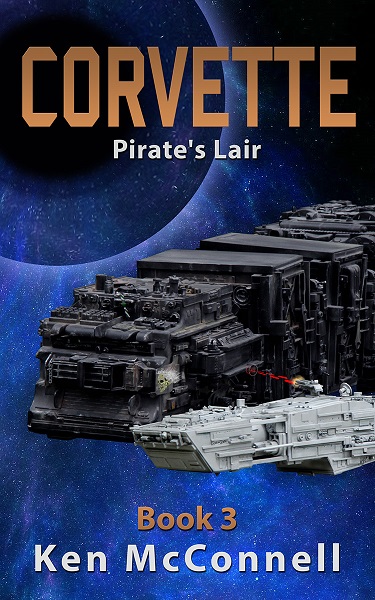