When you hear the word Corvette, do you think of the slick sports car from Chevrolet? Most people do. In fact when I let that name slip as the title of my WIP on Twitter, I got RT’d by a Corvette car enthusiast group. But I wasn’t writing about a car, or looking for a lost candy apple red hot rod. What? You’re not a fan of Corvette Summer? Really? I loved that film. “Hey, kid. Ever pump Gaaaaaasss?” 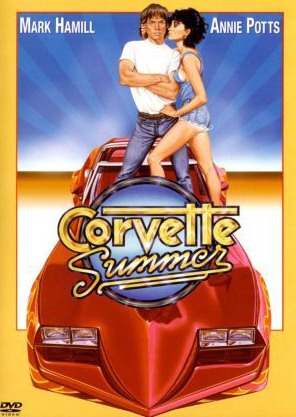 No, I was writing about a small, military warship, otherwise known as a corvette. My Corvette was about a tiny, military starship and it was set thirty years before the events in my Star Saga. My corvette was the smallest and the oldest rated ship in the Federation. It was also run by the oldest serving captain of the fleet. Something about the Old Man of Space running the oldest starship seemed fitting.

Naval corvettes were the smallest rated warships in most wooden ship navies. In fact in a few navies the rank Corvette Captain was the first rating of Captain. Here’s a picture of a French tall mast and steam hybrid corvette called the Duplex. 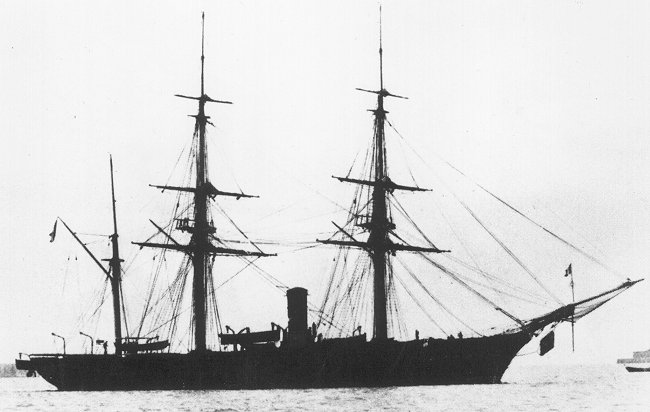 But my story was not inspired by wooden ships. It was inspired by the small, converted transports used to safeguard trans Atlantic convoys during WWII. Specifically, the Flower Class corvettes that were made famous by Nicholas Monsarrat. My original source material was his seminal novel, The Cruel Sea. 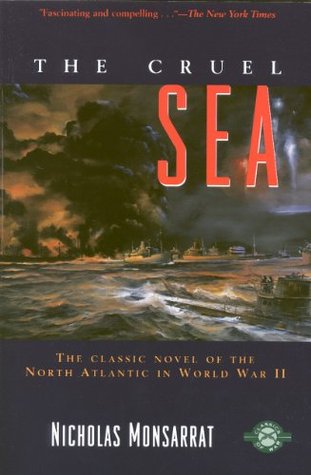 The story followed the crew of the British corvette during the war and was based on Monsarrat’s own military career aboard corvettes. If you ever get a chance to read the novel, you won’t regret it. The movie isn’t bad either. Below is a color photo of a Canadian Flower Class corvette, the HMCS Regina. 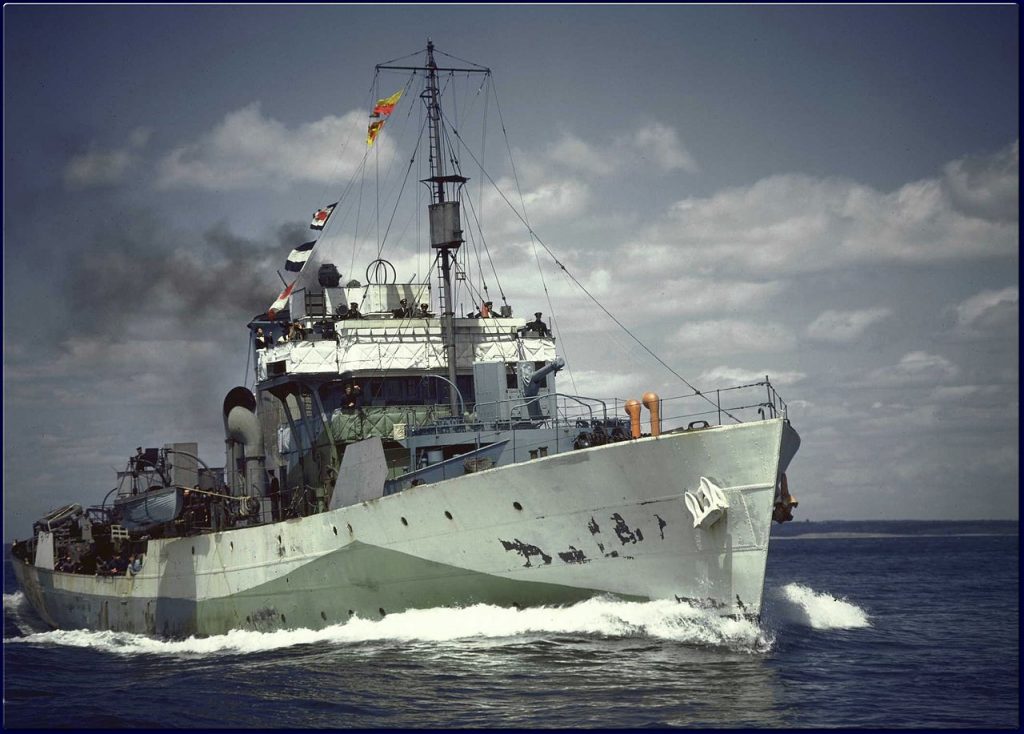 What appealed to me the most about corvettes was their diminutive size. A true boat, instead of a large, ship. The crew often was less than fifty and it seemed from reading Monsarrat’s tales that everyone, both enlisted and officer grew to know and rely on each other in a way not possible on larger combat ships. It was you, your mates and the ship against the elements and the enemy. That immediacy intrigued me and I knew that I could transplant that to a Military SF story. Below is a modern example of a corvette class warship, a Swedish Visby class stealth ship. 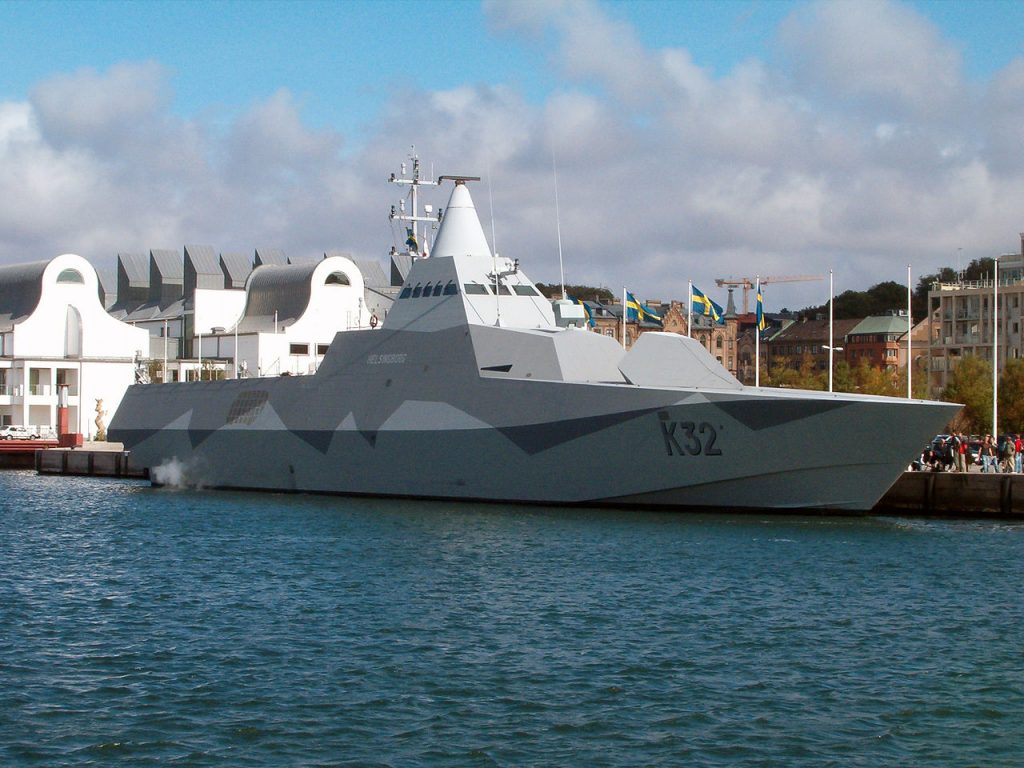 Those of you who follow this blog know that I also build models of the ships in my novels and put them on the covers. So naturally I decided to build a corvette that would be featured on this novel’s cover. It also helps when writing a story to have some idea what your ship looks like. Many times I just sketched out a drawing of it and left it at that. But this time I knew I had to build a model of this diminutive ship. You can read about it’s construction here. Below is a photo of the completed model in 1/350 scale. 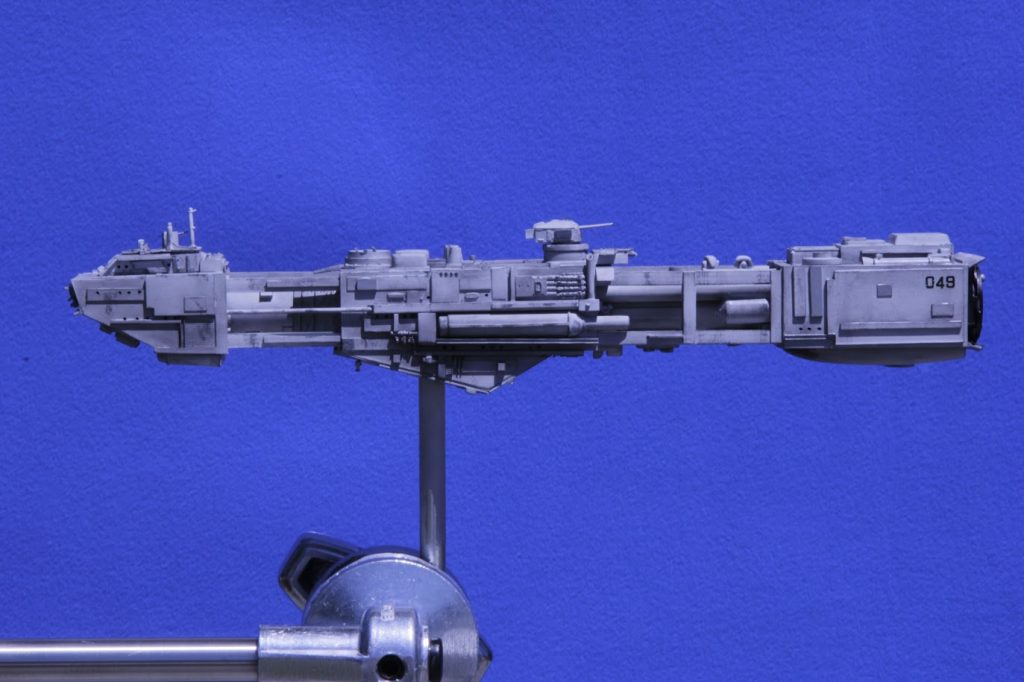 It was a classic, pre-war Federation design with three sections each separated by metal beams. The ship was originally driven by a nuclear drive but later in its service life was converted to tunnel drive which is the way my starships travel through the vast reaches of space. Because this was the oldest hull in the fleet, I made sure it looked the part with lots of weathering and exposed areas and extra plating covering the decks. All of those things became the character of the SS Weippe.

The name of the corvette was taken from town here in my home state of Idaho. It’s a Nez Perce Indian name that means “very old place”. Kind of appropriate for the oldest ship in the fleet, no? I also borrowed two things from Monsaratt’s novel, the name of the captain and the number of his boat. I used the fictional Lieutenant Commander Ericson to be the name of my corvette’s shuttle craft. I used the registration number of his fictional corvette, the HMS Compass Rose 049. You can see the Weippe’s number on her stern in the picture above, 049.

One last image of the Weippe and a destroyer class vessel for size comparison. The Weippe was incomplete and both resided on my workbench some time last year. 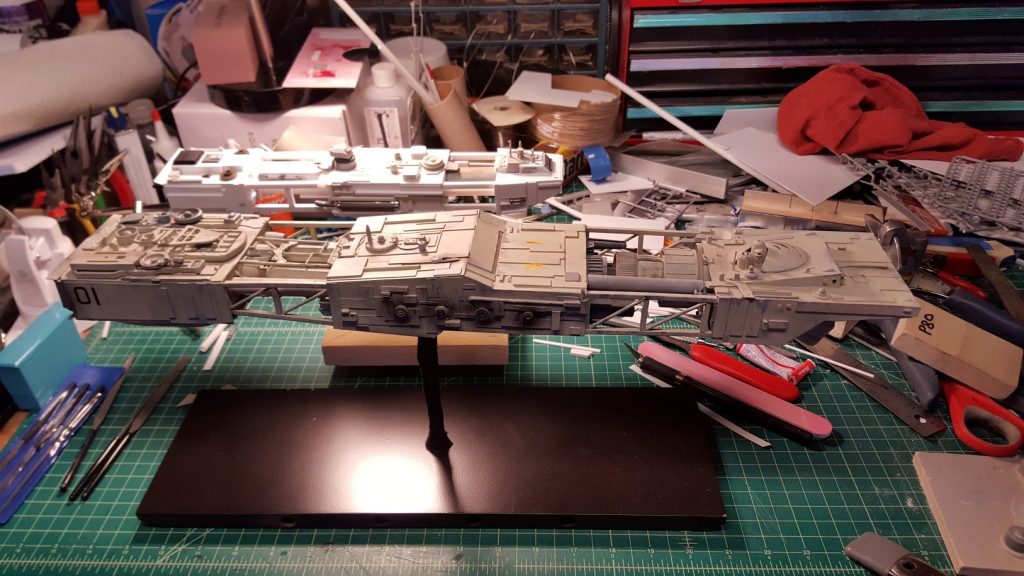 I hope you found this post interesting, especially if you are a writer. It’s important to have your stories based on real events or historical things as I find it gives them a resonance that most other science fiction stories simply don’t have. There are many genre specific elements to my novel’s plot and characters so it was important for me to ensure there was a realistic foundation to my story. It’s also the introduction to my universe and so I needed it to be representative of what was to come, should the reader want to go further.

One thought on “Corvette”