This design was originally named the Terror Diver and was first drawn by me in the late 1980’s. Below is the scrap of paper I doodled on that also included the Spieron starfighter. The above drawing was done by an artist on DeviantArt I can no longer recall his name. 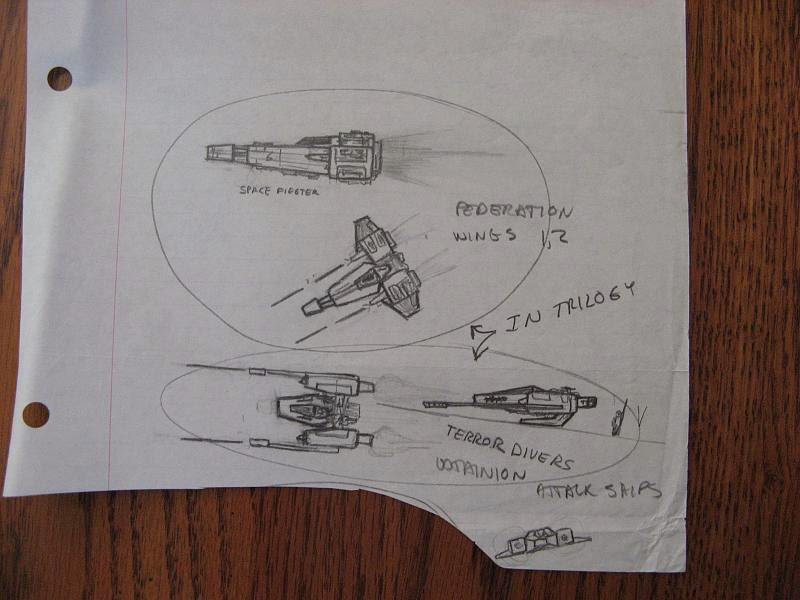 For this 1/32 scale design I decided to build it mostly out of on-hand jet aircraft model parts and scratch build the rest. 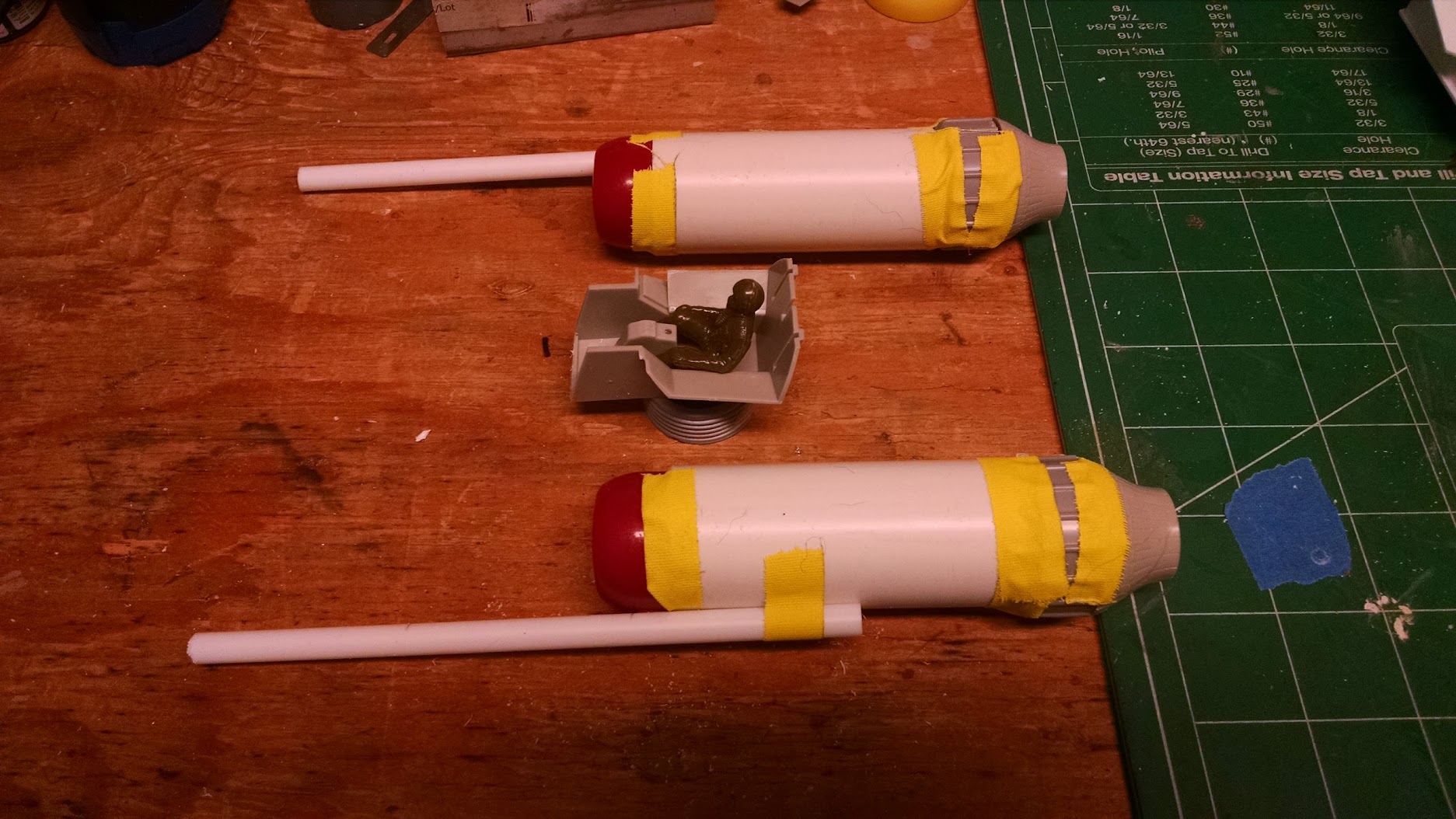 I started with some PVC pipe and some plastic rod and a cockpit from an F-14. The Engine tailpipes are also from the Tamiya F-14 and the red nose cones are from a toy I found at the Dollar Store. 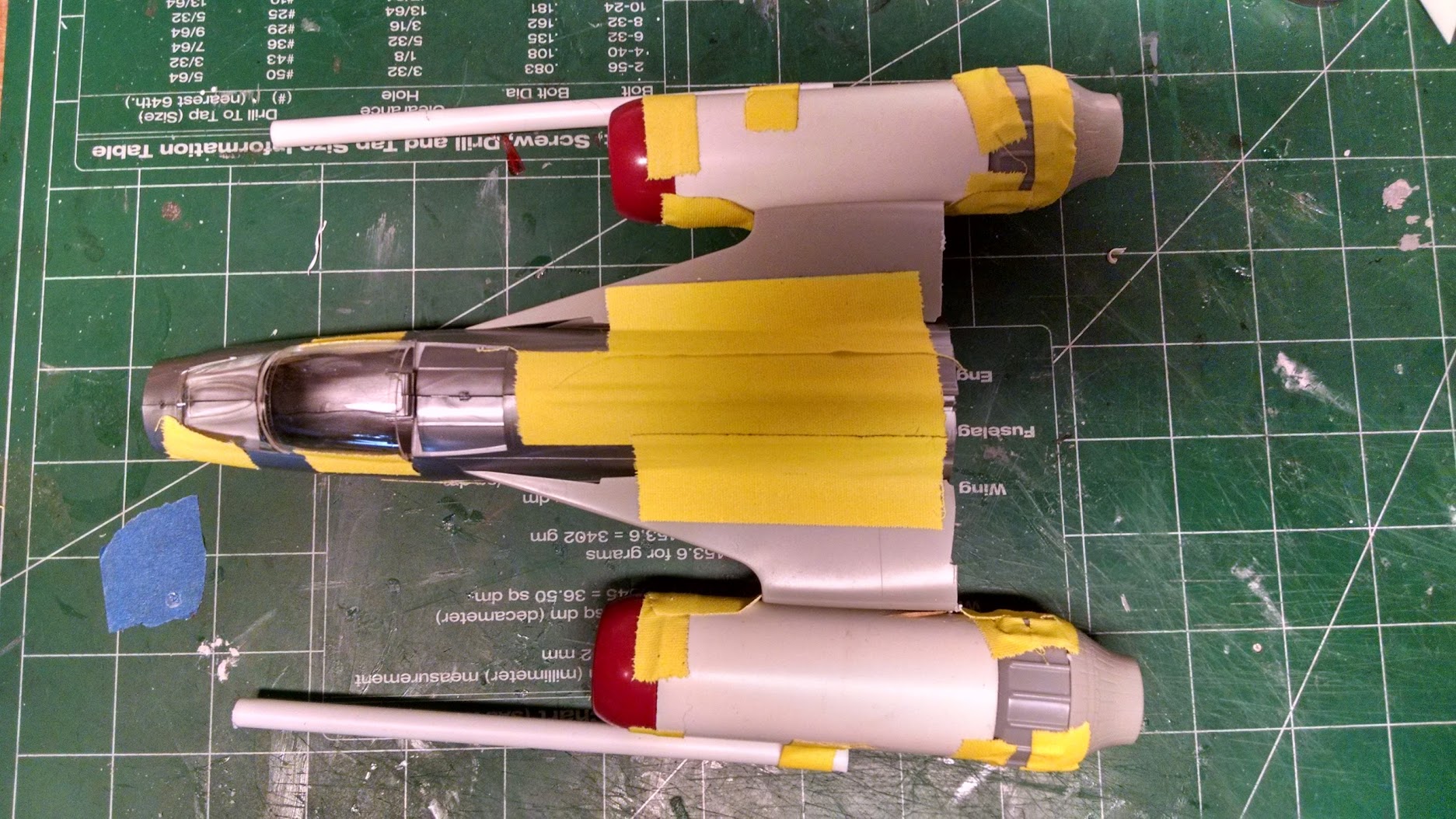 Using yellow camera tape to hold it together, I built the body out of an F-104 Starfighter and the intakes from the F-14 Tomcat. 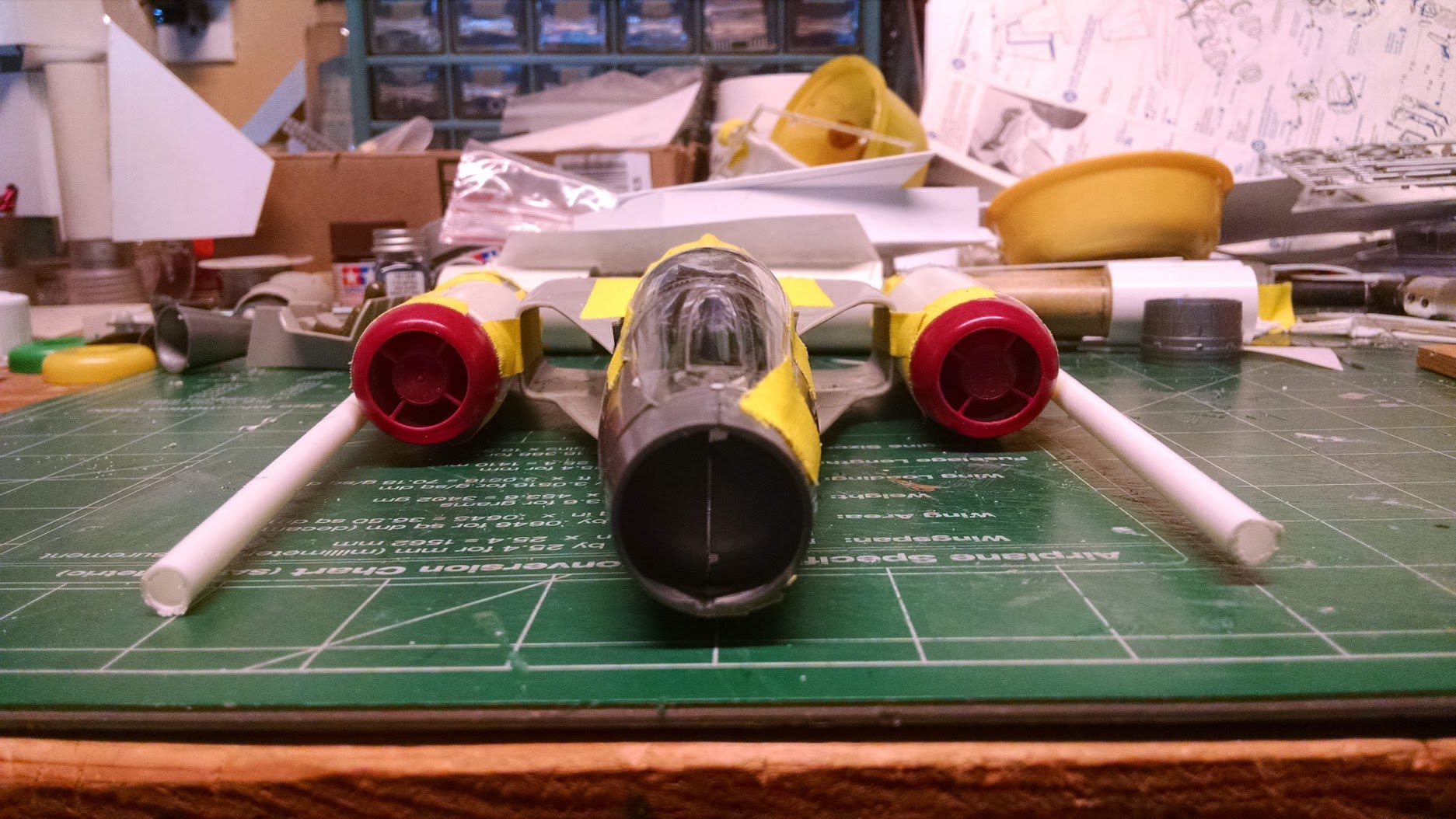 The basic shape is pretty darn close to the original drawing. 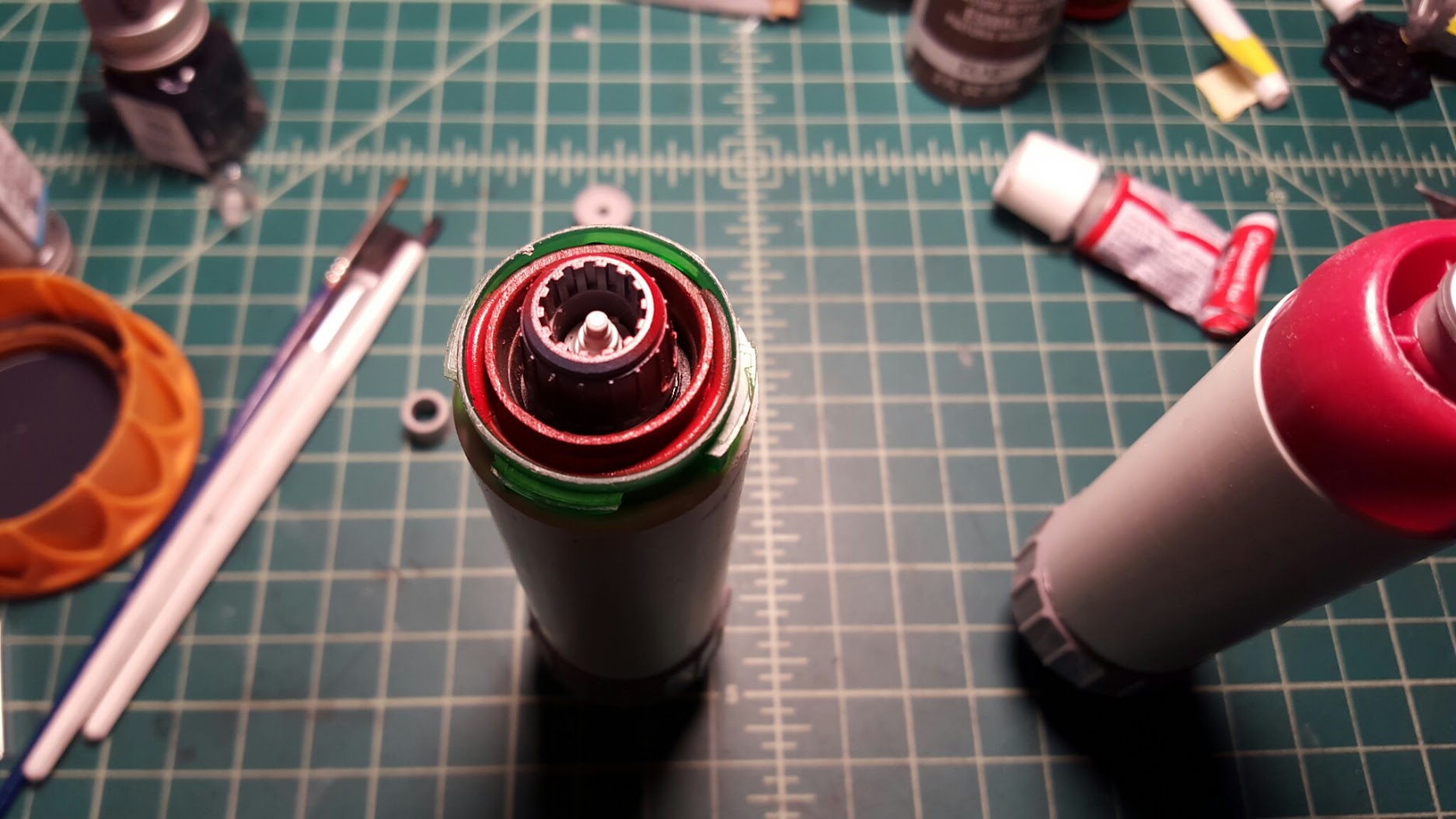 The front of the engines were going to be different to suggest in the field maintenance. So I had to model one intake without the covering panel. I think it looks pretty cool. 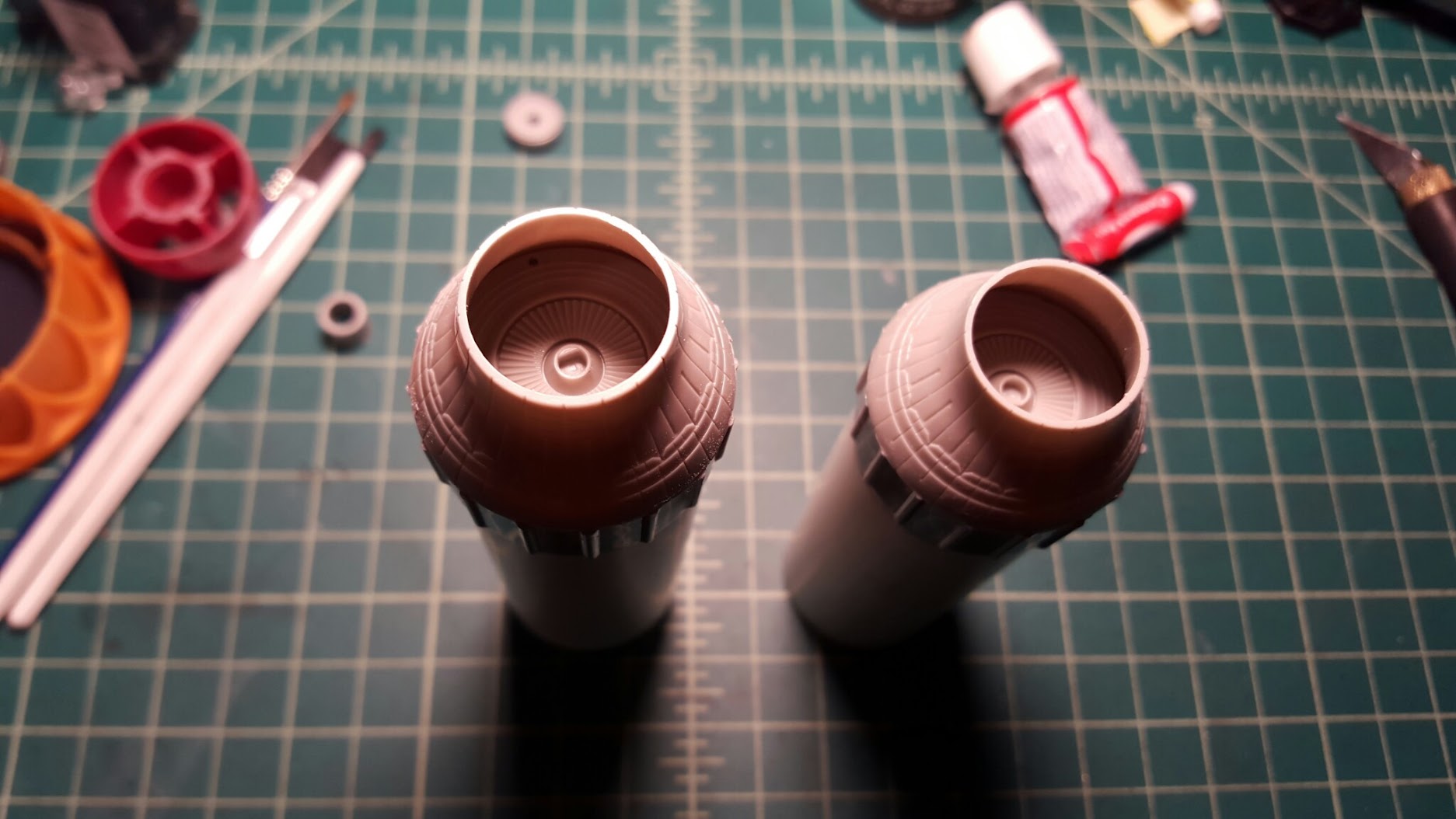 The tail pipes were F-14 parts and left pretty stock. There would be no lights and only one mount point on the bottom. For the mount I used a 1/4 20 bolt. I’ve since dropped that practice and now use RenShape and set screws to lock off aluminum rods. 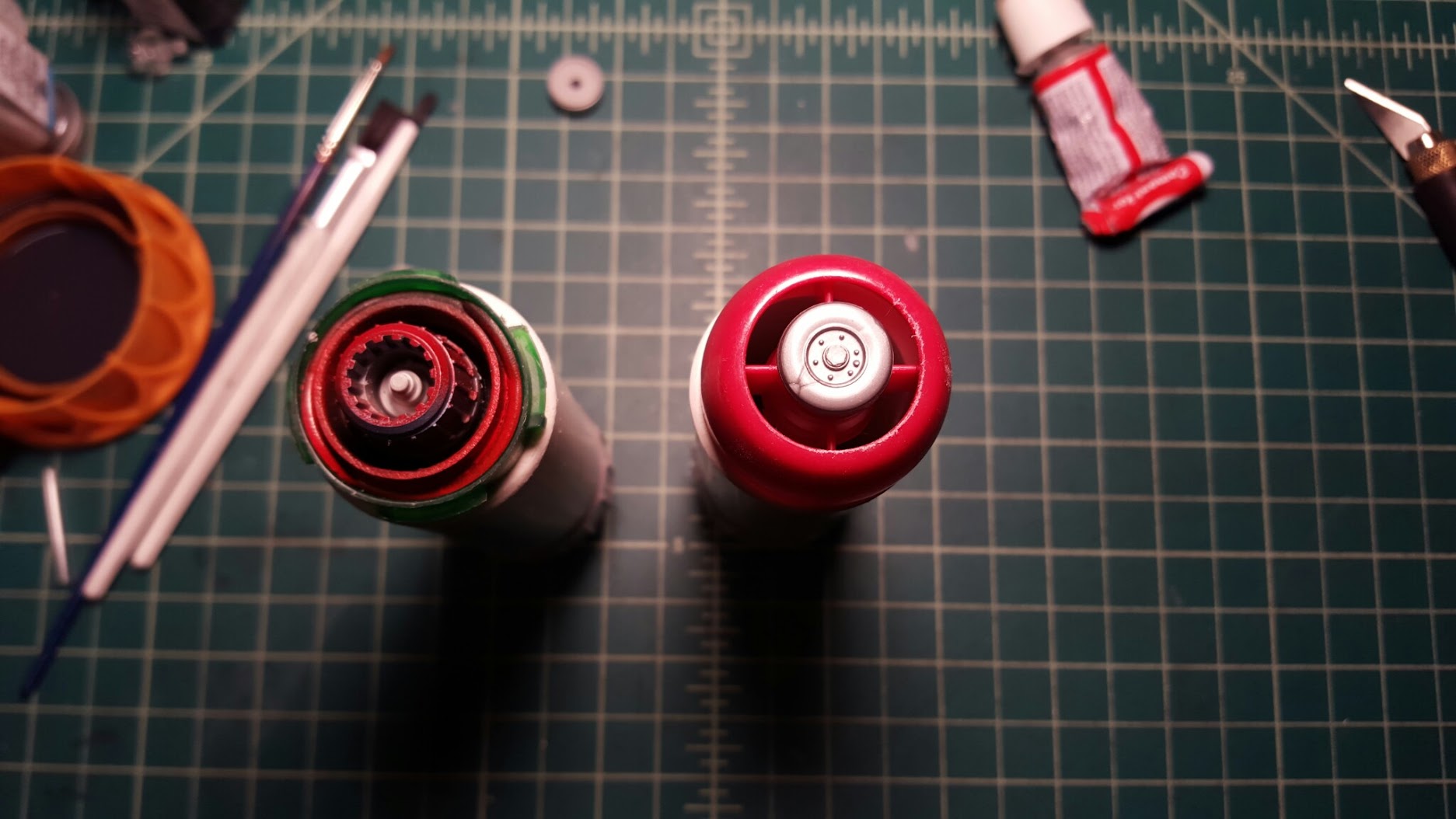 Another comparison of the two engine intakes. 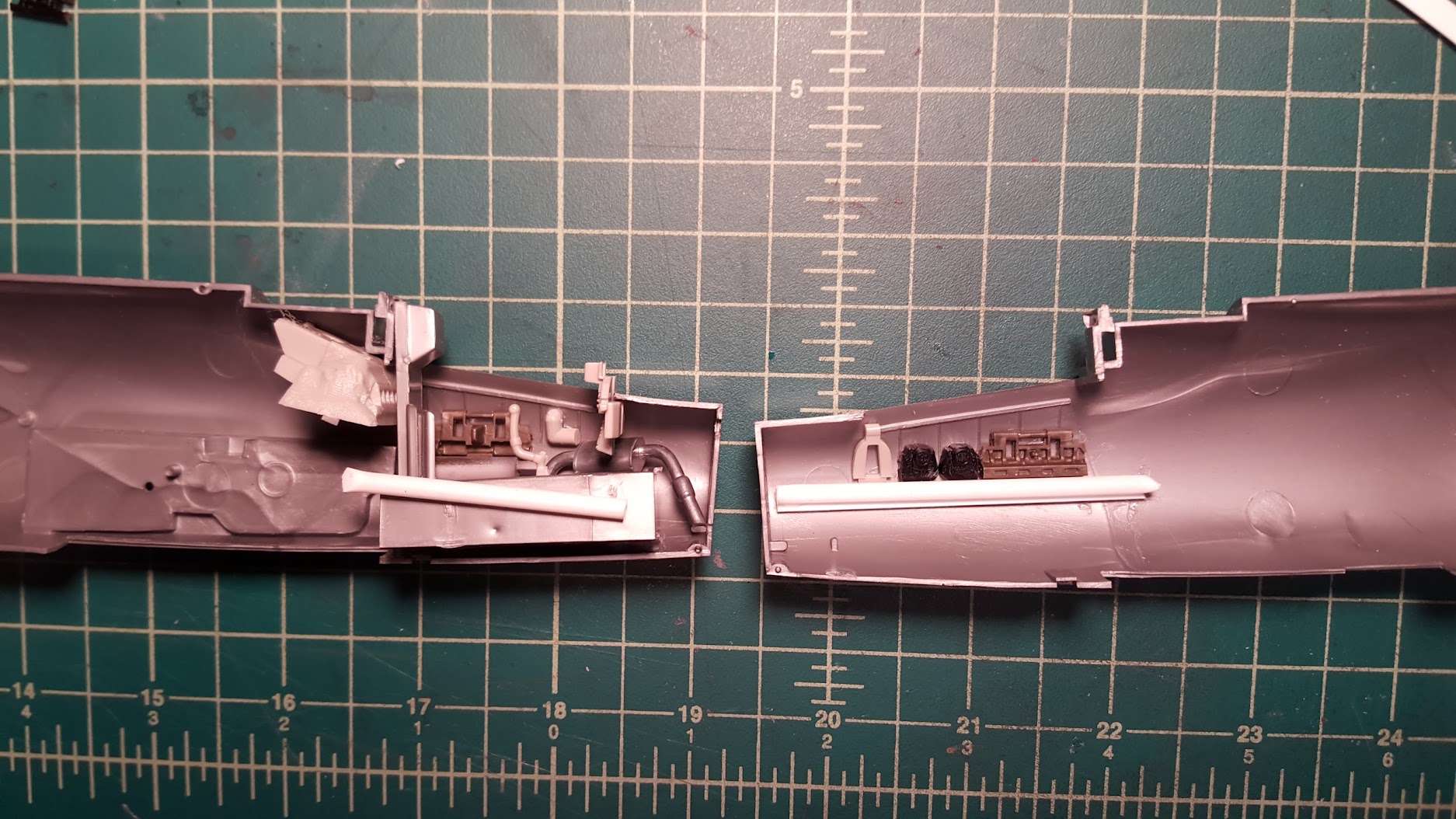 The cockpit walls were scratch built with greeblies I had on hand. The seat was from the F-104 model. 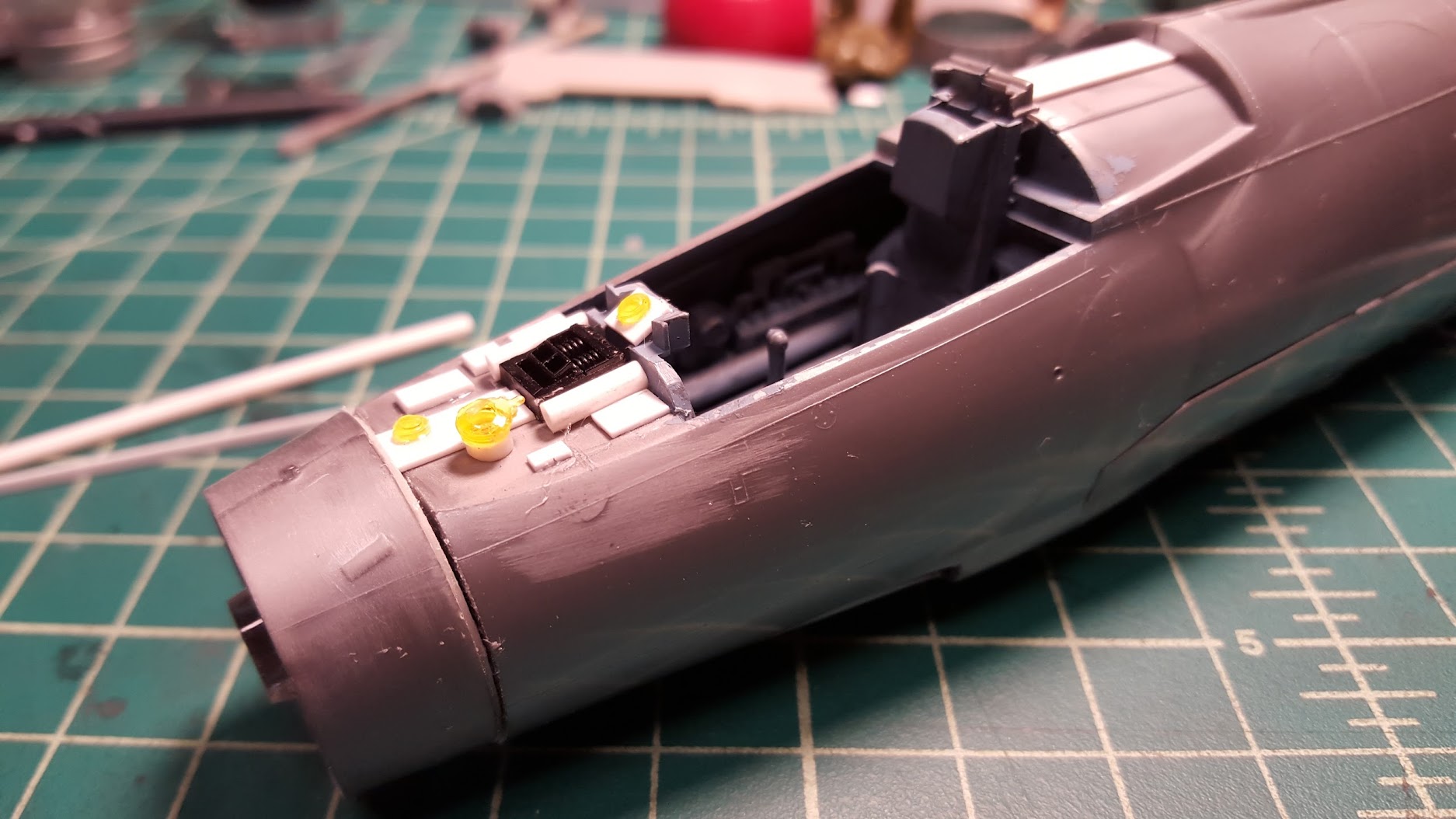 The rest of the cockpit details were added after the fuselage halves were closed. The interior was painted the blue-gray color of Votainion starfighters, which was based on the blue interiors of Russian fighter jets. 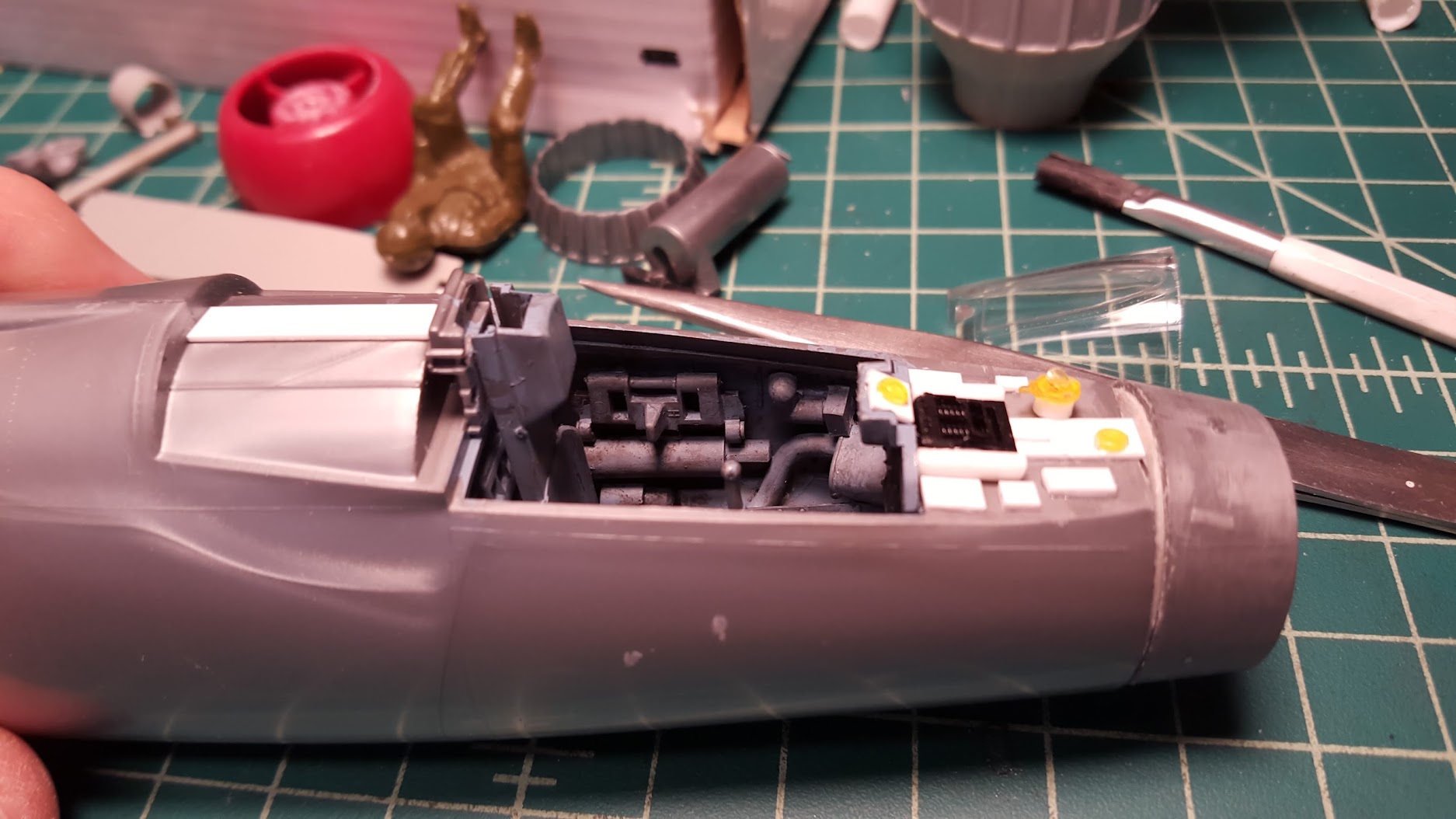 Here’s the other side for cockpit details. Yes, that’s a tank tread.