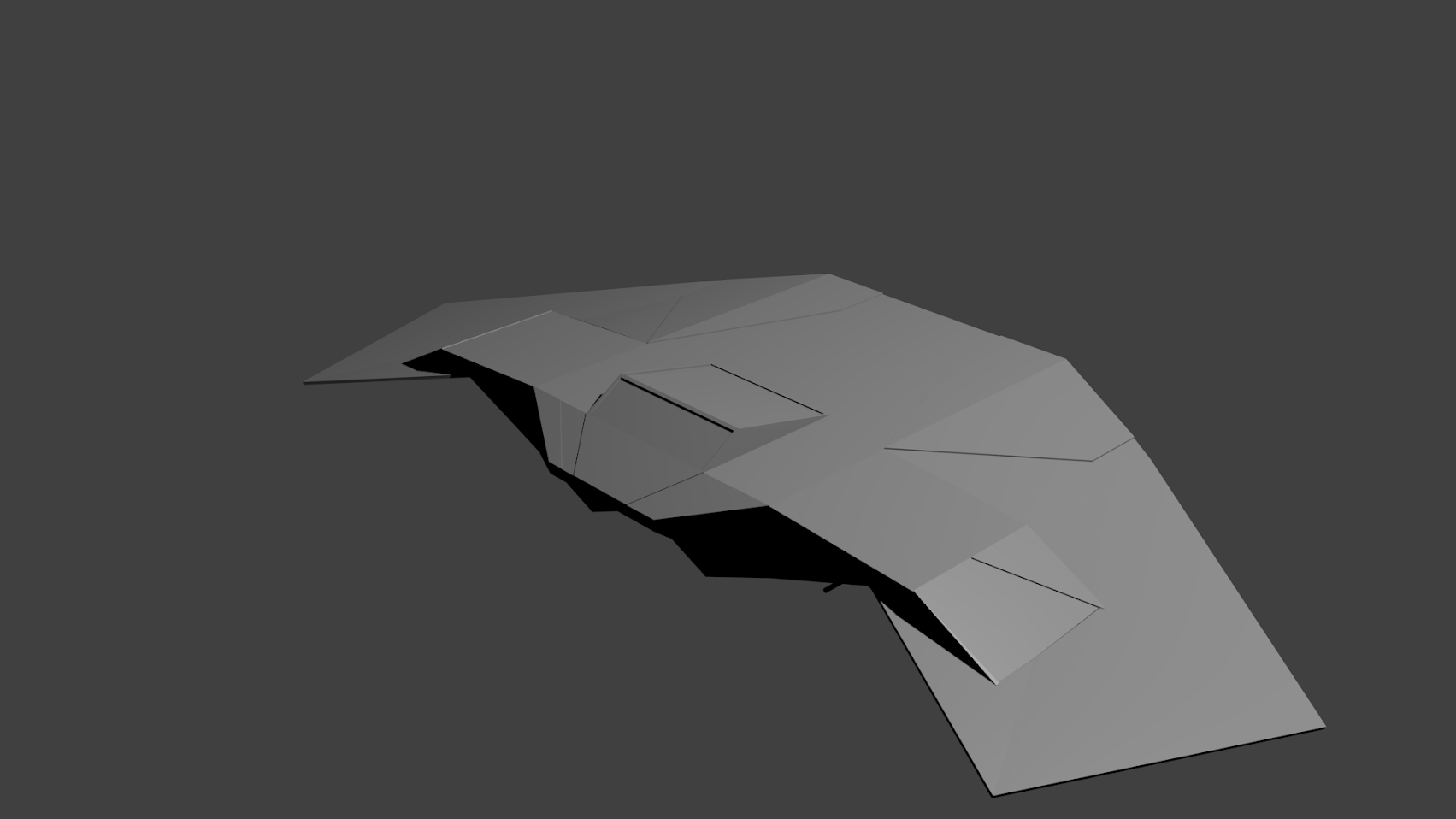 The K’nat fighter is featured in an upcoming novella set after Starstrikers, Book 4 of the Star Saga. It was mentioned briefly in Starstrikers as being one of the fighters based on the Eclipse starship. The novella that features this starfighter is called K’nat Trap and my plan was to build one in 1/32 scale for the cover of that novella. 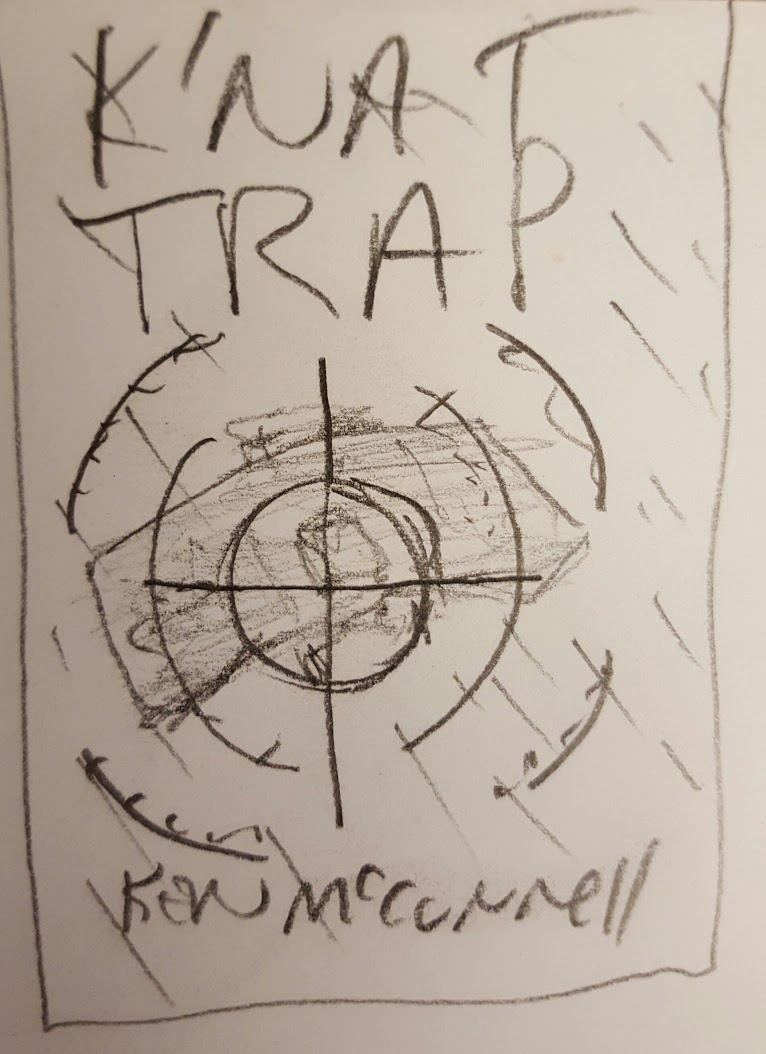 Here’s the thumbnail that I drew to illustrate a possible cover idea. As of this post, I have not finalized the cover, so check back later to see how it turned out. In the meantime, let’s build a K’nat! 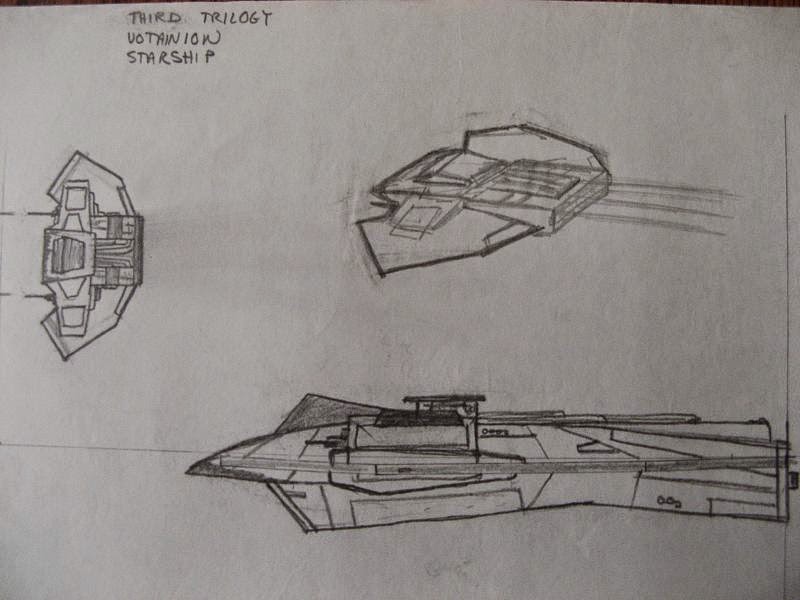 This is the very first drawing I did of the K’nat fighter back in the late eighties. It’s not exactly clear what the thing really looked like. So I did a cleaner version about ten or fifteen years later. I still wasn’t completely sure what the thing should look like, so I decided to build a cardboard model of it to scale. After I had the look I wanted, I could then build the plastic version. Below are some images of the cardboard model. 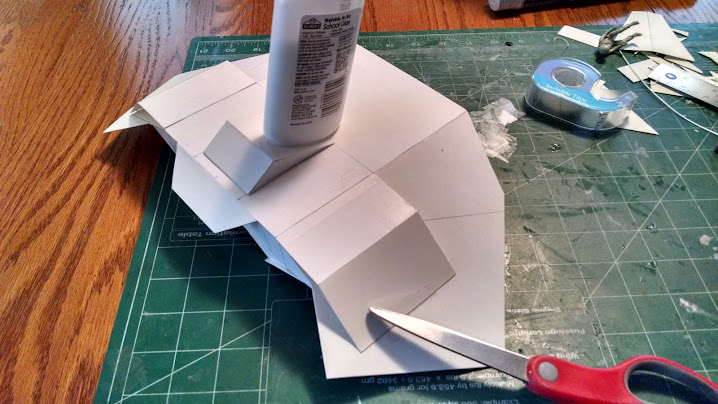 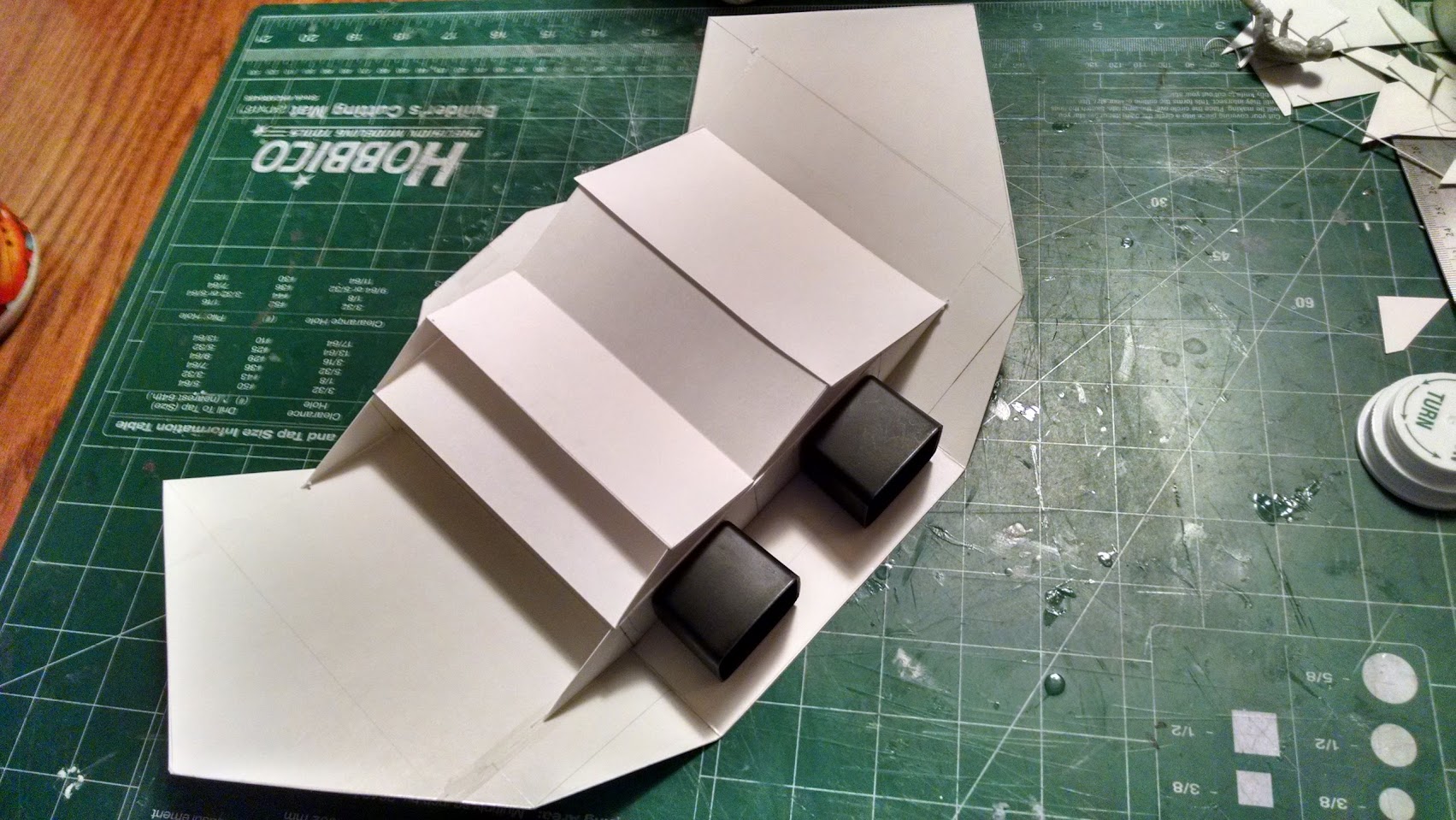 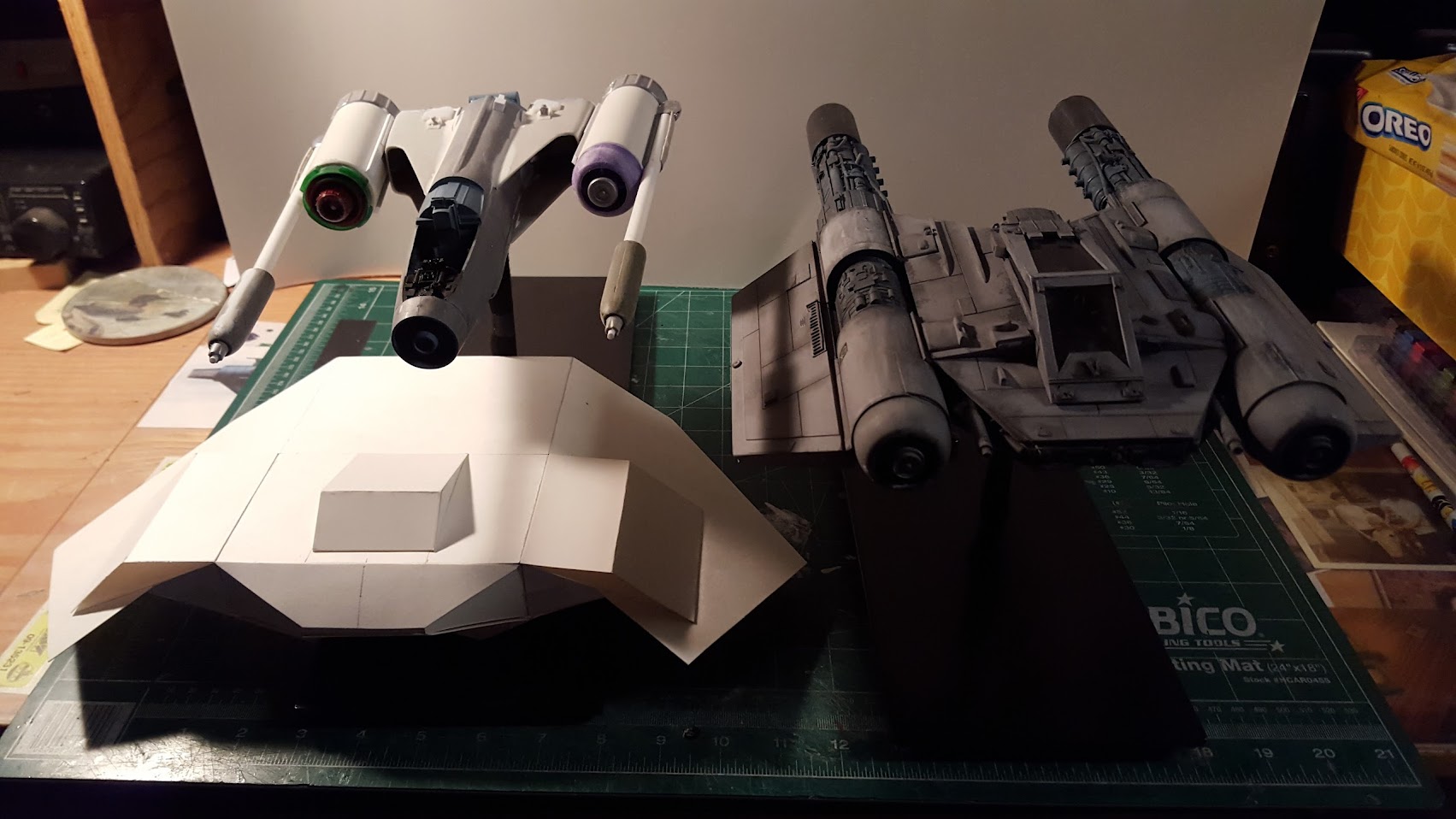 The last image shows it in relation to the Votainion starfighters of it’s day. With the basic shape worked out, I was ready to start my studio scale build. This was actually the second model I built using RenShape for my mounting platform inside the model. I cut a piece to fit inside the model and then drilled out the holes for the mounting rod and the set screws. I would be able to mount this model from five different points. 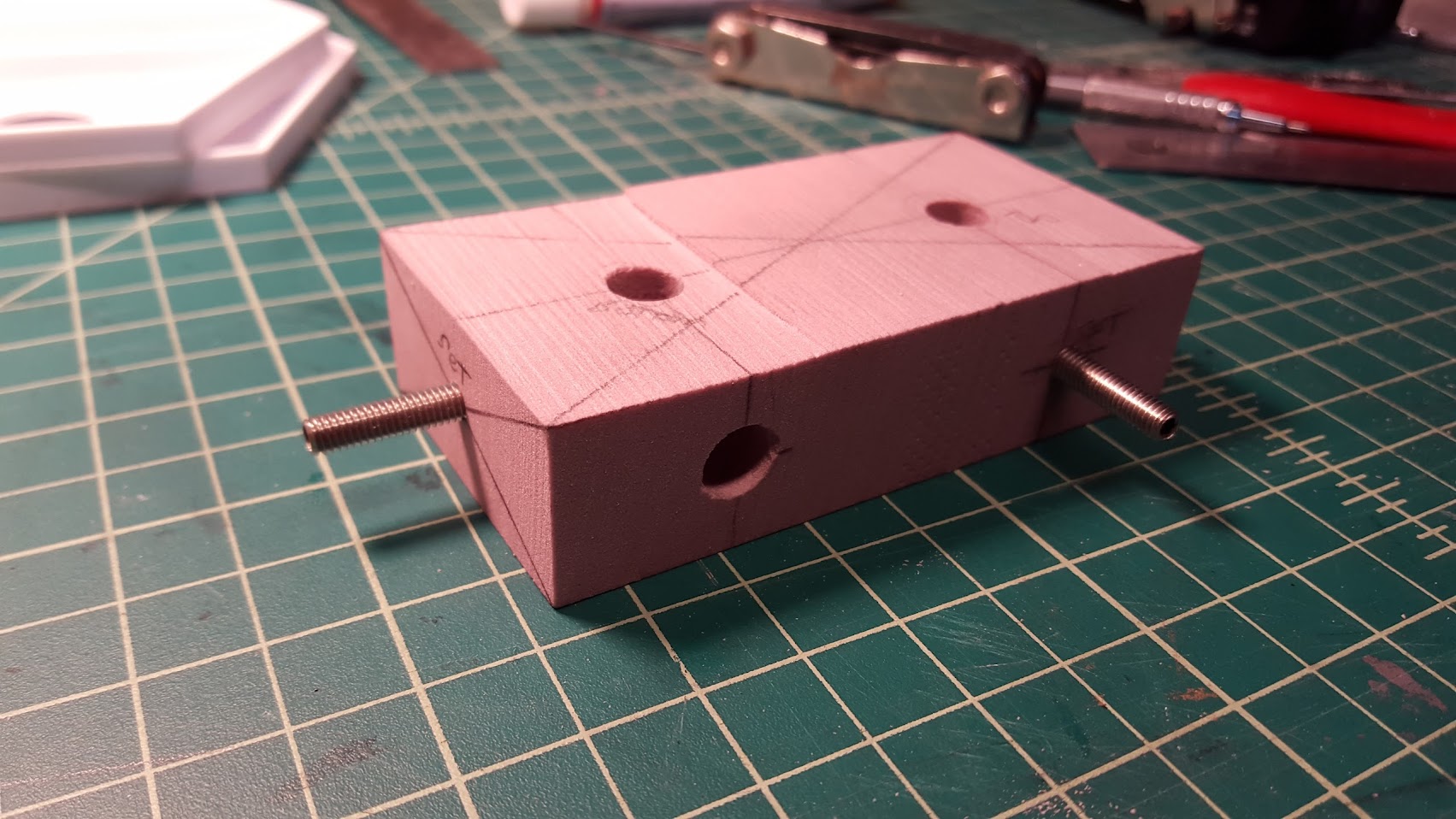 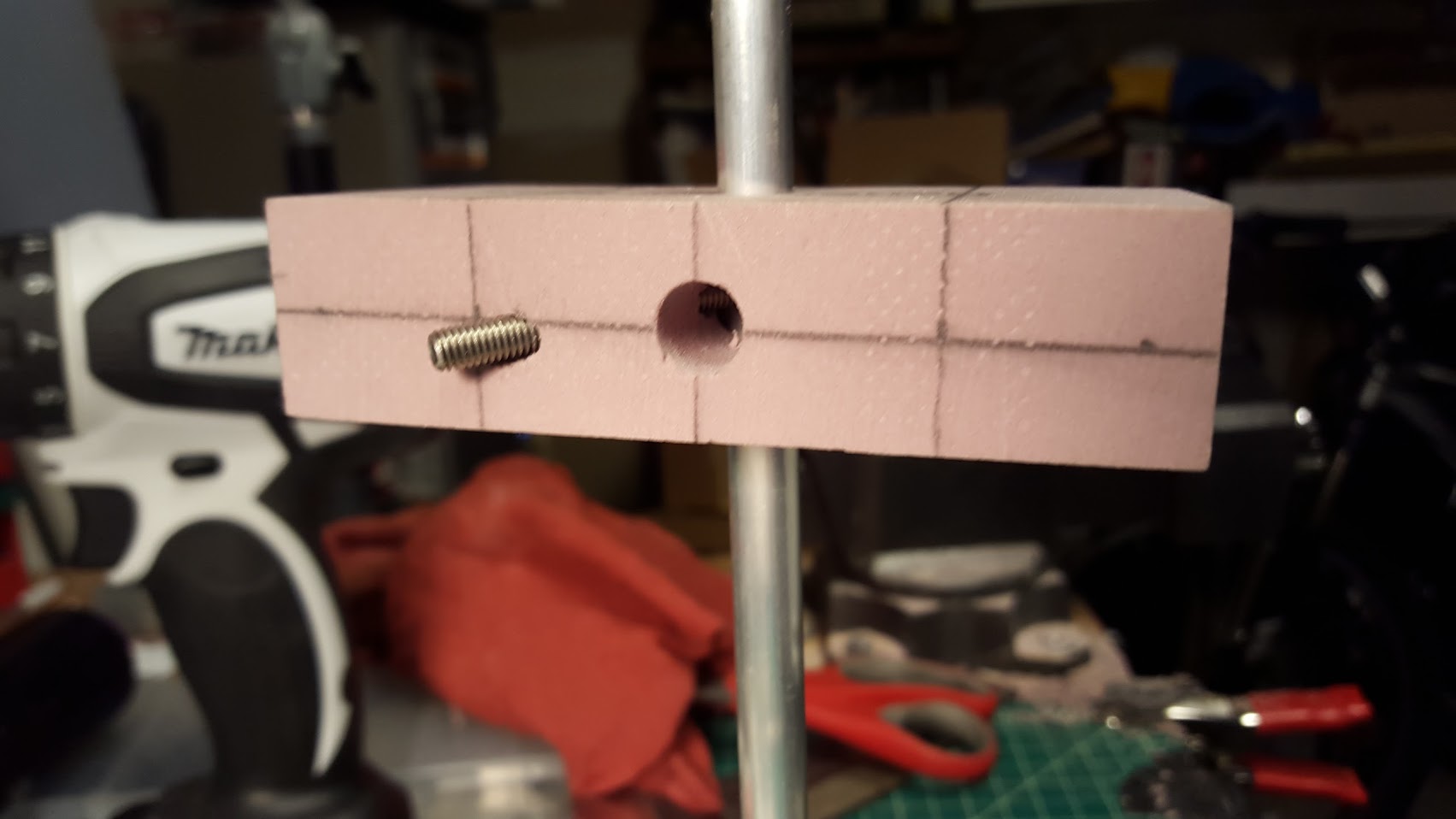 After the RenShape heart of the model was finished, I could start gluing plastic to it with Gorilla glue. 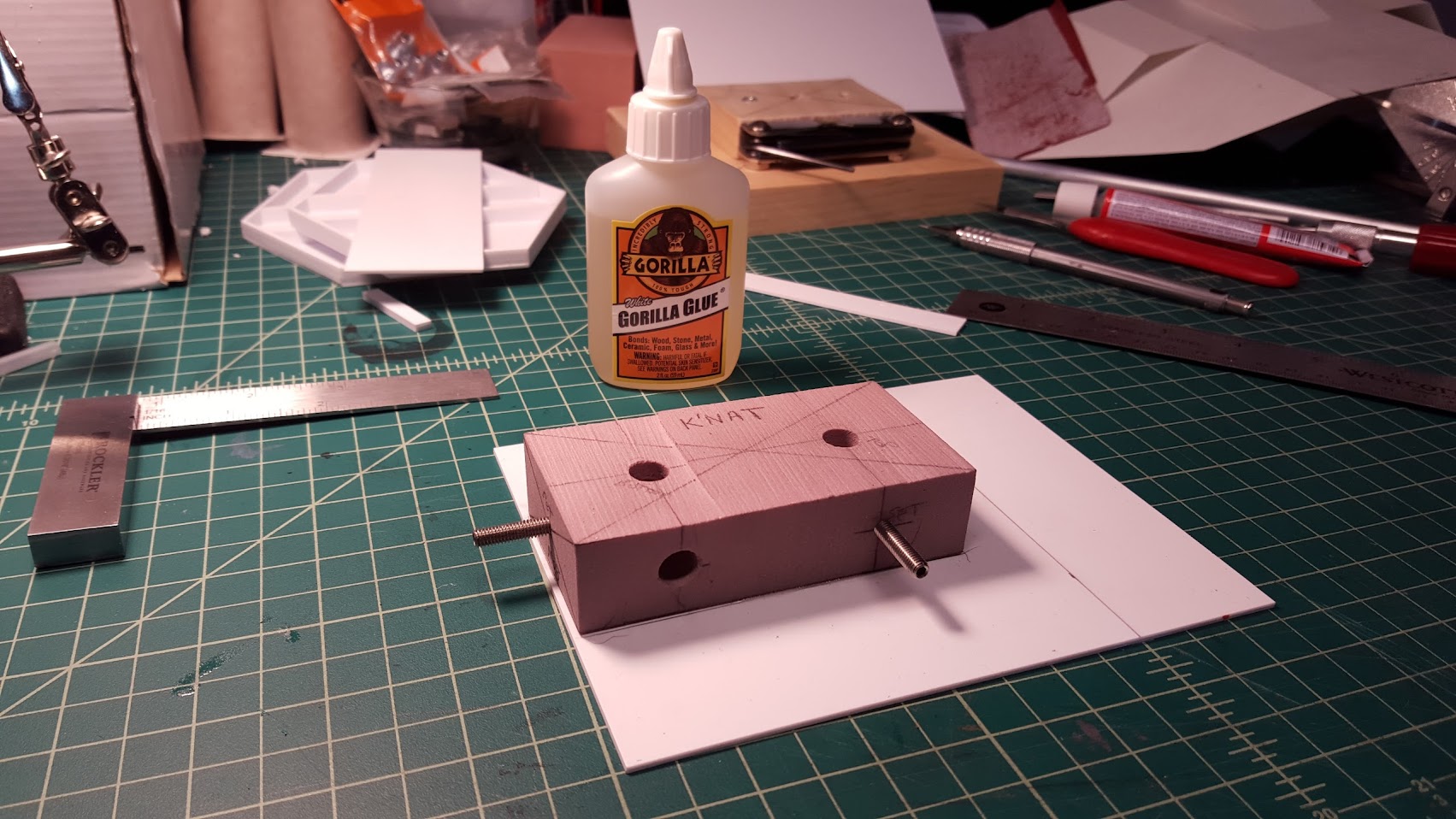 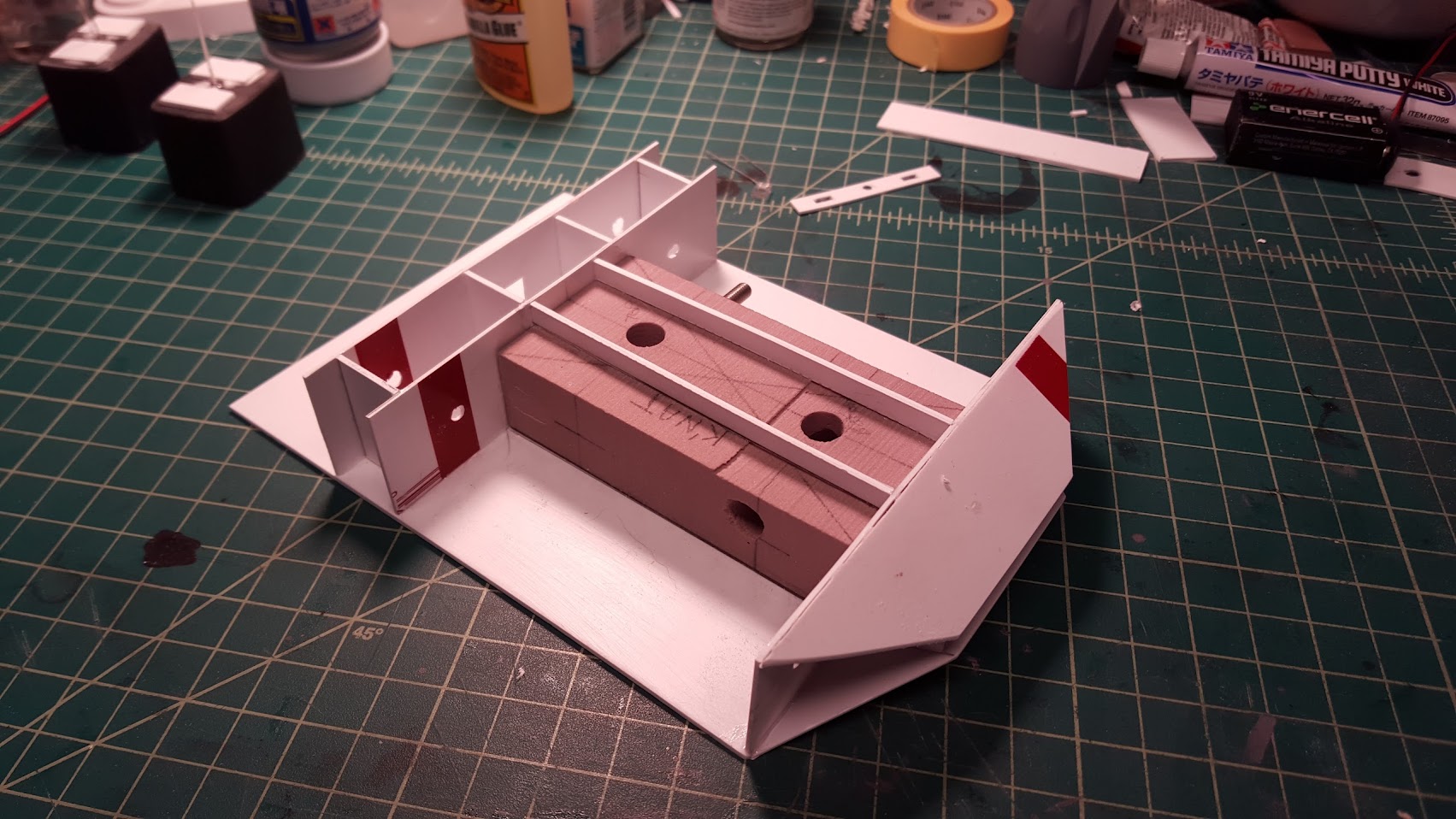 The model would have lights in the nose and the engines but no actual cockpit would be built. Holes in the interior bulk heads would allow for the passage of wires. I would put a 9 volt battery inside, but not allow access to it. When the battery dies, the model will no longer have lights. 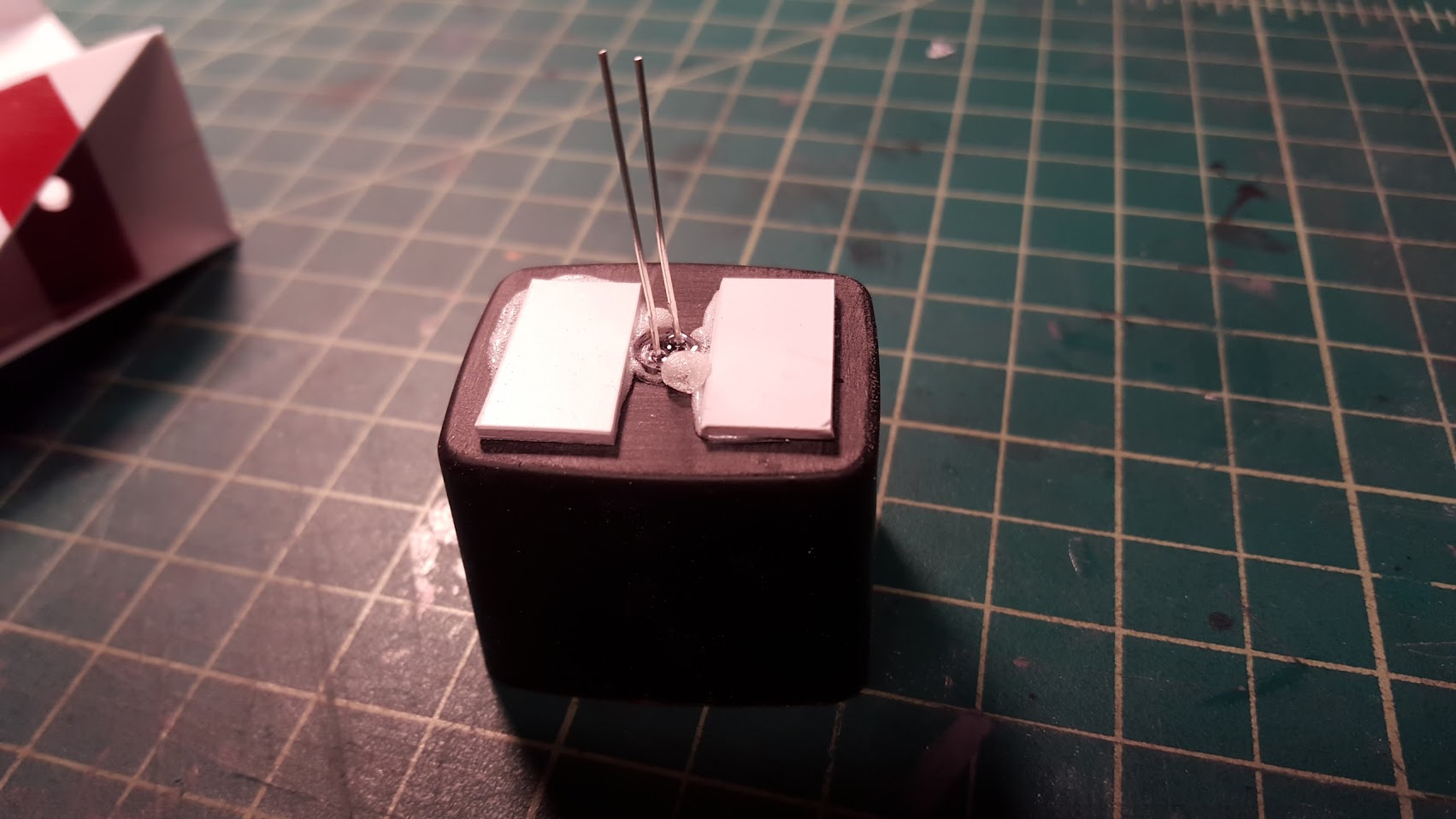 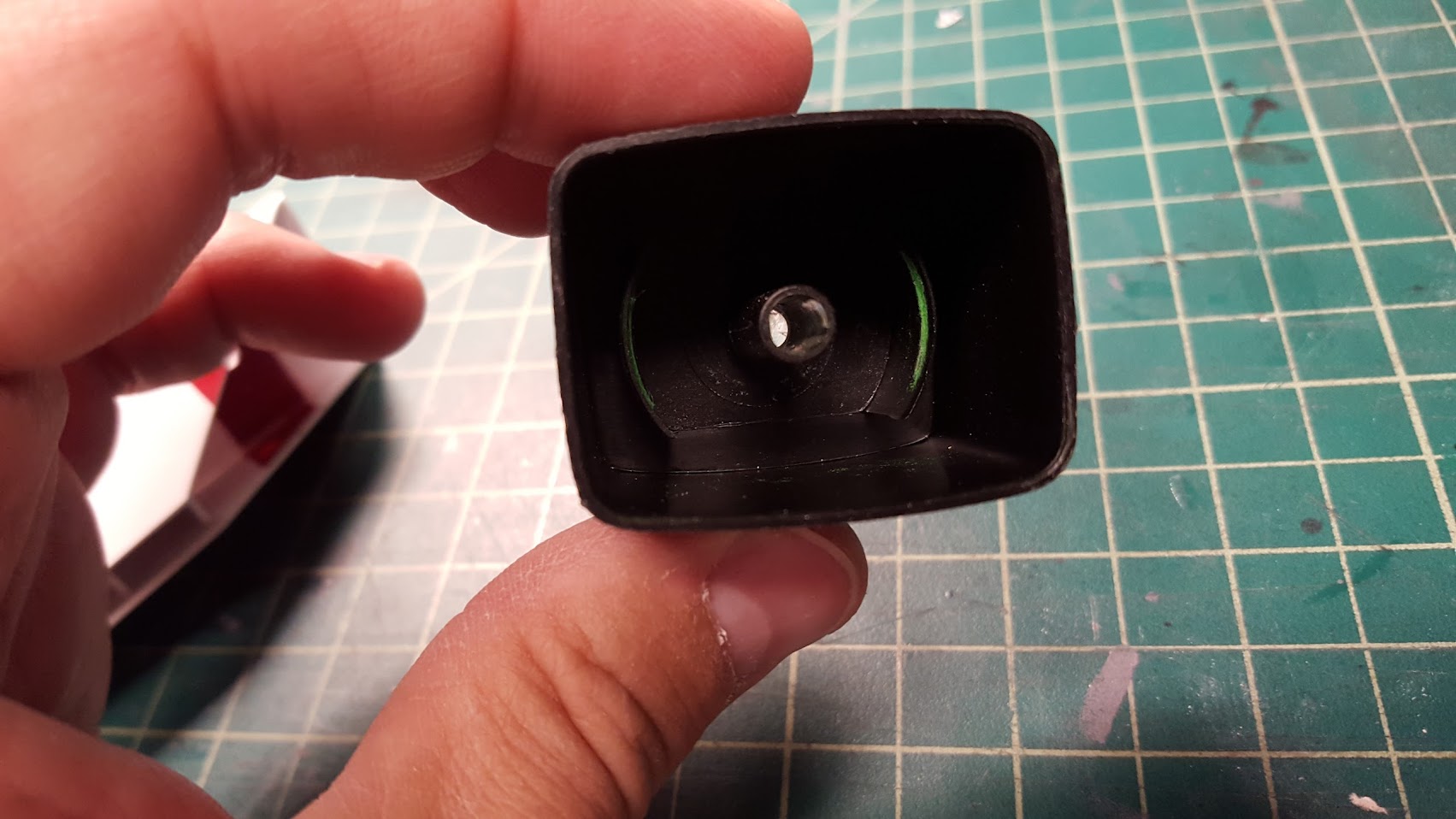 The engine exhausts are actually the lids to my after shave bottle. I glued an LED into them for lights. I really like the Gorilla glue for this sort of thing.

My youngest son is into 3D graphics using Blender, so he decided to render the K’nat for me. We applied a skin to it in this screenshot. 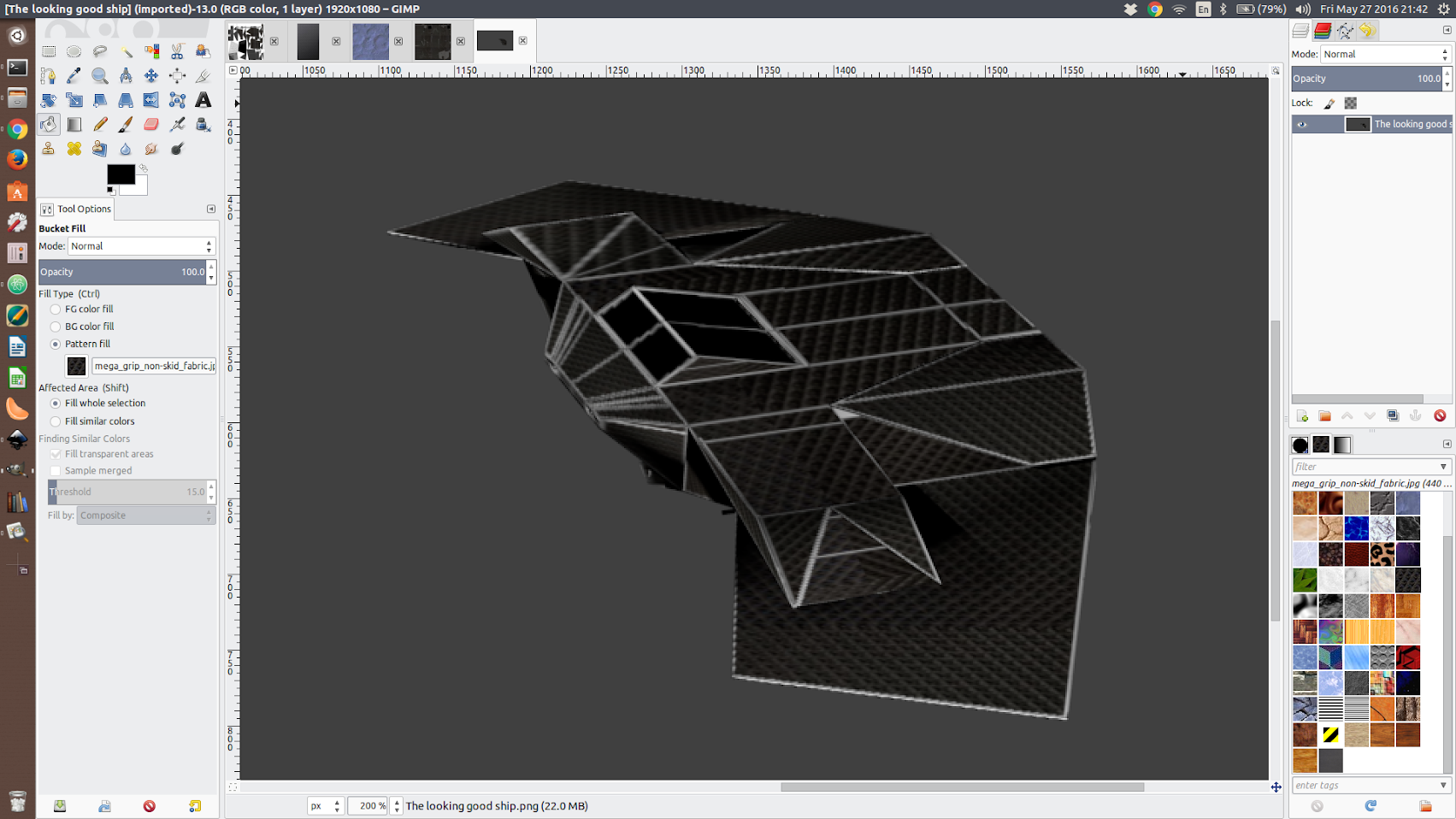