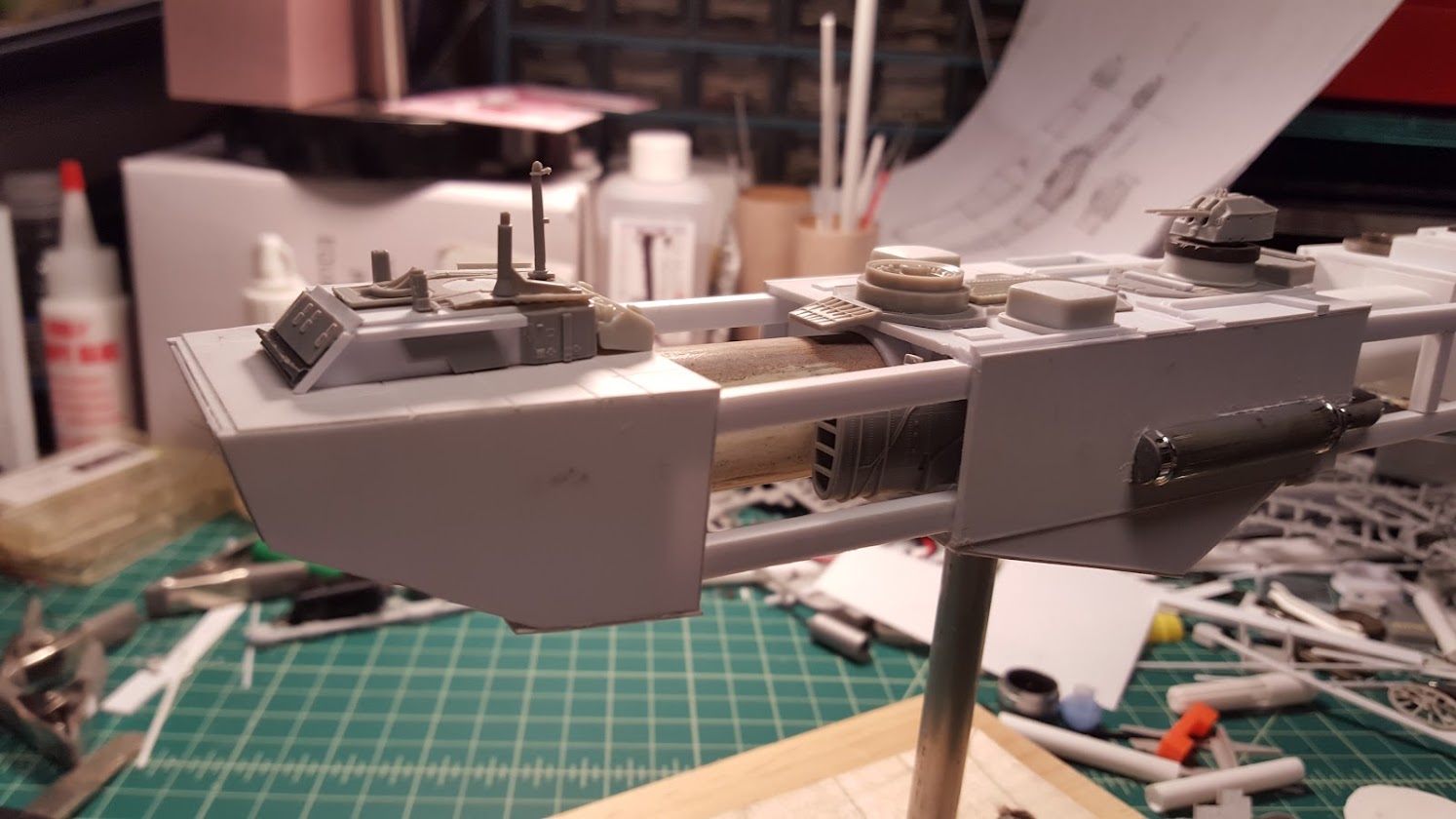 The top deck of the head was scored for panel lines using the Tamiya panel scoring tool. I really like that tool. More bridge details are added. 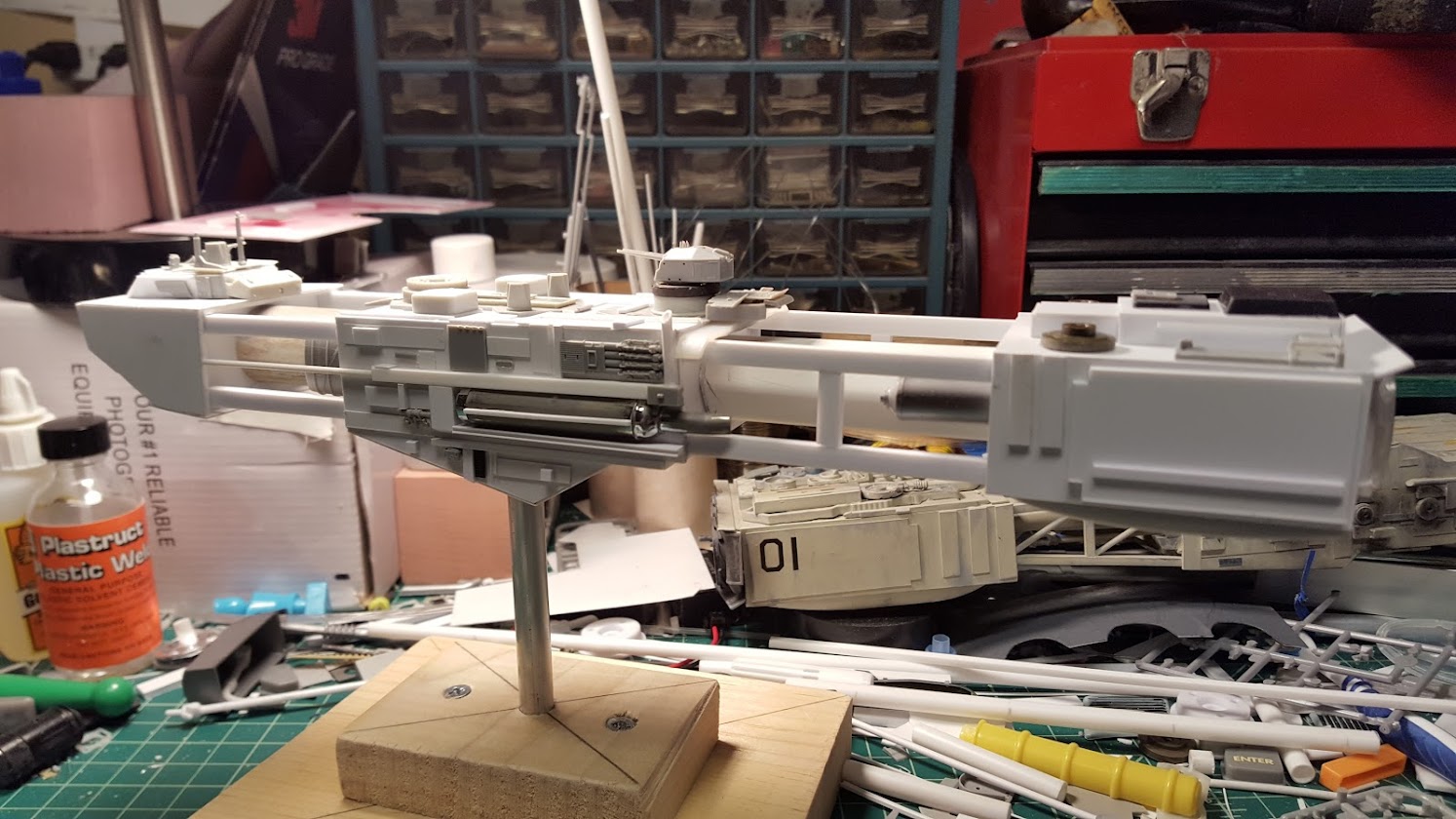 The side details went on pretty fast. Again, keeping the style as similar to the Sokol as possible to show the lineage. You can see the Sokol model in the background. 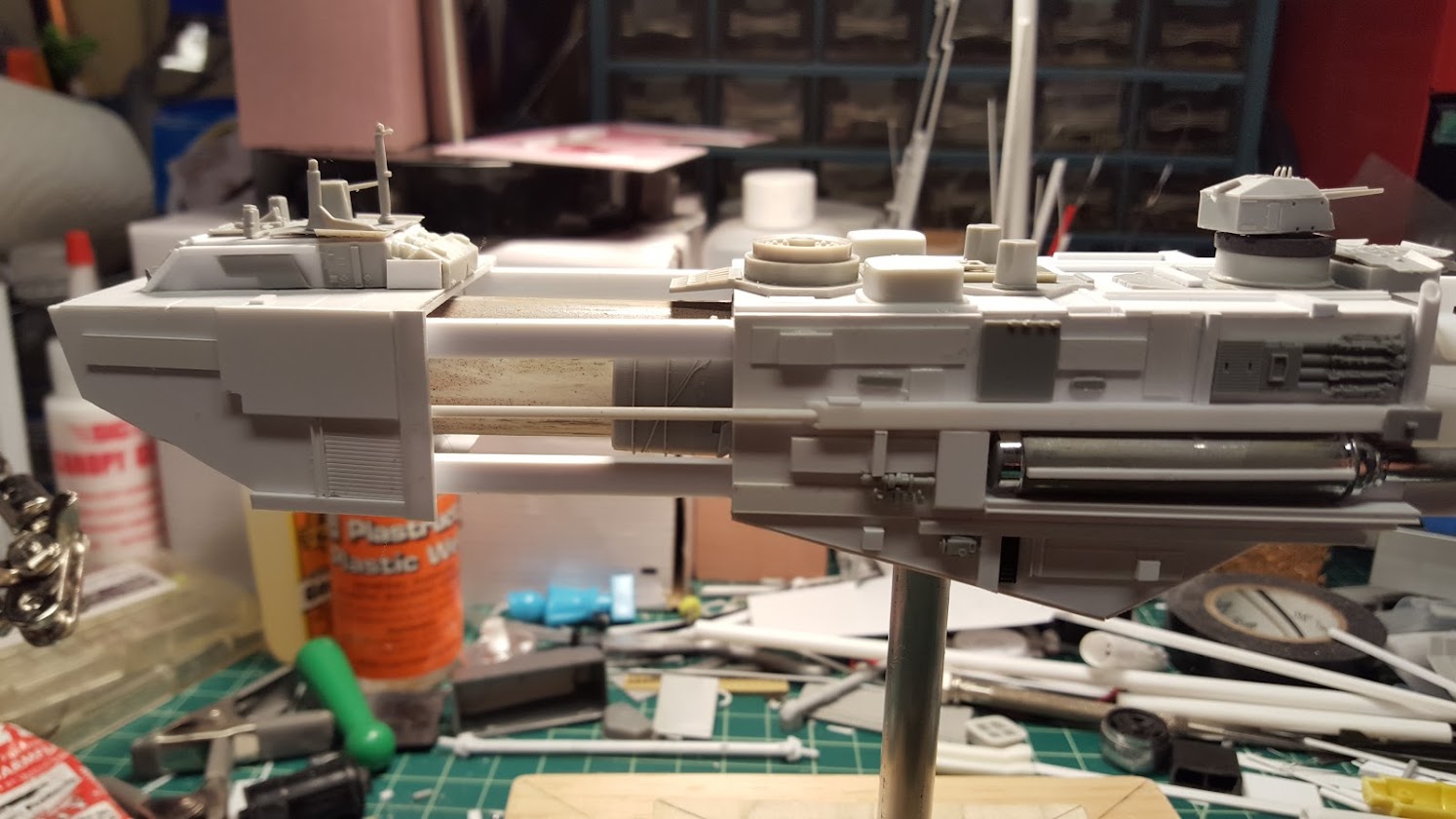 Closer shot including new details on the head section. 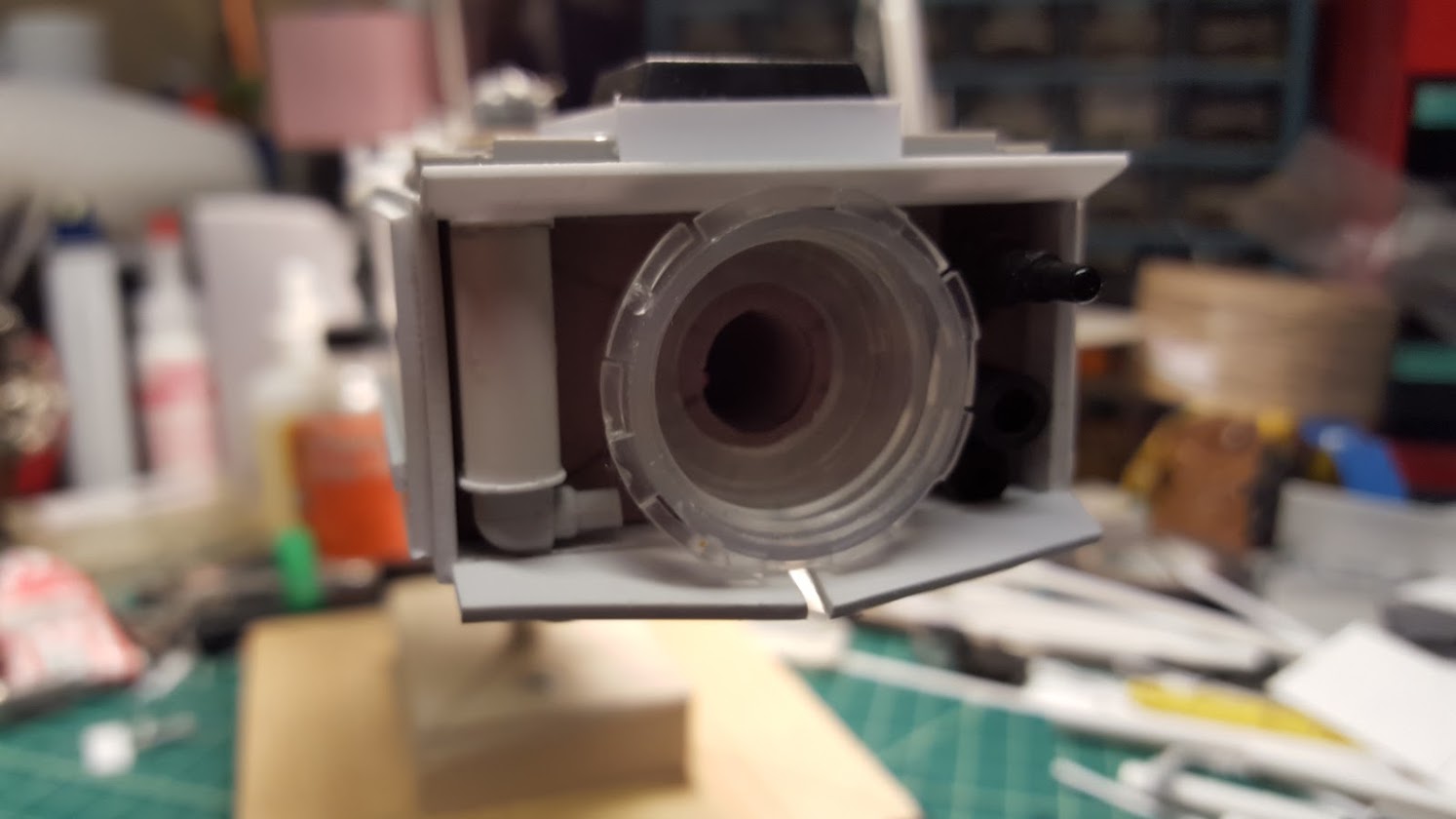 The engine details were again modeled after the Sokol as closely as possible, sometimes using the same parts. Often having to scratch build something similar. 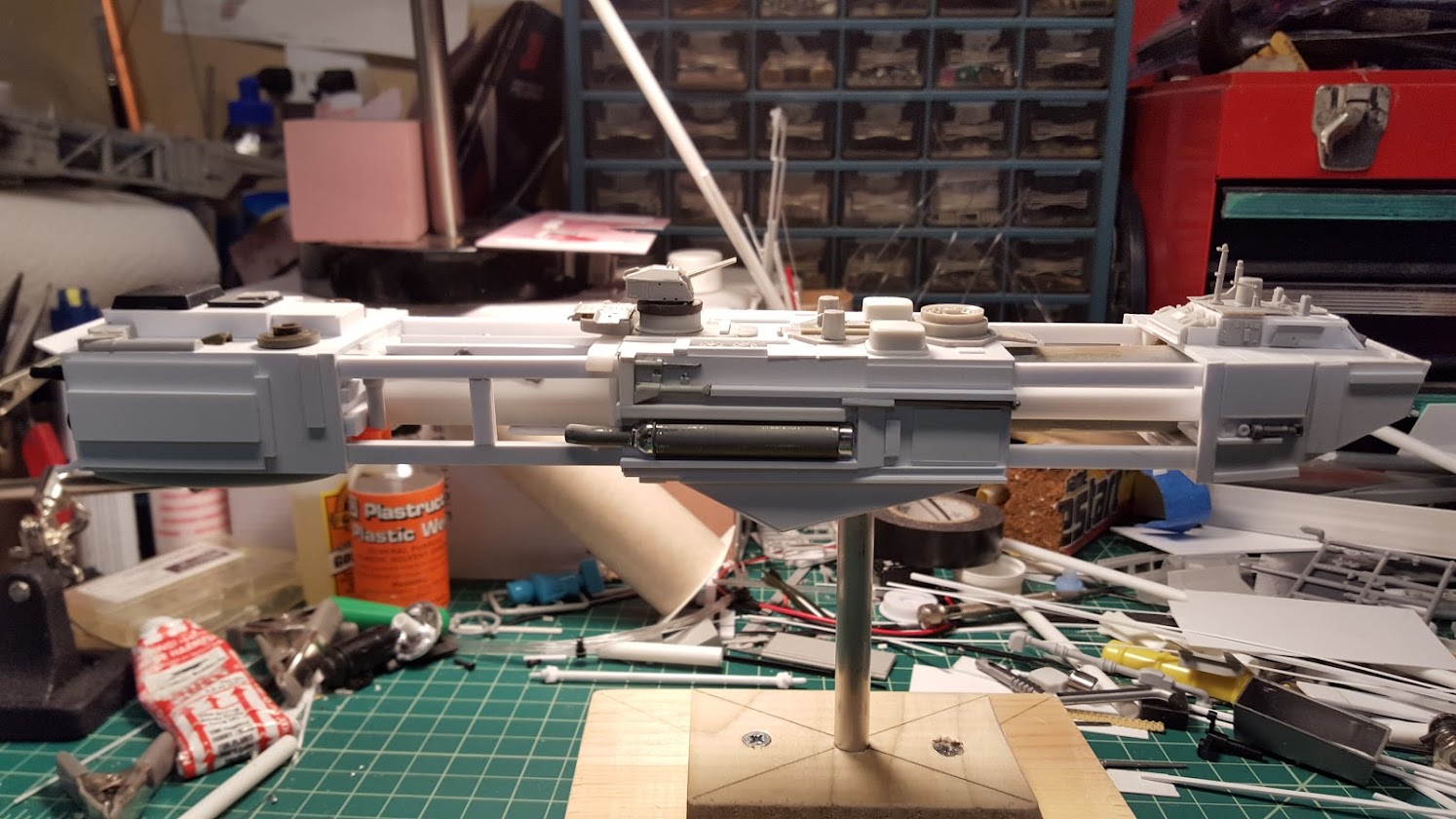 Can’t neglect the other side of the model. I try and keep it similar but different for added interest. 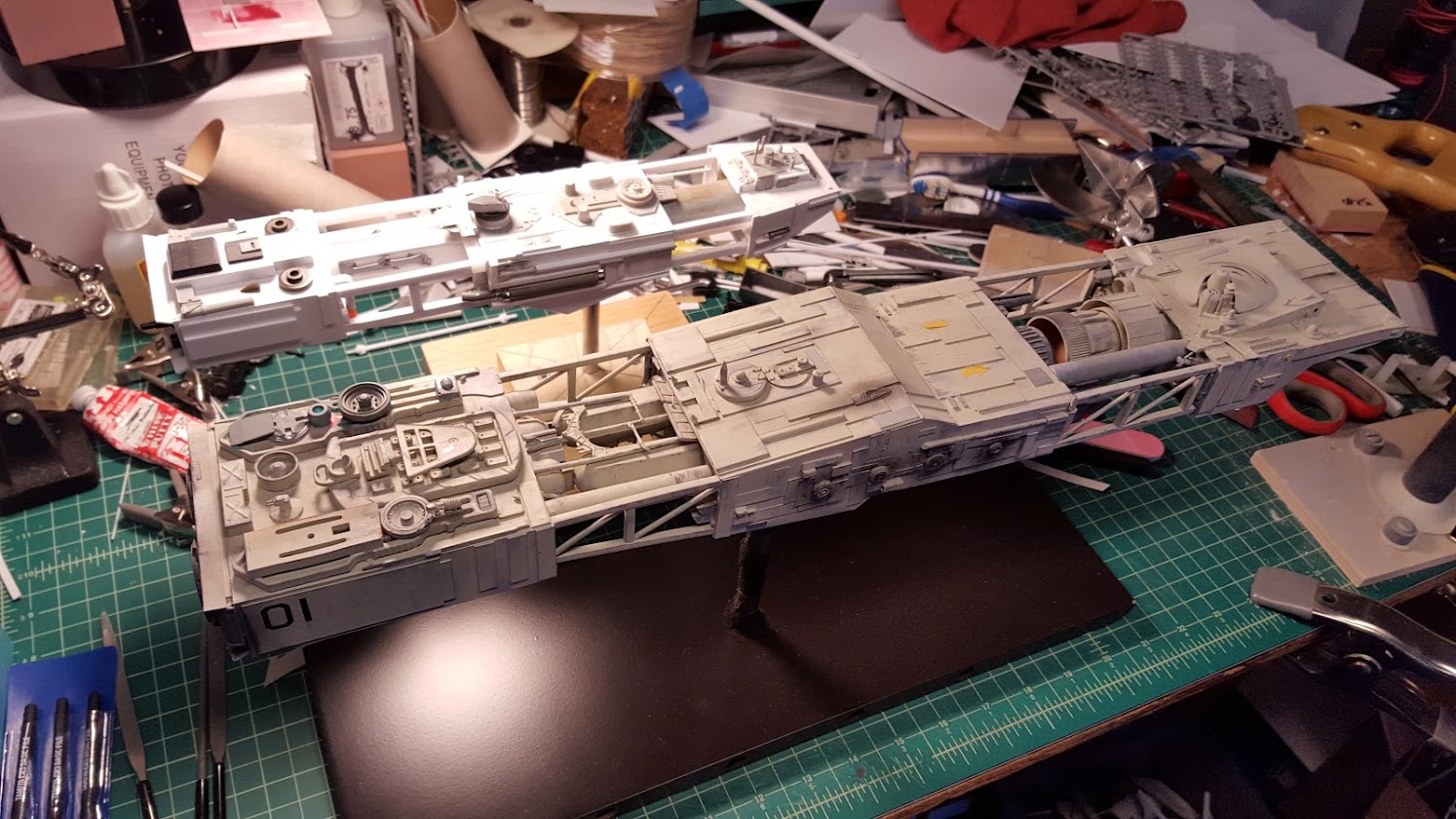 Here’s a comparison shot with the Sokol. 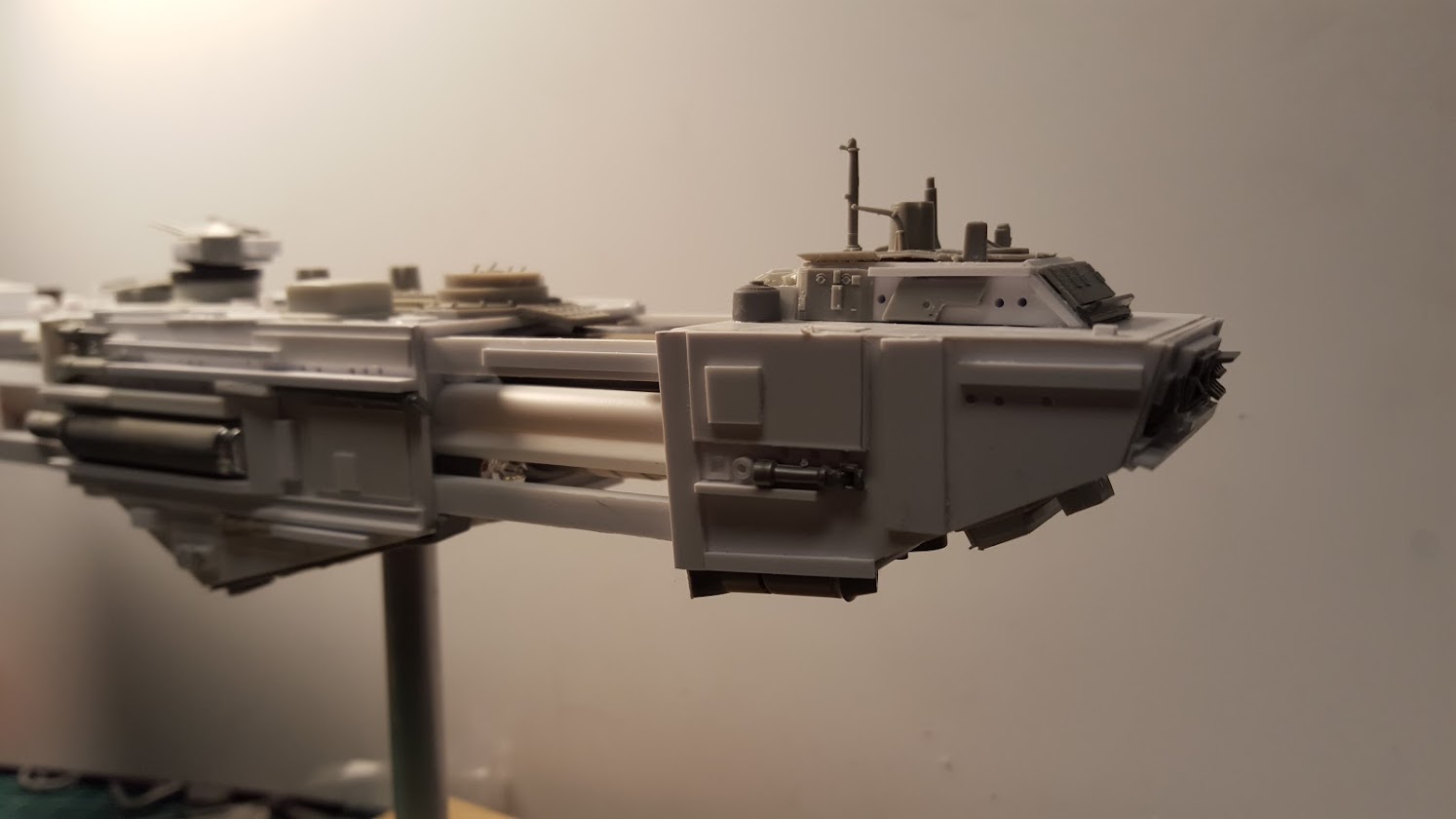 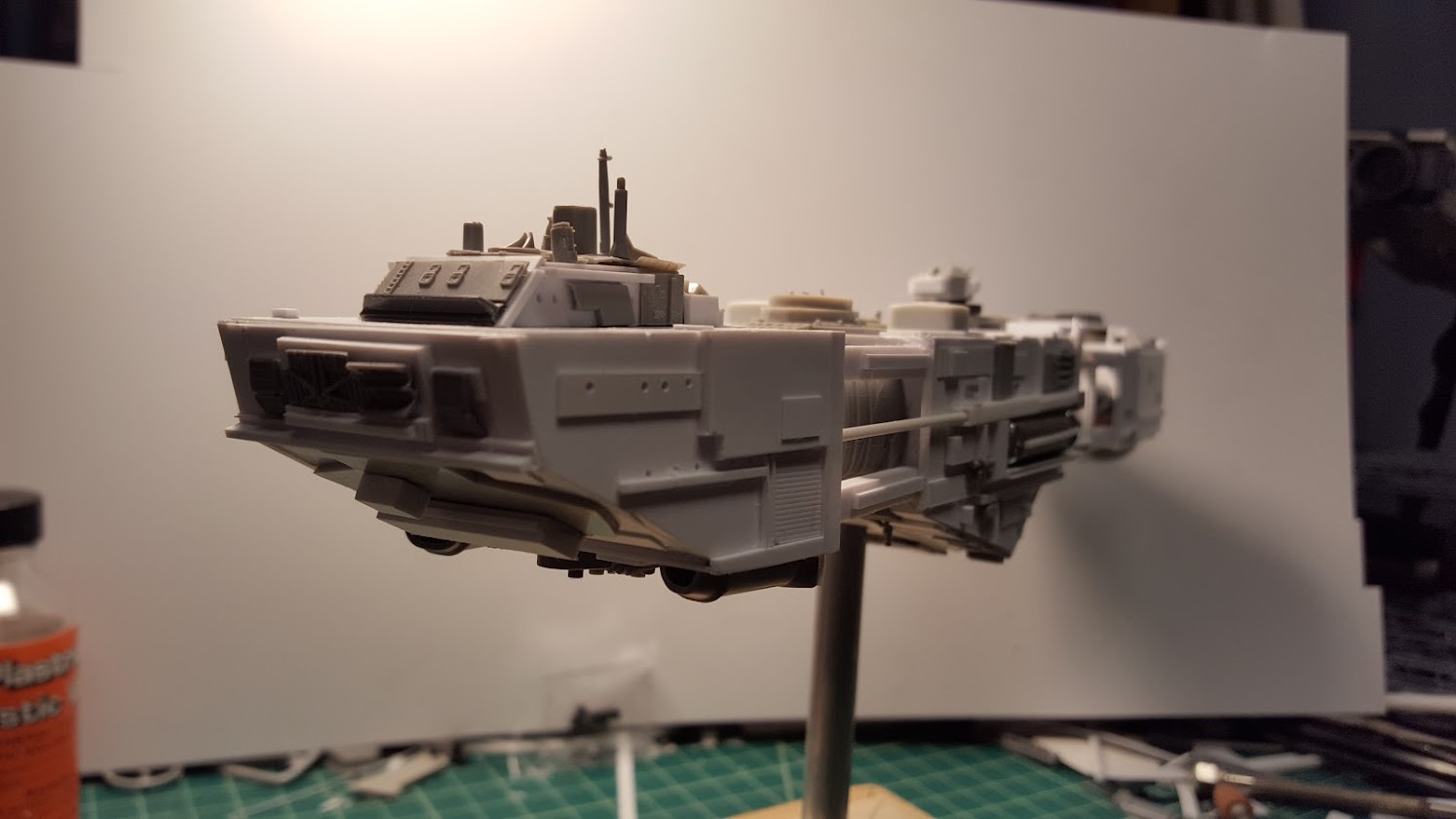 Ready for her primer coat.