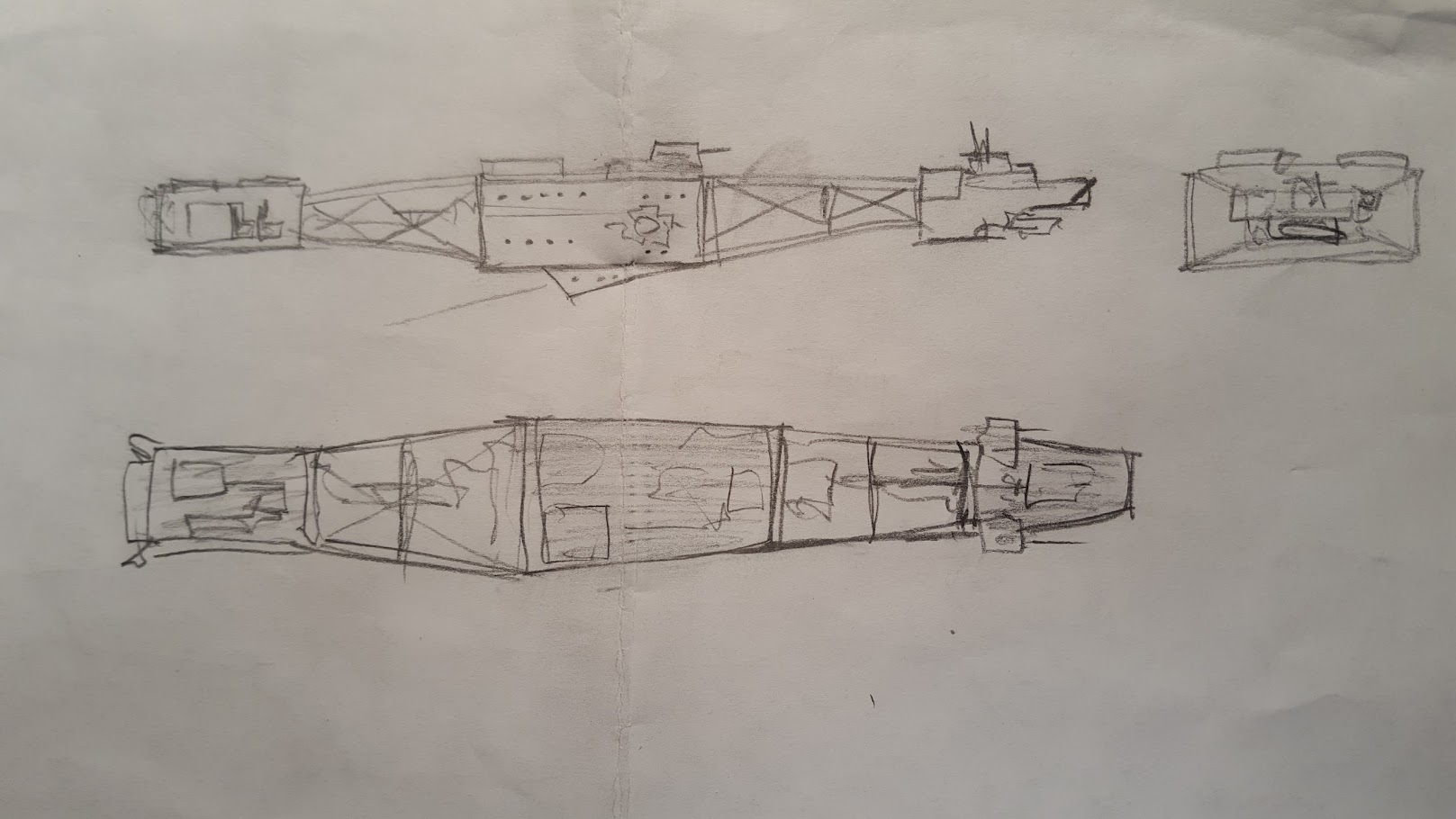 The SS Weippe is an old corvette class starship featured in my novel, Corvette. Corvette takes place about 30 years before Starforgers, Book 1 of the Star Saga. The design is similar to the SS Sokol but smaller. This ship is already close to fifty years old when the novel takes place and by the time of the war with Voton it had been phased out.

I started with a drawing, based on the design elements of the Sokol. Once I had an idea of the hull shape, I ordered the required styrene and got this one under way. I started with a block of RenShape for the mount. I can mount this model from the bottom, and both sides. It will be featured on the book’s cover but I decided to keep it the same scale as all my other large starships; 1/350. I opted out of any lights or fiber optics, so this would be a quick, static build. 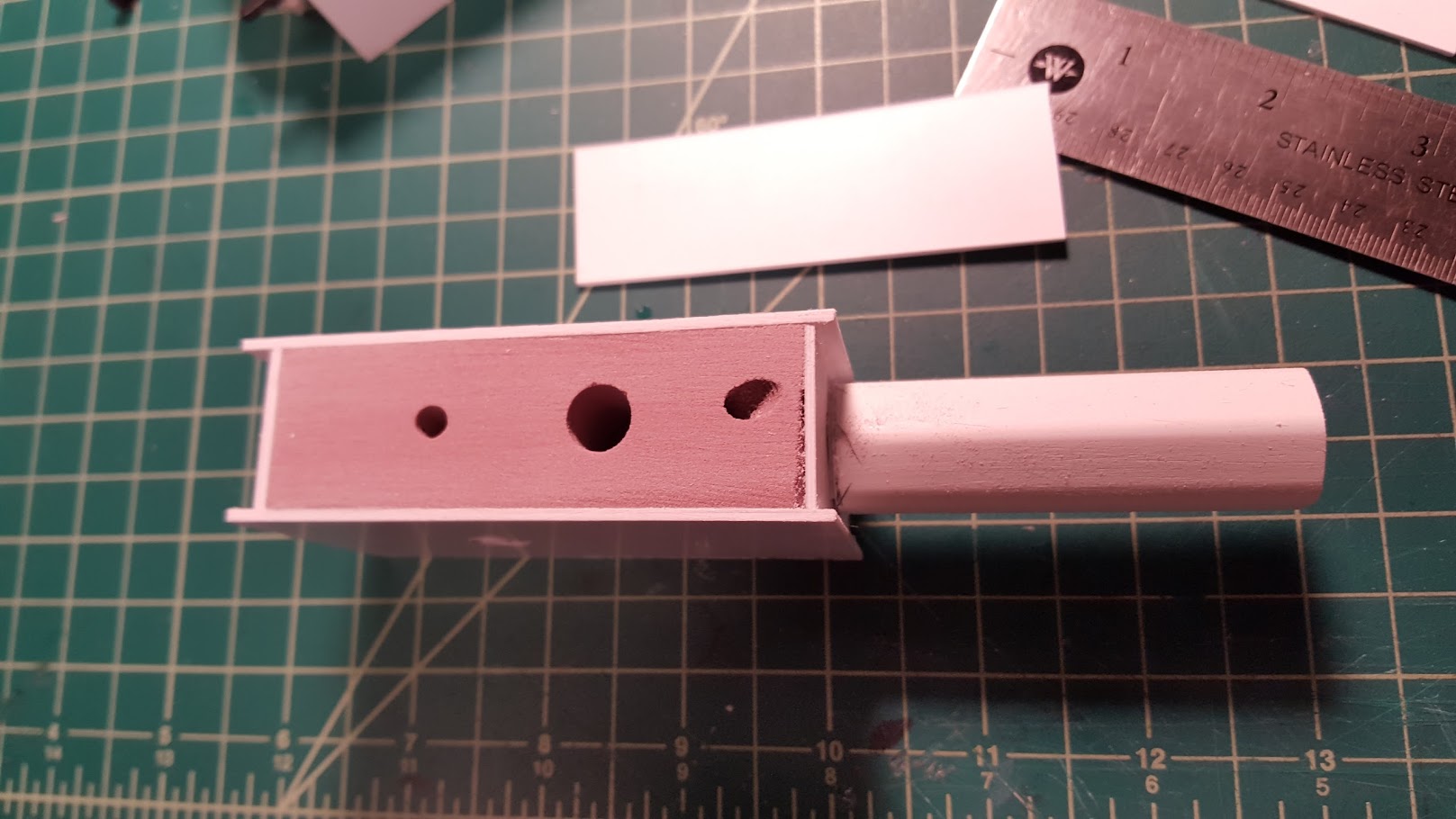 I used a fluted PVC pipe for one of the central tubes just to add interest and because I had it available. The sheet styrene glues easily to the RenShape with Testor’s cement. This makes things so much easier! 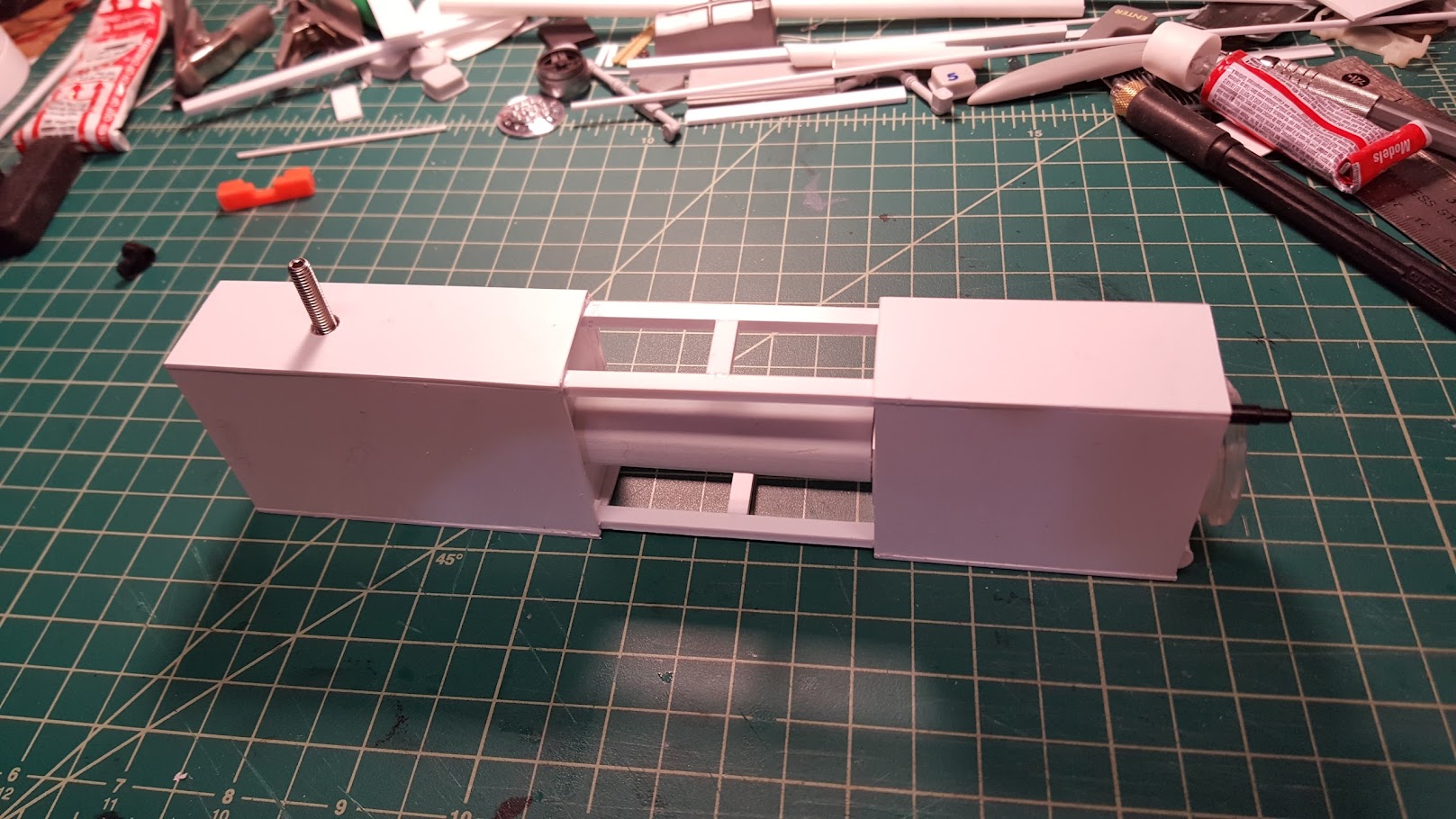 Here you see the set screw for the mount, but the actual hole not drilled into the plastic yet. The engine section is attached with grid made form styrene bars. 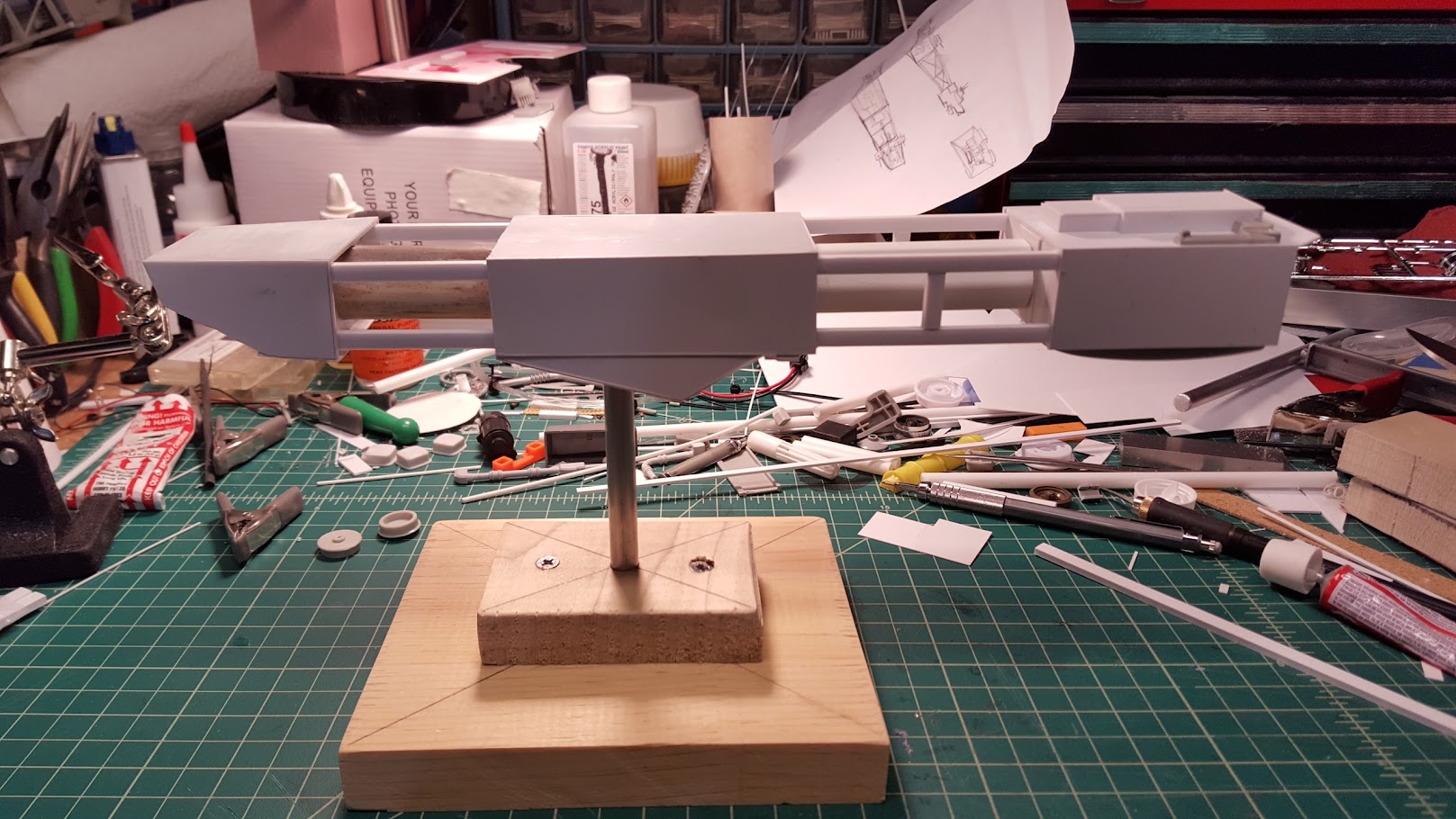 Here we see the mount and all three sections attached for the first time. Some engine details are added, again, following the design of the Sokol as closely as possible. 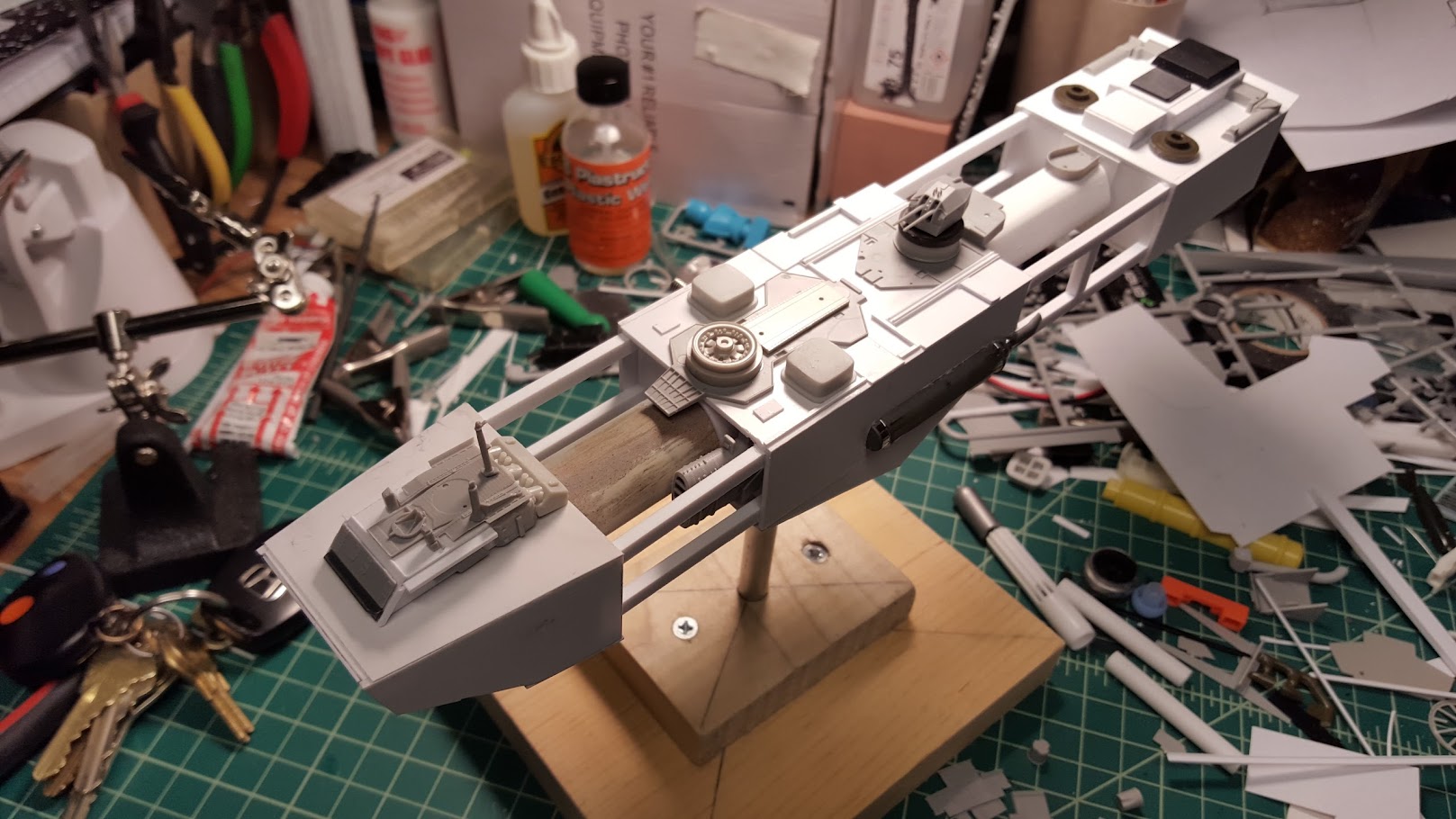 Details were added to the top section using parts from German destroyer models and other greeblies on hand. I try to do a mixture of kit bashing and scratch building whenever I detail a model. I don’t want everyone who looks at to see parts they recognize outright. Therein lies the challenge. The model is just over a foot long for reference.