Before Devon Ardel became a hot shot pilot for the Federation Alliance, she was a pretty good Stellar Ranger pilot. The fighter she flew for the Rangers was the Scrambler. When I initially started writing the Ranger short stories I drew this picture of the Scrambler. The design was a bit of a throwback to Buck Rogers and to all metal fighters from the 1950s. 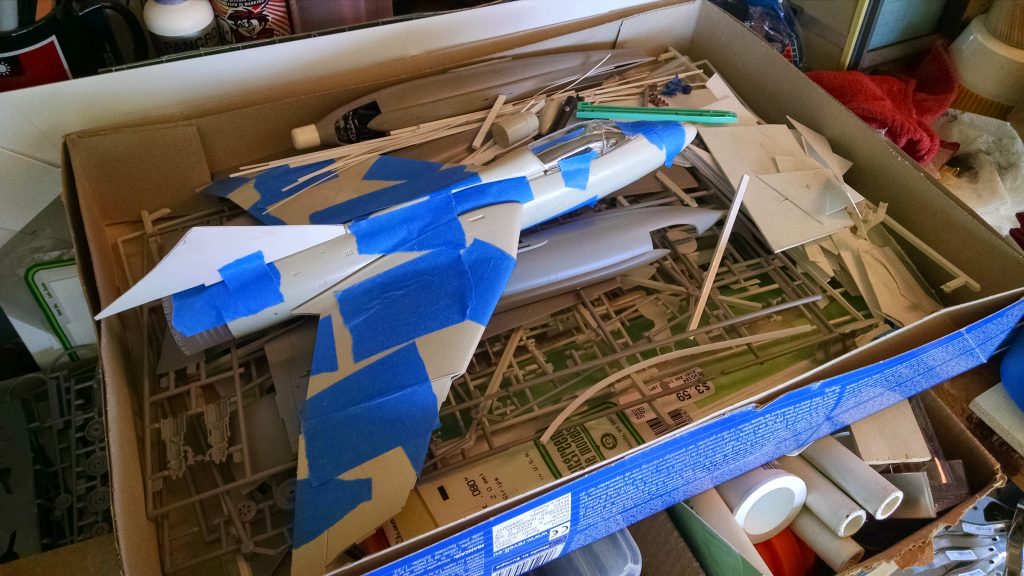 When I decided to build this model I wanted to try something different. I wanted to start with an actual fighter plane, thinking if these were ever filmed, it might be easy to find a real plane and then alter it into a Scrambler. The fighter that I settled on just happened to be a 1950’s UK fighter the Hawker Hunter. The only kit I could find was a the Revell 1/32 version so I purchased it.

I hacked up the wings first, making the tips bend down by cutting them off and angling them. Then I hacked off nearly a third of the fuselage and installed a bottle cap to be the engine housing. I didn’t use the kit’s tail, but fashioned one in the same shape as the drawing and bingo, I was essentially done. 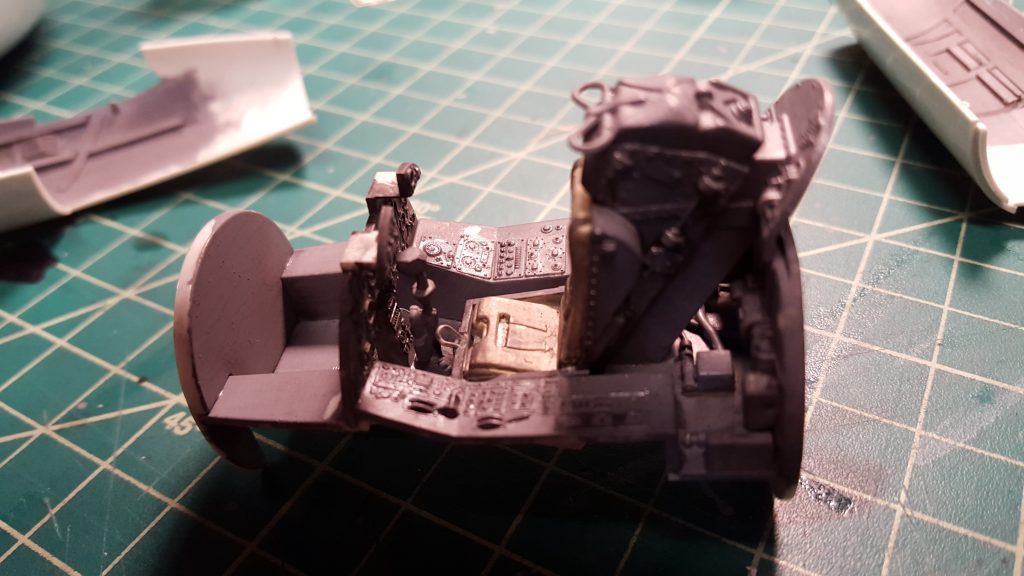 The cockpit was built pretty much as the kit provided. I didn’t care how detailed it was, because I’d never get inside with my camera. So while it’s weathered, it’s pretty stock. 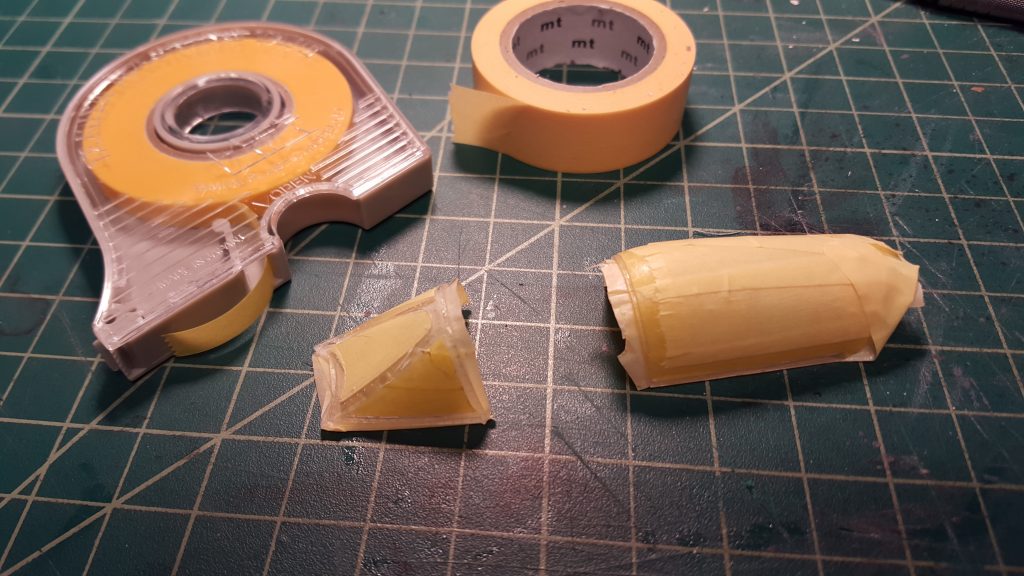 The canopy was masked in using the usual tapes. 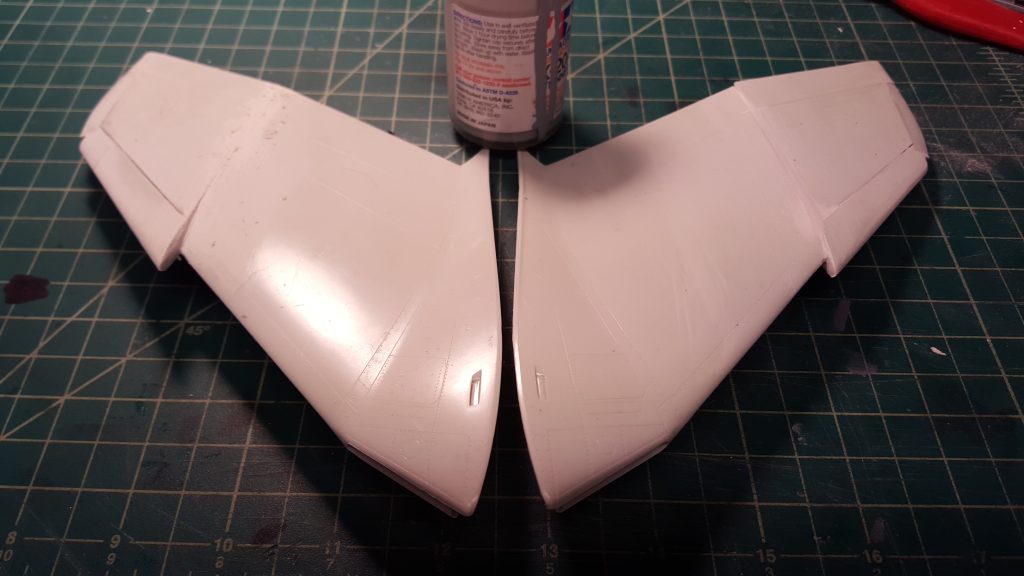 Here are the tops of the wings with the downward bend and all the putty I used on them. It was ugly, but it worked. 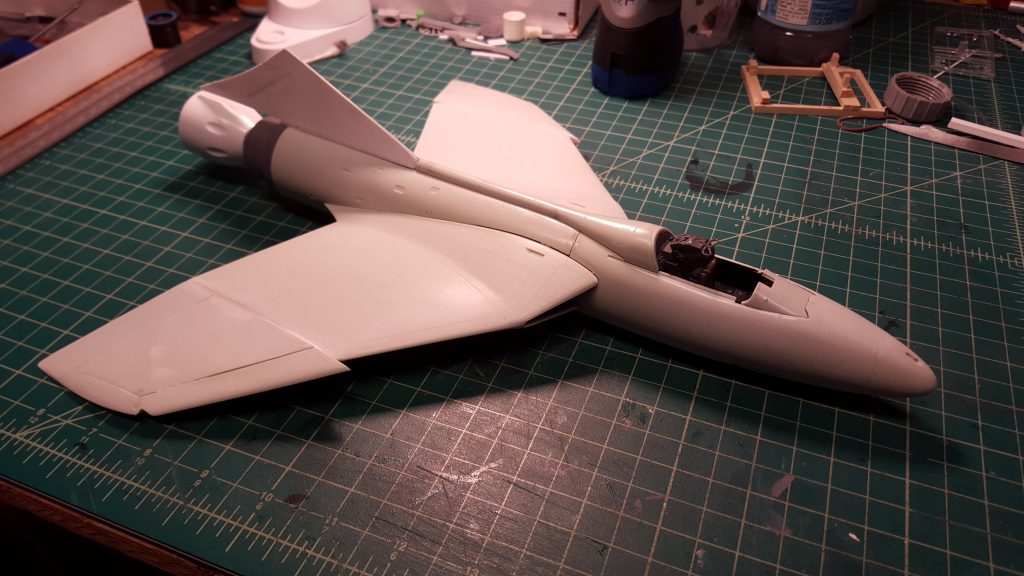 Here’s the finished body with wings. No stabilizers were used. 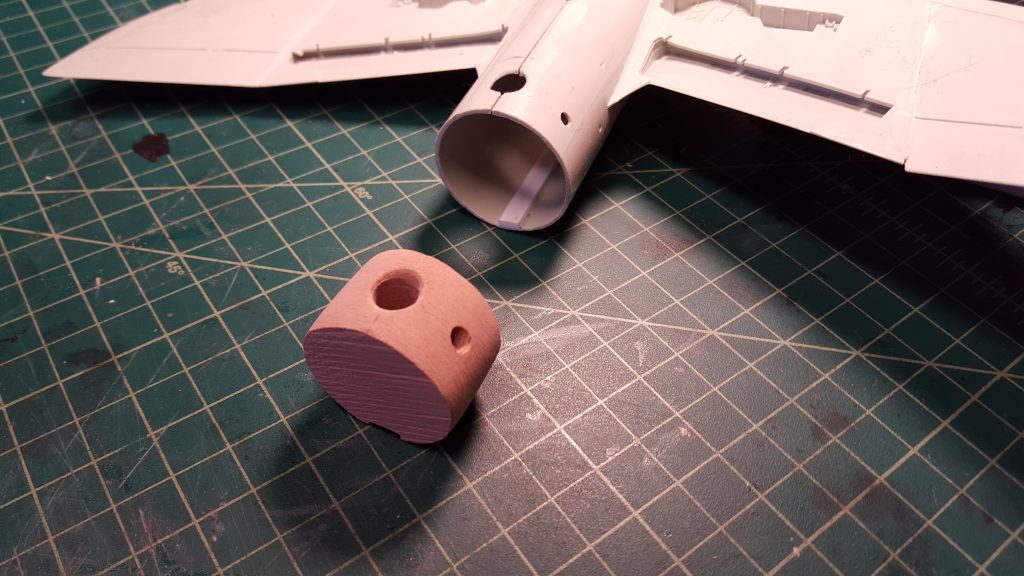 The mount was made from RenShape with a standard threaded lock off. 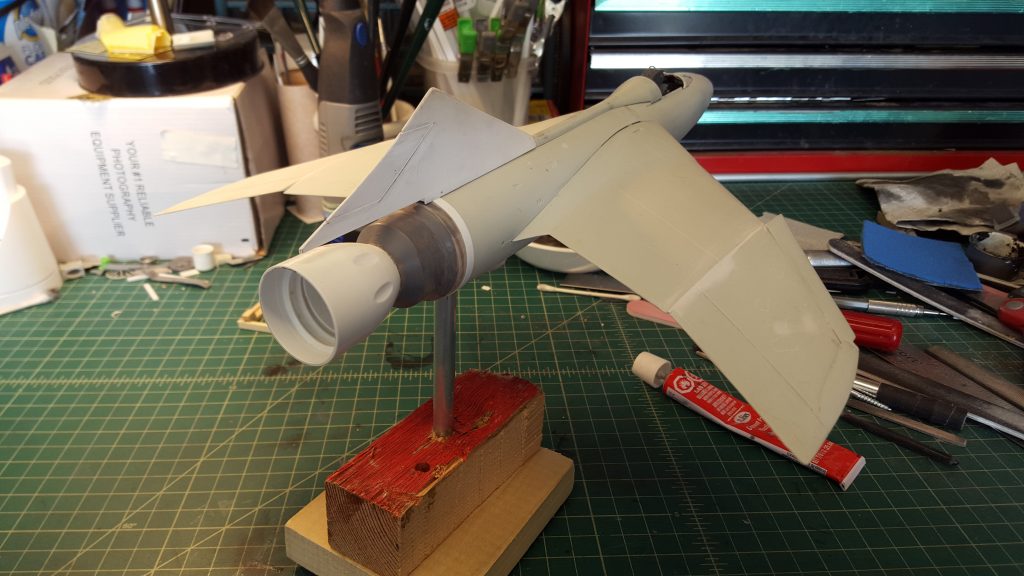 Rear shot showing the engine which was an electric toothbrush in another life.

Coming next: Putty and Sanding