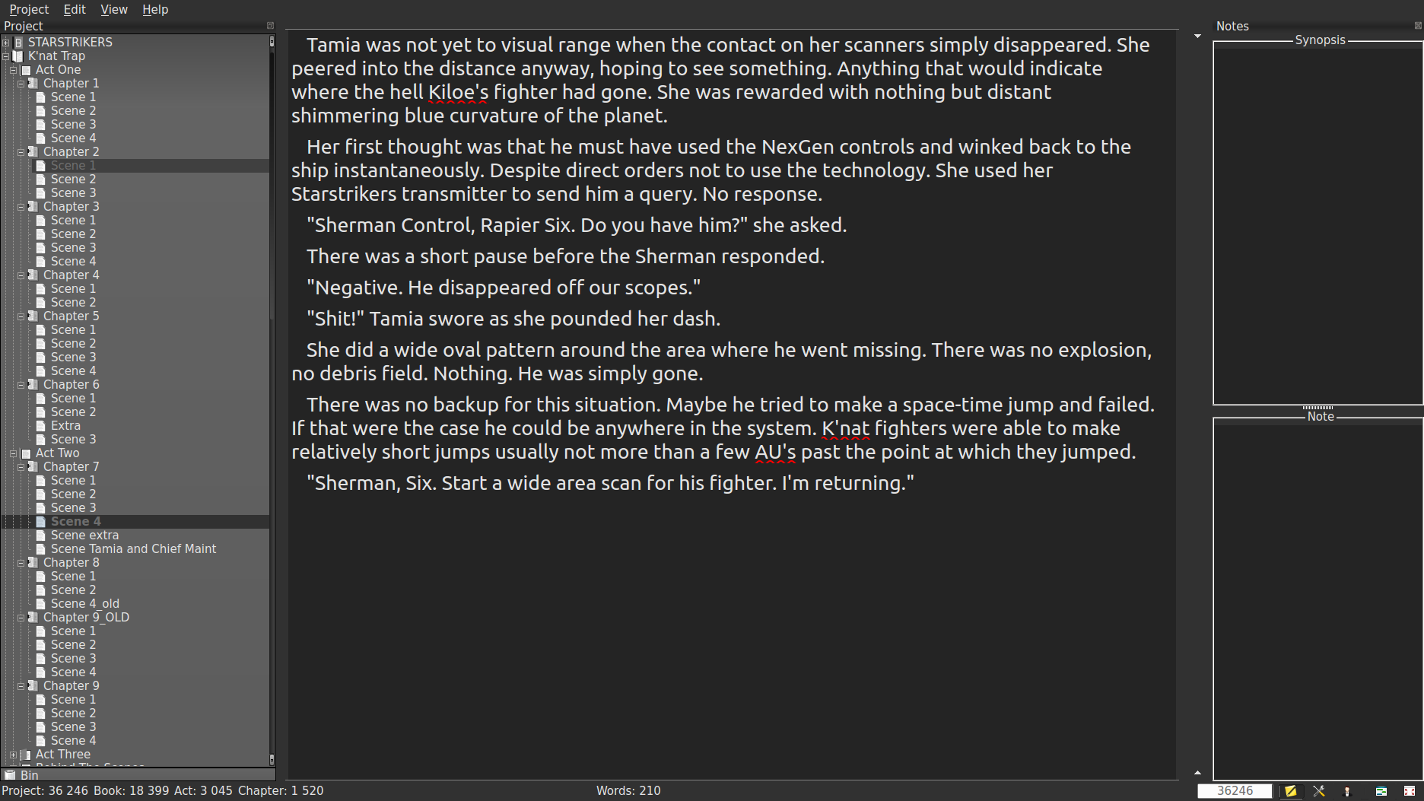 The above scene from my WIP is a perfect example of a Second Act hurdle that your main characters must face and eventually overcome. I’ve raised the stakes a bit and made Kiloe’s fighter completely disappear right when he was supposed to be picked up by Tamia. It was a relatively simple mission, made more difficult by my First Act problems that were eventually solved by Kiloe and his partner, Tamia. The reader was all set to have them reunited and the mission be a success. But it’s only the second act. You just know things are going go awry or what would the rest of the book be about?

In the Second Act, the hero is given an even more difficult problem to deal with. Something that will force him or her to work harder than before to survive and overcome. It’s up to the writer to ensure that this second act builds drama and suspense by putting the hero in ever deeper water until he either learns to swim or drowns. Sometimes writers call this chasing your hero up a tree and then setting the tree on fire. Now how are you going to get out alive? Easy, giant Eagles will come to my rescue.