Next month I’ll be releasing the second novella set in the Star Saga’s Starforgers Trilogy. It’s a coming of age story about the young Empress Nykostra of Voton. Set between book’s two and three, the story deals with how the Empress rose from a guarded youth to a powerful leader of the largest stellar empire. It works great as a stand alone story but if you’re reading the saga books, it fills in some gaps that avid readers will appreciate.

Here’s the cover art by my brother, Byron McConnell. It features an image of Mars standing in for Con One and the KiV-4 trainer model in 1/48 scale. The color scheme for the series is orange and blue with orange denoting the Empire and blue the Alliance. This story being all about the Empire, it’s mostly orange. Where as Devon’s Blade is mostly about the Alliance and so it predominately blue. 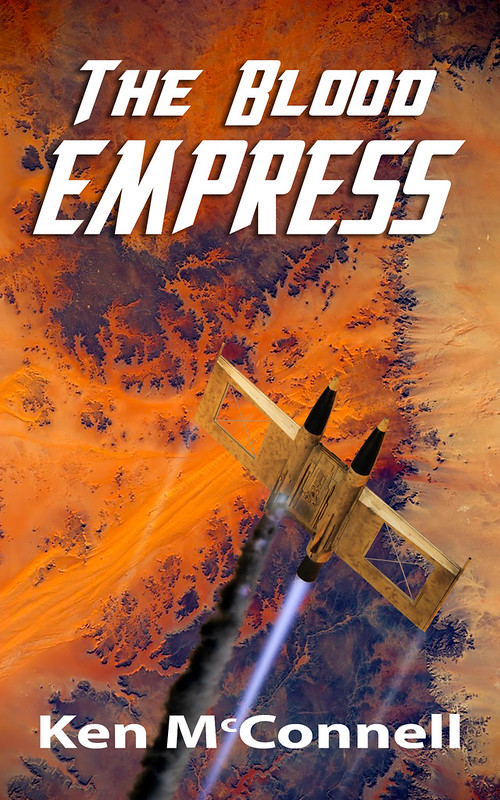 The Blood Empress goes on sale next month, so stay tuned for the release date. In the meantime, go snag your copy of Devon’s Blade and then leave reviews everywhere you hang out online. Thanks!