Up first on the detailing is the vertical fin. I lightly sketch onto the plastic the panel lines and then score them with either a scribe or a knife, following a metal ruler. The same thing was done to each wing. 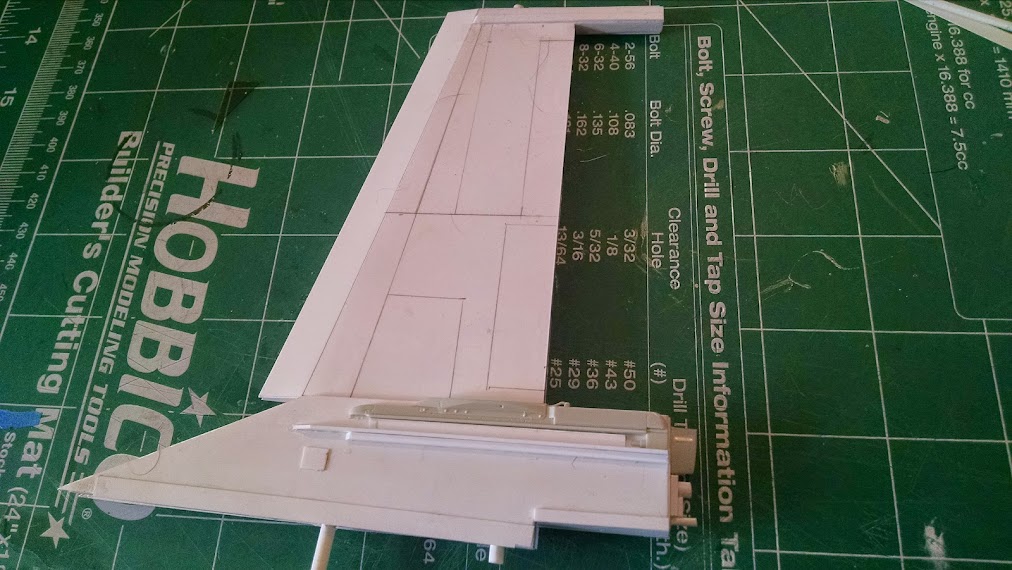 The bottom of the starfighter gets some details from model jets. Here you can also see the only mount point on the model. 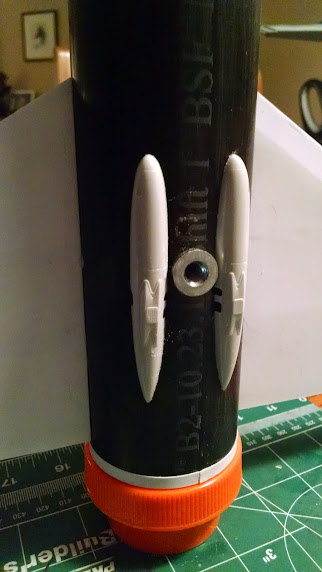 I have tone, fire! 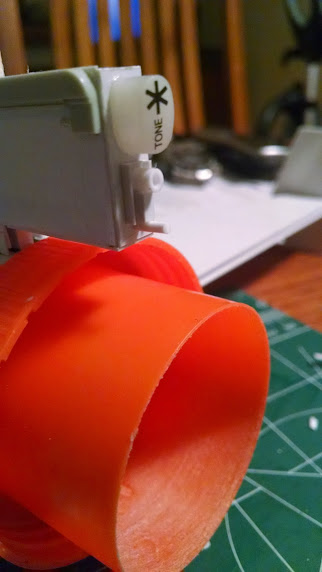 With the pilot installed, other surface fuselage details are added.

On a clean bench with her stable mate, the Vickers Swift. 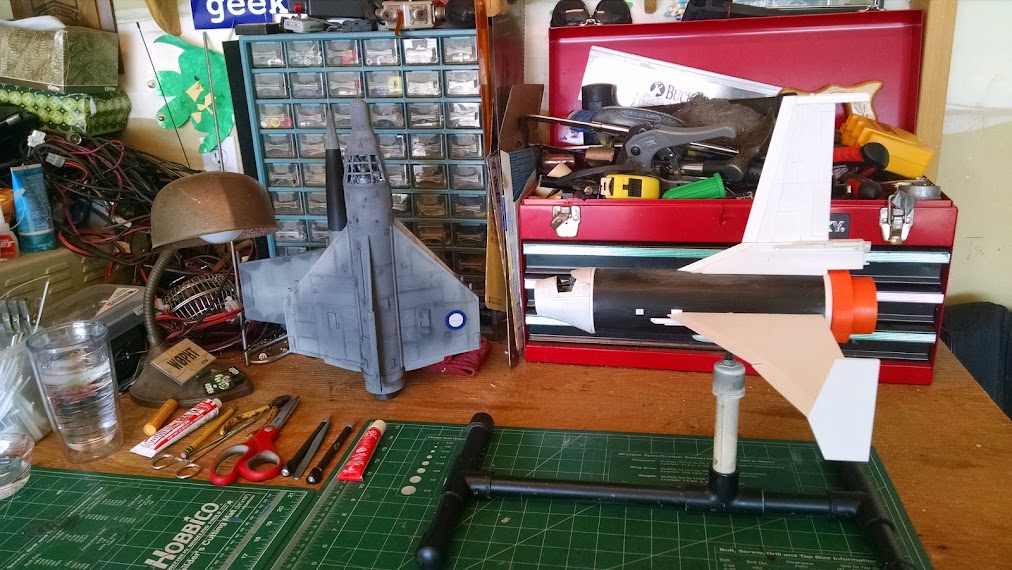 Surface details were matched  to the Swift, because they are both Alliance fighters, even though they are made by different companies. 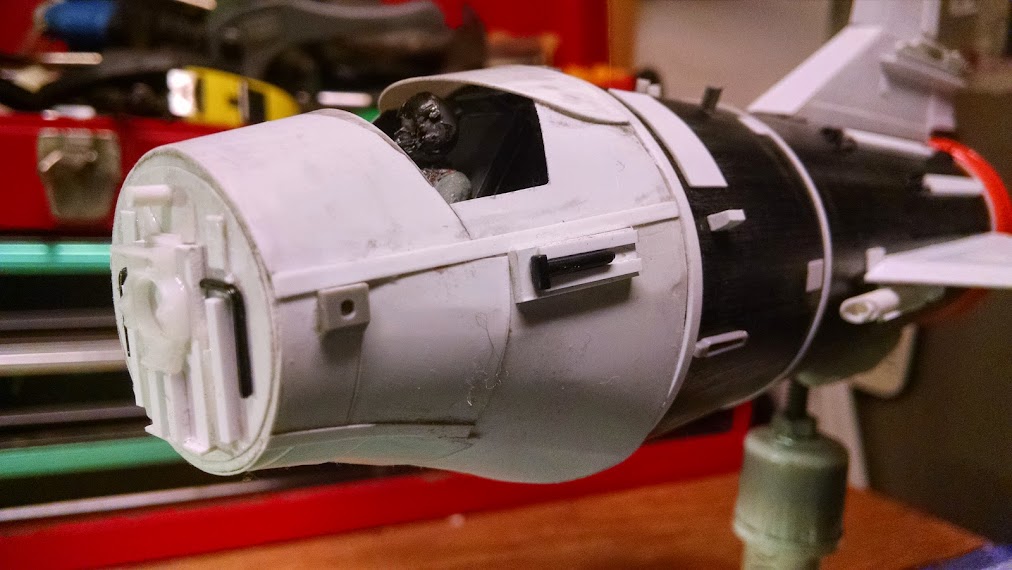 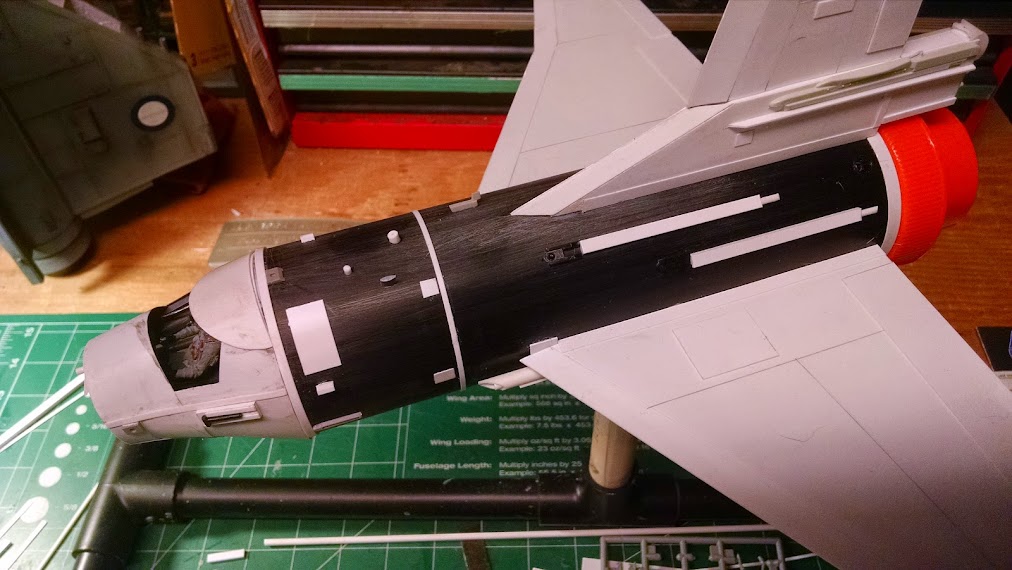 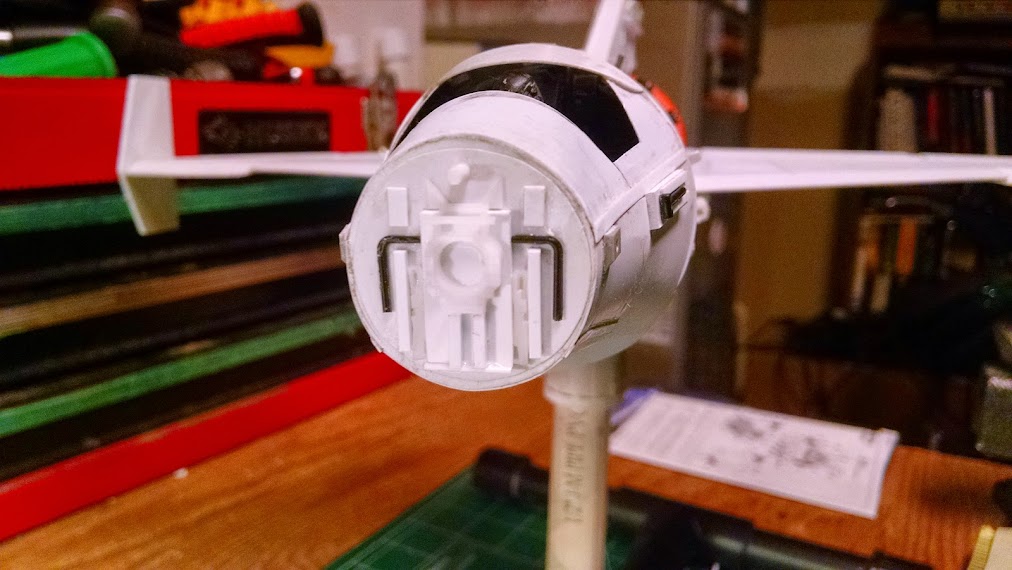 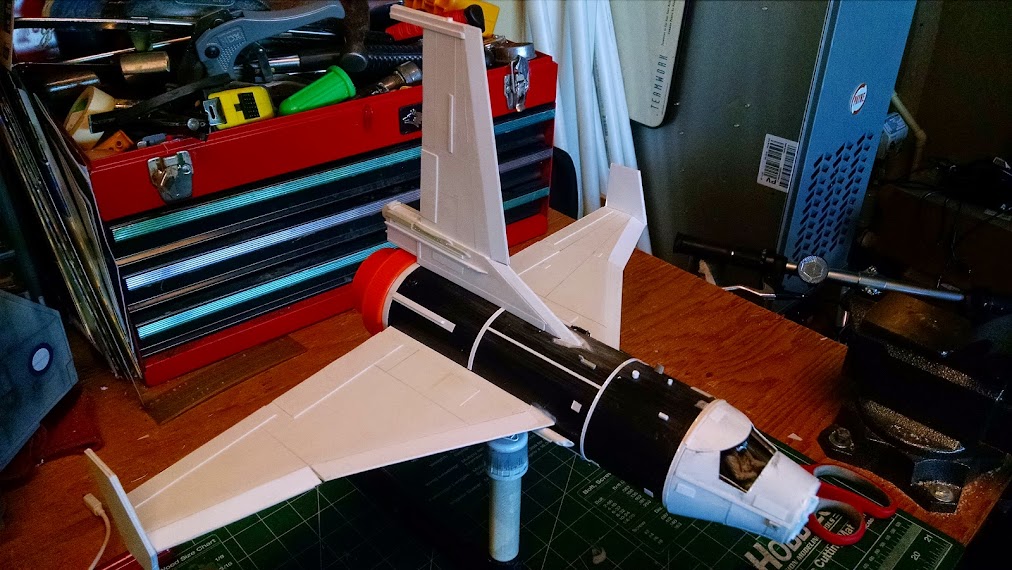 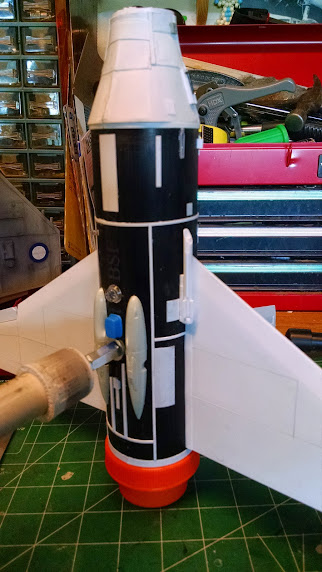 With the detailing finished there was nothing left to do but paint. I started with a flat white bottom and then added the dark sea gray that was used on the planet Kew. This planet is featured in the novella, Devon’s Blade and we had thought that this model would appear on it’s cover but it was later cut. 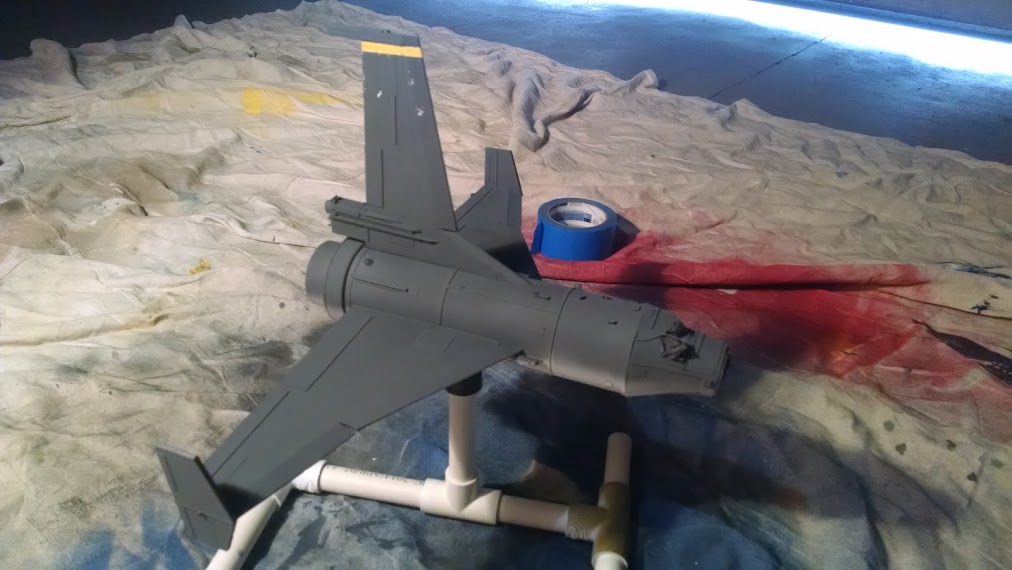 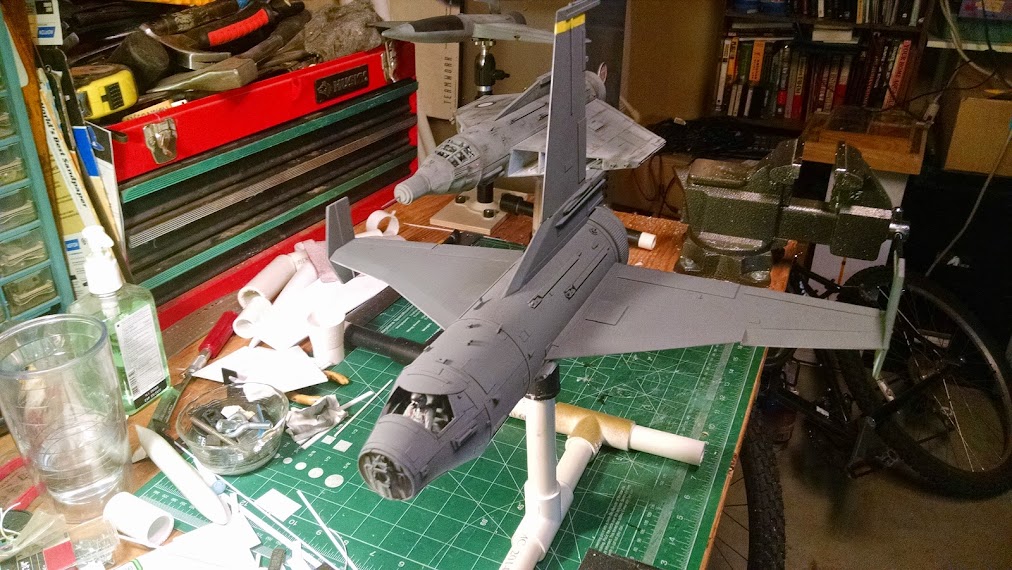 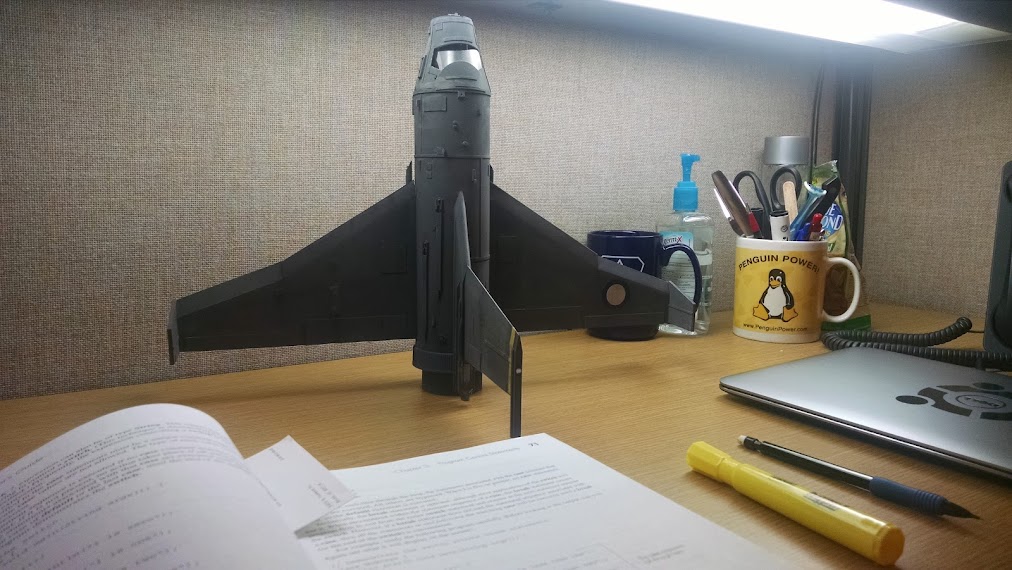 Weathering is one of may favorite parts of modeling. It’s where a model starts to look real. 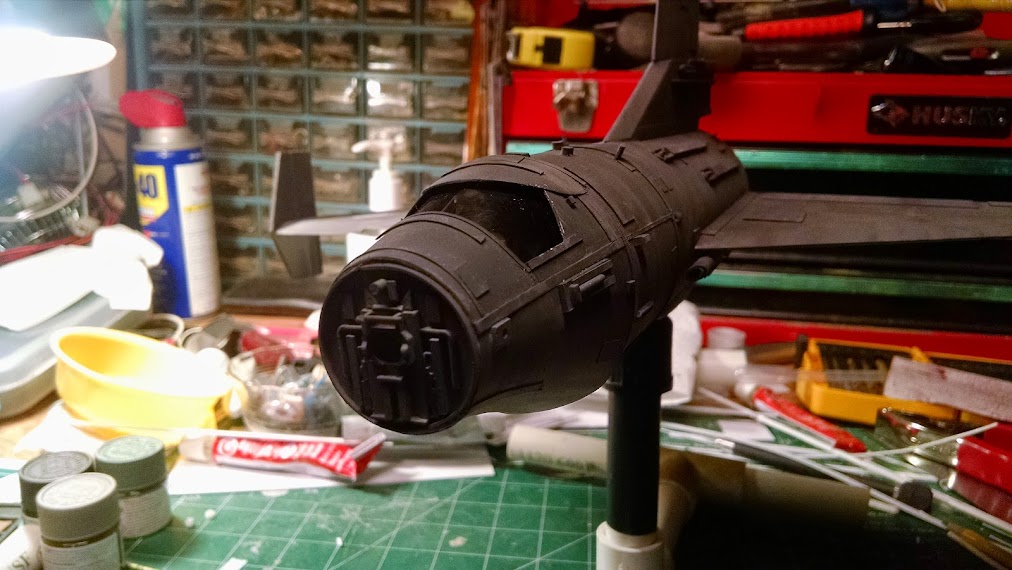 I used gray and white and black pastels applied with a dry brush to get most of the weathering effects. A few flecks of silver for chipped paint. 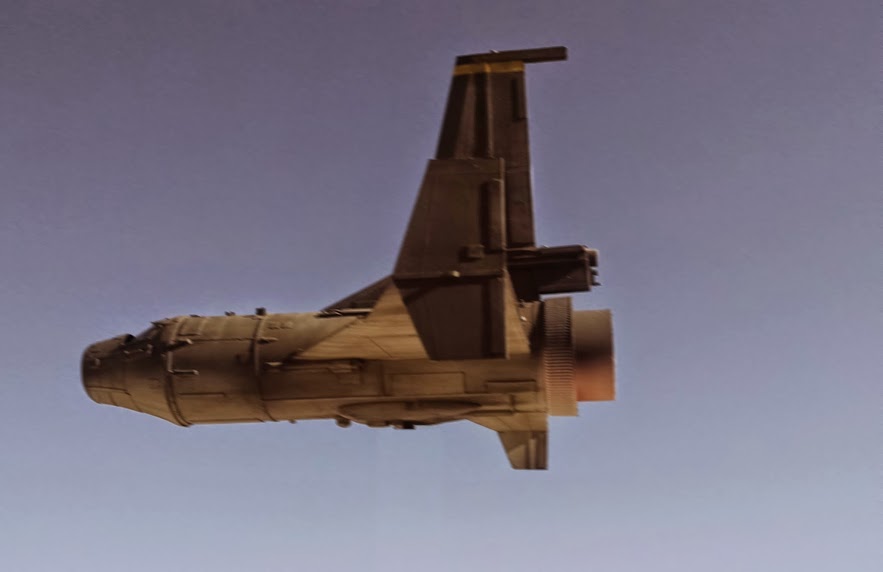 It looked so real, it took off into the skies and I never saw it again. Although it was cut from the novella’s cover, it will likely appear on several other covers later this year. When it does, it will be wearing the traditional all white Alliance paint job seen below. 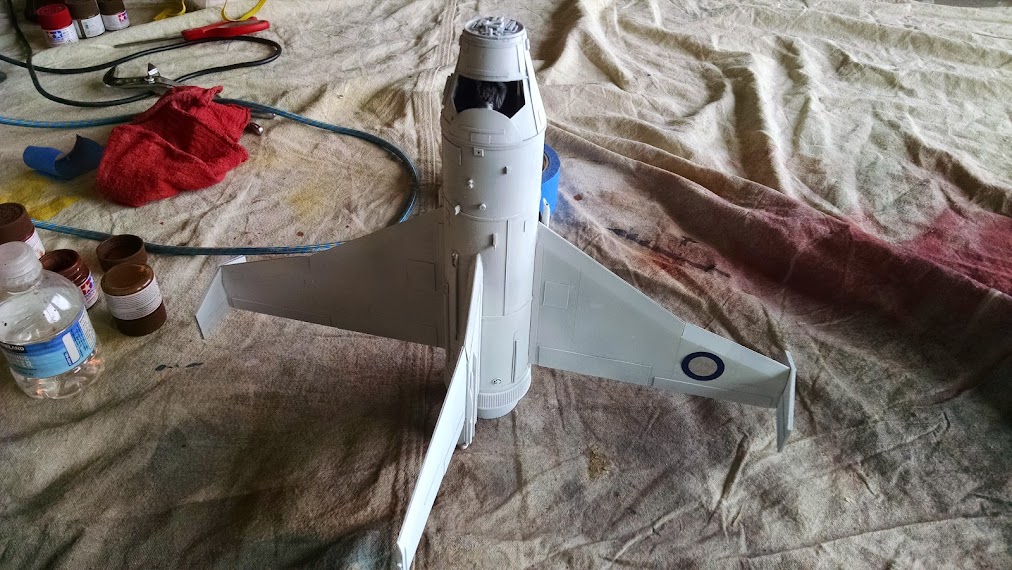