Next came the wings. They were built up like an airplane’s wings and then covered in sheet styrene. 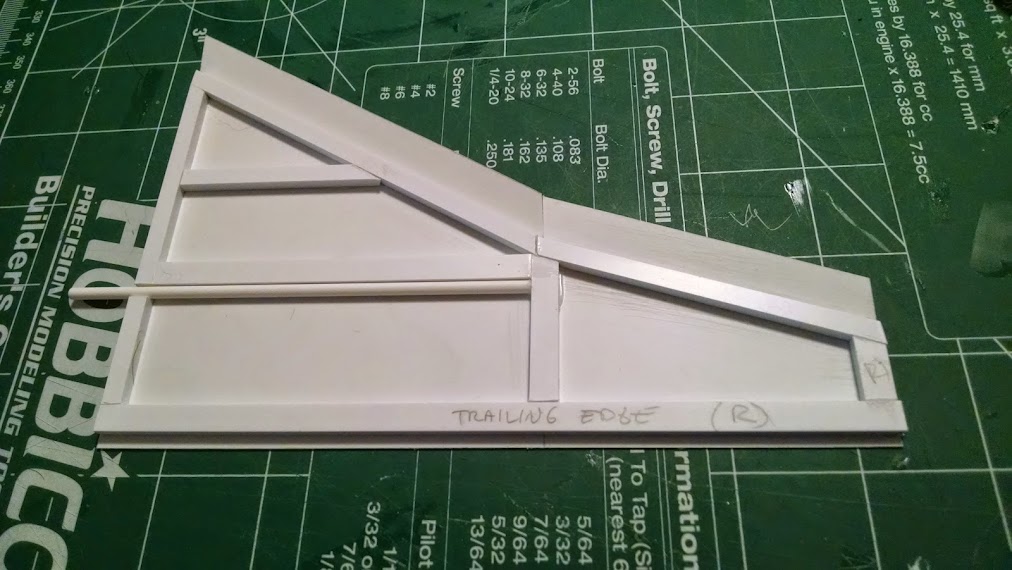 Winglets are measured and cut from many layered pieces. 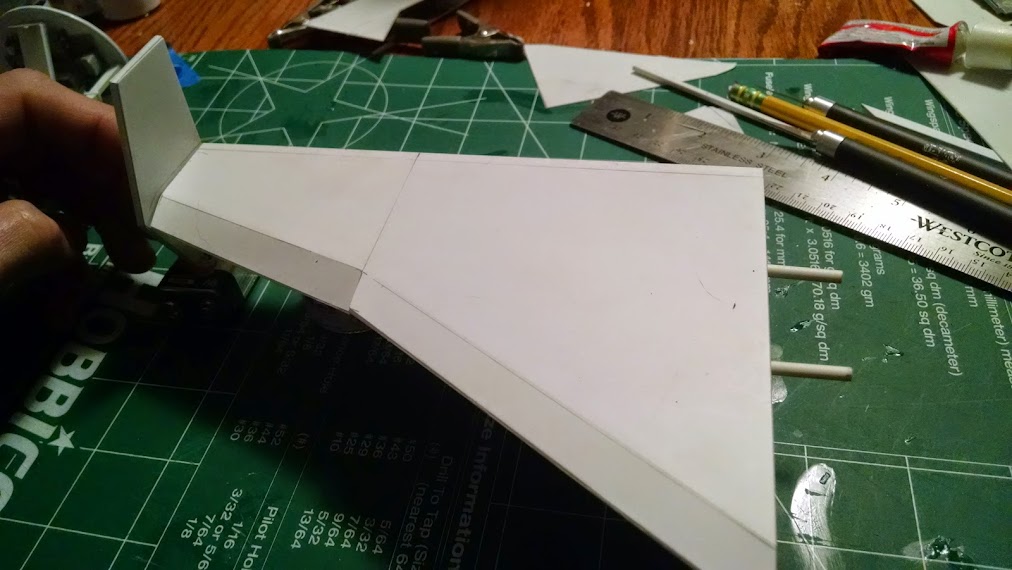 Below you can see how the wings now fit into holes drilled into the PVC fuselage. 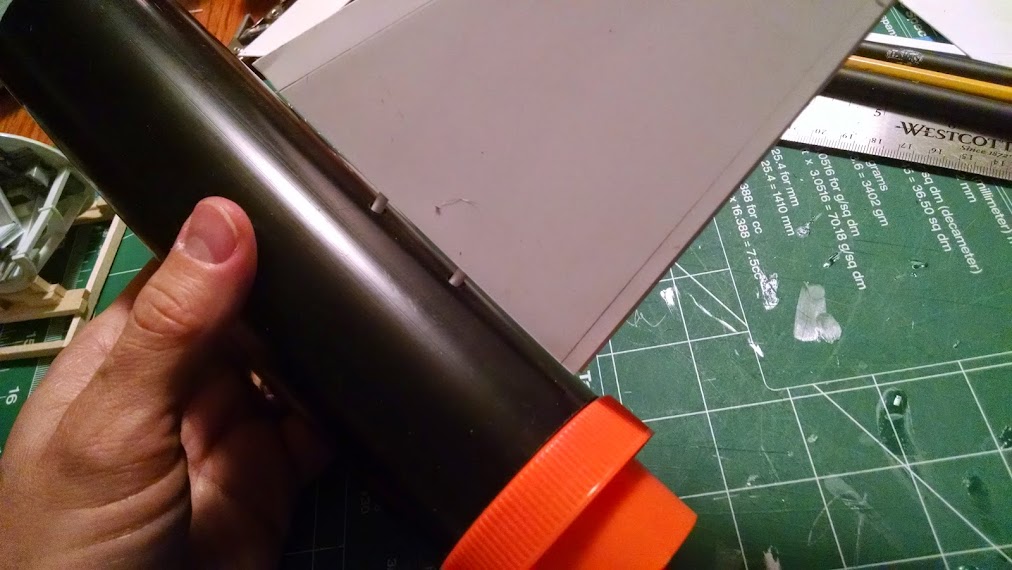 The vertical fin is built just like the wings from a frame of plastic and covered in sheets. 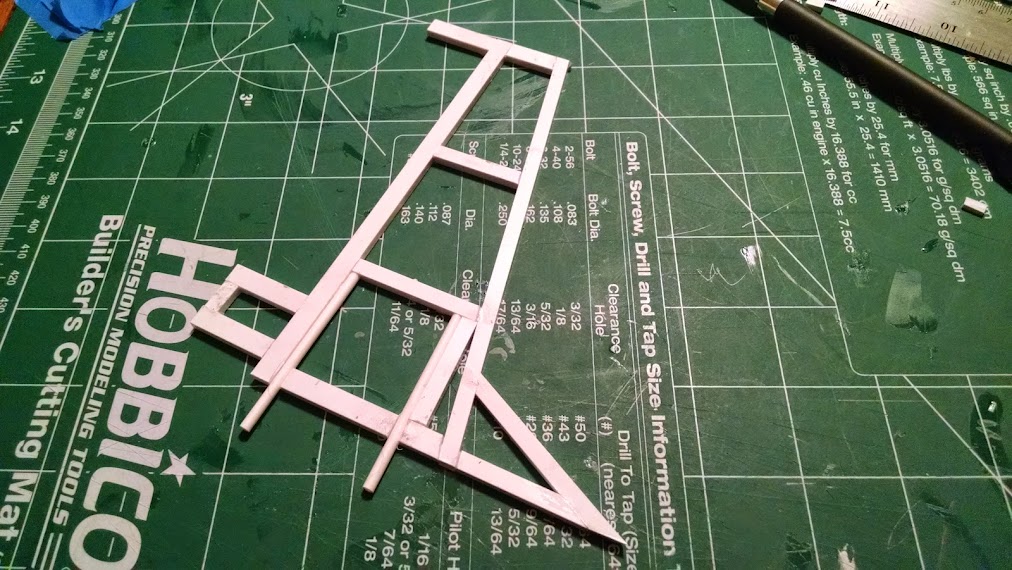 This fin is modeled after the vertical stabilizer of a Viper. No, not that one, an F-16. 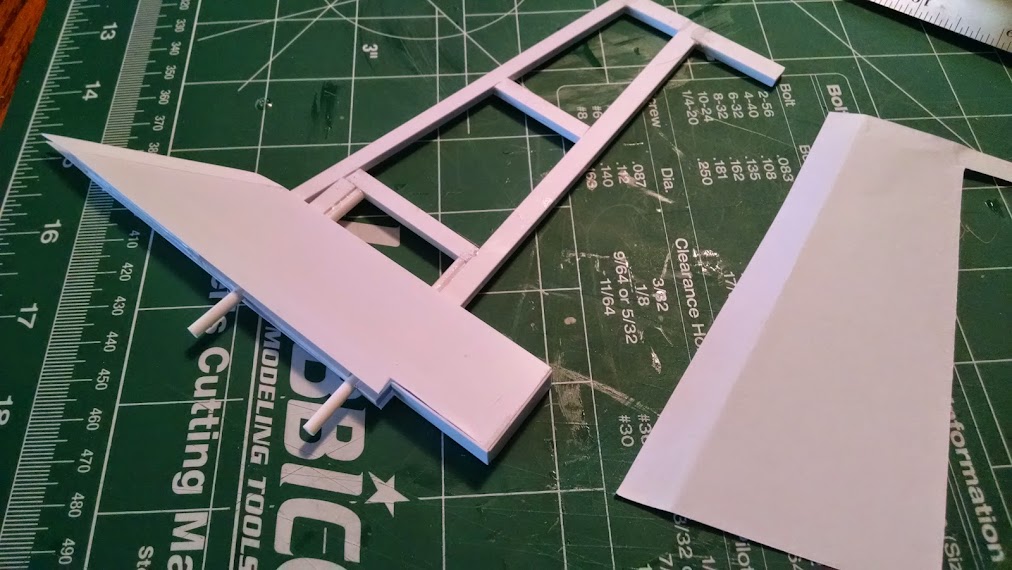 Test fit of parts to see what she’ll look like. 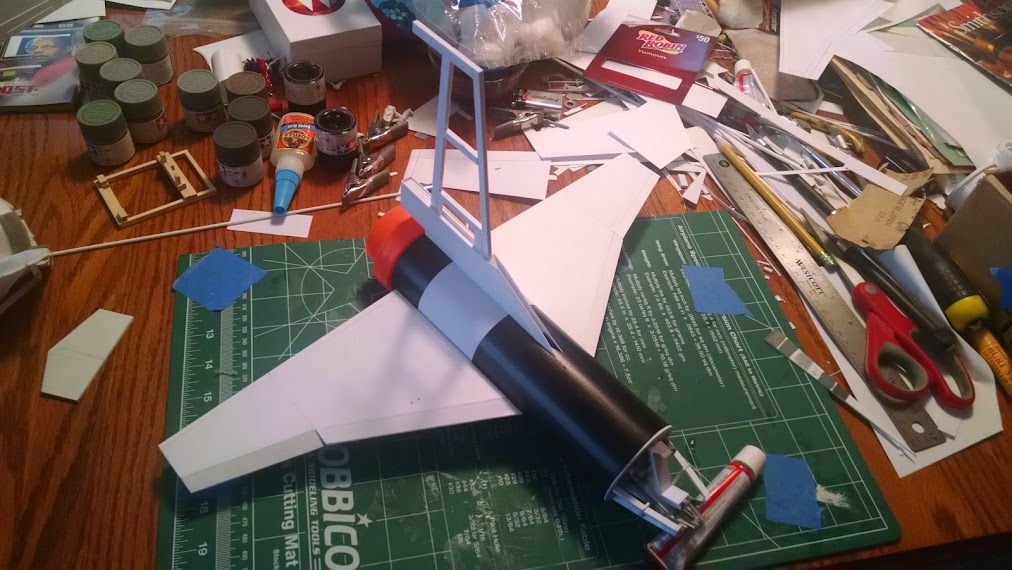 Looks about right. The engine exhaust is a laundry detergent bottle cap. 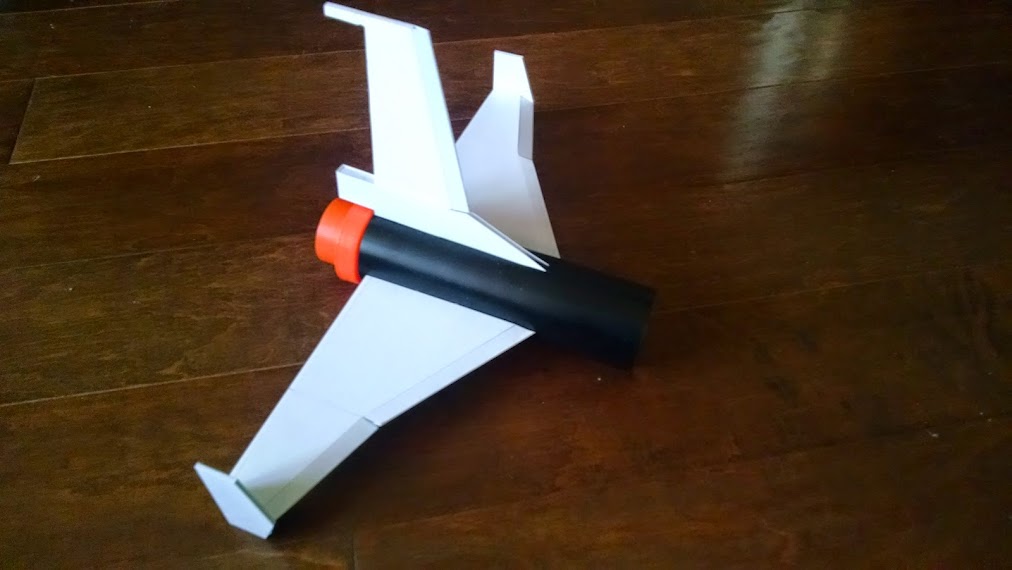 The instrument panel is scratch built from scrap plastic. It’s never gonna be seen, but makes the finished model fun to look at. 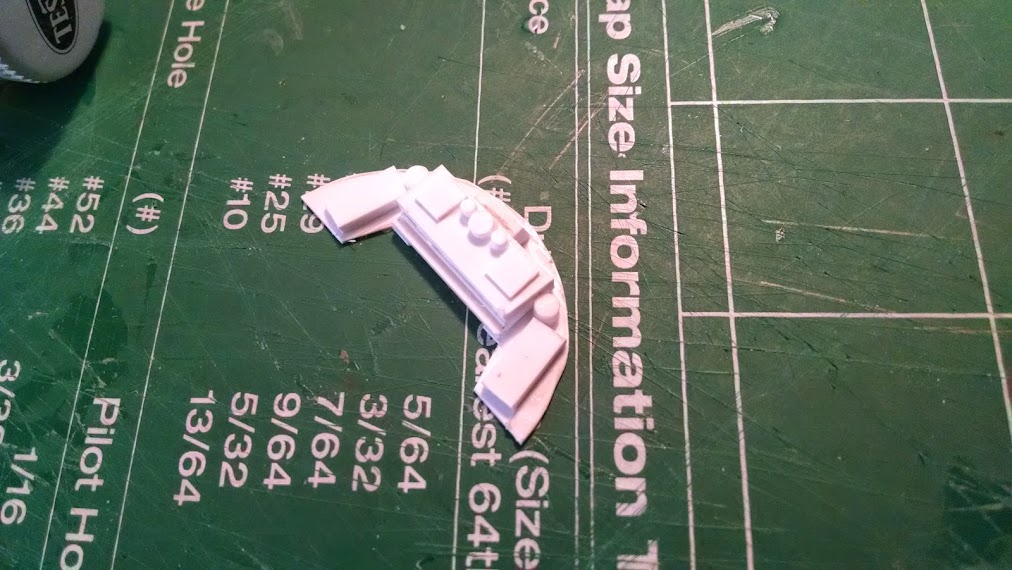 The capsule is framed out with plastic strips. 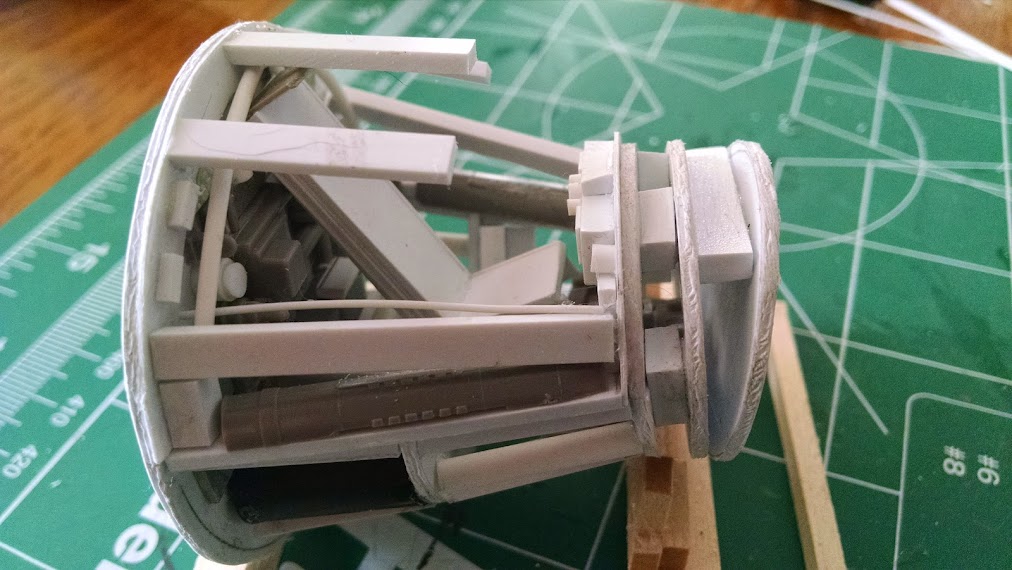 Then it’s covered with really thin plastic, just like you would build a modern jet fighter from metal. 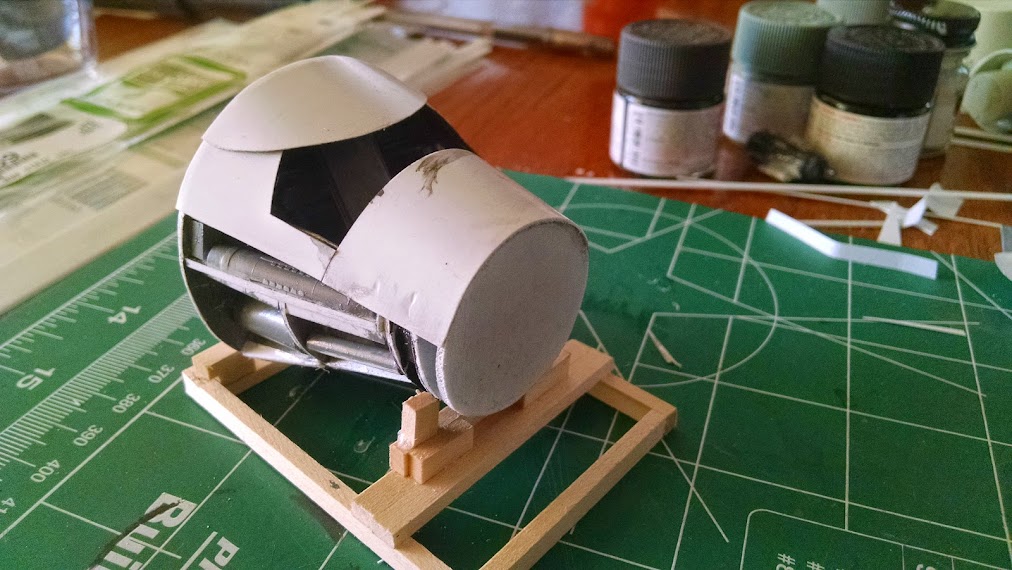 Side view as it’s glued to the top of the model. 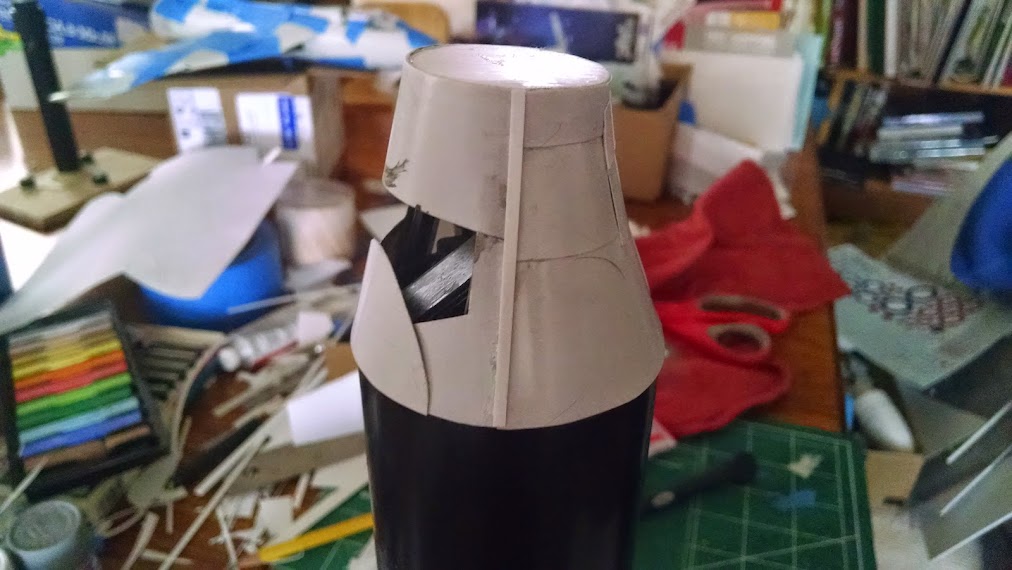 More to come in the next part as final details are added and the whole model is painted.