The covers of all three of my Star Trilogy books have military unit coins on them. Just what are unit coins and why would I want them on covers of Sci-Fi Space Opera novels? That’s a good question, let me attempt to answer that for you.

Unit coins were believed to have been first issued by allied air forces in WW1. They were intended to be a unique way to establish esprit-de-corps and were only given to pilots. One pilot who was shot down behind enemy lines, used his unit coin to identify himself to the French Underground who were preparing to execute him as a German spy. Thus began a tradition of calling them Challenge Coins.

Soon many other military units were minting their own unique coins and the idea of challenging people to produce the coin began. When I served in the USAF I was a Munitions Systems Specialist, otherwise known as an AMMO troop. We used AMMO coins to challenge each other in bars when over seas. If someone pulled his coin out everyone else had to do the same, or else they owed the table or the room, a beer for his or her indiscretion. Below is my AMMO coin from Kunsan AB, Korea. 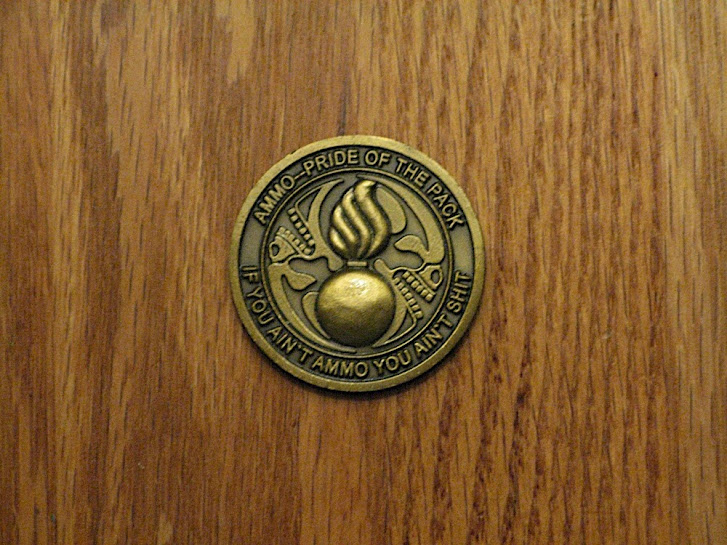 When I was designing the cover for Starstrikers, I decided to use the unit coin of the Starstrikers special operations group. In a final draft of that novel, I even incorporated the coin into the story. So it made perfect sense to have the coin on the cover.

As I started writing the first and then the third book in the series it was a no-brainer to feature unit coins on their covers too. Especially since each book was loosely about a particular military unit.

The unit coins on our covers are original designs by myself and my brother, Byron McConnell. I usually come up with a design and he executes it in Photoshop. I think we have done a pretty good job with them.

So now you know a little bit about military unit coins and have a new appreciation for why I used them on my novel covers.