This past week I put two books on the Kindle Select program from Amazon. On Saturday, the first book in the Star Trilogy – Starforgers was made free for four days. Then on Wednesday, I put last year’s release – Tyrmia in the same program.

First we’ll talk numbers for Starforgers. Before I put the book on the Amazon only program, it was not selling at all on the only other market it was in Barnes & Noble’s Nook. So there was little to no reason not to give it to Amazon exclusively for the next 90 days. 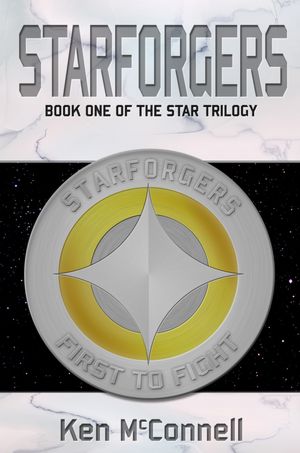 The first day it was  offered it was downloaded about 55 times. The second day, a Sunday, it was downloaded 300 times. When the offer ended at the end of Wednesday, it had been downloaded 700 times. Not too shabby. It had made it onto a best seller list for Sci-Fi free downloads.

Did I make any money on all of those downloads? No. Not directly. But after the free promotion was over, the book continued to be purchased to the tune of 21 sales in three days. That’s 7 books a day!

When you offer a book for free, it’s a pay off. You trade lots of people getting the book for nothing, for the possibility that those people will read and like your book and then send their friends back to get it. You are also banking that some of them will come back and buy one or more of you other books.

This is known in the business as the halo effect. What you hope for is a few day’s time on a best seller list, which leads to lots of downloads when the book is free. Then you hope that some percentage of those folks talk up your book and come back for more. In Starforger’s case, it looks like this is happening. 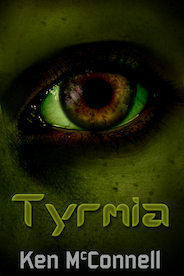 Tyrmia continued to stay in the top 10 of the Sci-Fi Adventure list, riding #2 for two full days. As I write this on the final day of it’s promotion, it has been downloaded over 2,035 times. Again, pretty incredible for a book that was just sitting out at the 400,000 ranking with no sales.

This is the difference between getting seen by Kindle users and not being seen. The Kindle Select program is just one way to get in front of Kindle users. I could have also just lowered the price to a buck and left it there for a week. But free tends to get more attention in the short term.

We’ll have to see how this book does after the free promotional period ends. I’m perhaps a bit pessimistic, but I see it doing about as well as Starstrikers, perhaps a little worse. But we’ll see in another week.

The free giveaways for these books has resulted in 7 sales of books not participating in the program. So that’s pretty minimal. I’m hoping for a bump in those books as people come back from reading Tyrmia.

It’s hard to know exactly why one book did so much better than the other during the free give away period. Perhaps more folks were attracted to the human-ish eye on the cover of Tyrmia, perhaps there was something more intriguing in the description. Tyrmia does have elements of Steampunk and its aliens are similar to the ones in Avatar. But then again, it is a more adult story and set on only one planet.

Starforgers is the first book of a trilogy and it’s pretty much straight-up Space Opera. I would have thought that Starforgers would have done better between the two. There might have been a bit of a feeding frenzy when readers of Starforgers realized that Tyrmia was for sale at the same time. Next time I do this, I might want to spread out the sales a few weeks or months apart.

Will I be doing this for any other books? No. But I can’t rule out another sale for each of these two books in the next couple of months. Part of the joy of doing things yourself is trying new stuff and seeing what works and what doesn’t.