The O2 Titans stepped up their game this week and played hard against the Blue Eagles. The Offense had it working this week, even picking up their first PAT on the first scoring drive. In his first game as QB, Joey Banks broke open a keeper and scored a thirty yard TD run. Kelvin Cobbley got a rushing TD and Banks added a third for the most offensive might we’ve had in several games. 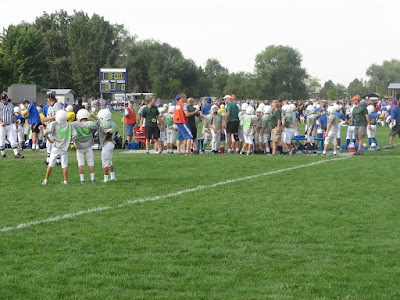 But the day still belonged to the Dominating Defense. The Eagles were throwing the ball all over the field and it cost them. The Titan defense snagged three interceptions divided among both corners – Jack and Dalton and the middle linebacker, Kaleb Severns. 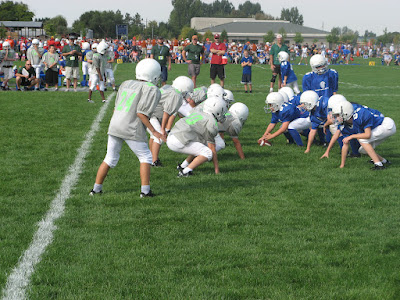 The Eagles tried running up the middle all day and the Dominant Titan Defense denied them every time. On a reverse play, corner Jack McConnell was faked out, but he ran down the back and made the stop. In another play, McConnell blitzed around and nailed the runner five yards behind the line of scrimmage with a powerful open field tackle. The other impact hitter for the Titans was the venerable Talon Floyd. You could hear Talon smack pads all over the field today. 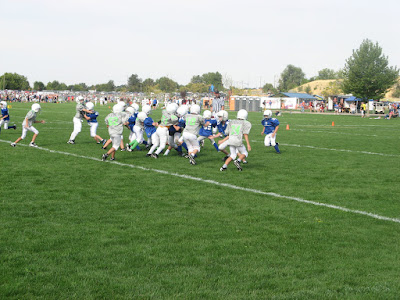 The 22-6 win moves the Titan’s record to 4-1 on the season. Players have improved immeasurably from last year. The kids have given their all and now only have two more games left in the season. Keep it up kids, you’re doing awesome! A SPECIAL THANK YOU to Coach Banks and his staff!