There are 108 double stitches on a baseball and the Cubs have as many years of losing before they finally won again. I’ve had the good fortune to be a Cubs fan since 1982 and I’ve seen many runs at the title end in sorrow. Now I’ve seen them win it all. This one’s for all the players over the years who have given me such delight at watching the game I love. This one’s for Harry! 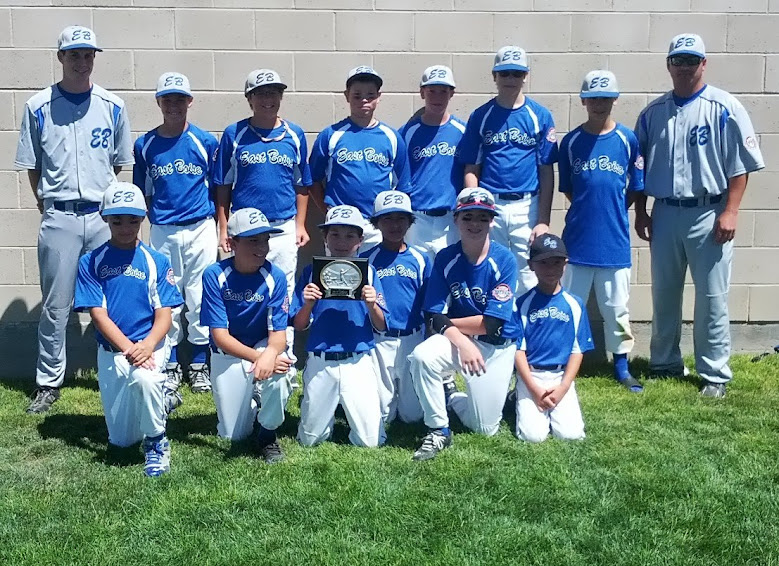 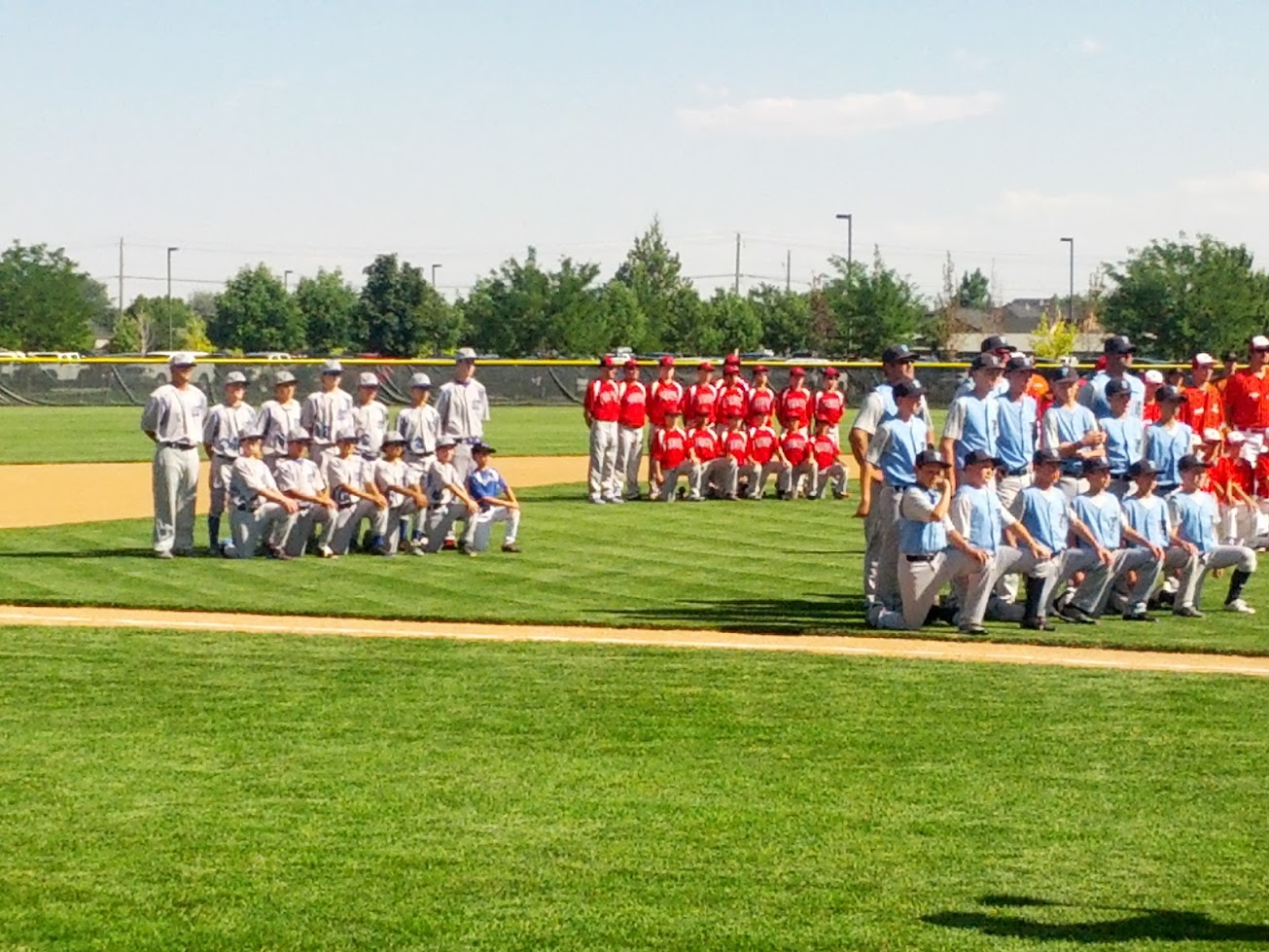 Teams lining up for pictures. 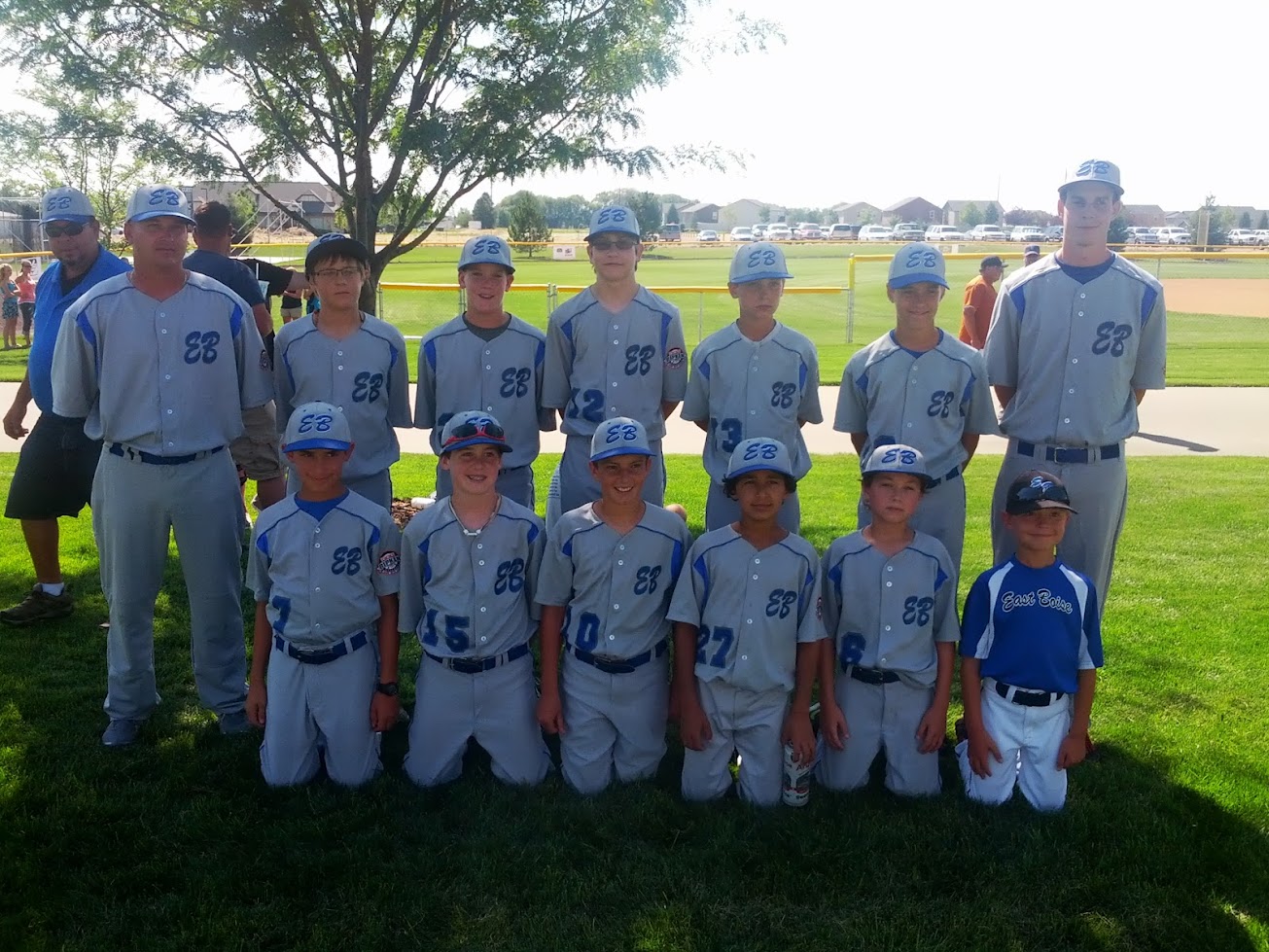 Good times at the Pocatello Classic last weekend. The East Boise Wolves made it to the semi-finals. The kids played hard and had a great time in Eastern Idaho. Even got to see a movie (Monsters University) in between games on Friday. 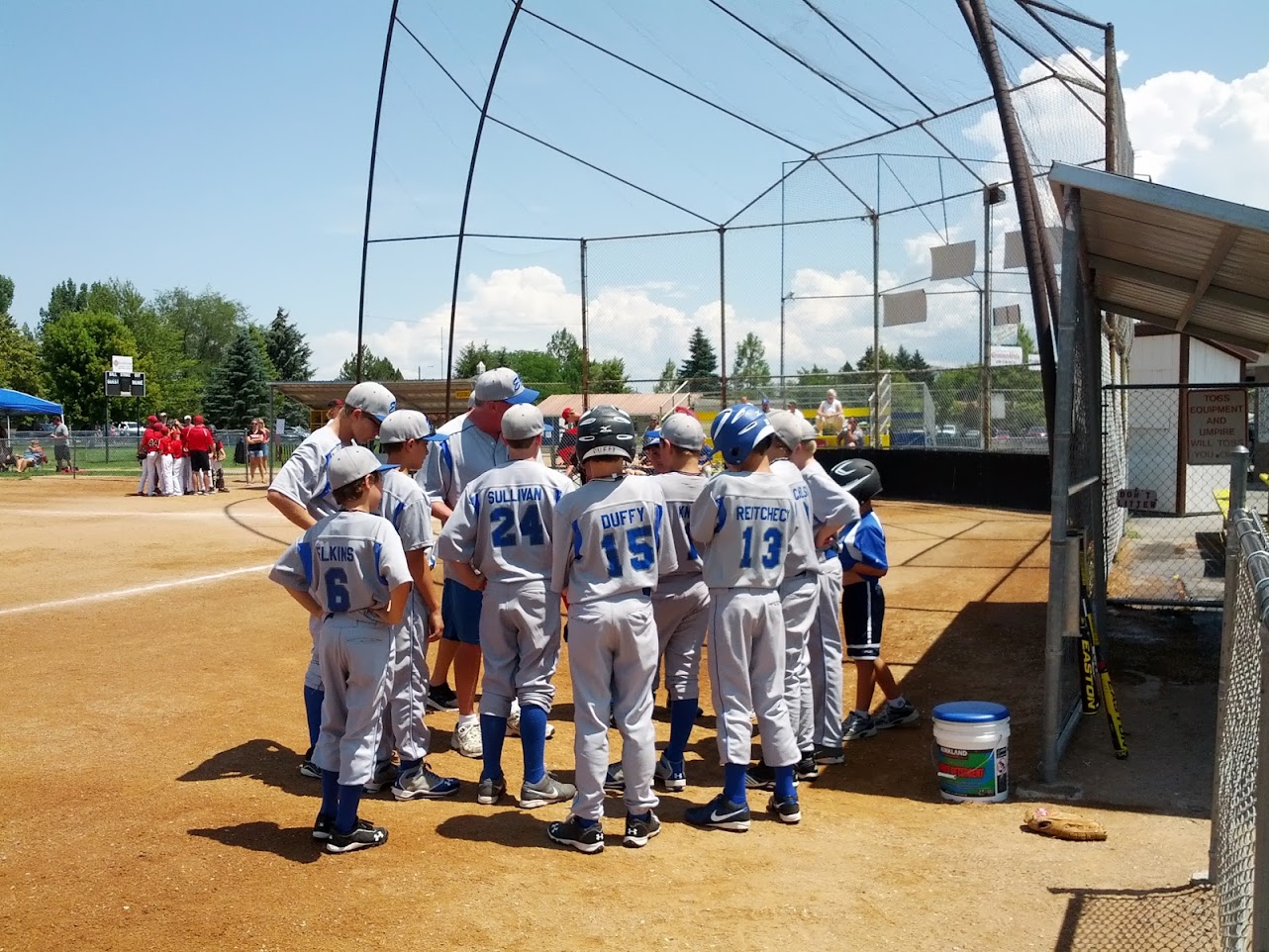 Here’s the team huddled for a pre-game talk by the coaches.

Jack at bat on the Yellow stadium at Chubbuck Field.

Our kids won two games against teams that used fatter bats and wore metal cleats. Pretty good ball players all around.  This week they are in Meridian for the State Tournament. Very exciting! 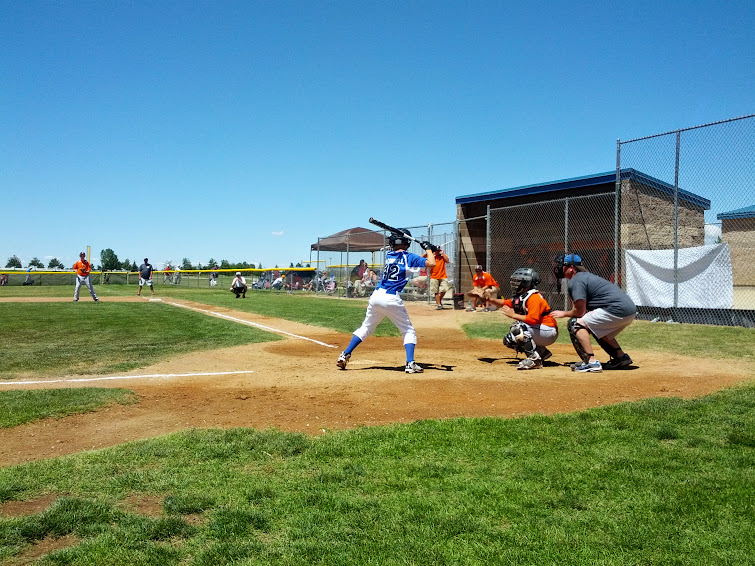 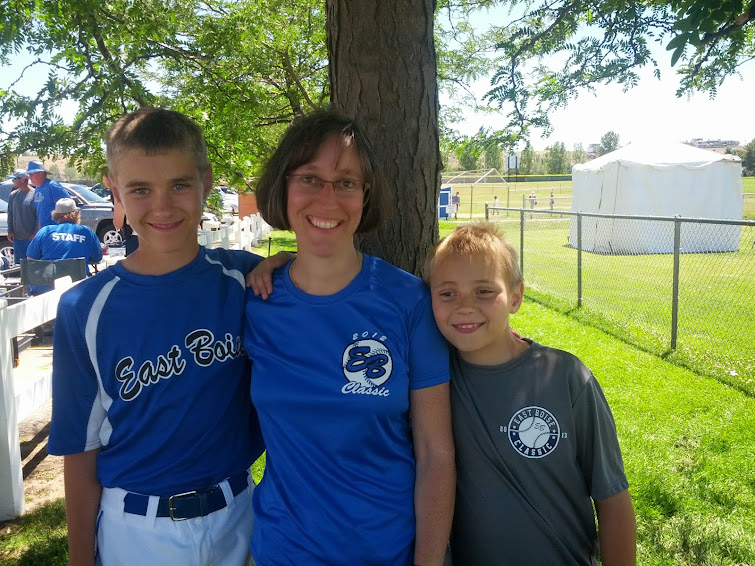 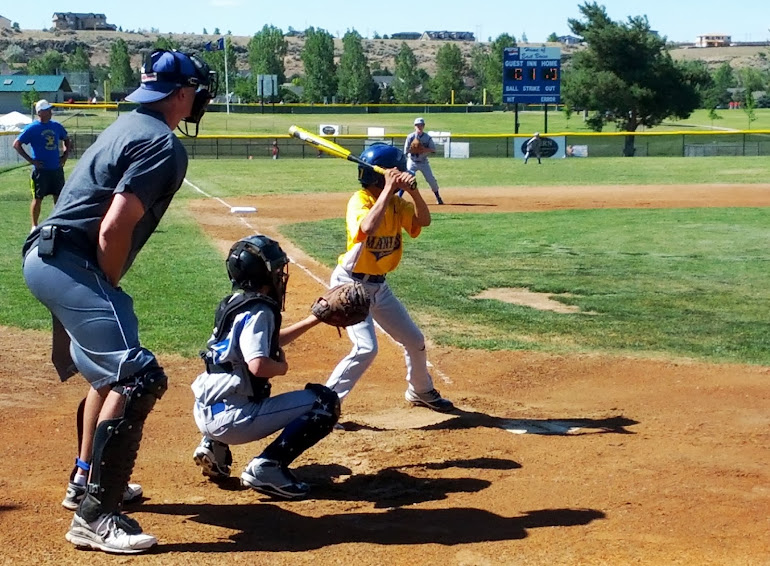 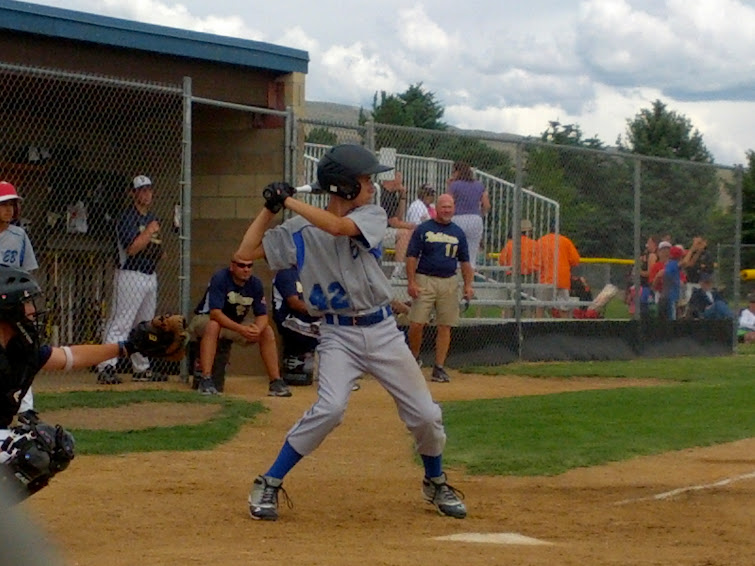 Today I have the day off to attend a double hitter at the East Boise Classic tournament. Should be a perfect day for baseball. Highs in the low seventies and mostly sunny. I’ll be taking lots of pictures if I don’t get roped into running the scoreboard like last night.

The Colorado Rockies (1-1) of the East Boise 70’s league take to Field 6 for pre-game warm ups. I really love the color and the spirit on display in this picture. The Rockies went on to win their second game of the season, 10-7 over the Los Angeles Angels. As you can tell from the position of the flag, it was some kind of windy. Gusting to 35 mph with temps in the low 50’s, left the parent fans in the new metal bleachers quite cold.

Two Rockies players hit three homers and one Angels player got his first homer in the game. All that with the wind blowing in!

Today was the start of my son’s youth baseball season. I’m no longer coaching, but I do still umpire. I was the third base umpire for the game, and just like last year, I watched my son drive one out of the park. Very fun.

As with every opening day, we take a picture of the kid in the front yard all dressed up in the new uniform. Here is Jack this morning. 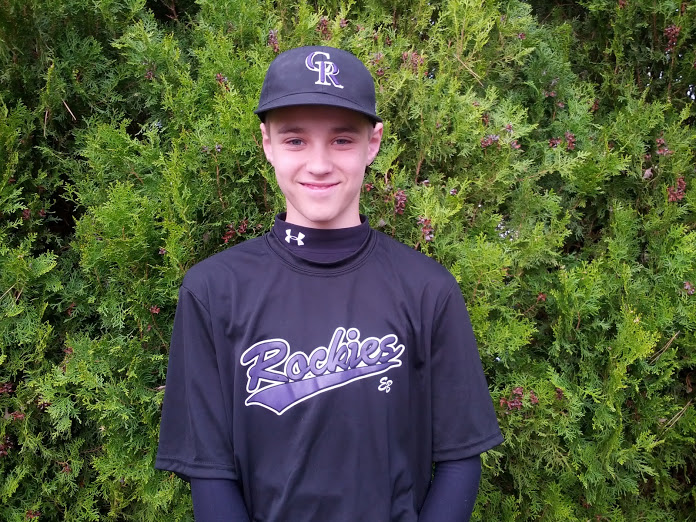 Here’s a head-to-toe shot for the whole uniform. That’s my glove that he’s decided to make his own. 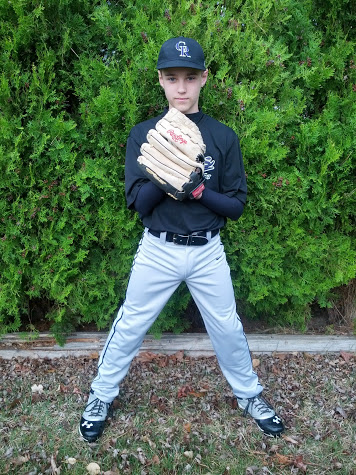 His team won a 4 inning exhibition game with the Cubs, 10-9. Four kids hit homers, two on each team. It was a great start to the season. 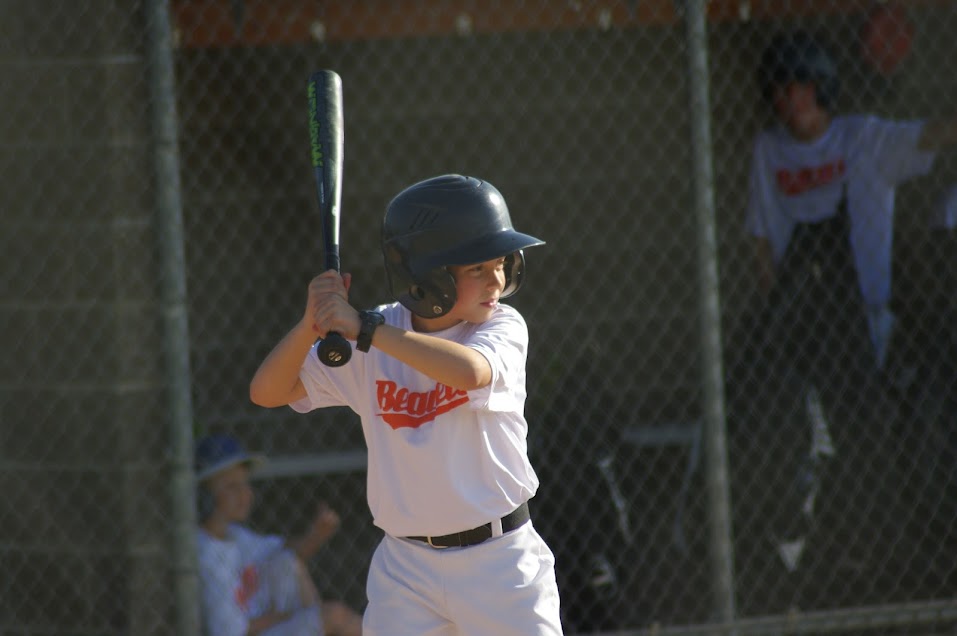 Above, Spencer at bat last year and below he’s on his new, custom built Minecraft server.