Just a quick update to let you know that The Rising is now available on the Nook and on Kobo e-readers as well as the Kindle. If you’re wondering why no Apple version it’s because I don’t own a Mac computer, so I can’t do Apple Store self-publishing stuff. I could go through other sites to get that, but I don’t really care about Apple. When Apple starts allowing someone with Linux to access it’s store, then I’ll care. Don’t hold your breath. 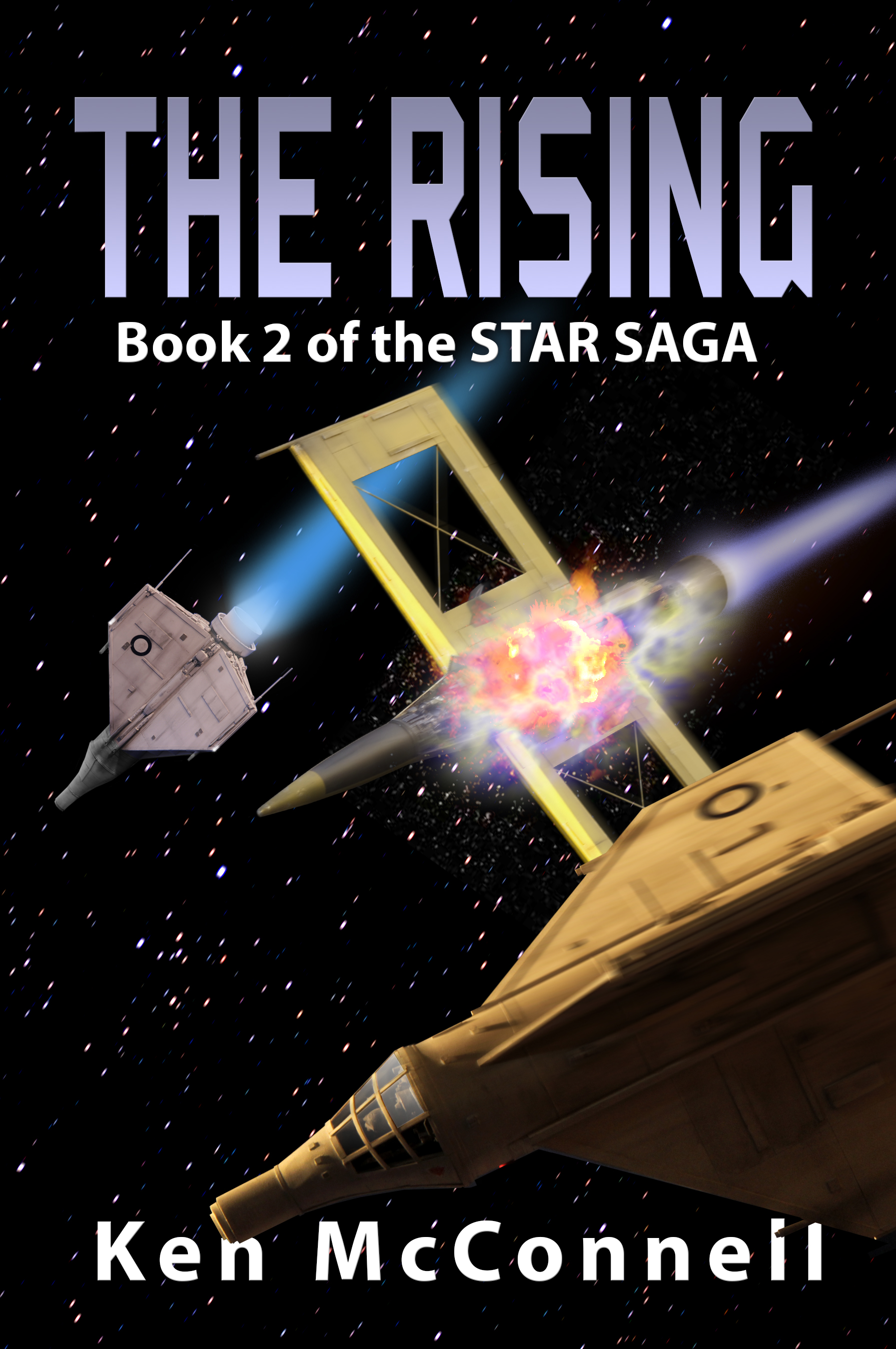 Tales From Ocherva, Volume One is now only .99 cents on Kobo, Nook and Kindle. At least it will be soon. This is your gateway into the Star Saga universe with short stories set on the dessert moon and featuring the Devon Ardel and her Stellar Rangers. Looks like Nook was first to post the new price. 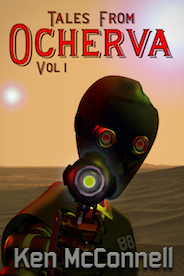 My first published short story, Ocherva is FREE on Kindle for the next five days. This story was featured in the anthology Barren Worlds from Hadley Rille Press. If you like this story, please go and pick up the anthology, you won’t be disappointed.

This Space Western story is the first to feature the main character of the Starforgers Era trilogy from the Star Saga. Devon Ardel is the fast shooting, hard drinking sheriff of the Stellar Ranger unit on the barren, Outer Rim moon of Ocherva. This is what happened when she first got to the moon and how its mysterious features changed her forever. I’ve changed up how I now use the Kindle Select Program. My novels and the anthology are now off the program and available in as many ebook stores as I can get them. But my related short stories are still in the Kindle Select Program. Instead of offering a short story free for the weekend, I have made it free for a solid five days. This means that you won’t see it for free again for about 90 days. But each week, I will feature a new story, so in a month you could get as many as four stories for free.

I wasn’t seeing any value to having the stories available for only two days out of the week. As for the novels, the Halo Effect that I was seeing when I offered them for free, is now no longer effective. Amazon changed their ways in the last few months and now offering books for free is kind of useless. Not sure what they were trying to do there, but they lost my books because of their changes.

The good news for most readers is that now only the short stories are exclusive to Kindle and all the other books are more widely available. Savvy readers will just buy the anthology and get most of my shorts on their chosen non-Kindle platform. This week’s free Kindle short story is Ocherva. An origins story about Stellar Ranger Devon Ardel’s first day on the desert moon. If you have read Starforgers, you will be familiar with Devon and her Rangers. This is where Devon’s Devils started.

The story was first published in the anthology Barren Worlds edited by Eric T. Reynolds for Hadley Rille Books.

This weekend’s free Kindle short story is “Silicant Remorse“. If you download that story, it includes a second short story called, “Rock Collection”. Rock Collection is my most successful short story. It has been read by over 3,000 people and also holds the unique distinction of being my most rejected story of all time. Nobody wants to buy it, but readers sure enjoy reading it.

Time once again to disclose the sales numbers for novels and shorts I have on the US market. The UK market was far less and all the other foreign markets resulted in no sales. The novels and the anthology were all selling at $2.99 and the short stories were all selling for .99 cents.

The red numbers are for free downloads from products that were listed for free for up to three days on the Kindle Select program. As you can see, nobody purchased those products when they were not free. Big goose eggs in the Sold column for those items. However, the Halo Effect did result in 3 sales of short stories that were not given away.

It was a decent month for the novels that were not on sale. Three of them sold over 20 which is some kind of record for me. Well, it ought to be anyway. Combined with the UK numbers, I was averaging about 4.5 books a day. Slightly down from the 5 per day in January.

For March, I’m changing things up again. This time I’ll be raising the prices of the novels from $2.99 to $6.99. No, I’m not crazy. I’m experimenting with pricing and a bit with marketing. I won’t be doing any free give away’s for the novels in March. The short stories are still going to be free one every weekend.

Raising prices above five US dollars is something I’ve never tried. Some people have reported increased sales with higher prices, others have report reduced sales but level income, due to higher profits. I’m using March to test the upper limit of ebook pricing for me personally. If  the market totally falls off to nothing, I’ll adjust the pricing and try again next month. I have that kind of flexibility because I’m not making enough off these things to earn a living at it. If I were, I’d be much less flexible.

Come on back in April and see how I did with the higher prices. 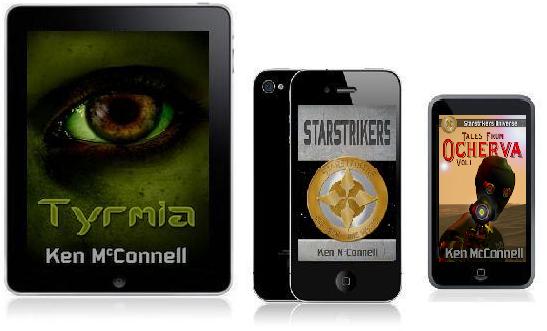 Tales From Ocherva by Ken McConnell

Buy it today and help raise the book onto a best-seller list. It doesn’t take much. The Kindle e-book is only $2.99!

If you enjoy a good Mystery and like computers or programming, you will love this book.

This is an impromptu Amazon rush, act now!