As of last night, I think I’m done with the First Draft of The Blood Empress. There are 44,270 words total which break down into four acts like this:

My focus now shifts to working on the second draft of Starforgers Book 2, The Rising. I should have this draft finished and in the hands of my Beta Readers by the end of January. Then I’ll shift back to The Blood Empress and work on Draft Two for that book. Hopefully by March that one will be in the Beta Reader’s hands.

If the publishing process stays on track, both of these books should released in late Spring of next year. Somewhere in that time frame I’ll have knocked out the outlines for Starforgers Book 3, Counterattack and Into The Black. Writing will commence on those novels this summer and hopefully end this time next year. 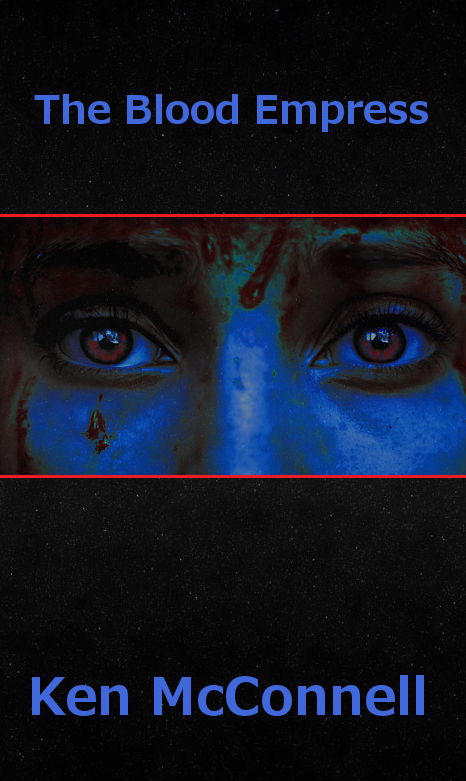 Today I didn’t write during my lunch hour. Instead, I read everything that I have written so far on my WIP. Sometimes its good to do that and see if you are achieving the tone that you are going for. Based on today’s read, I’d say that I’m  right on target.

This is the second book in the Starforgers trilogy. It’s called The Rising. The title refers to the humans rising up against the Silicants. The action is confined to a single planet for the most part. There’s some parts set in space, but this is not about the Great War, its about the Silicants and humans. So the war is there, and it’s ramping up, but it’s not the focus.

This novel is more character focused than space battle focused. The tone is darker and more human. The crazy, space opera feel of the first book is only there on the fringes. But this one reads like a dark mystery. Part of that gritty, real life feel is due to the technology in this trilogy being closer to present day than say, Star Trek.

Also, I’ve got some real characters in this one that are fun to write. Including a retired lawyer who lives in the woods and eschews technology. This guy will of course defend the Silicants in a murder trial. A semi-corrupt police chief, a young federal investigator who is naive but quite clever and of course, nearly the entire cast of the first book.

I’m about 10,000 words into the novel so far. I know this month is NaNoWriMo and all that, but I write all year round with the same moderate intensity.  So that means I write a book and a half and publish one every year. My goal is to get to two books published per year.

Sometimes when you are in the middle of a Work In Progress (WIP) novel, you get inspiration for the next novel. That happened to me this week. After a month long hiatus on my current novel, due to coaching my kids in baseball, I started getting ideas for my next novel.

I continued to write on Starveyors this week, but I listened to the muse on my next novel and wrote down the plot outline for it. The next novel is currently called The Rising. It’s set shortly after the events in Starforgers, Book One of the Star Trilogy and deals with the sentient androids in that story, known as Silicants.

I’m hesitant to say much about The Rising at this time. I spent some time this week working through the plot and defining some of the main characters. I have a really good feeling about the story. Although it’s set in the Star Trilogy universe, it is a stand alone story. My intention was to write it as a novella and release it as an ebook only. But now I’m probably going to keep it under wraps and shop it to agents when it’s ready.

The plan is to start the first draft immediately after I complete the Starveyors first draft. Then iterate with several drafts just like I normally do until finished. Depending on how long it takes me do the first draft, I could be sending out queries early next year.

Normally I’m pretty much a self-publish kind of guy, but sometimes you get an idea that you think might have potential to break out and get sold to the traditional presses. This story is one of those ideas. I’ll definitely be writing more posts about it later, but I won’t be giving many plot details on this one folks.

I finished the first chapter of my WIP this morning. It’s not perfect and I’m fairly sure it will change, but it’s in the can. Or at least on the servers at Google. I’m using GDocs to write this novel. Partly because of the revision capabilities and partly so that I can share out chapters to Alpha Readers and partly because it’s just so darn convenient. In a house with three computers, it doesn’t matter which one I’m on, I can still write to the same document.

Chapter One stats: 2220 words, 5 pages as it is now, single spaced. The template I’m using is single spaced and I find that more convenient than double spacing. When I download it to my computer and format it to standard manuscript specifications, it will be closer to ten pages. No worries that is within my target page length. It’s also not very complicated as my reading level is appropriate for a 13-15 year old.