As you may have noticed by now, you can actually order the K’nat Trap paperback before the ebook launches on the 18th of July. But if you’d rather wait for the ebook, that’s fine too, just get your pre-0rder in so it will appear on your Kindle when is releases. If you’re like me you will forget about purchasing it and then bingo, there it is in your reader and you’ll be able to dig right in on it. 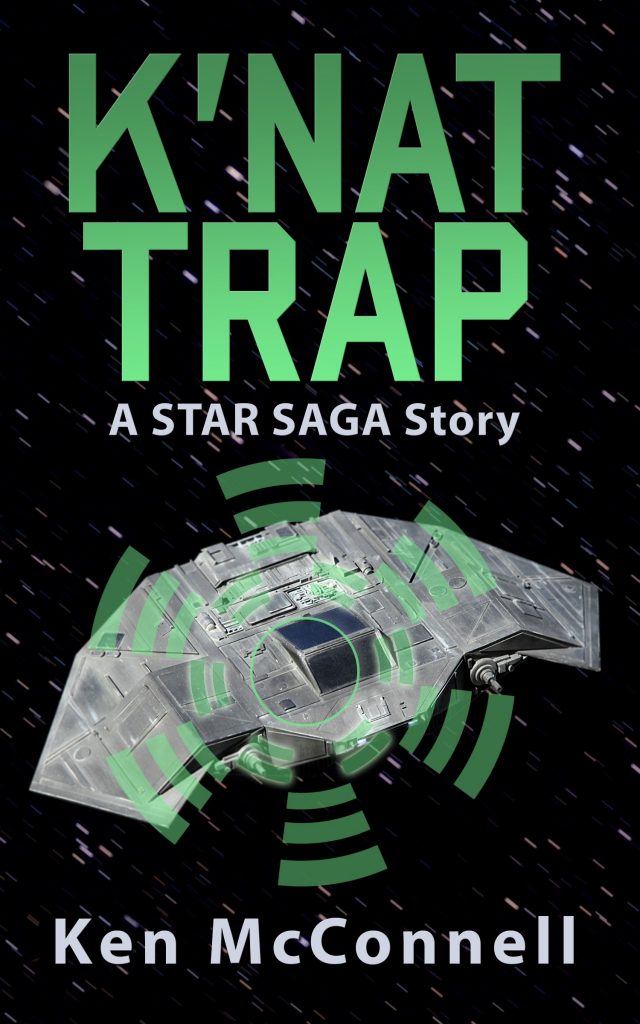 Remember, K’nat Trap takes place in the second trilogy of the Star Saga, right after Starstrikers. So if you haven’t read Starstrikers yet, now would be a great time to knock that one out and then you’ll be ready to tackle K’nat Trap.

In other random news… It looks like Amazon has updated the covers for two more of my novellas, Devon’s Blade and Corvette, to include the “A Star Saga Story” subtitle. So now it’s more clear to the casual reader that they are part of the series. Each of the novella’s come in between the numbered novels of the series.

Corvette is book one of it’s own mini series withing the Star Saga, set before the Great War with Voton. But I’ll make that more clear as the next Corvette launches in late summer. 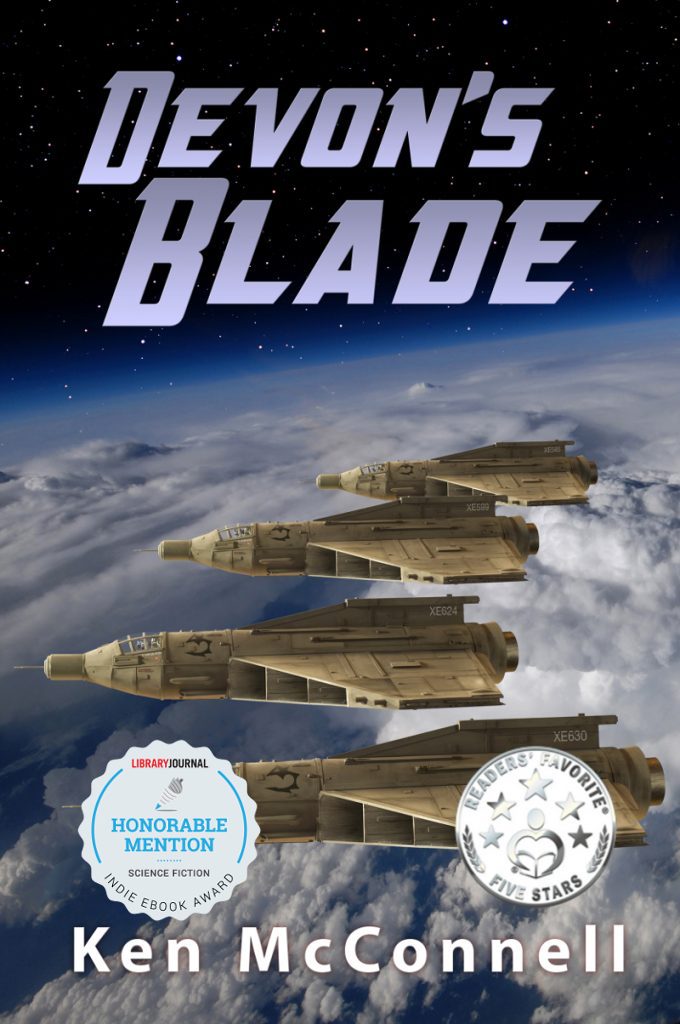 Library Journal’s 2016 Indie Ebook Awards have awarded Devon’s Blade with an Honorable Mention for Science Fiction. You can read what they said about it here. This little novella is my most awarded book, but I still can’t seem to get many customer reviews for it on Amazon. It doesn’t matter how awesome your book is, if you don’t have reviews, you can’t advertise and you don’t get sales. Please, if you’ve read this book, leave a review for it.

My latest scratch built starfighter model is the K’nat fighter or as they call it in STARSTRIKERS – the Shadow fighter. While I’m building my model from plastic and Renshape, my son is building his model in Blender. He’s much faster than I am. It’s going to be a race to see who’s fighter will make it to the cover of K’nat Trap, my next novella. 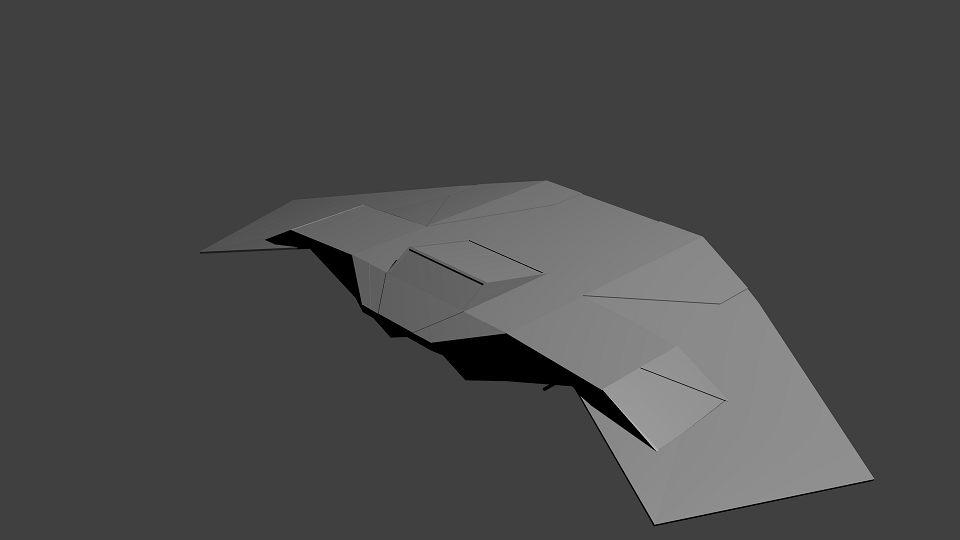 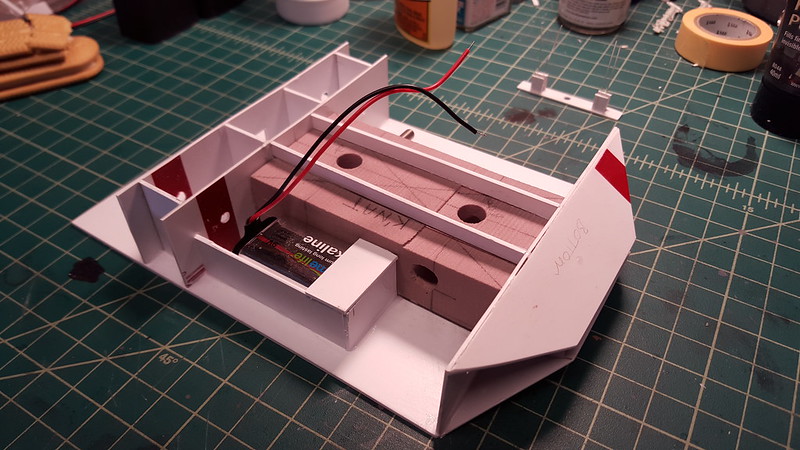 At this point, he’s winning.

We’re coming down the stretch for the release of The Rising, Book 2 of the Star Saga. Here is the cover as it stands today. What can we tweak to make it even better? Leave your suggestions in the comments.

One thing I’d like to tweak is related to a sense of speed. Perhaps a motion blur to the green starfighter. The explosion has some sharp angles near the leading edge of the wing that jar my eye. The only other thing I have is perhaps some navigation lights on the starfighters. 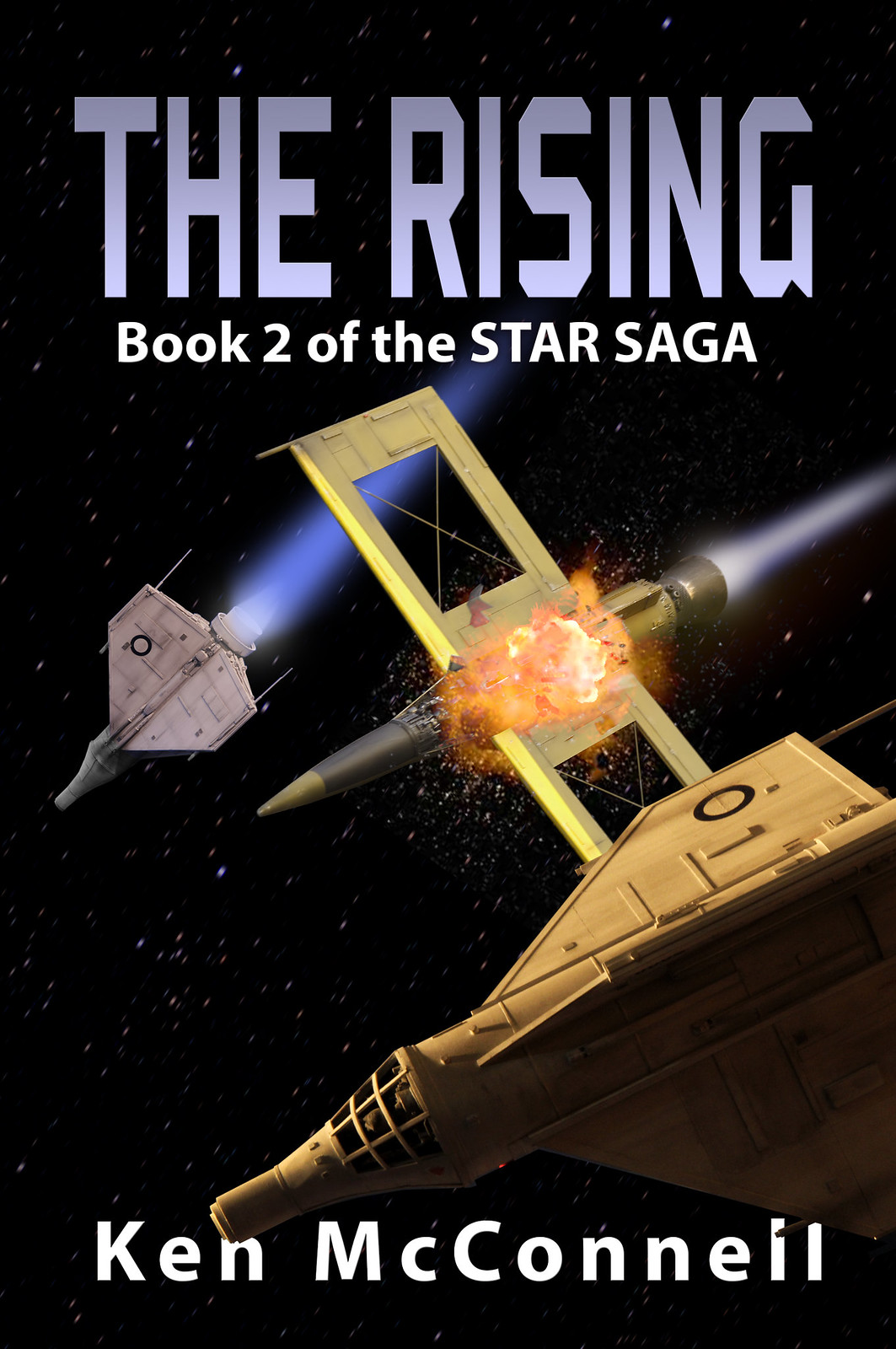 Sometimes I have an idea for a starfighter model but it’s not completely fleshed out on paper and I don’t know if the actual design will work. Or I may be working from a twenty year old semi-orthographic drawing, as was the case for the K’nat fighter. 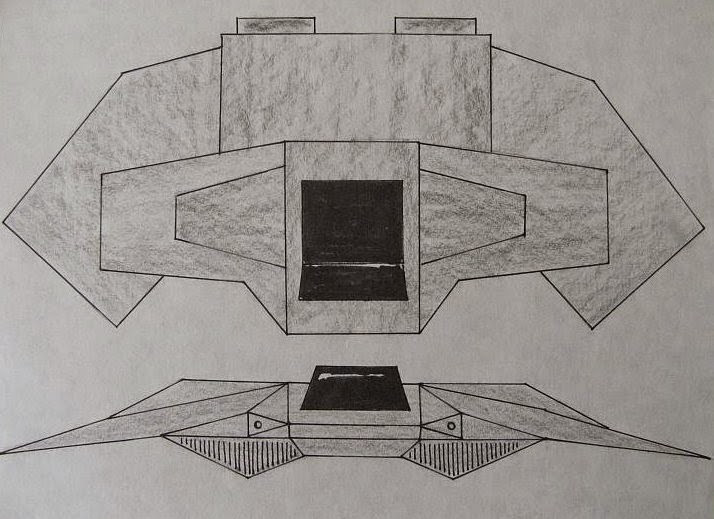 If you really start looking at this drawing you realize that it’s not even remotely accurate enough to actually build this fighter. So either I re-draw it or I make it and start changing things as I go. Sometimes the later route will let you find new aspects to the design that you can’t see with a drawing. Like a 3D artist with the ability to rotate his art around and look at it, building the model in posterboard let’s me see it from all angles. 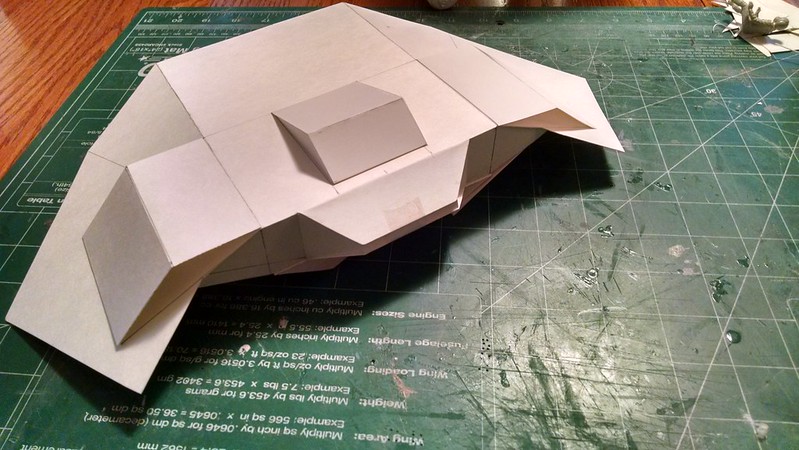 This is what I came up with using posterboard. It looks a bit like a sparrow to me. Very bird-like anyway. There are some things I like about it and some things I don’t. I will mess around with it more before finalizing the design. 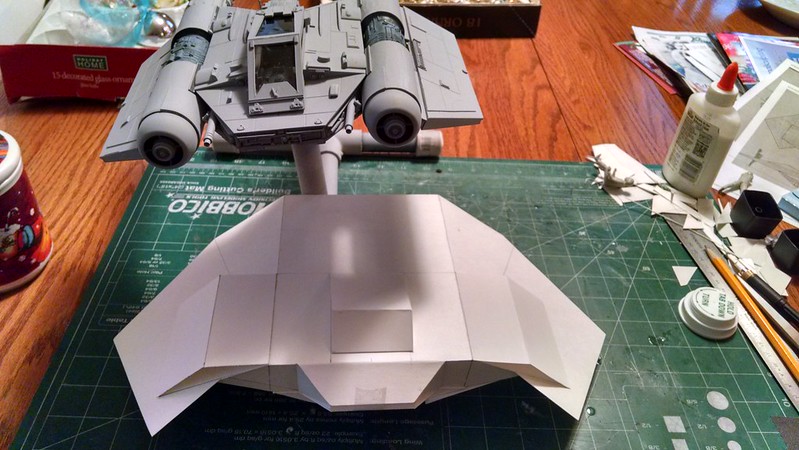 Here is the mock-up under it’s predecessor, the Terrox fighter. They are similar in size and even in some design cues. This is on purpose. Ships should look like they have evolved, same as airplanes from the same manufacturer. 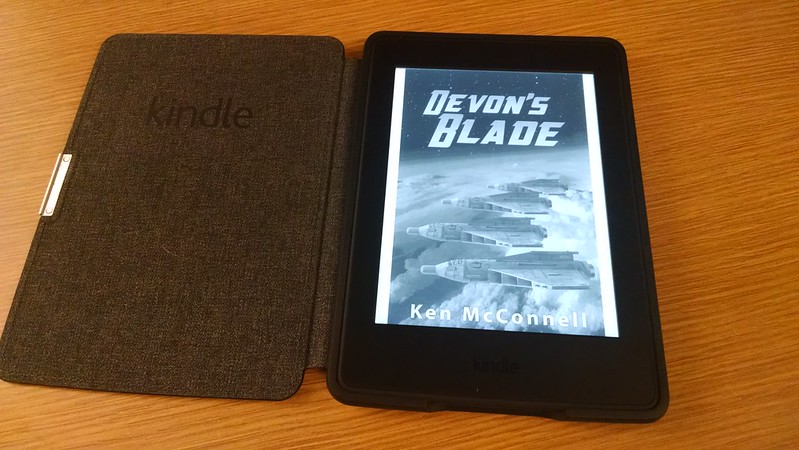 My first novella, is now available on Kindle. It’s a short read, maybe take you a couple of hours. It’s a good introduction to Devon Ardel, my all purpose Sci-Fi hero who happens to be a bad-ass in a starfighter. You know what women pilots call a fighter’s cockpit? A box office.

If you like stories about fighter pilots who fly starfighters instead of jets, you’ll love this one. It’s a classic war story about a veteran squadron commander who’s sent to a remote unit to help turn it around. There’s lots of combat, lots of character development and you might learn something about the fighter pilot culture. I had a blast writing it and those who have read it seem to like it too.

If you have read this novella, let me know what you thought of it. There are two more planned starfighter-type novellas and I’m writing the second one right now. As always, any reviews you can leave or mentions you can make about the book on your social media sights will go a long way in helping the book take off.

Thanks for being a reader!

The primary Votainion starfighter in the Starstrikers Era is the Terrox. This twin engine, twin canon design is fast and deadly. A direct ancestor of the Twin Tube design from the early war years, the Terrox is a war tested tried and true design well loved by those who fly it. 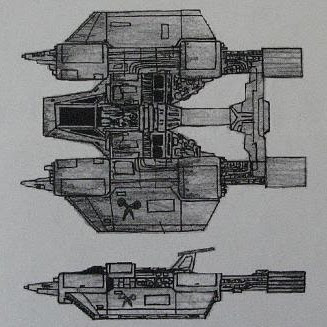 This is the only decent drawing I have of it. I expect to build this in 1/32 scale at some point for the book covers in the middle trilogy of the Star Saga. The final design will no doubt look slightly different. 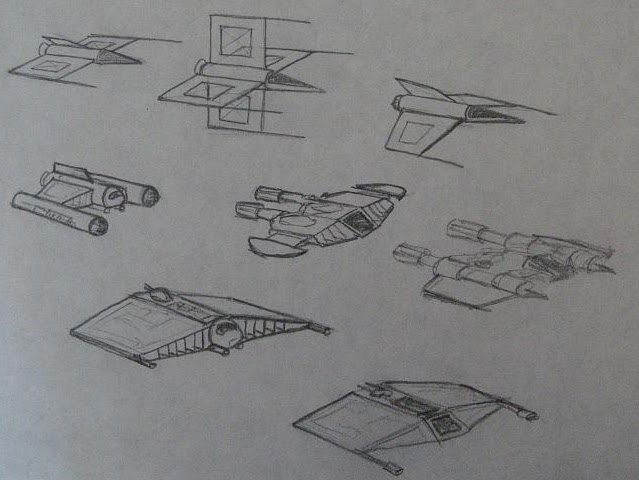 This old drawing shows the three main lines of Votainion starfighter designs. The KIV line eventually dies and the Terrox and Reemer lines carry on into the second trilogy. I’ll have to update this graphic when I finalize on the Terrox. The Reemer is final, though I have not built it in plastic 1/32 scale. There are always more ideas for models than time allows me to build. You can see the KIV line dies out after a great run in the first trilogy. 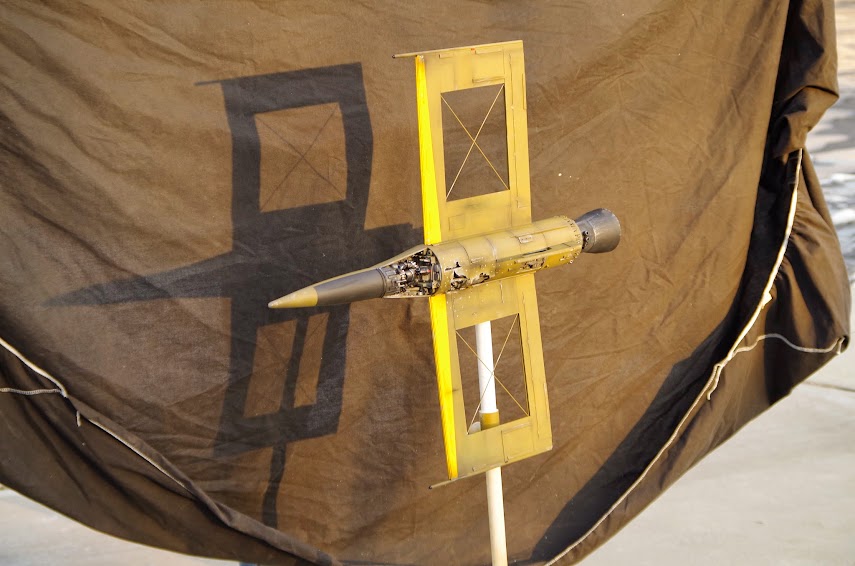 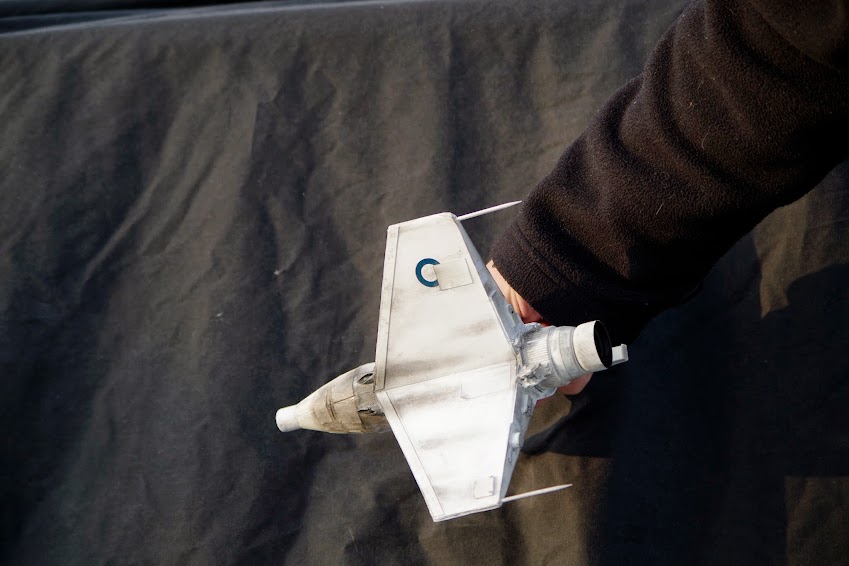 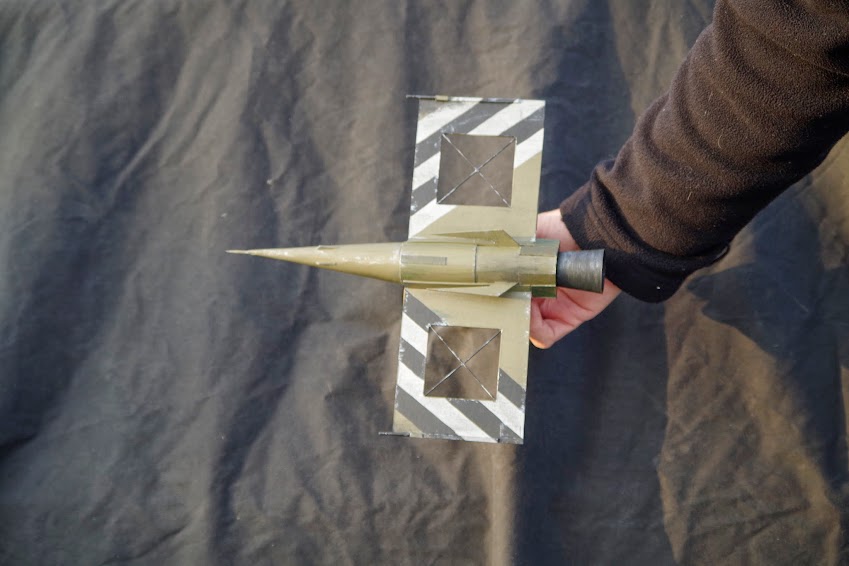