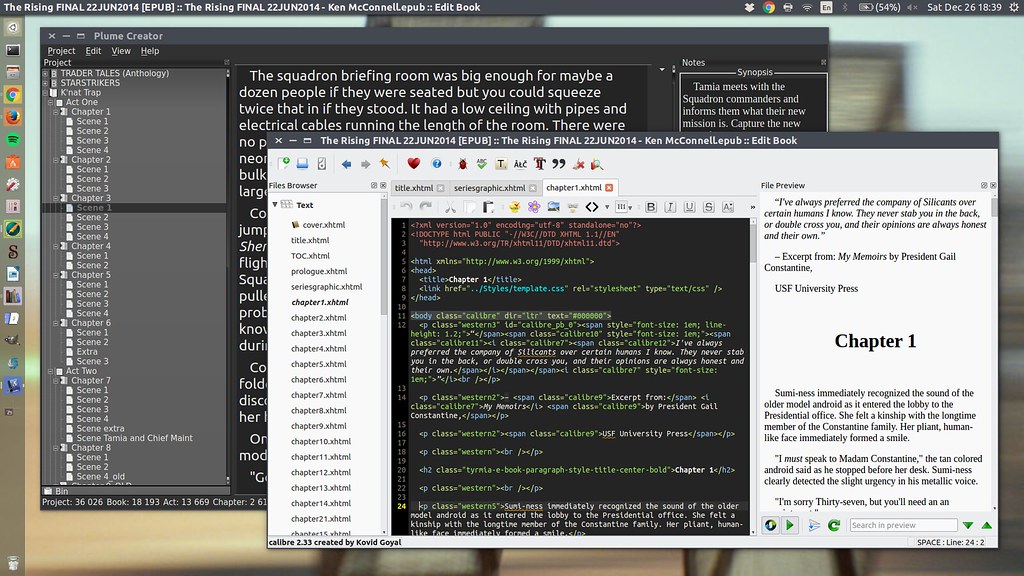 Recently I posted about my writing workflow. In that post I exported my first draft from Plume Creator to OpenOffice for editing. The problem with using Write or Word to edit is that you wind up with multiple version files and comments or changes can be lost or not backed up. So for my current WIP (Counterattack), I’m going to use Google Docs. I’ll export from Plume Creator as usual and then upload it to GDocs and label it Draft Two. Do all my editing in GDocs and then when done, let my Beta Readers read directly from the document and add their comments to it all at once. Then I’ll stop sharing it and either take or reject their comments and clean up the document again. Rename it Draft 3 and then invite my editor to edit the document. When he’s done, I’ll make his changes and then clean it up again. This will continue until the Copy Editor is finished. When the document is all done, I’ll use Jutoh to create the ebook and break out the chapters to RTF to send to my Graphics Designer for the paperback layout.

At this point in time I only have a few chapters left to write on Counterattack. Then I need to self-edit Draft Two so that it’s readable by the Betas. I’d like to be to the Beta Reader stage by December. Somewhere in there I’ll be starting to write Devon’s Blade with an eye to getting that one out next year too. We’ll see if this new change to GDocs speeds up the post production flow for a novel and if it works for Counterattack, I’ll probably make it my default workflow. 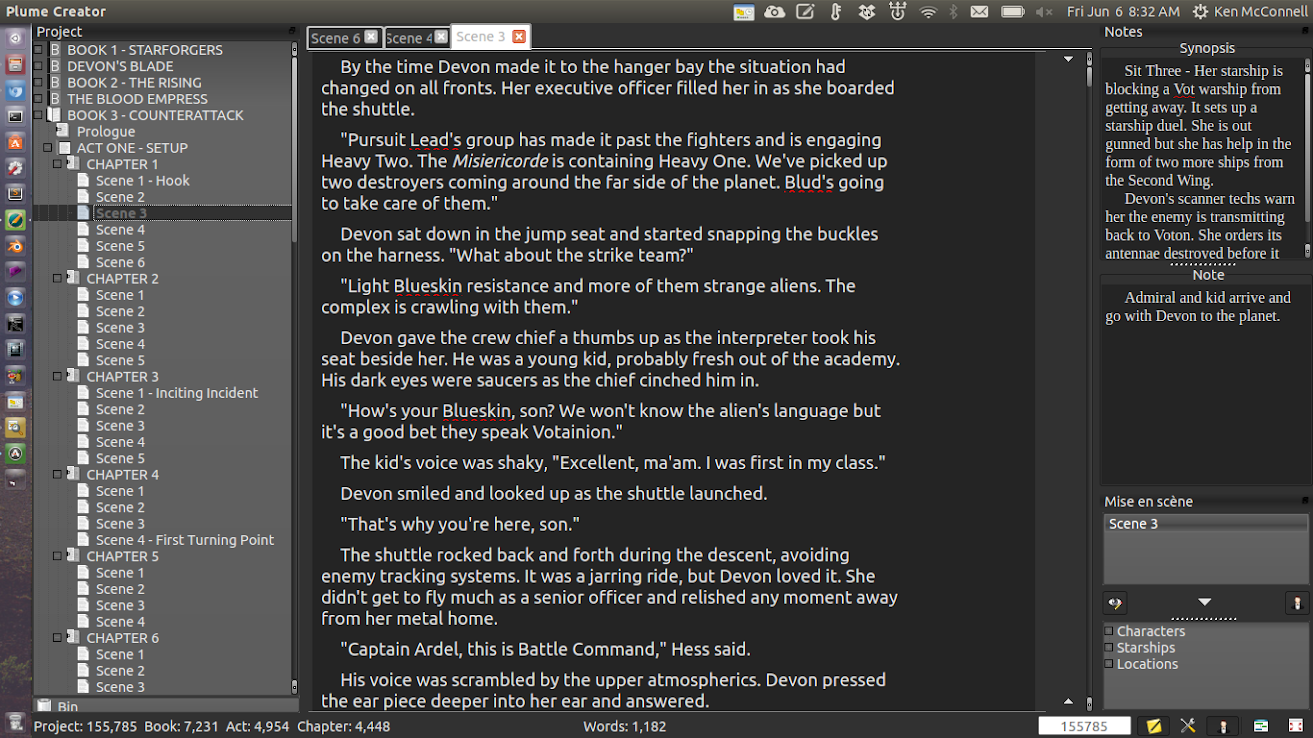 I didn’t get to write every day this week as I kept a few lunch dates with coworkers. Sometimes the writing that I did get to do went smoothly and sometimes I struggled to imagine the scene I was writing, and at least once I went completely off course. Today’s writing session will be about getting back on course and wrapping up the first chapter. I’m sitting around 4K words at the moment but that will get chopped by about a thousand, I’m guessing. I don’t really want to add another chapter, so clipping and sanding is in order until it fits.

Then it’s onto chapter 2 next week. Bring on the bad guys! It should be fun to get back into the head of Empress Nykostra and see how she is running the war. Having just wrote a complete novel about the child empress that pretty much sets up Counterattack, I’m looking forward to continuing her story. Counterattack will mark my third novel written in Plume Creator. Unless someone comments that they have done more, I’m pretty sure this is a new record for that piece of Open Source writing software. Which is cool. If you get lost in all the options of Scrivener or are outgrowing Word, do give Plume a try. It’s free and it works great on all three operating systems. Oh, and it looks flipping awesome on Ubuntu.

I’m going to try and do a Progress Report every Friday to let you know my status. Not sure if I can keep that schedule, but it might provide me some added incentive to you know, write more.

In the form of a blue line. I just wanted to let folks know that I’m keeping track of my progress on this novel. You can find the progress bars on the main page of this website. The next novel I’m to write is Devon’s Blade. I have not chosen a color for it yet. It might wind up being green. 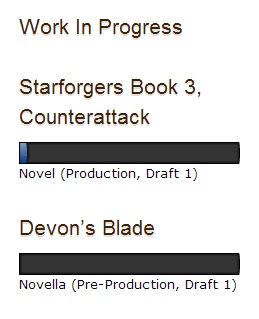