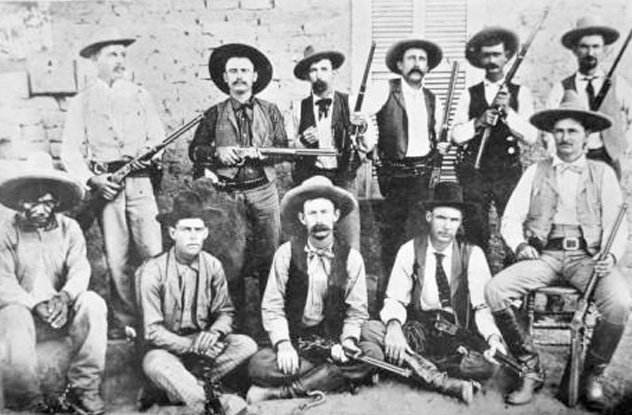 A few years ago I wrote a bunch of short stories about a Stellar Ranger company stationed on a small, desert world named Ocherva. Those stories eventually culminated in book one of the Star Saga – Starforgers. The western style hero of my stories was a blonde woman named Devon Ardel. Devon went on to become the central character in the first three Star Saga novels and a huge reader favorite.

But she was born from a long and masculine tradition of the American cowboy and more specifically the Texas Rangers. Pictured above are some actual Rangers posing with their weapons. Pretty much the quintessential western bad asses. So I created the Stellar Rangers in their image. But in my research about the west and lawmen I came across a 1950’s album called Gunfighter Ballads by Marty Robbins. 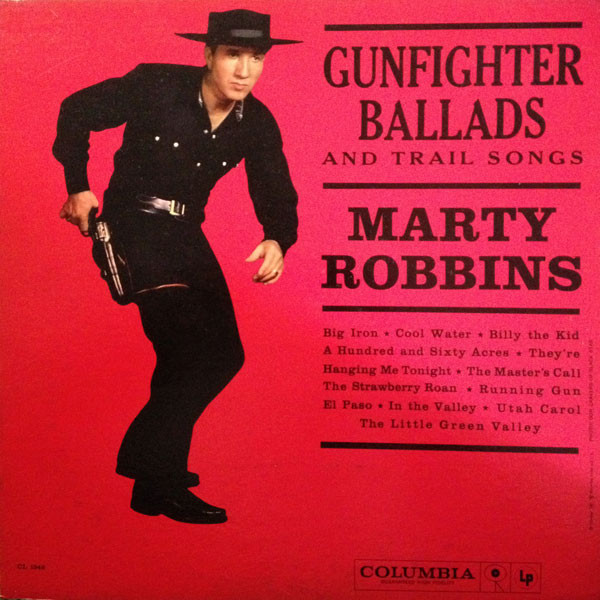 I loved the gunslinger pose Robbins did for the album cover and specifically I liked the flat brimmed hat he wore. That became the look of my my Stellar Rangers. As I listened to the album I quickly became a fan of Marty’s music. Some of my short stories make references to songs on that album that probably only a Marty Robbins fan would pick up on. 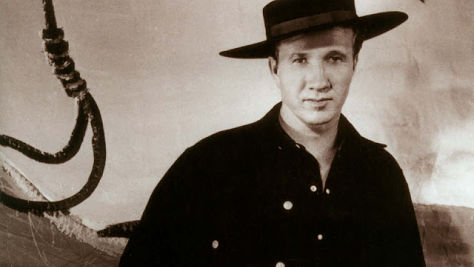 I’m not a fan of today’s Country music but I really enjoy these Western songs from the 1950’s. If you’ve never listened to this album you owe it to yourself to give it a spin. Great stuff and great musical story telling by Marty Robbins.