One of the best parts about being a self-published author is getting to do your own covers. Most writers don’t want anything to do with the process. But for me, I see it as a great way to showcase my model building hobby. I’ve always built plastic models since the time I was a kid. When I was a teenager my buddies and I would scratch build our own models from cardboard and bits of broken kits we had on hand. They were pretty cool for the time but limited to what we could scrape together with our allowances. We drew hundreds of drawings of starships we never got around to building for a Sci-Fi epic I was slowly writing. Skip forward about thirty years and now I’m writing novels about those starships and those novels need cover art.

About the time I started writing these novels I picked up my scratch modeling hobby again only this time I could afford to make them the same way they used to be made in Hollywood when I was a kid. The only tough part now was figuring out how to arrange them on a cover in such a way that would make someone want to buy the book. For this I enlisted the talents of my graphic artist brother, Byron. Byron takes the elements of each model, combines them with cool backgrounds and effects and then overlays the titles on them. He makes the models come alive as if they were real.

For my latest novel, Corvette, it all started with a thumbnail I did in Gimp using a model of a Votainion warship that I already had and a stand in model for the yet to be built corvette.

I knew we were going with orange and blue for the main colors of this series so I used those colors for the titles. It’s crude but it lets Byron know what I want without actually drawing it. Sometimes I do start with sketched but this time I just hacked together stock images of similar models to get the idea across.

Meanwhile, I had to build the actual corvette model and you know, write the book. The model was scratch built using a drawing I did based on the SS Sokol model featured on other Star Saga novels. It was built to the same scale as the Votainion warship model – 1/350. Below you can see it coming together on my workbench some time last year. For a complete account of this build please check out this post. 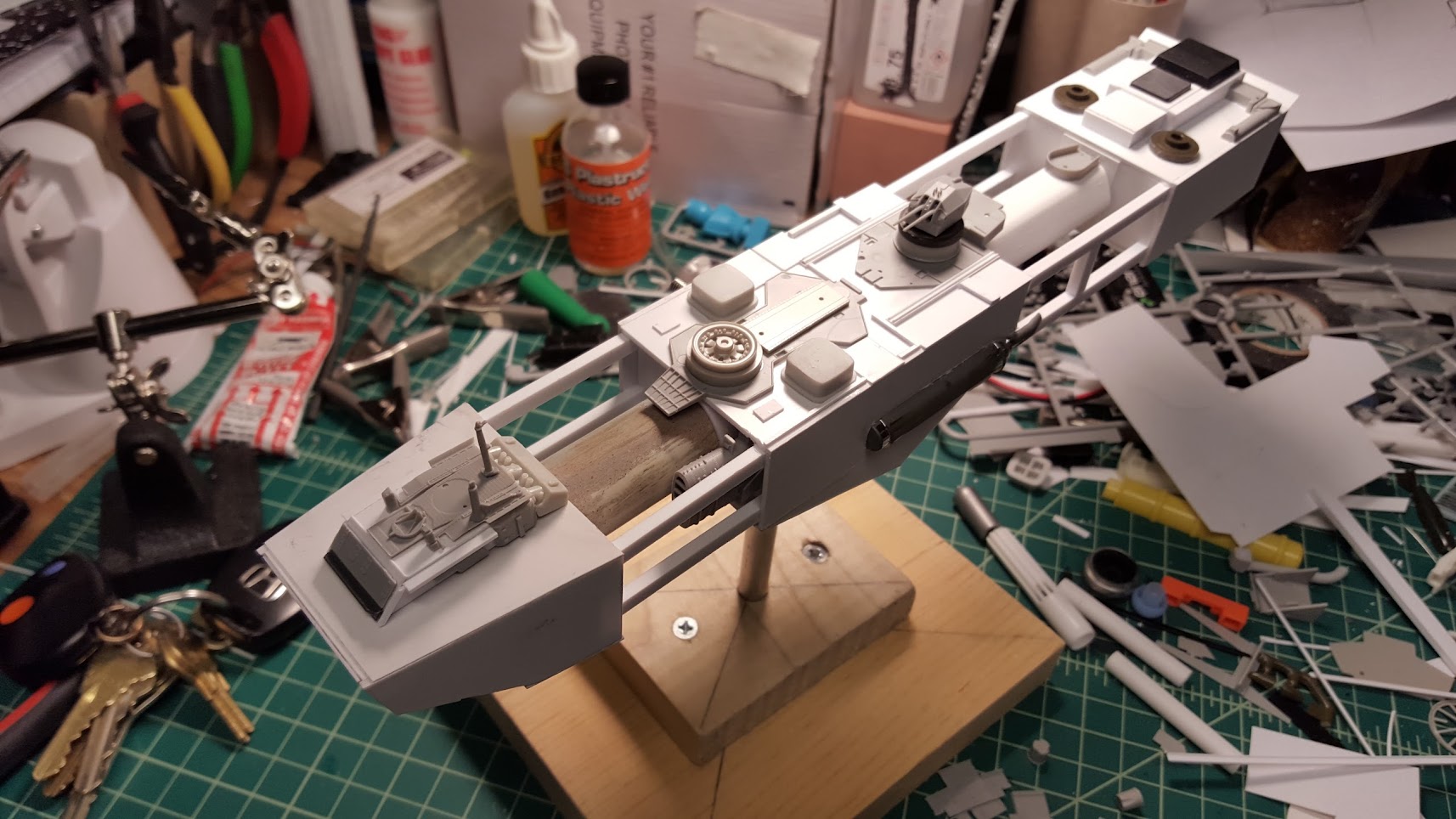 The Votainion warship was sketched out years ago and built a few years back for the first few books of the series. Here’s what the original sketch looked like below. 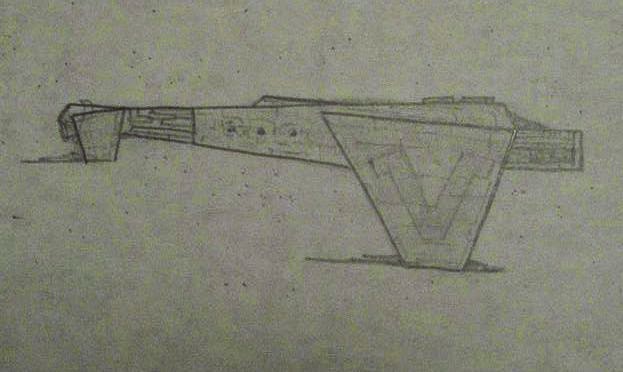 Here is a shot of the larger model under construction. For a more detailed look at how I built this model please check out this post. 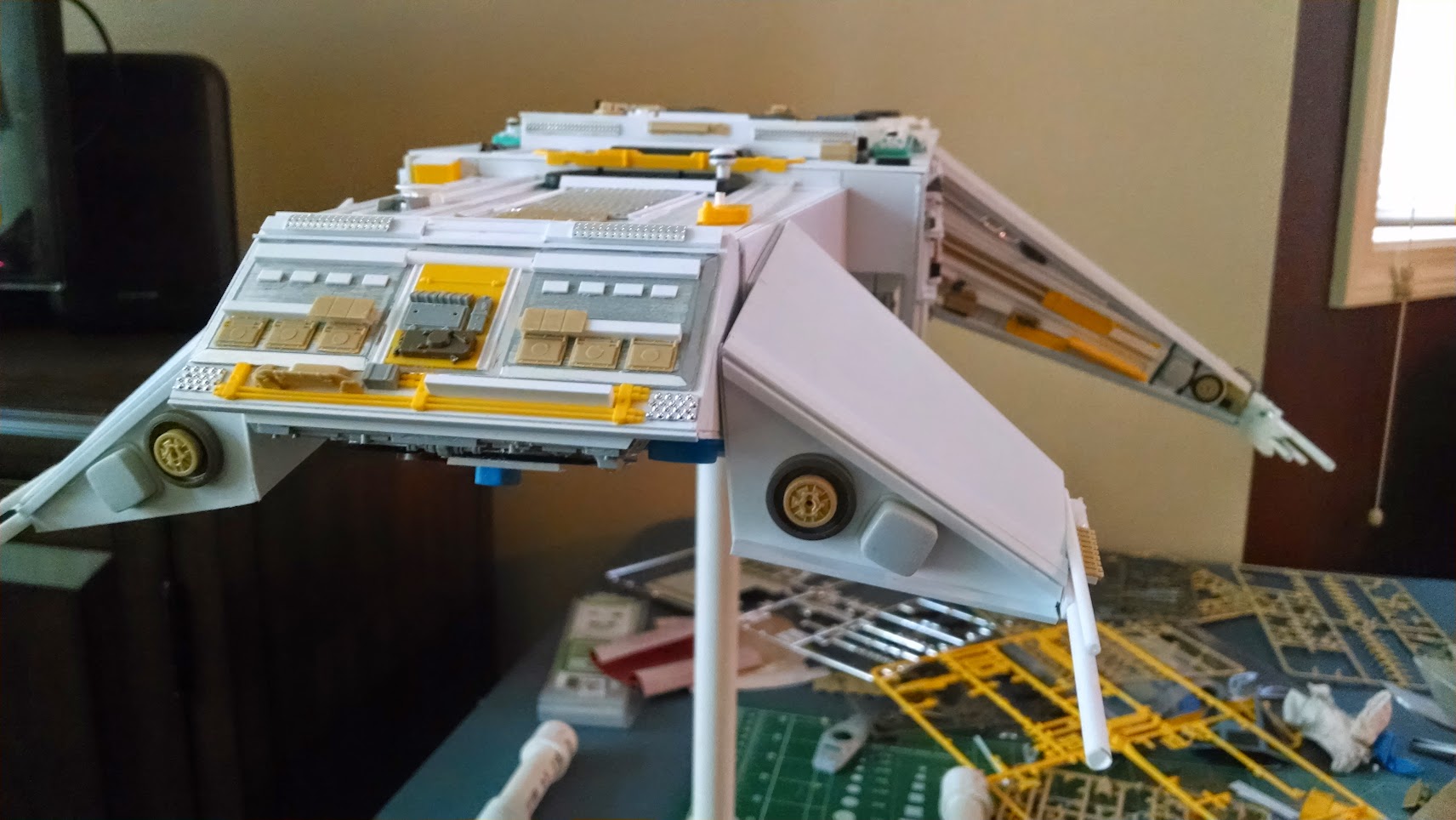 Here are both models being photographed against blue screen for the cover of Corvette. I use a Canon digital SLR to photograph the models in high resolution then hand off the images to Byron for Photoshoping. 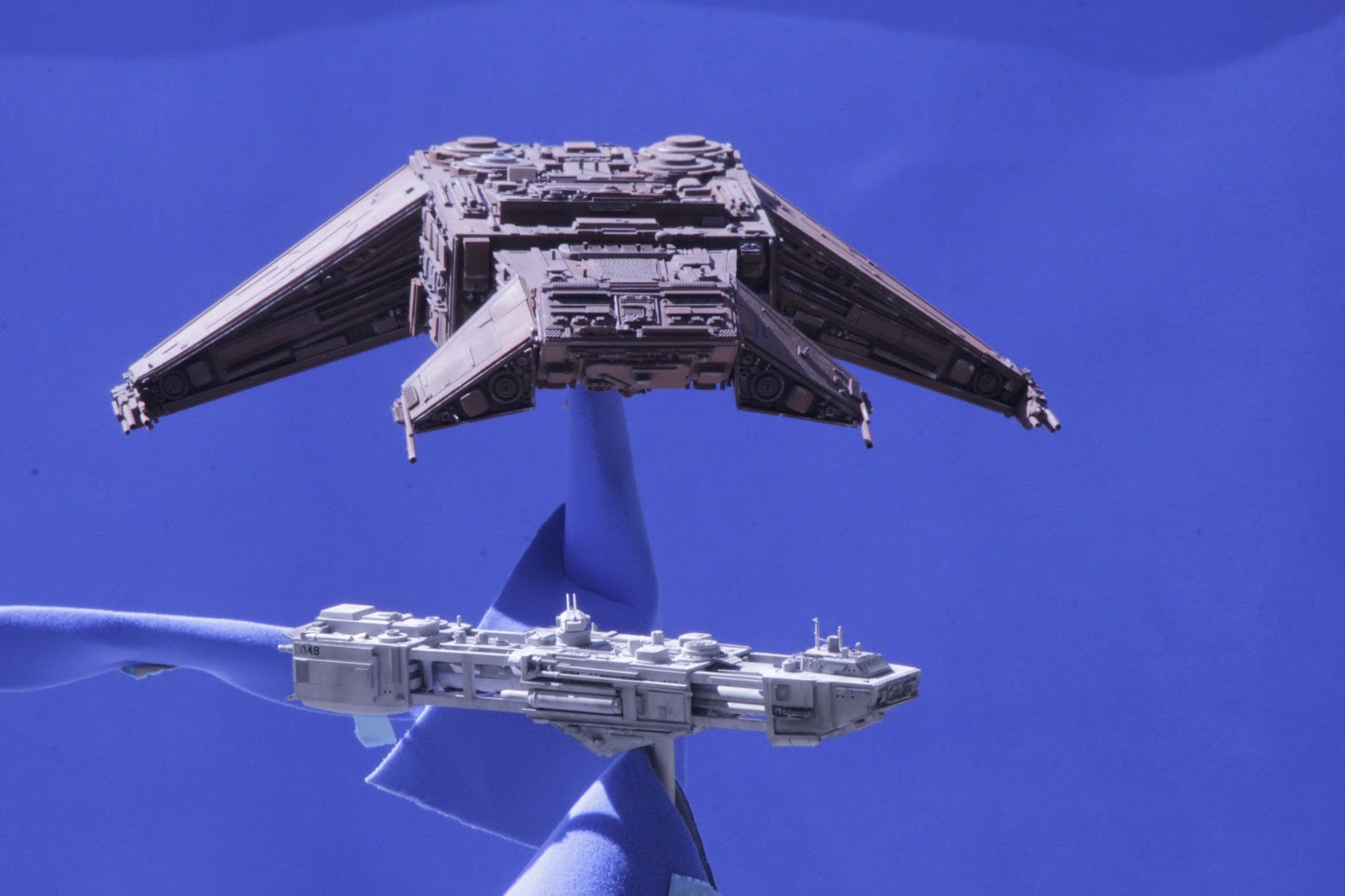 This is the first attempt at the cover using the new corvette model and the older warship model. I chose a green background because in the novel, the sh

First version with new Corvette model. This was another Gimp thumbnail that I did and the colors are all washed out so we could focus on placement of the ships.

I decided to try a different direction, using the Gimp paint filter. I was hoping this would produce an image that looked painted. But after examining it we decided it made the Votainion warship look like it was sculpted out of clay. I also tried making the larger ship bigger and that didn’t quite look right either.

Below is Byron’s first green nebula and laser guns. Author name has the wrong font. I had to explain that the corvette used a rail gun instead of an energy gun so we would have to change the red lasers. Also, we wondered if the background needed to be green or not, so I had him try a blue background.

We tested the blue background with random folks and everyone seemed to prefer the green so we dropped blue.

The cover was nearly complete at this point when I realized three major issues. First of all, the corvette looked better at an angle in front of the warship for giving the cover depth. Secondly, the author name was in the wrong font. And thirdly, the rail gun rounds just didn’t pop.

After those changes were made, the cover seemed to pop right out and demand your attention. So we left it alone and went to press with it.

This process took the better part of a year to complete and was started about the same time the book. I had to build a model at the same time as I wrote the novel, which is not unusual and affords me a great visual aide while writing. I think the finished cover is one of our best yet and should help sell the novel and bring in readers to the series. If you purchase the paperback of the novel the cover really shines with a glossy cover.

Corvette is available to purchase Tuesday, March 21st from Amazon as a Kindle ebook and a paperback.